Our review of the Sennheiser Momentum In Ear, which is a single dynamic driver universal IEM with an intuitive remote for iPhone and Android. It is priced at around $100.

Disclaimer: This was sent to us as a sample for our honest opinion. Headfonics is an independent website with no affiliate links or services. We thank Sennheiser for this opportunity.

You can click here to learn more about the Sennheiser products we have previously highlighted on Headfonics.

Note, that this post follows our latest scoring guidelines which you can read here.

Sennheiser Momentum In Ear
Overall then, Sennheiser has released a solid product with the Momentum In Ear. With strong bass and good treble performance, tracks are dynamic and involving. I am especially impressed with the stellar bass which offers power yet retains control and gracefulness.
Slide here to add your score on the gear!27 Votes
7.7
7.7
Reader's Score
$100
Sennheiser

Sennheiser is a well-known brand in the audiophile community as well as the mass market due to its ability to cater to a wide range of user tastes.

With excellent quality and innovative acoustics, the company is a true ambassador for German engineering. Particularly popular amongst the mass market was their recent release, the Sennheiser Momentum headphones which have won over many supporters for their stylish design and favorable sound.

The company has now gone on to release the Sennheiser Momentum In Ear in an attempt to capitalize on the same success that the Momentum headphones have earned them.

Priced at £90/$100, the Momentum In Ear incorporates a dynamic driver that rivals the similarly priced Fidue A71 in-ear monitors whilst differing completely in style and approach.

The Momentum In Ear come in the standard well-polished Sennheiser packaging which can be seen in stores nationwide. The monitors themselves come wrapped in a plastic cable winder which resides in a classy Sennheiser embossed carrying case.

Included are four sizes of single-flange silicone tips with a cross-brace design. The packaging is excellent which is not surprising seeing as Sennheiser have a wealth of marketing resources at its hand and have been in the game for a long period of time. 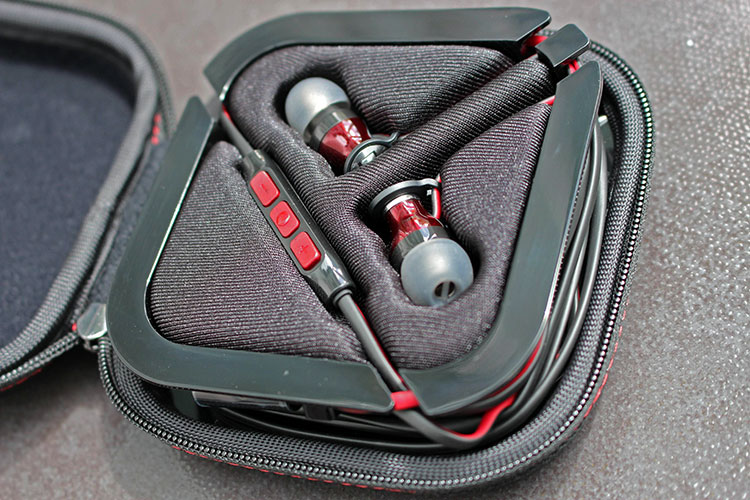 The Sennheiser Momentum In Ear rock a bold design that is nothing short of a confident and well-implemented decision on Sennheiser’s behalf to capture consumer interest.

The acoustic tubes comprise of a durable stainless steel finish but the actual housings sport a reflective plastic material. This has its downsides, particularly the lack of durability compared to metal equivalents but at the same is practically more appropriate due to possessing a lighter size.

The red and black cable is sleek and completes the overall look of the Momentum in-ears. Strain reliefs are secure and the 3-button in-line remote is well-placed and a nice additional feature. 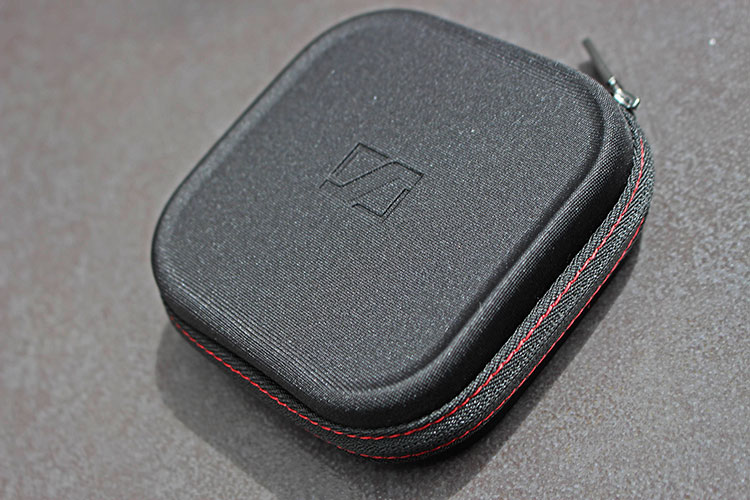 Despite having a larger-than-average-sized housing material, Sennheiser has utilized ergonomics to deliver an optimal user experience.

The angled nozzle and curved designs, for example, make these very comfortable for extended periods of wear. I was able to achieve a very good seal with the selection of an appropriately sized ear tip which is particularly important for bass impact and overall sound.

The bass of the Momentum In Ear is encapsulating due to its sheer quantity and presence. Surprisingly well-controlled and pleasurable, there is no doubt that this is one area of the sound that Sennheiser has placed emphasis on and has certainly succeeded.

That is to say, the Titans come across as clearer, more articulate, and tighter compared to the low-end performance of the Momentum In Ear.

Nevertheless, the bass levels of the Sennheisers are plentiful and achieve great depth and extension. Though it may not be the best choice for die-hard bassheads, the texture and presence on their own may just suffice.

Now, this is where Sennheiser has departed from traditional consumer-oriented sound signatures and has opted for a recessed midrange. The result is a v-shaped sound signature where for the most part, vocals take a backseat to the powerful bass and top end.

Compared to the Fidue A73 model, the Momentum In Ear is less intimate and clear but presents with a warmer and bigger-bodied presence. The latter is also less susceptible to sibilance which the A73 is guilty of due to its energetic upper mids.

The overall signature of the Momentum In Ear is on the warm side of neutral and owing to its laidback nature, is great for listening for extended periods of time.

The higher frequencies of the Sennheiser Momentum In Ear are well-extended and have a good amount of air and sparkle. While not as clear nor transparent as the Rock-it Sounds R50, they maintain good extension and delivery.

However, with some tracks, the treble can be prone to being metallic and arguably less cohesive than similarly-priced TWFK sets. It is worth noting though, that highs lack harshness compared to the Fidue A73 which is a good move on Sennheiser’s behalf to fit in line with the consumer-oriented sound profile.

In comparison to the Bowers & Wilkins C5-S2 model, the treble of the Momentums is more intelligible and transparent with greater lift and energy. 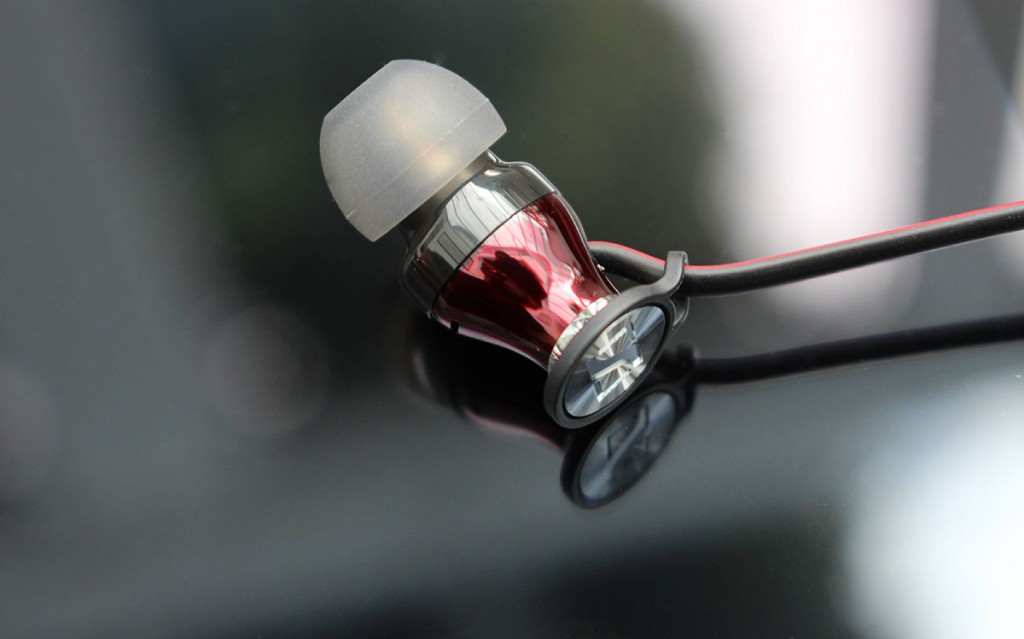 The soundstage of the Sennheiser Momentum In Ear is fairly large, especially because of the v-shaped sound signature. There is a good sense of airiness between instrumentals and vocals which makes for a spacious presentation.

Separation is good but not as well defined as the DUNU Titan model which boasts better imaging due to its use of titanium-coated drivers. Soundstage width also falls short of the DUNU Titan 1 and the DUNU DN-2000 but is considerably larger than the Vsonic VC1000 whilst being on par with the Fidue A73.

Overall then, Sennheiser has released a solid product with the Momentum In Ear. With strong bass and good treble performance, tracks are dynamic and involving. I am especially impressed with the stellar bass which offers power yet retains control and gracefulness.

That is not to say that the Momentum In Ear is without its flaws however, as it does not excel in mid-range depth and clarity which may be a turn-off for those wishing for a more intimate and forward vocal performance.

Though with Sennheiser being Sennheiser, the Momentum In Ear beautifully combines form and function to deliver another great product that takes after its father, the Sennheiser Momentum headphones.

With a choice of in-line remotes for both iOS and Android, Sennheiser has proven again that they cater to different user tastes and preferences. With a fun signature, the Momentum In Ear are well priced at $100/£90 and a great choice for the mass-market and audiophiles alike.