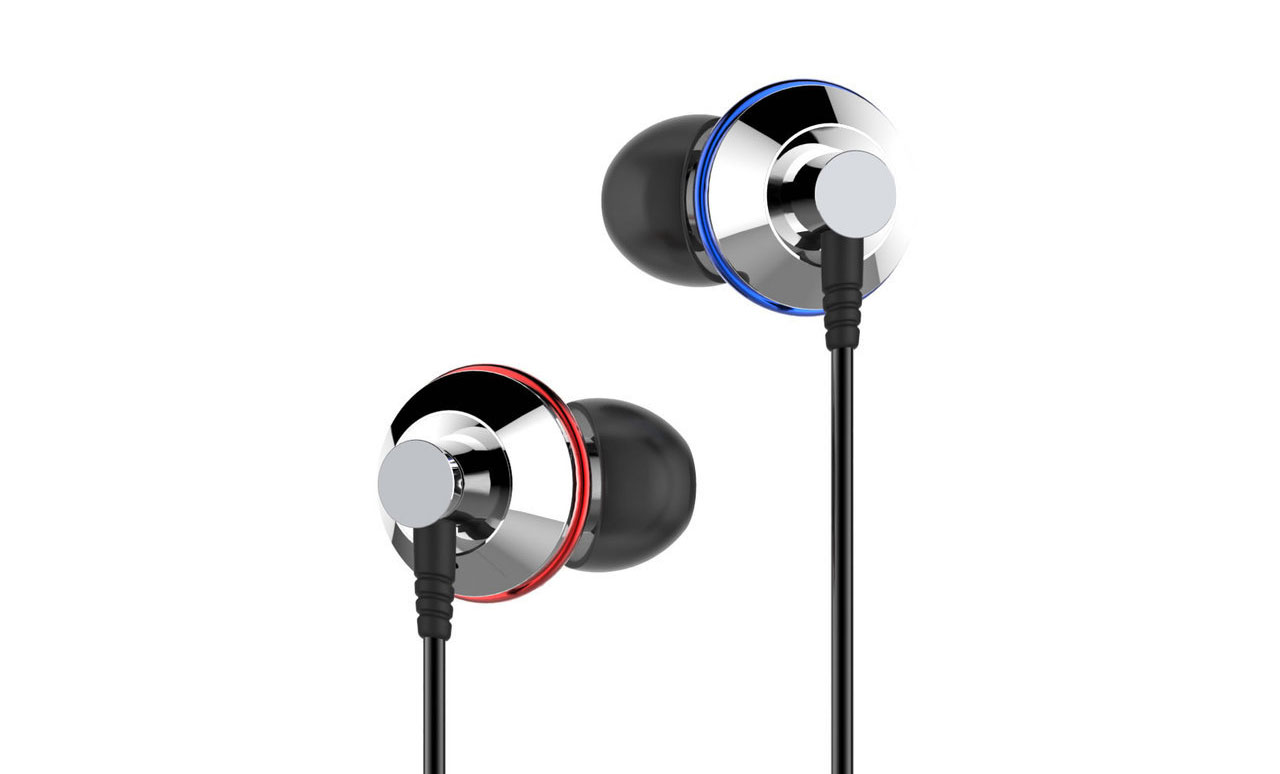 The Titan 1 IEM by DUNU

DUNU is one company which does not easily abide by standard conventions. Armed with daring designs, bold driver configurations and unprecedented concepts they have pushed the envelope of innovation even further with its latest release: the DUNU Titan 1. Employing a single 13mm titanium-treated dynamic driver, the Titans have a half in-ear design with vents dotted around the angled nozzle. The vents coupled with the large 13mm dynamic driver enable the sound to breathe and give rise to the spacious and enveloping sonic signature. Particularly interesting is the dynamic transducer which contains a “nano-class titanium” diaphragm capable of rendering an energetic and live sound.

Priced at $115, the Titan 1 costs considerably less than the Alpha 1 and the DUNU DN-2000 before it. However, as with all things audio, price is by no means a determining factor of sound quality and so without further ado, let the review begin.

DUNU never fail to deliver premium packaging. With the Titan 1, you get a compact black box complete with a magnetic latch, display window and clear defined information of the product. Within the inner flap of the box, there is a useful frequency graph which boasts an upper midrange boost and bass enhancement compared to a standard dynamic driver unit.

Accessories include a total of 3 pairs of narrow bored red hybrids, 3 pairs of wide bored silicone tips and 3 pairs of Sony hybrid clone tips. Also included is a shirt clip, a 3.5mm to 6.3mm gold adapter and a compact carrying case. 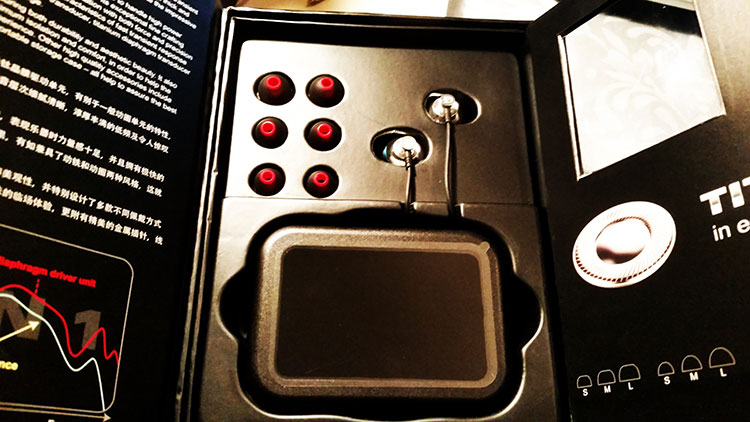 The build of the Titan 1, as with all DUNU products, is outstanding. The metal alloy housings are not only durable but also offer practicality by accommodating for the large 13mm dynamic driver. With a venting system, the Titan 1 is able to achieve a large soundstage and consequent immersive experience. The cables above the Y-split come in DUNU’s signature rubber material which are elegant and durable. Below the Y-split, DUNU have ventured into new territory by utilising a fine braided nylon material which feels and looks durable.

Due to the half in-ear design of these earphones, only a shallow fit can be achieved. With that said, the earphones seem to rest comfortably in my ears and a slight resistance can even be felt when they are tugged upon. The housings themselves, although large, do not irritate during long listening sessions and rest nicely on the outer portion of the ear.

Isolation levels, however, are below average owing to the vents surrounding the angled nozzle. This also means that there is an element of sound leakage associated with the playback of music which may be a distracting feature for some. This is an area where DUNU could certainly improve on should a sequel version be released in the near future.

One word comes into mind when describing the bass department of the Titan 1 and that is clean. With the new titanium-treated driver, the bass is fast, accurate and delivers a punchy response. Although not as full bodied or impactful as the DN-1000 or the DN-2000, the bass of the Titan 1 is more accurate and leaner. Bass extends very low and I consistently found that these reach into sub-bass territory with ease and grace. Again, hard-core bassheads may not be truly satisfied by these offerings but fans of articulate, fast and responsive bass will certainly be impressed.

Owing to the dynamic transducer, the Titan 1 incorporates the best of the balanced armature and dynamic world by offering a warm yet very detailed sound. The midrange of the Titan 1 is no exception to this and vocals sound warm, clear and pleasant. In contrast to the Rockit Sounds R-50, the mids are fuller but positioned slightly further back in the overall soundstage with lower emphasis compared to the bass and treble regions resulting in a slight V-shaped sound signature. Nevertheless, mids remain sprightly and energetic and the slight upper midrange boost coupled with the transient nature of the titanium-coated driver give the Titan 1 it’s live and appealing sonic characteristics.

Highs of the Titan 1 are well extended and have a nice sense of air and detail to them which add to the cohesiveness of this pair of IEM. I do find though that parts of the treble sit behind the prominent upper mids resulting in a more laidback reproduction of higher frequencies. For those sensitive to the treble, this is welcomed news but for those seeking bright and piercing highs would be best served elsewhere.

The soundstage is one aspect of the Titan 1 which is outstanding and hard to find at that price level. Though not as encapsulating as the DN-2000, the soundstage is still huge and offers great side to side extension and an out of head experience. DUNU have capitalized on their signature soundstage by employing vents across the housing which allow sound to escape. These vents also allow for more natural reproduction of sound as they vibrate against the concha of the ear resulting in a more open and closer to life approach of hearing the different range of frequencies.

With all things considered, I am extremely impressed with DUNU’s latest offering especially considering the price it retails for. The dynamism of the bass together with the clarity and detail of the mids and treble make the Titan 1 sound like a true hybrid. DUNU has truly taken a step in the right direction with the introduction of the nano-coating titanium technology which has introduced even higher levels of resolution and an even more compelling sound signature. The Titan 1 has received more ear time than many IEMs worth considerately more than them and for that reason, I have no qualms recommending this sensational pair to all.