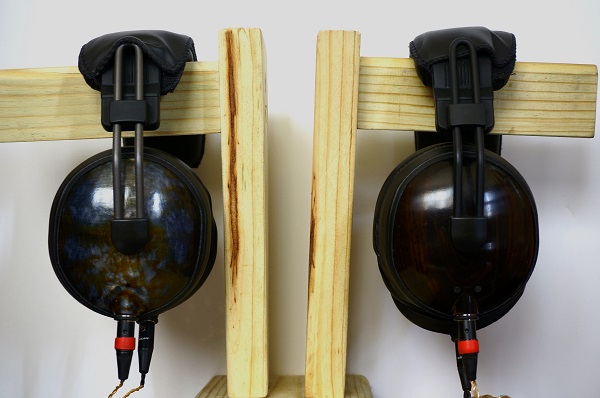 The Fostex T50RP’s driver never fails to show its versatility. Years back, it showed it shone with some very simple mods with its stock enclosure. Gary Butcher found great success transplanting the driver into a wooden cup and MDF baffle with his Thunderpants, but few other people experimented with replacement cups until recently. In 2013, Dan Clark surprised the headphone world with his 3D printed Alpha Dogs, which continues to please the ears of many. Zach Mehrbach, however, together with Vibro Labs, created his own cups out of wood. Not only that, he has released his headphone in two flavors: the ZMF x Vibro and the ZMF Blackwood.

I want to preface this review with the disclaimer that I would consider myself to be rather close acquaintances with Zach; we email each other ideas (the Vibros went through countless revisions before finally deciding on the tuning that they have now) and talk about other audio gear that we like or dislike. We do have similar tastes, so one of my ideas has made it to the final damping scheme, but I have let that in no way influence my review. This review is mostly positive because these are genuinely good headphones that deserve to be compared to the other closed headphones in its price range. I am purchasing the Blackwood, albeit at a reviewer’s discount, because I genuinely prefer it to almost every closed headphone I’ve tried, at any cost (the exceptions being the Enigma with certain types of music and the TH900 for driven music. I didn’t like the LCD-XC much and I’ve yet to try the Alpha Dog Prime, but the regular Alpha Dog was a little too bright for me). I’m excited to see what is to come with ZMF Headphones and wish Zach the best. 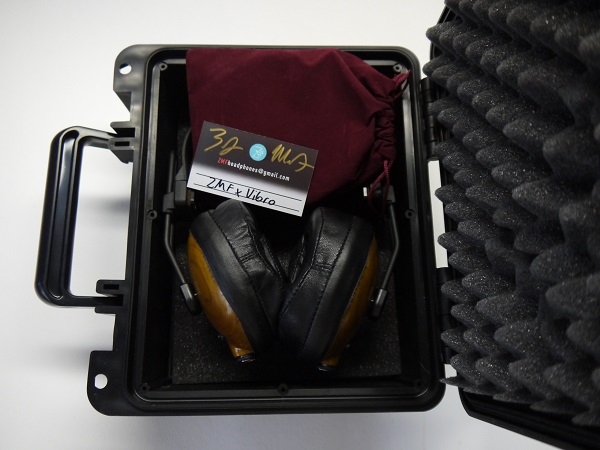 Both headphones come in a simple, nondescript white box, with a ZMF sticker being the only indication of its origin. However, buyers have the option of adding a Seahorse case for an additional $20. It’s a nice addition, especially if they’re expected to take a beating, but they’re not exactly fragile in the first place and can be stuffed in a bag if need be. The price of entry does not include a cable, but Zach does offer cables at an additional cost.

My Blackwood comes with an 8 strand OCC+SPC combination, lovingly hand braided by Zach’s wife. Also included are additional rubber pegs for the bass tuning system, which, trust me, will be useful because they will inevitably fall off. Both headphones come with either the Pilot pad as shown on the website or a leather strap. As for pads, the ZMF x Vibro and Blackwood come with Alpha pads, which is a blessing (they are pretty comfortable) and a curse (I’ve had pretty bad luck with Alpha pads drying out on me).

The ZMF x Vibro (from henceforth will be referred to as the ZxV) has cups made out of quarter sawn cherry wood and can be stained a variety of colors. For those with more eccentric tastes, Zach also offers a “Burst” finish. The Blackwood is made of African Blackwood, a very, very hard wood. In theory, a hardwood should make for a brighter sound; the backwaves more readily reflect off the back off the cup rather than be absorbed by the wood. Zach compensated for the differences by tuning it to compensate for the hardness and in the process, take advantage of the positive attributes of a hardwood, like better low-frequency control. Zach also has done some voodoo to the Blackwood that attempts to control the funkiness around 5kHz the T50RP driver tends to have.

Zach’s approach to tuning deviates a little from the “measurements reign supreme” camp. A musician first (before making wooden headphones, Zach actually made and sold guitars), Zach does not necessarily aim for a neutral sound. Rather, most of Zach’s headphones are tuned to be a little more relaxed than neutral. Though that does not mean they measure poorly; the ZxV, measured by another hobbyist measures admirably. The Blackwood likely measures even better, with its more controlled bass and upper midrange. 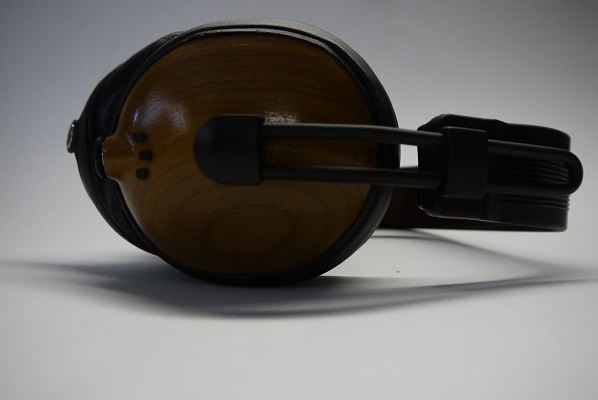 The ZxV, as already stated, is a slight deviation from the original ZMF headphone sound. While even the V1 ZMF mod (with stock enclosure) is the brighter of the two original mods, it’s still on the laid back side of the spectrum. The ZxV, though, has a good bit more kick than any of Zach’s other headphones. It’s unabashedly a fun sounding headphone, with elevated lower treble, midbass, and upper midrange. While comparisons to the Alpha Dog are inevitable, given they’re both $500+ T50RP mods, they aren’t very sensible. The Alpha Dog has many positive attributes; the cups allow for a cavernous soundstage and they’re one of the most neutral of the $500+ closed headphones, save for some weirdness in the upper midrange that most T50RP mods have, but to me, they just aren’t very fun. Dan created a great headphone for analyzing music, but I’ve never been able to actually enjoy them. In contrast, Zach did the opposite of what Dan attempted to try to accomplish and instead made something that sounds fun. Though it isn’t perfect; I’m especially sensitive to the 10k peak the ZxV has and they get kind of fatiguing to listen to after a couple of hours.

The rest of their treble is about par for the course for T50RP mods. It seems to be pretty hard to extract a lot of upper treble from the headphone, so the ZxV don’t attempt to reach high and instead roll off slightly early, almost like the stereotypical “vintage sound.” It’s easily the most aggressive of any of ZMF’s headphones but is still south of neutral. Other than the peaks, it’s about the same amount of treble the average HD650 has.

Midrange is usually the most prominent aspect of a T50RP mod and the ZxV is no exception. In fact, Zach managed to shimmy in a tinge of Grado soul into the headphones. The upper midrange has a presence boost which makes rock music an absolute treat. I have been looking for a “closed Grado” for years and while the ZxV does not have nearly enough treble to be a true closed Grado, its energy is a step in the right direction and closer than any other closed headphone I’ve used. Vocals are slightly colored due to the presentation (in a similar way as the treble), and the ZxV was slightly better for female vocals, particularly sopranos, than male vocals.

The ZxV and Blackwood have three bass ports on the cup to regulate the amount of bass the user wants. Each open port increases bass by about 1dB. My favorite configuration was with one port open. Two was almost pushing the limits of my preferences and opening all ports made the bass slightly loose. With one port open, midbass is quite prominent, punching enough for anything I threw at it. My Beautiful Dark Twisted Fantasy was utterly fantastic throughout with the ZxV. The T50RP, in general, seems to struggle with sub-bass, and unfortunately, the ZxV is no exception. It can hit 20hz, but it has a steep drop off after 30hz, so 20hz is barely felt. Thankfully, going the opposite direction yields much better results. When Zach aimed to make the ZxV sound fun, it’s clear that he took his time making the bass sound the best it could, as it punches hard yet cleanly, with good separation and decay that I did not think was possible for the T50RP. I struggle to call the ZxV a basshead headphone because its sub-bass performance is slightly lacking, but those looking for a fun $500 closed headphone must take a look at the ZxV.

Click on next page for sound impressions on the ZMF Blackwood.