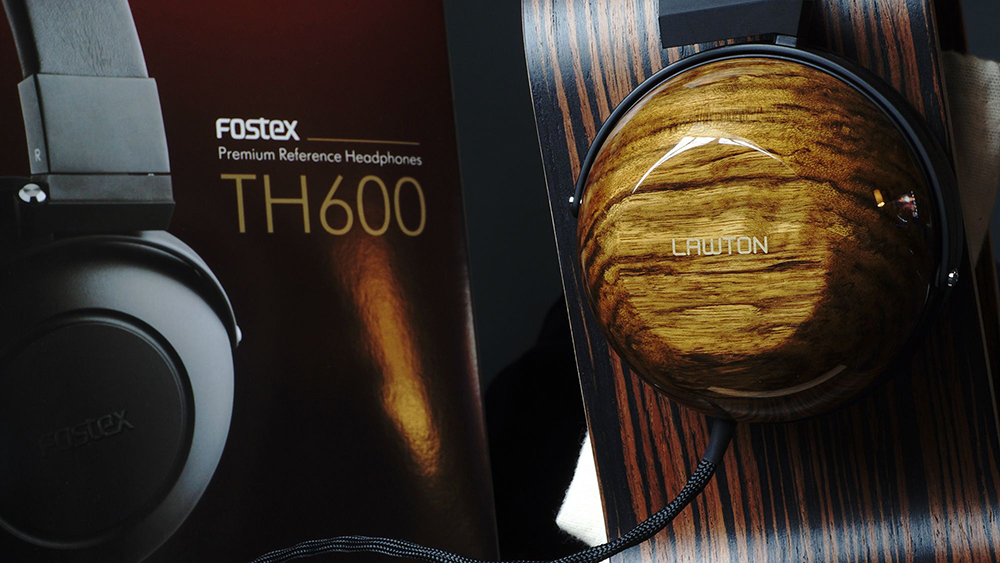 The Fostex TH600/900 are bass head headphones, pure and simple.  When it boils down to it, they offer the most fun, punchy, weighted and deep reaching low end of pretty much any other popular Hifi model out there.  This is a headphone for people who feel their bass experience to always be lacking, who wish to experience an omnipresent bass nearly at all times.  It is very obvious that most audio enthusiasts who are interested in Summit (the most expensive ) gear are looking for a more balanced sound signature, something with equal parts bass, mids and treble: that level playing field…overrated to me.  I prefer a highly musical sound and I love a sick amount of bass…but not at the cost of losing mid and treble quantity as well.  Thankfully, the TH600 doesn’t have that problem.

The difference between the stock magnesium alloy and Lawton wooden cups is audible.  There is definitely a more focused feel to the entire low end of the spectrum, testing with Techmaster PEB’s Bassgasm ( easily the best bass test track I’ve ever come across ) resulted in more than a marginal improvement with control factor in the new wooden cups.  Lawton’s replacements feel tonally in focus and you can actually feel the difference in the low end looseness when swapping between them and the Fostex stock cups, the latter does feel shakier by a noticeable degree.  I am assuming this is because wood disperses audio waves more efficiently instead of letting them bounce around and crash like some metal alloys may tend to.  Either way, there is a difference not only in physical structure of the bass, which ends up sounding more pure with the woodies installed, but also one that results in a warmer tone in my woodie option.  The stock TH600 is quite dry, however it retains a solid sense of gentle warmth on the low end at all times with these Lawton cups.  I didn’t have to do much A/Bing, the difference was very obvious.  One is just a bit colored, the other one sounds like a studio monitor without coloration, something too neutral to my ears.

Unfortunately, the TH600s biggest downfall is its midrange, which is annoyingly recessed.  It is V-shaped, and I dislike it strongly.  I don’t think any amount of modifications can stop the drivers from producing this type of sound.  I’ve also found no differences between the stock and Lawton cups with regard to the midrange for the most part.  The clarity factor remained too close to the same to judge and I failed blind testing to spot which cup set produced the more clean presentation.  You have to respect the TH600, even though it is a semi open headphone in a technical sense, for producing such a crazy large soundstage.  In turn, the vocalists and instruments carry a large feel to their physicality: Everything just sounds so huge, by comparison, the very vast sounding ATH W3000ANV and W1000z lack that large and well-rounded physical defining qualities to their midrange.  Swapping between the two results in the Fostex simply sounding like the vocalists or instruments have more heft to them.  Quite a unique experience in the audiophile world and something very akin to the way the Sennheiser HD800 portray things in a physical sense.  The Fostex stock pads are also noticeably inferior with the physicality quality most vocalis house, the Lawton pads are angled and offer a better sense of depth of field and spaciousness, but more on this in a bit. 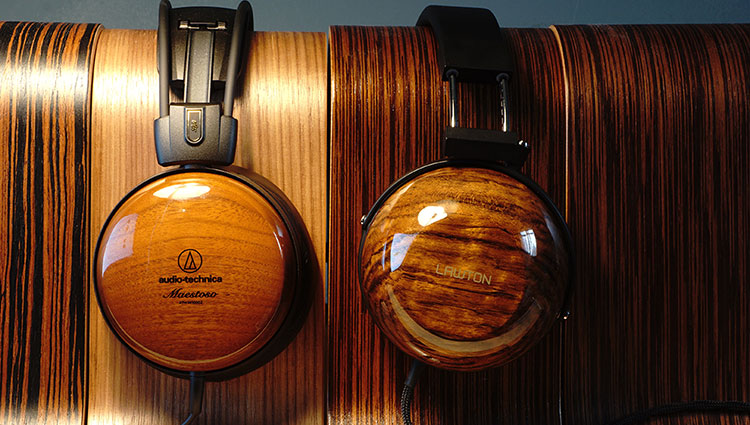 The upper end of the TH600 is much more solid, more clean and crisp than the Denon D7000, so hats off to Fostex for fixing that nightmare.  Surprisingly, just like the TH900, the treble of the TH600 is both plentiful and engaging without sounding harsh or overly hazy.  It is the weak point of the headphone for sure, but there is also noticeable solidity differences between using the stock magnesium alloy cups and Mr. Lawton’s woodies: I can easily hear the shakiness dissipate and focus replace it each time I swap the cups, testing with my favorite tracks really confirmed that these Shedua cups really do alter the tone for the better.  I think the stock cups have resonance problems and the materials used are not at all well setup for smooth distribution of sound waves, I imagine them bouncing all over the place due to the way the upper end of the headphone is portrayed.  It is loose, lacking substance and tonally out of balance in my humbled opinion, however it is definitely improved to an audible degree with Lawton’s cups.

The overall brightness of the headphone’s upper mids and treble regions only makes the TH600 sound even more spacious, something that you can easily test with a flat EQ vs a treble elevated EQ.  The TH600 is really one of the most spacious, if not the most spacious closed back/semi closed headphone that I am aware of.  Everything is light, aired out and well separated in the stereo image, but oddly there isn’t much of a sense of width that I can pick up on.  The bubble void of sound stage that is available is very rounded, tall and deep.  Stage width is there and it is impressive for this type of a headphone, but it really takes a back seat to the height and depth of the headphone which vastly overpower it, at least to my ears anyway.   Stereo separation is neigh unrivaled in the stock TH600, I don’t feel the Lawton cups to alter anything in this regard.  Blind testing cannot be done with sound staging here due to how easy it is to spot the tone and textures of the woodie cups vs the magnesium alloy stock cups…like night and day to me.  By comparison, the ATH W3000anv and the W1000z house a massively wide sound stage to the ears, one that lacks the fantastic height of the TH600, but after testing I realized that the TH600 matched the W1000z in width…the problem is that the TH600 is so physically well-defined that you simply don’t get a good feel for just how wide it really is.  By stark contrast, the W1000z from Audio Technica is noticeably more rectangle shaped: very wide, but not tall, something very similar to the HD700 from Sennheiser.

There is something very special about how the TH600 reproduces the stereo void, I find it highly addictive and oddly setup, due to the V shape (recessed midrange ) that is combined with such a well separated sense of space.  It really feels strange, almost as if you are standing a step back from a cruise ships porthole, but the portholes edges are reaching outward towards you while the glass window in the center remains in the same place.  You get a good sense of depth of field, as well as envelopment due to the fantastic instrument separation, but you also get a lacking sense of engaging vocals at the same time.  It is very odd when the recording or vocalist isn’t intimately placed during the studio session.  Live events and YouTube podcasts really sound euphoric in a negative way, due to the star placement generally sounding a bit recessed to begin with in the recording and made worse by the natural V shape the TH600 offers.

You can squeeze by with most genre selections, but I wouldn’t consider the TH600 absolutely well rounded, perhaps moderately well rounded is the furthest I would take that.   The TH series is also fairly efficient and plays well with all of my sources and amplifiers, ranging from my beloved Ray Samuels SR71B portable to my Pathos Aurium.  You’ll be able to rig pair to a moderate degree: meaning if you want a very colored sound, you can get that with certain equipment, if you want a neutral or natural sound, you can achieve that as well.  Thankfully, the TH600 isn’t picky with source and amplifier pairing, Lawton’s woodies are only a bonus on top of this that let you take is a few steps further with certain woods that will match your tone preferences.