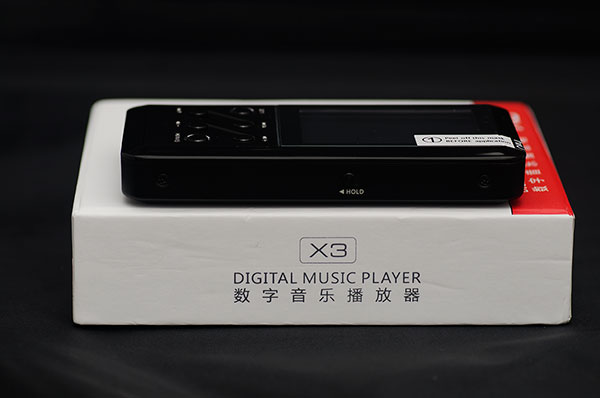 The X3 DAP by FiiO

The UI and features

The only UI to date FiiO have done before is the E17/E7 basic interface and it is done reasonably well but creating a DAP UI and accommpanying navigation toolset is a whole different ball game. DAP UI is a game changer for Apple with the click wheel and a kiss of death for some like Cowon on some of their models so I am pleased to say that FiiO kept everything pretty simple much like the Hifiman HM series DAP menu system only a bit snappier and a bit more in-depth with a nice evolution of the E17/7 options into a much more comprehensive UI map. A simple UI will always win over an ambitious and complicated UI. The faster you learn a UI the more likely you are to come back to it again and again for regular everyday use and the quicker you can set it up for your preferred playing options.

I included a pretty comprehensive you tube video on the UI to show you every in and out you can do with the FiiO X3 UI and menu system as well as the button configuration and what you can do with each button. Thanks to Boweness006 for such an in-depth video and saving me page upon page of explanation. 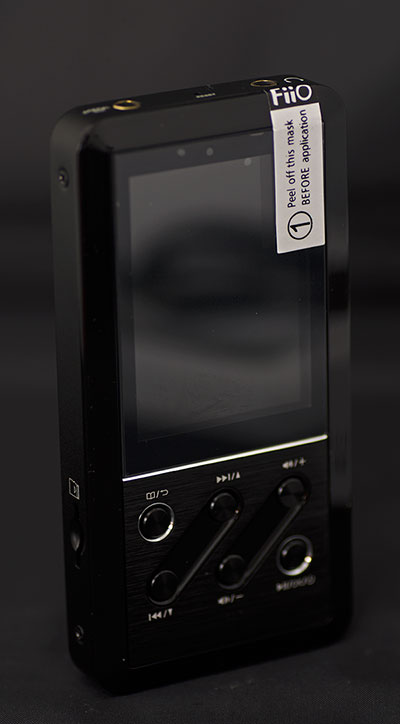 Those who have used the hifiman or old style wheel based ipod classic or even the Rockbox OS will be quite comfortable with the menu based UI. Lack of touch demands a simple control interface and most of the buttons have a dual or even triple function such as the bottom right for play/ok and power or volume up and down or menu up and down. It wont take that long to get to grips with the button functions in all honesty. The physical buttons are quite sturdy also and I dont see them falling off or loosing any pressure sensitivity.

The X3 has an internal memory of 8Gb which seems a bit tight but to the left side it has an open microsd card slot which can take up to 64gb on FAT32 format much like the AK100 though sadly lacking dual slots for 128GB potential which would have been killer. This does allows a pretty decent library to build up easily and FiiO takes care of that by allowing you to browse via a generic file browser that allows you to drill down from folder to file or a tag rader library. The tag reading library, (category) is pretty accurate and doesnt miss a file does but does in fact miss a critical step in browsing in the genre category by going genre – file which is very hard to navigate as I get a huge list of files to work through in alphabetical order. That is not going to work if all my genre is the same. Next time I would like to go from genre, then artist, then album and then file – much more logical UI structure there for song choosing. In the end I stuck with “browse Files” as my main library explorer since I am pretty anal about tagging anyway and I knew everything would be easily found.

The X3 will work with most major library managers such as Media Monkey, Windows own Media Player and Winamp to name a few and will play just about any file type you throw at it including:

Considering the price point that is pretty impressive variety of file types and saves me a lot of bother converting into one standard format or another. Mind you most of my stuff is in FLAC now so playback at 192/24 for $200 is where this little player steals a march on many other players around the same price point.

I really did enjoy the little mini EQ menu otions of the treble and bass but I wish it was in the same spot as the gain and balance under player settings. Perhaps even it’s own sub-menu would be perfect. This the E17 thinking evolved for the X3 and they work really nice. Not Cowon levels of EQ options but noticeable. The gain is basically low and high, low is just fine, particularly for IEM’s and other sensitive cans. The balance option is another offshoot from the E17/07k and for some that I know offhand this is going to be music to their (left or right) ears.

Rated at around 10 hours, the battery life of the X3 is fair given the myriad of high end bit rate files you can play on it and has the edge over its nearest competitor the Hifiman 601/2 by one to two hours. My initial tests confirmed around 9-11 hours with a mix of the sampled files on the internal memory including ape, wav, flac and mp3.

Continue to next page for sound impresisons….