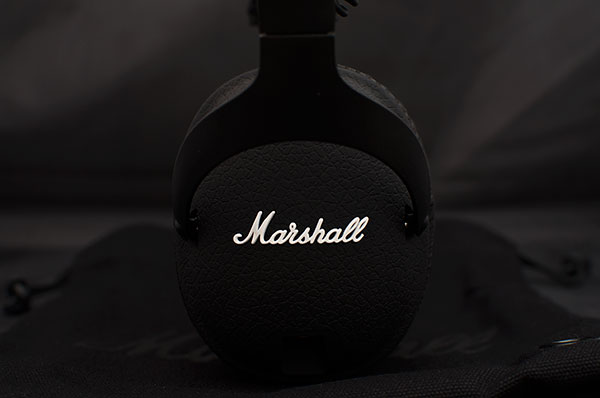 The Monitor by Marshall Headphones

Anyone who has picked up a guitar or greased out their hair and had a Crue record stashed away somewhere has heard of the Marshall brand – synonymous with amplification for decades they are now, quite recently, making a stab at the consumer headphone market with the release of the Major and Minor brands of headphones and earphones via Zounds Industries incubator factory line which is also responsible for the Urbanears, Molami and Coloud brands.

A few years back I would have ignored Zound produced cans since they were pretty much run of the mill consumer cans but the Zinken caught me out completely with its fantastic musicality and clean balanced tones compared to the other lower range headphones and coming in at roughly the same price the Monitor was begging to be put to the test also. Not to mention some interesting little features such as their patented “F.T.F” filter system in the cups which make me wonder who exactly was lurking at the back of the D.I.Y. mods forums of late. Blutac and cotton driver mods have been the stuff of legends for quite a few headphone brands such as Fostex and Grado so it is no surprise a leading manufacturer has decided to do something similar out of the box as a value adding feature.

I passed on the Majors and Minors before, not for me to be honest. Some liked them but I found them too rough and ready and not on par with more mature offerings from Creative, Denon, Noontec’s fabulous budget busting Zoro and of course the pricier Urbanears Zinken. You paid for the name and the packaging but with the release of the Monitor the price tag has gone up so my expectation went up with it and true enough out of the box the Monitor looks like a much better proposition as a mid-class portable.

So lets talk a bit more about the F.T.F or “Felt Treble Filter” system before discussing the sound signature of the Monitor. In a nutshell its a pair of felt covers over the drivers held in place at a small holder at the base of the felt and under the pads which can be taken on and off with relative ease due to their magnetic holding system. The felts work like any such mod would by targeting aspects of the frequency range that spike a touch and rounding off the sound to give a more laid back and smooth sound at the expense of a slight loss of detail in the upper range. Without the felt the trebles are a bit cleaner and more detailed with a touch more sibilance than with the felt filter but the top end certainly benefits without the filter. It all depends on you really and your personal choice. Anyone who knows me will know I am going for filter off but judging by the EQ below you would not think there is a huge amount of difference but in reality there is enough to make a personal preference. 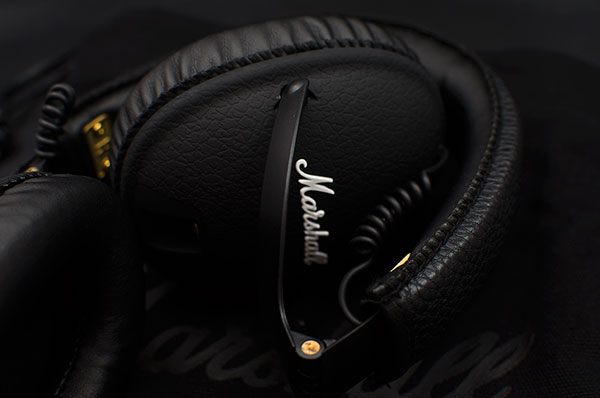 With the FTF activated or the felt layer inserted the Monitor signature is a smooth warm bass-tuned portable closed headphone that some might find a tad muffled for detailed playback on more articulate genres such as classical, acoustic or jazz with a rolled off top end and a slightly recessed mid section. I don’t think it is as muddy as the B&W P3/5 thankfully with a touch more precision in the treble even if somewhat attenuated.

Interestingly though bass-tuned I never found the bass to be overpowering which was refreshing without ever being too distracting or aggressively unbalanced. Custom Pro One Bass port 4 it is not, but the Monitor is no shy and retiring headphone either. The closed nature of the Monitor does reduce a bit of headroom and closes down the sound stage giving a more mosh-pit intimate experience that perhaps Marshall might agree with given the mosh pit rock roots of many of their amp clients. Don’t use this setting for clarity or accuracy – its just too veiled for me though long-term listening will be fatigue free on this setting for sure.

With the FTF taken out the Monitor becomes a more dynamic and credible headphone for me with a more forward and detailed top end performance though a tad sibilant on some tracks. It doesn’t suddenly have a flat frequency or decidely more neutral but for my preference it’s more engaging and brighter than the more muffled laid back signature of the Monitor with the FTF inserted back in. Yes I see the benefits and certainly the unfiltered setup will be a touch more fatiguing but I am not prepared to sacrifice the increased treble clarity for an extra 30 mins of playback. Without the filter you could best describe the Monitor as slightly more balanced and engaging though still with plenty of kick from the bottom end up.

Marshall went all out on the packaging and quality on the Monitor and its a big step up from the Major. The box is very well thought out right down to the 3.5mm terminated coiled cable reminiscent of their amp cable lineage which is a very nice touch. Still would prefer a hard case over a soft pouch for commute purposes but the pouch itself is strong and not likely to fall apart over continued usage. 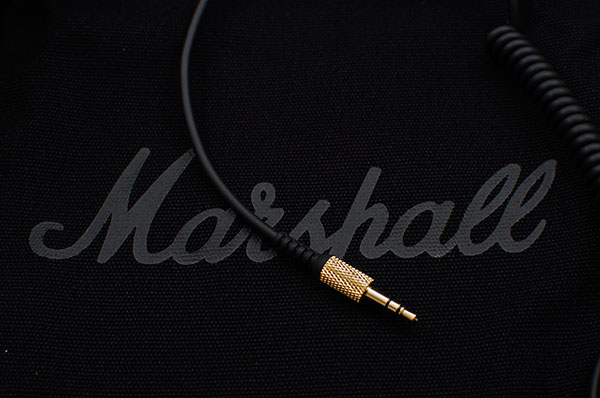 The Monitors are actually quite well built and though I would class them as portable the cups are of ample enough size to almost class as over the ear though technically they are still supra-aural in my opinion. The decals and color is decidedly Marshall, no mistaking that with the monotone black and brass and white logo emblazoned on the cups. It is an attractive looking headphone in many respects. The Monitor is collapsible for a small footprint when carrying around. The cups sport a dual entry 3.5mm jack output for shared listening (another Zound concept found on the Zinken but lacking the Zound plug).

The Monitor is a pretty good stab at respectability from Marshall after the less than stellar Major and Minor releases. It goes up in price sure at $200 and there is plenty of stiff competition at that end from the likes of V-Moda, Aiaiai and venerable old timers like the HD25-1 II but the brand name and crafty packaging is going to catch your eye and the FTF system is a value adding feature that really does give you two sound signatures rolled into one can. Don’t buy for reference or true monitoring quality, it is simply not that accurate enough but it is engaging, fun and lively without the filter and warm laid back with the filter – it is really up to you how you want to play it.