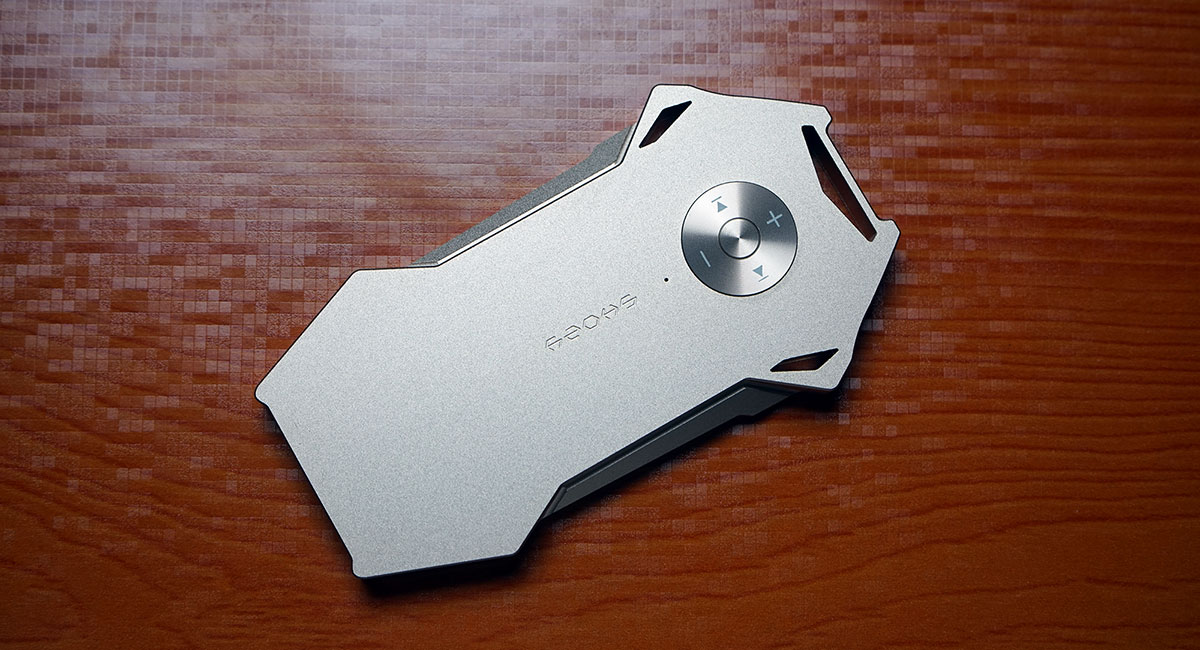 The Alien is not the most resolving of DAP’s but it has one of the most pleasurable tonal qualities I have heard in a DAP for a very long time. With more than a hint of analog, the Alien has a wonderfully natural flow to its sound with hardly a peak in sight. It has positively zero sharpness in its attack especially in the lower treble response and a fantastic soundstage with excellent separation and layering.

Bass performance is full sounding but not as heavy handed as the Cayin N5, the mid-range is detailed and clear with a slightly elevated and powerful sounding vocal presence and a treble response that is slightly laid back and easy on the ear.

It is bang on the money musical without having to resort to cheap mid-bass tricks and super soft presentations. It will not beat say the FiiO X5ii or DX90 on micro details, nor will it outperform the DX90 on dynamics and bass weight. What it does do is put out a very coherent and immersive presentation. A response that offers a very inviting instrumental separation and timbre that can at times sound huge yet still retain a high degree of accuracy.

There are some subtle differences between the silver/black edition of the Alien and this new Gold edition. It is not night and day difference; you will not get a brand new sound so the above description is apt for both players. Instead, you get some little changes here and there that give a little more depth and clarity to the Alien sound.

Of particular note is the weighting of the bass response in the Alien gold edition which is a little more planted sounding than before, particularly in sub-bass presence. Shozy has sensibly stayed away from letting the bass loose so it still nicely controlled with additional depth rather than mid-bass elevation. This time, the Alien bass signature has a touch more authority that makes this DAP an even better choice for the likes of the Pachanga Boys and other trance/EDM like genres than before. I still rate it as my favorite choice for mid-centric rock, especially for AOR vocal performances.

The second area of improvement is the overall level of detail and clarity in the Gold Edition which edges out the Silver edition sounding a little more resolving and refined than it’s predecessor. The slightly lower noise floor on the Gold edition is the final welcome change and though it’s still audible it doesn’t get in the way of enjoying the Alien Gold Editions presentation. 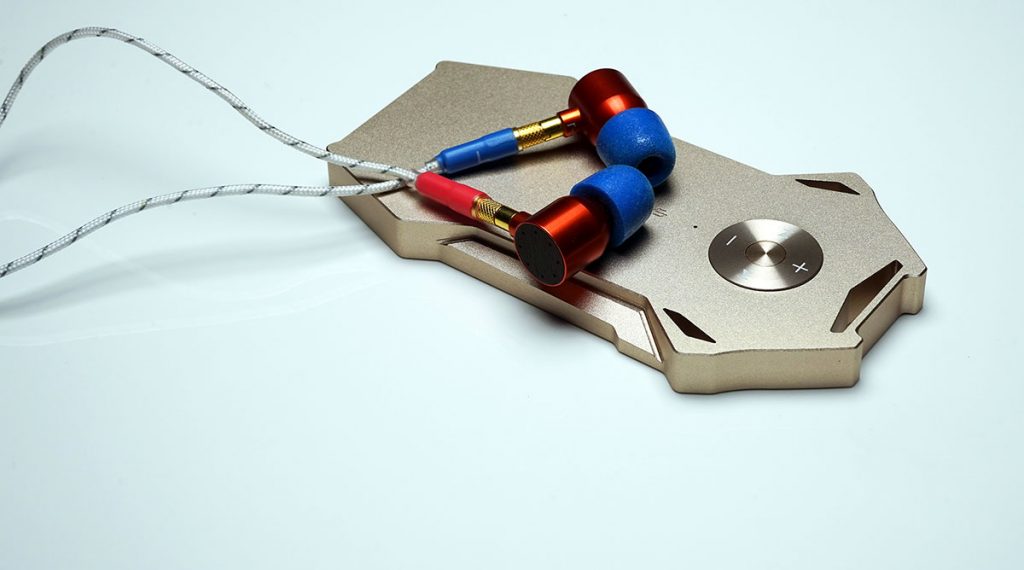 Given its very smooth, free flowing and natural sounding tonality the Alien can pretty much sound good out of most earphones and a wide range of headphones. There is, however, the issue of noise and how tolerant you are to it particularly if your tracks selection has plenty of quiet passages. As mentioned the noise level does sound lower on the Gold edition compared to the previous generation of Alien (silver) but it is audible on more sensitive IEMs and less so on inefficient earphones and some headphones. Also on super sensitive IEMs, you will pick up some little clicks in-between tracks that are less evident than less efficient cans and earphones.

Matching wise I tended to prefer IEM’s with big sound stages as well as those with good vocal performances which seem to bring the best out of the Alien. IEM’s such as the Jupiter sounded pretty good but I felt it lacked a little bit of air and space to really shine with the Alien compared to the JVC FX850 and UM Merlins larger soundstage. Neutral IEM’s, in general, did better than warm or dark sounding alternatives.

Big sounding customs such as the 64Audio A12 and Vision Ears VE6XC lapped up the staging capability of the Alien though in general they sound at their very best with more resolving sources. Out of all the possible pairings the Alien Gold the Vision Ears vocal king, the VE5 was perhaps the most enjoyable. Excellent vocal performance, clean midrange, more musical sounding than the VE6XC, and very little background noise. It’s that combination that I have been using time and time again when on the go.

It will not drive the most demanding of planar headphones. You can count out even slightly more efficient headphones such as the Hifiman HE-560 which distorts long before the Alien hits the sweet spot on these quality cans. The PM-3 had no such efficiency/power related issues so the gain was easily manageable. This pairing produced a smooth but slightly closed in sound that doesn’t do the soundstage performance of the Alien a huge justice though it did sound more convincing and powerful with club anthems and mosh pit level punk rock. Switching to the Hifiman HE-400S was a much better matching due to its similar levels of efficiency combined with that sweeter cleaner midrange and a big open soundstage which is heaven to the Alien’s staging qualities. Frampton Comes Alive! sounded like a sound check on the PM-3 compared to the ‘arena’ like pairing between the HE400S and the Alien Gold edition.

On demanding dynamics headphones such as the AKG K500 and K501 it can hit the sweet spot without distortion and though it doesn’t quite get the bass response to where I like it on say the EF6 or Studio 6 but then again this is a humble DAP and for that it does sounds very good indeed. The K501 has a delicious midrange that pairs very well to the smooth and natural midrange of the Alien offering a very realistic and powerful vocal delivery. What is missing is that little bit of extension and depth that usually comes out with additional power.

There is no point comparing these DAPs on anything but sound quality because man for man on the technical side there is no contest. All have GUI, DSD, various digital outputs and balanced outputs and similar if not superior battery performance. It really comes down to the tonal quality you prefer in terms of match up and of course price of which only the FiiO X3ii comes close at $200 on Amazon right now.

Tonally the N5 is bit more roller coaster than the Alien and doesn’t sound anywhere near as smooth sounding. It is actually a good bit sharper in the attack than the Alien with a lower treble performance that’s attention grabbing. Whilst it has a touch more resolution, better dynamics and a heavier hitting bass performance it doesn’t sound as natural nor does it have the same staging and imaging qualities of the Alien. Personally, I find the Alien much more coherent and forgiving sounding compared to the N5. Tonally it is a no contest with a clear win for the Alien.

If I want some additional oomph down below then sure give me the N5, GUI and all but that’s a big if and probably more for hardcore EDM and Death Metal. The N5 does have the power advantage though with an excellent balanced output putting more headphones at your disposal than the Alien. As well as that the N5 has a much lower noise floor so sensitive IEM’s will sound quieter on the N5 than the Alien.

The DX80 and Alien have some similar basic tonal characteristics with both producing a warm to neutral musical signature, an easy going top end and a slightly forward midrange. The Alien though differs in a few areas to the DX80 beyond that with a slightly more weighted and fuller sounding bass response which provides a bit more depth and better staging and instrumental separation giving a bit more space to the Aliens vocal performance. Noise is lower on the DX80 with sensitive IEMs but on less efficient headphones and IEM’s there is little or no difference in the noise floor.

The Alien is the more natural sounding of the two DAPs with a far more organic sounding presentation and a treble performance with just the right amount of extension and a very controlled lower treble in particular. The bass in the Alien Gold edition is a bit more weighted and fuller sounding than the cleaner and more neutral X3ii whose bass performance is slightly more in keeping with the older Alien 2nd Gen. Both have an excellent and detailed mid-sections with perhaps the X3ii having the edge in micro detail but I just preferred the more flowing nature of the Alien’s midrange, the better staging and the stronger more full-bodied vocal presence. Once again though the X3ii, as with the other DAPs has the blacker background and the lower noise floors with less hiss than the Alien Gold edition. 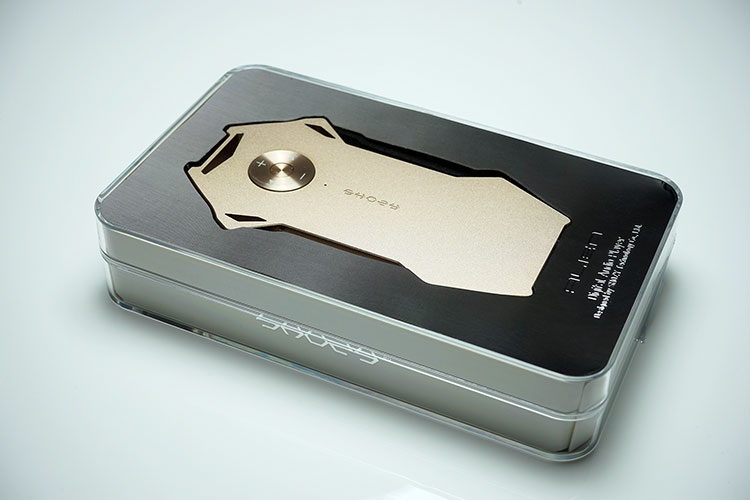 It is remarkable that a DAP with only the most basic of functions and a very limited codec range can make a man smile that much but the Alien by Shozy is just such a DAP. It doesn’t look like anything you have played with before and defies all standard conventions with regard to managing your collections of songs on the go. You will either love it or hate it in terms of ease of use but I would take a wager that you will really love the sound above all else.

Perhaps I am old school in that respect, perhaps a lack of GUI does not bother me given I still work with cassette decks and turntables as well as digital audio. The iGadget crowd will take some convincing but once you listen to it you might actually agree with me. That lovely natural organic sound, excellent staging qualities and finally some bass oomph in the new better built Alien Gold edition is a keeper in my books. For the price, it is a bargain.