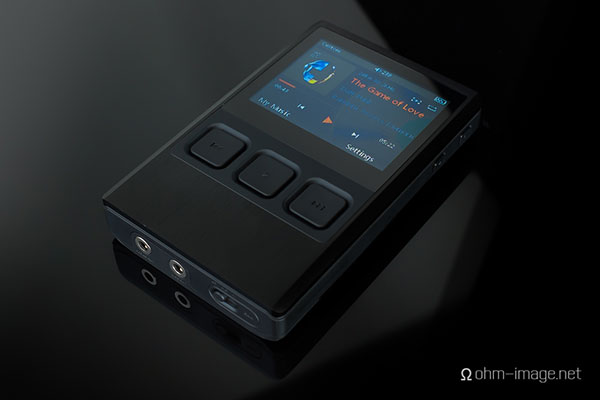 The iBasso DX90 is the company’s new flagship DAP and supersedes the older DX50. It comes with a proprietary OS and is priced at $419.

Disclaimer: The iBasso DX90 was sent to us as a sample in exchange for our honest opinion in this review. We thank iBasso for this opportunity.

To learn more about iBasso product reviews on Headfonics you can click here. 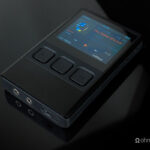 iBasso DX90
I have to admit I am in love with my DX90. Perhaps the HM-901 is the more mature and natural-sounding DAP and the FiiO X5 has a better battery life but the DX90 has just the right type of tonality to make it a great match for my Merlin's and pretty darn good on the rest of the gear.
Slide here to add your score on the gear!29 Votes
8.4
8.4
Score
$419
iBasso

The audiophile DAP race continues unabated with the release of the next step up from the DX50 by iBasso with the $419 DX90 DAP. It is almost as if iBasso and FiiO are in this budget-busting DAP war bubble right now and matching each other blow for blow with the X5 and DX90.

For those who don’t have the resources to blow on both, it is a question of which is the devil and which is the angel on your shoulder pushing you to reach for the wallet. Which one will be the right one for you? Honestly, things are getting very complicated if you are a DAP lover right now. Vinyl junkies are having a bit of a giggle as we sink gleefully into digital iteration wars.

Mind you on the flip side the high-end DAP market is now awash with choice and choice is a great thing. From the Astell & Kern AK240 at over $2000 right down to the up and coming rumored $100 FiiO X1, compressed MP3 audio and walled garden software is fast becoming a thing of the past.

The fact that iBasso already cut its teeth with the freshman DX50 to a guarded but mostly positive welcome bodes well for the DX90. The initially frustrating UI on the DX50 has gone through a number of rapid revisions that has seen it mature into a workable and satisfactory interface.

Most importantly though the DX90, though similar on the outside to the DX50, is packing a lot more firepower on the inside. It has enough firepower for me to have it as my go to choice for regular IEM usage, even more so than the HM-901 from Hifiman.

Compare and contrast the X3 and X5 from FiiO and both are physically unique DAPs. There might be some cross reference to the firmware UI but the physical units are incredibly different looking. Not so the DX90 and the original DX50 from iBasso. Both look almost identical to each other apart from the DX90 print on the back of the unit and the new custom made jacks which offer a superior grip on the older DX50 jacks and an increased lifespan of around 10000 uses.

For a while I had to keep my DX90 LCD sticker label on as I went to the meets just to make sure I didn’t head back with someone’s DX50 such is the popularity and prevalence of the lower tier version locally. Even the packaging is largely the same with only the silicon case and burn-in cable being different from the DX50 packaging which originally came with a suede-type clip pouch. Both retail boxes are also the same shape, form and factor but with a DX90 label on the front rather than DX50.

For those new to the DX series, the DX90 form factor is one of my favorite of the high-end DAP manufacturers to date. It feels pretty solid in the hand and just the right size for ease of use and pocketability. It is slightly thicker than the X5 from FiiO but around 1cm shorter and a few millimeters narrower.

In the hand though the X5 feels substantially larger than the DX90 but both are dwarfed by the leviathan like HM-901 from Hifiman. The AK100 and AK120 original designs are still smaller but the newer II versions, though slightly narrower, are much longer than the DX90 due to the redesigned larger LCD screens.

The DX90 still sports the same physical I/O and button configurations as the DX50 with headphone, line out and gain at the bottom of the unit and the coaxial, memory card (8gn onboard) and USB slot at the top. To the side is still the same digital up and down volume controls on the right and the power/LCD power down and lock buttons on the left.

The DX90 also has it’s predecessor’s USB On-The-Go feature to up to 2TB and is equally capable of going 256GB MicroSD card and onwards should you need some heavy-duty memory capacity and a bottomless pit of cash. I am pleased to say though that v2.0.5 for the DX90 exhibits much better volume control with less incremental slippage when moving up and down using the physical control buttons.

And dang the big 3 “Noddy Town” back/forward/play/pause buttons on the front panel are as easy to use as ever. Three cheers for looking after the ‘fat finger’ crew iBasso! 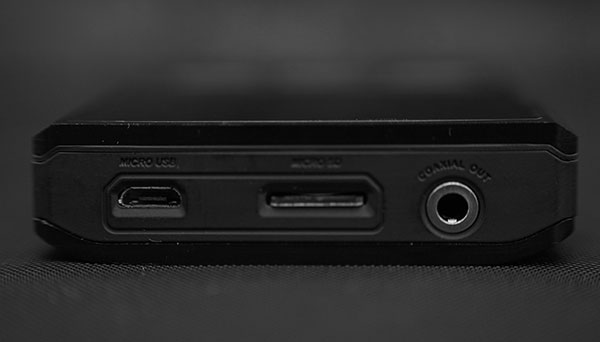 The DX90 LCD screen is also the exact same 2.4″ (320*240) IPS capacitive touch screen used on the DX50 which I found to be very snappy and excellent to the touch, almost too excellent with a super-fast response and higher than average legibility.

However, with that comes the same concerns about the menu of the UI being a tad unsuitable for the screen size with some screens feeling a little too cramped for the size of the screen even with the reported accuracy of the DX50 screen being present on the DX90.

One thing to note though the battery performance of the DX90 is almost half of the DX50 coming with an underwhelming 8.5 hours instead of the excellent posted 14 hours playback time of the DX50. Now we can probably pinpoint the dual DAC implementation as the most likely culprit of the reduced playback time and compared to the HM-901 and the older DX100 some might see this as competitive.

However, it becomes a bit more disappointing when compared to the FiiO X5, the closest competitor which on paper can do 12 hours upwards. On closer inspection, the X5 sports a pretty hefty 3700mah 3.7v battery compared to the more meager 3.8v 2100mah inside the DX90.

Perhaps we can hope Ibasso will give us extended battery backplates to take large capacity batteries. After all it is a major feature of the DX series to have user swappable batteries. 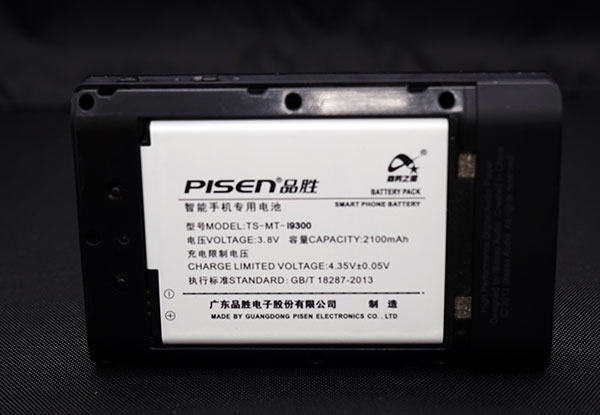 You can argue though that if it is not broken then why try to fix it. You can also point out that iBasso could have benefited from a reduced turnaround time and development costs by avoiding having to work from scratch on an entirely new physical design and package. That all this saved cash will have allowed iBasso to focus the majority of its budget on the internal performance of the DX90.

Personally I am pretty happy with the original DX50 form factor but it would have been nice just to see one or two minor upgrades like a dual microsd card slot instead of one. Just a little something to make it look more premium in the eyes of those looking to buy it but have not yet heard it. After all it is nearly $175 more than the DX50. Oh and a perhaps a better battery.

Click on page 2 below for UI and sound impressions…