Back when Sennheiser released the HD800 there was a real commotion that this could possibly be the best headphone ever made (dynamic that is) and despite its flaws and polarizing nature in the headphone community Sennheiser could quite rightly pat itself on the back on a truly wondrous creation that still set’s many a benchmark today for what a quality headphone should sound like. Well that was 2009 and the market moves pretty fast now and since then we have had the rise of the Orthodynamics such as Audeze’s LCD-2 (rev 1 and 2) and the Hifiman HE6 as well as Beyerdynamics very highly regarded T1 and T5P coming out. Though they can’t claim to be an all round better headphone than the HD800 (some will argue otherwise and indeed forums have risen and fallen on the back of such debates) they still have some big weapons and the big sound that some just adore and critically they come in a whole lot cheaper than the HD800.

So the market, whilst retaining the HD800 as one of the flagships in the headphone domain, has got a lot more fluid and flexible, particularly in the $800 to $1000 range. The rise of some pretty darn powerful headphone amps for the orthos also has made this sector even more interesting in the last 2 years. Consider also below the HD800 the next stop is the mid-fi HD650 in the Senn range and you begin to see that sweet spot of $1k was missing one of the major manufacturers. So it was no surprise that Sennheiser decided to plug the gap and release what is now known as the HD700. But is it too late? Is it enough? I had lot of questions in my mind quite apart from the fact it looked like a mini HD800, apparently a whole new R&D team came into develop this headphone also meaning the HD800 sound on a smaller scale should not be expected but coming in at $1k it would have to be pretty darn good to dislodge the current flagship incumbents from the ortho makers and Beyer. It really has to offer something different or unique to give it a fighting chance in what after all is now a very picky market. 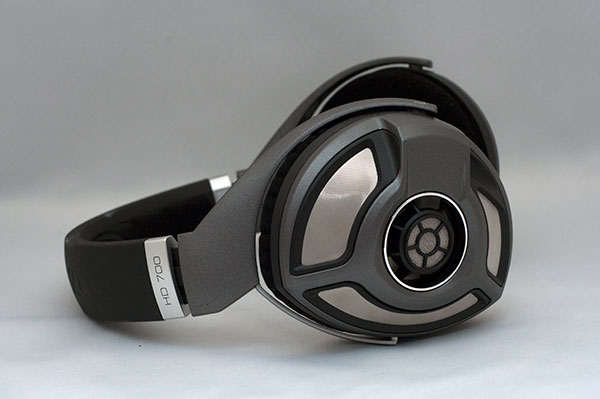 And that is the positive and worrying dichotomy of the HD700 in a nutshell – it is unique, it is different but I am not entirely sure this uniqueness is going to give it the edge to dislodge the boutique flagships. Call it consumer tastes, call it audiophile fuss but in all honesty, though I liked aspects of the HD700 a lot, I do think it is an oddball of a headphone and enough of an oddball to possibly believe that it will remain a niche headphone on the fringes in terms of general acceptance. Sure it is Sennheiser so expect to see it everywhere and that means a lot of places that Audeze and Hifiman cannot reach and by that simple logistic equation it will sell quite a lot to satisfy the accountants and marketing but to the listener in the market for a really top end headphone I believe the HD700 is an acquired taste in many respects. 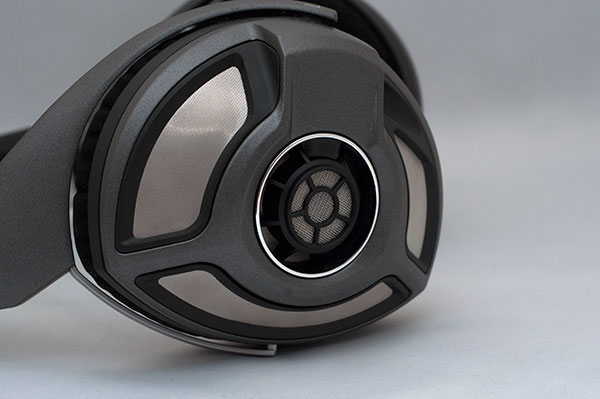 What I can tell you it does indeed look like a scaled down HD00 more than an upmarket HD650 so the semantics of what Sennheiser are trying to convey is more in line with the HD800 lineage than an extension of the HD600/HD650 legacy. This is important not just for the interpretation of the HD700 performance but also I suspect for the pricing perception. It is a comfortable open headphone, no doubt about it, one of their best yet and with a similar cue from the HD800 you can well understand why they went for that format. I have yet to find a more relaxing headphone to wear, to be frank, outside of the HD800 and coming in a bit smaller and lighter then you have a tempting long-term listening experience. Still with roughly the same cable attachment format as the HD800 though thankfully much easier to extract and insert than my jackhammer HD800 cables and made from a strong if somewhat disobedient nylon coated wiring. 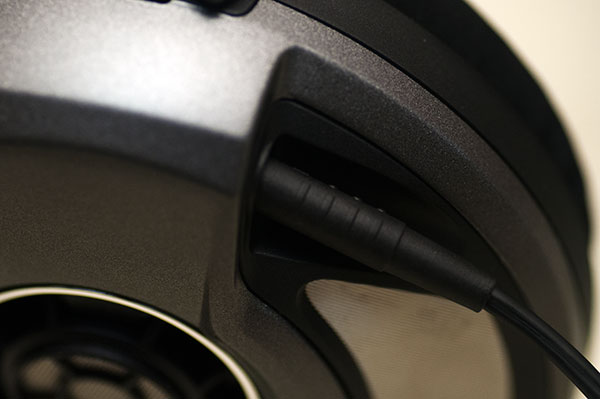 Let go straight to the nitty-gritty of my split personality when it comes to the HD700. If you scan the net right now you are going to come across a few camps of thought. Those that possess the frequency charts will tell you that the HD700 is a basket case of a frequency curve with a smooth bass, sucked out mids and a jackrabbit of a treble line that doesn’t know the meaning of peace and quiet. Most are not complimentary and to be honest when you look at it you have to agree. It is an ugly line no doubt about it. Of course, if we bought by charts we would suck the soul out of this passion right there and then so I won’t say this is the be and end all for the HD700. The fact that a Beyer DT880 has almost the same response curve is kind of funny but that is another story for another day. 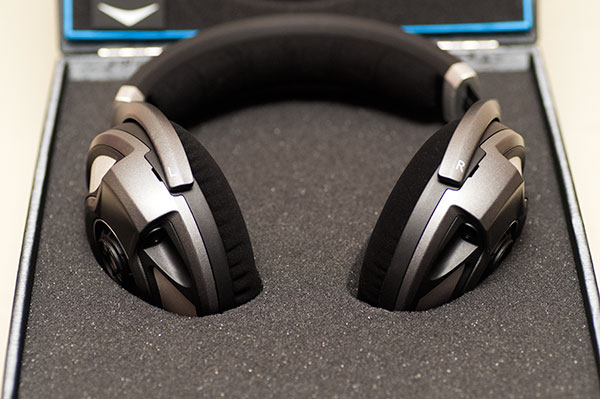 Then you have the listeners – the ones that don’t really fall for charts and go out there and put their ears to the test (no offense line watchers) and even then they are split. Some offer a kind of uber Grado type conclusion with its aggressive top-line sparkle and speedy articulation and musicality. Others call it is scaled down HD800 with a better analog and more intimate musical experience. There are some that wonder if the HD700 sums up all the attempted fixes of the HD600/650 and HD800 into one glorious compromise and ended up with a patchwork of differing ideas into a set of cups without any sense of coherence. All have merit in some way or another.

For me, the HD700 is the compliment to the HD800. For those looking for a more intimate musical compliment to the big analytical and at times colder brother the HD700 may be the best fit if you want to stay with the Sennheiser brand. It is a darker and more analog sounding headphone than the HD800 with a smaller soundstage that is slightly more forward (hence the Grado comparison) and aggressive presentation and a lower end that kicks with more authority than the politer but more accurate HD800. 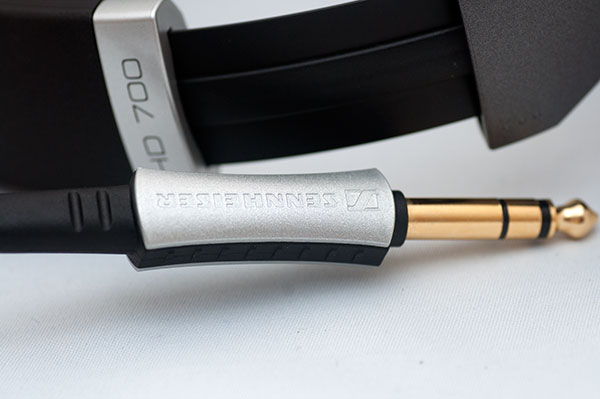 I hear criticisms about the uneven treble and to be honest I get that – its a spiky treble with an uneven upper tonality that can sound off on some audio but oddly enough can do quite well in other genres. Though hot, it’s detail and speed is excellent and interestingly I found it excelled in rock and metal genres where I had not expected it to. My previous experience with the sparky Grado 325i might have helped me in this respect but I honestly didn’t expect the HD700 to give such a solid showing. The added lower end weight and warmer mids certainly added to the musicality combined with the articulate and speedy upper attacks allowed complicated rock tracks, though not as detailed or expansive as the HD800, to seem more musical and engaging with the right amping.

That being said the bass is still too shallow and as such represents a missed opportunity for me to really complete a more musically enjoyable experience. If the intention was to produce the rebel little brother to the HD800 it is only a partial response considering the primacy of the LCD-2 when it comes to slam and extension and the rounded accuracy of the T1. Though meatier than the HD800 in terms of slam, in the greater context it is still much too polite. Modern genres such as pop and R&B just sound a bit too thin and laid back on the HD700 to ever sound totally convincing. 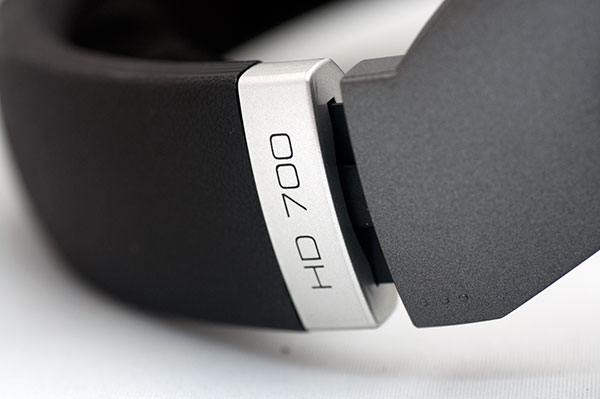 I did enjoy vocal presentations on the HD700. Though spiky and hot I never felt it was out of control or reduced to a sibilant mess compared with cheaper headphones. Jazz and solo vocalists, particularly female vocals, came across as detailed and engaging. Accompanying acoustics where precise, fast and very detailed. This is not a muddy or veiled headphone in any respect – it does draw you in and involves you much more than the HD800’s arena-type atmosphere. Where the LCD-2 might excel on slam and bass extension the HD700 is certainly more articulate and cleaner and detailed further up the scale. Some will find the HD700 more rewarding than the LCD-2 for vocals.

Oh, the eternally subjective concept of system matching. A dark art of epic proportions (depending on your disposition), but in the case of the HD700, you might do well to listen to the soothsaying this time around because the camp you fall into from my humble ears might actually be influenced largely by the setup you have. Now for me, the HD700 house signature is not going to change substantially but depending on your sensitivities and if you have the choice then throw it into a warm amp, a smooth amp or a good quality tube amp and let that analog sound flow. 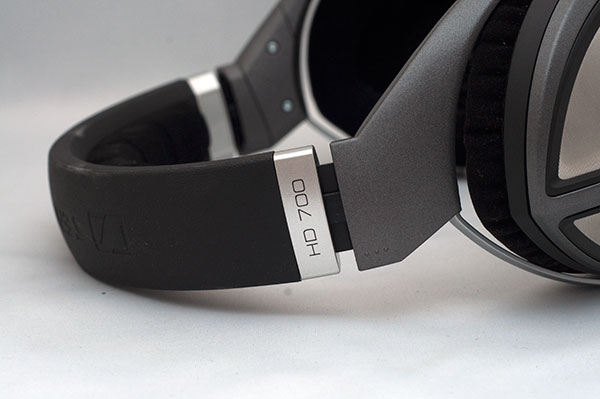 At 150ohms it is an easier headphone to drive than the 300ohm HD800 but it is not the power matching but ultimately the tonality matching that the HD700 needs. It will work just fine volume wise out of an iPod but given its price point and pitch the HD700 will scale quite well though not as much as the HD800. I found the top end to be much better controlled and smoother out of a Woo WA6 than say a Fiio E9 naturally though but the tube match was also much more rewarding than the solid state though warm HA-160 from Burson Audio.

On the portable side the ALO Audio National and in particular the Continental where excellent matches for the HD700 over the more neutral and brighter Ibasso PB2 and DB2 combinations. The ALO RX3 was also a very competent match but I gave the edge to the Continental due to its warmer lusher approach and sensational mids performance.

Don’t view this as a smaller HD800 or a more expensive HD600, that would be unfair to the HD700. This is a unique headphone and a pretty good compliment to the colder sterner more analytical HD800. It positioning though is in a sweet spot right now in the market where competition is very strong and as such its going to be a challenge to be a market leader coming late to the game. Its a beautifully crafted headphone, more comfortable to wear than many competing headphones and the mini HD-800 look gives an added sense of high-end. The strength of the HD700 is its articulation and detail combined with a warmer more analog approach than its bigger sibling the HD800. In that sense, it is an interesting complement to the HD800. 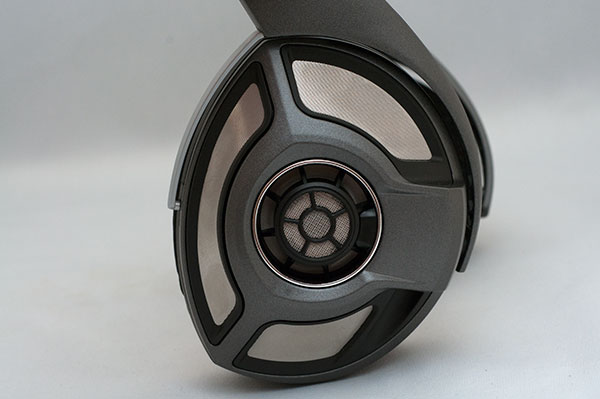 It works surprisingly well on rock and metal if matched accurately and its somewhat uneven upper treble does respond better with tube amplification that neutral solid state. It does lack bass impact for me though and the spiky upper treble can be off-putting at times. If you have a T1 or an LCD-2 or even both then this is a tough purchase to justify given the overlapping strengths of these two major players.