In this feature, we review the Noble Audio Django, which is a high-end universal IEM series in-ear monitor with six balanced armature drivers. It is priced at $999.

Disclaimer: This is a sample sent to us in exchange for our honest opinion. Headfonics is an independent website with no affiliate links or status. We thank Noble Audio for their support.

To read more about Noble Audio products we have previously featured on Headfonics click here. 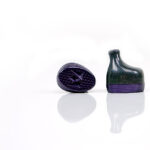 Noble Audio Django
The Noble Audio Django lives up to its description pretty well actually. This is musical and it is fun sounding. It is not V-shaped but rather with a firm focus on a more liquid and rich sound with strong mid-bass and vocal performances.
Slide here to add your score on the gear!36 Votes
8.5
8.5
Reader's Score
$999
Noble Audio

The Noble Audio Django is technically the successor to the older Noble Audio 6 and sits at the very top of Noble’s classic range of universal IEMs.

Priced at $999 only the Katana and Encore are more expensive so it is not quite a flagship rating but pretty high. However, this particular price point is unusually becoming a bit of a sweet spot for some of the best universal IEMs in the market.

Companies such as Campfire Audio, Earsonics, and Fidue have all launched some very well-received Products. IEMs such as the Andromeda, the A91 from Fidue, and the ES-5. All have found enthusiastic buyers and all have 5 or 6 drivers as the common denominator outside of their excellent performance.

The Django, like the Savanna and the Sage we reviewed previously, are revisions of previous Noble models. Not just physical upgrades but sonic tweaks also. We have been impressed with the revisions to date. Question is, will the Django be third time lucky for us?

The Django is a 6-BA driver universal IEM pitched as fun or musical-sounding signature as opposed to the Dulce Bass one step below which is more focused on a predominant bass signature. Thus, whilst being tuned to be musical, Noble is pitching the Django as a bit more balanced in the presentation.

Like a lot of the new universal IEM line-up, Noble uses Knowles-manufactured BA drivers. However, they are not off the shelf. Instead, these are proprietary driver designs specifically for Noble’s universal line-up.

This is not the first time I have listened to the new driver designs from this partnership. The Savanna and Savant were two previous examples. Both of these IEMs. combined with the Wizard’s tweaking of the internals shows just how much further BA performances have come forward since the days of the Universal Classic line-up a few years back.

The final pitch is the all-new precision machined aluminum faceplates that we have seen previously on the Savanna and the X. Like the rest of the new range, the Django is hand-assembled and matched to ideally work with the widest range of sources and portable amps as possible. In summary, the drivers are a lot more efficient than they used to be. 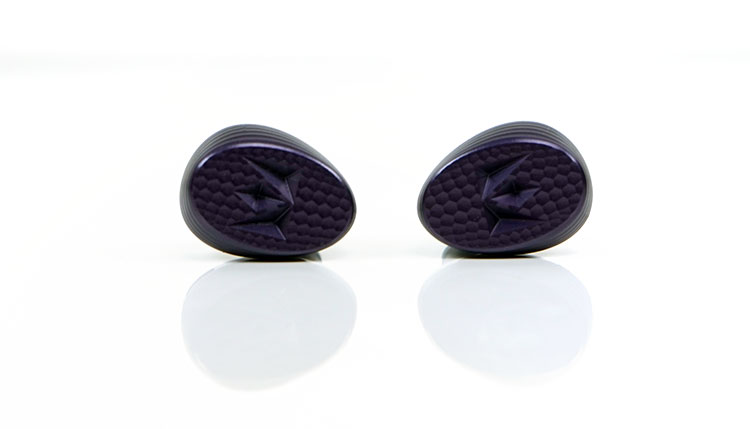 The Django continues with the same form factor and materials as our previously reviewed Savanna. At the time of writing Noble has not made a Wizard edition for the Django so this is the only format option.

As always specs are a touch light to go by with Noble IEMs so there is no indication of weight but a rough guess is around the 25g marker and it does feel solid in the hand with those machined aluminum faceplates.

The additional 2 BA drivers inside the Django do give it a few grams more heft than the Savanna though volumetric dimensions are the exact same.

Dimensions are roughly 22mm at their widest, and around 12mm deep or 20mm from the top of the plate to the edge of the nozzle. These are not official dimensions, but rather my trusty measuring tape.

The unit itself comprises two parts, the shell, and the plate in a very contrasting color scheme. Side by side the Django is very harmonious in terms of looks and finishing to the Savanna and Noble X.

The key difference is the finishing color scheme. The Savanna is finished with a rose gold type finish and the Django comes in a darker purple paint job. Like all other universal IEMs in the Noble range, the hard plastic shell is finished with a dark-speckled paint scheme.

The faceplate is really well designed with some beautiful etched lines and a clear step up on the previously embossed plastic logo of the old Noble 6 Classic. It has a very attractive reflective honeycomb design with the logo cut into it rather than as an add-on.

It looks like it is built to last. The sides of the Django follow the groove pattern of the Savanna as opposed to the cheaper Noble X which had more of a dimpled feel to it.

I still have a slight concern about the two-piece shell sealing seam which is noticeable, perhaps even more so than the Savanna unit received last time around. I am not expecting seamless but the gap is a tiny bit bigger than before. That being said that uniformity of the gap is better than the Savanna with no slight overhang of the faceplate.

Also, this time around the nozzle tubes are flushed to the surface of the tip and certainly a bit tighter in terms of finishing than the Savanna and the Noble X.

I still rate the Sage bore finish as the best looking at them side by side though they all use the same materials in their construction.  As always, tips will negate the importance of this finishing once you slip them on. 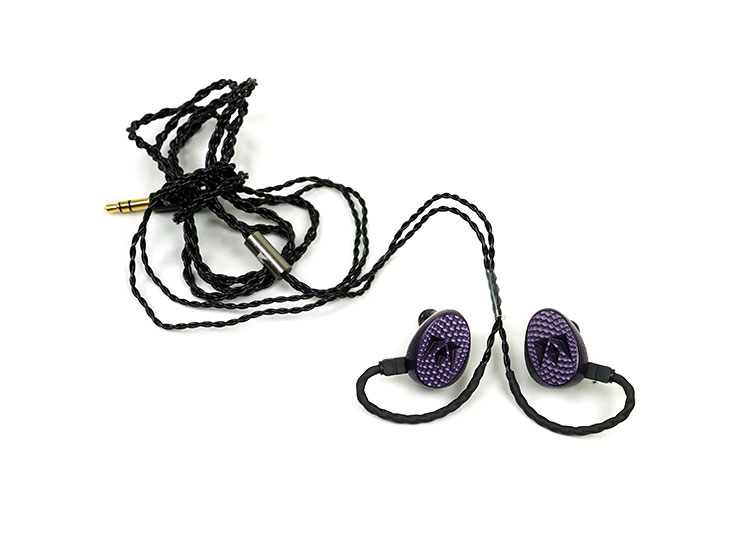 As with the Savanna, the Django is designed to be worn with an over-ear cable which measures around 1.2m in length. The stock cable is detachable with a traditional recessed socket type 2-pin termination.

The cable is a 4-cable braided construct with individual plastic wrapping. Like the Savanna cable,  the Django cable has a metal ‘y split’ tube with the Noble Audio logo engraved and a second short tube for chin locking. I would presume at this point this is the same cable for both IEMs and also the Katana we reviewed last year.

The cable is lightweight and pliant with short matching colored memory tubing for shaping around your ears to reduce microphonics to a minimum. Its materials I presume are OFC, perhaps a low gauge number, and 4 cores.

It is something to get you going out of the box but at $999 I suspect you will be hunting around for cable with better dynamic performance. I tend to find this cable quite relaxed and soft in its presentation.

Time and time again I have been impressed with the Universal range fit and seal and the Django is no different in that regard. Due to its slightly deeper form factor, the Django does sit out a bit more in your outer ear than the wizard editions. However, it is a rock-solid fit with above-average levels of passive isolation from background noise.

There is also little in the way of slippage or movement once in your ear. There is no messing around either for a sweet spot and no undue pressure on the outer ear that would provide any level of discomfort.

The included foam tips will give you an incredible seal but at the cost of some treble attenuation so you might be advised to try the single bore or dual flange silicone tips for optimal performance with a slight decrease in isolation as a fair compromise. 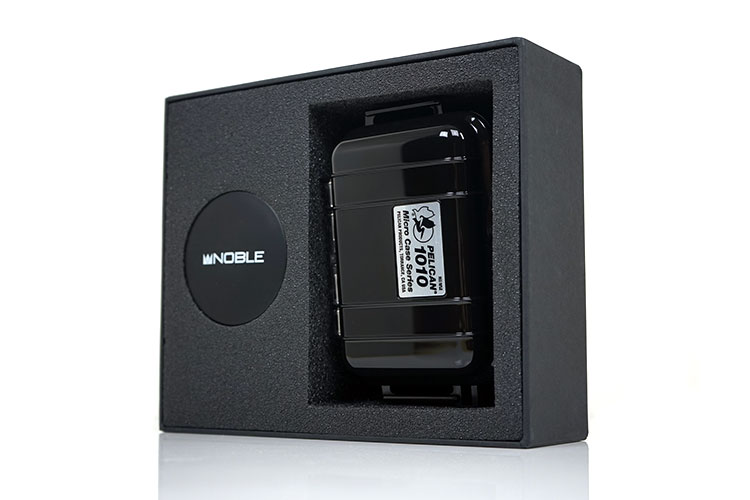 The packaging is bigger and better and far more product-focused than before. I think Noble gained some knowledge through the Noble X Massdrop launch with the introduction of the plastic hard case they first introduced in that campaign.

You still get the Pelican 1010 black micro case as with previous editions of the universal series but they have expanded the size of the retail box to include that X smaller hard case also. And what a retail box it is now. 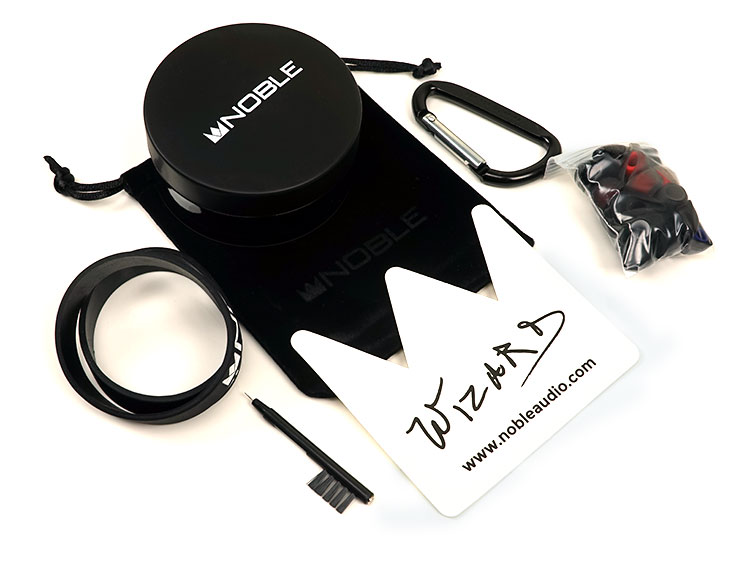 However, in the accessories list, we are missing the beautiful metal tip tray received with the lower-priced Savanna and the Sage. That is a curious omission for me given the $99 price point.

You do get everything else though such as a wide range of tips, pair of branded rubber bands, a cleaning brush, a carabiner buckle, a soft velvet carry pouch, and the warranty card and stickers. Could it be the inclusion of the hard case priced out the missing items?