The below impressions are made after a few days of continuous burn-in and at least 15 minutes of warm-up after connection. A different mix of earphones and headphones at different impedance ratings terminated in 3.5/ 4.4 are used to give the HM1000 a thorough check-up.

The HM1000 has a beautifully rich yet unaltered presentation with a silky smooth level of articulation with a very airy bass performance. There is a lot of density/resolution in the output and the vocal performance is exceptionally natural.

The vocal presentation is tonally rounded but very well controlled without getting edgy or bland sounding. In my opinion, the sound performance is at least the R2R2000 Black level if not better.

The HM1000 has an excellent level of dynamic range that enhances the perceived resolution and emphasizes the bass and treble extension making it sound deep and tall.

The HM1000 timbre, as some other high-end 1704K implementations is a rich and dense sound though very controlled with zero smear and a wonderful level of textured detail.

Comparing the R2R DAC on the HM1000 to modern chipsets is like comparing a CD to a modern record player, somehow the HM1000 carries some of the analog traits while sounding quite modern in some ways.

To a certain extent, treble refinement is sacrificed for a super smooth “analog sound”. You will not feel any frequencies being emphasized and it rounds off the upper treble only very gently.

The vocals are silky, transparent, realistic, and highly detailed. The tone veers away from “rendered to sound good and separated”, but rather organic and authentic.

While the vocal is exceptionally smooth it also retains a lot of texture/microdetails in the lower frequencies. The upper treble rolls off gently and gives brighter vocals/ strings/ woodwinds a sweeter finish, everything sounds brilliant but not sibilant nor curtained.

The overall experience sounds more like a room with good acoustics, where the extremely low frequencies are well-damped even at high SPL and the treble is always clean and controlled with no unwanted resonance.

The HM1000 has an effortless extended and expanded soundstage with all IEMs. Staging has excellent width, impressive depth with exceptional 3D imaging. Every instrument is effortlessly separated and clearly presented so you can hear pinpoint positioning even when the music goes big on atmospherics.

The precise vocal imaging highlights the performance, very vivid, and naturally presented with the perfect weight. There is no digital altering to add artificial texture to it or to boost certain frequencies noticeably.

The bass, on the other hand, has good power sounding planted and deep. You can hear the subs develop and disperse into midair with a moderately fast attack speed.

The overall soundstage sounds complete and realistic. There is good openness and power to handle waves of punches, impressive for instruments intensive tracks with fast attacks. 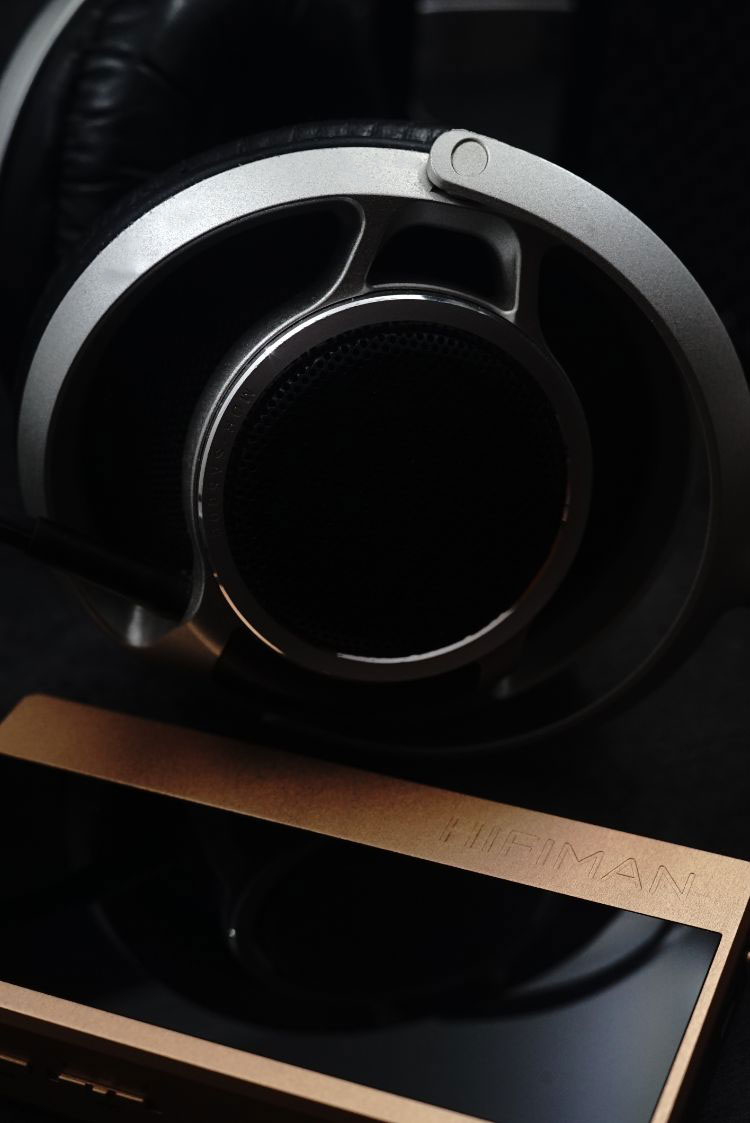 Using the HM1000 with the Oriolus BA300s 4.4mm balanced line-in the output signature is consistent and clear sounding. The signal is clean, vocals are clearly outlined and exceptionally opened up with a natural tone.

The HM1000 can easily replace some entry-mid tier decoders and could rival desktop, A/C powered decoders like the RME Adi-2 Pro hearing how it renders the vocal and layers the bass.

While the HM1000 boosts 500mW of power, it also has 3 levels of gain (super low, low, and high gain) which helps with a better match for sensitive IEMs, higher impedance IEMs, and headphones which require more voltage swing such as the HD600.

The physical gain button gives an instant boost to dynamics, and lower gain is surprisingly friendly with overly sensitive multi-BA designs. Noise control and dynamic range are exceptional considering the 1704K is from before the year 2000.

I can hear a very faint hiss on the low/ super low gain options but once the music starts it vanishes. Sometimes the background noise within the original recording is louder than the nearly negligible hiss in the background.

The digital volume control works perfectly for sensitive IEMs such as the Andromeda or Solaris and there is no channel balance issue at low volume. The medium gain is the all-rounder option where you can feel a more solid punch in the lows and air in the treble.

The higher gain seems to add a little bit more weight to the treble, which works best with higher impedance buds or headphones such as the HD800. The noise floor is still extremely low on high gain and probably won’t be noticeable when the music starts.

Putting headphones or other higher impedance IEMs such as the Obravo RA C-Cu on the HM1000 the higher gain will optimize dynamics and bass performance. There is a lot of power and even at a lower gain, you can feel strong kicks that reach deep and low. The control is still excellent with higher load, bass is still firm and kicks in politely with no bleeding into the mids.

The overall performance is very clean, engaging, and uncolored. There is surprisingly enough current to keep bass up to speed which makes it more natural and cleaner than most of the portable sources I have tried up to date. 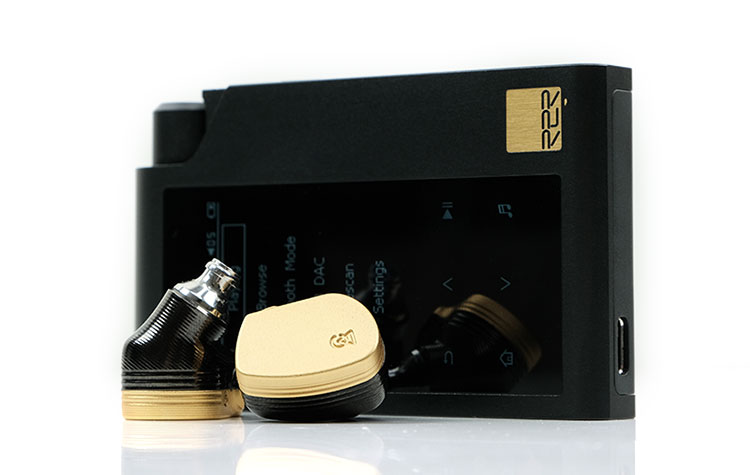 There have been audio friends around hyping up the R2R2000 Black and getting even more excited with the R2R2000 Red.

I had some good ear time with both but both units still gave me the impression of a retro machine possibly due to the noise floor and roll-off in the treble. Nevertheless, the red still impresses me with its very vivid vocal and juicy bass punch that makes every tune a joyful listen.

To me the HM1000 is more like a revamped R2R2000 Black which completes the R2R2000’s design, taking out flaws from the system that drags down its performance and bravely taking out the screen on a $4000 product.

The overall sound signature is more balanced while staging and vocal positioning is rendered alike, with much-enhanced layering and density in the mid and lows and an even swifter vocal performance.

If you are one of the fanboys the HM1000 will impress much more with its much more effortless presentation, grand staging, background noise control, and true to life vocal performance.

The HM1000 feels modern, energetic, agile in response. It feels very complete in terms of sound, as impressive as the HM801 in the good old times but now much more portable and as powerful. 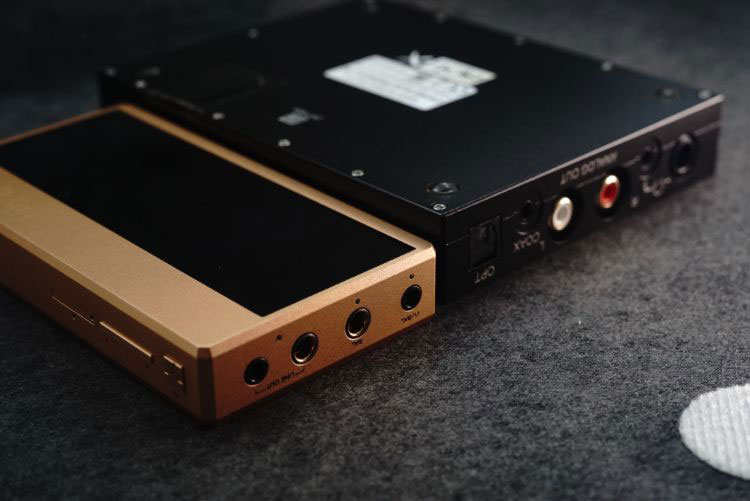 Chord users may be happier with the design and treat it like a DAC with onboard memories much like Hugo 2 with the 2go streamer extension or the Mojo with Poly.

The Hugo2 is doubtlessly one of the best portable dac amps in class but the HM1000 is a serious contender that packs in as much resolution and output power with onboard memory/ remote app support in a much more compact profile.

Every time I listen to the Hugo 2 I rediscover some micro details in some old tunes. I love how it smoothes out the music while adding more texture and layering to the bass, strengthening harmonics, and squeezing out tons of microdetails.

The HM1000 does not refine the tunes the same way and keeps everything weighted the way it should be. Putting the two head to head it feels like comparing solid-state to tube amps and the HM1000 sounds the more authentic and open of the two.

To put it simply, I will pick the Hugo 2 over the HM1000 for digital instruments but for authentic, smooth vocal performances the HM1000 clearly wins. Considering the size and similar level of resolution, HM1000 is overall the preferred choice for me.

It is unavoidable for some DAPs to be compared given the form factor, modern usage trends, and similar output power ratings. Many brands are also building controller apps such that you could remote control the player in your pocket.

Using the Shanling M6 Pro we reviewed earlier as an example, it features up to 600mw @32Ω on the highest gain and is compatible with the Shanling control app. With a more sophisticated app, there are a lot more functions you could tweak around and more options to browse through your library.

In stark contrast, Hifiman cooks their code inhouse and they pick the minimalistic route, so the app has options compared to its Android OS-based counterpart. There is nothing to blame since I don’t expect a lot of tweaks are needed for a high-end device. However, it would be more welcome if some options such as an additional bass or treble boost or EQ was available.

As far as you may be concerned the sound and power are more important. Both have similar output ratings with Hifiman HM1000 at 500mW and the M6 Pro rated at 600mW into @32Ω. Putting them to test after fully charging both machines, switching to the highest gain, the Hifiman HM1000 is a clear winner with its more dynamic and detailed performance.

The HM1000 has a better distortion control, a blacker background, and a higher dynamic range performance compared to the M6 Pro. Despite the M6 Pro also being rated higher there seems to be more powerful as well. Be aware this is only for OTG mode or onboard playback mode and the HM1000 sounds a lot less impressive with a Bluetooth connection. 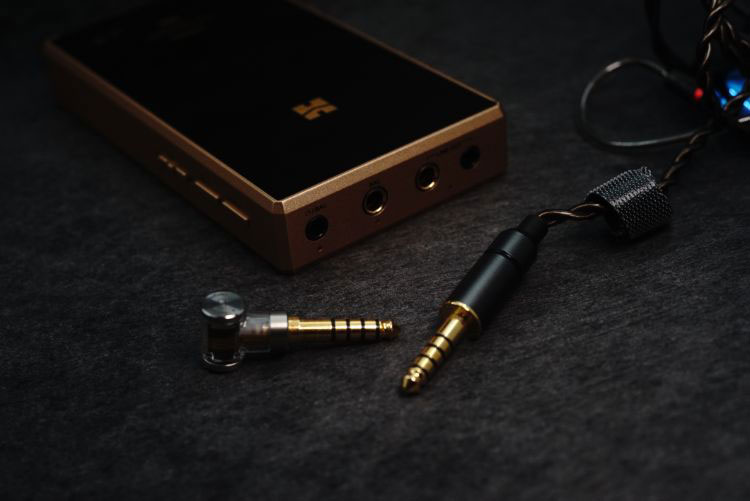 Like Tube amps in the modern market, you may be seeing specs that are not impressive enough, but the datasheet cannot represent everything, or else we will not have any high-end tube amps.

Truth be told the controller app may be lacking and the 3.5mm output is not as convincing, but the HM1000 is perfect to slide in the pocket offering top-quality sound on 4.4 output comparable to desktop gears.

Hifiman has definitely raised the bar for reference grade portable audio sound and it is amazing to see this fusion of old and new chipset technologies kicking ass.

The sound performance is world-class and I enjoyed using the OTG DAC mode with my phone or my laptop. If price, GUI experience is no object and you are looking for smooth, unaltered, rightful reproduction of sound, the HM1000 will be a solid recommendation.