The Oriolus BA300S is a portable tube amplifier designed to offer a fully balanced 4.4mm companion to Sony DAPs and other 4.4mm output devices.

Disclaimer: The Oriolus BA300S was sent to us in exchange for our honest opinion in this review.  Many thanks to Oriolus for giving us this opportunity.

To read more on tube amps we have reviewed at Headfonics you can click here.

Oriolus BA300S
The ability to go balanced right away with the BA300S and it's 4.4mm input/output system does raise the performance of my own IEMs to a very nice, albeit colored level. You just have to watch the noise levels which is par for the course for proper tube amps. That is one of the benefits of the Sony digital amping system you will lose by outputting to the BA300S.
Slide here to add your score on the gear!34 Votes
8.1
8.1
Score
$415
Oriolus

This is our first time covering an Oriolus audio product. You may have heard of them or own one of their IEMs which is where they tend to be well-known for. Oriolus is a brand of Cyras Co., Ltd. Japan. Launched in 2015, they started down the road of hybrid IEMs with the likes of the triple driver Forsteni.

Now they also specialize in what some may consider a dying art form, the analog portable amp. Oriolus hope that interesting features such as the use of the dual-channel vacuum designs and the new Korg NuTube design in their N-1 tube amp will capture peoples’ attention.

The $415 BA300s is one such example. Sony DAPs are hot right now from the A45 up to the 1A and 1Z. They sound great but their power output is not huge. Oriolus think they can improve on that as well as tap into the potential of Sony’s 4.4mm balanced output.

To be honest, I thought portable analog amps had gone the way of the dodo due to 2 factors. The first is the increasingly efficient range of IEMs available that simply do not require huge amounts of additional power. The second being the improved capability of digital audio players out today that can pair well with most IEMs and a good amount of portable headphones.

Oriolus dare to think differently. The one area digital media players outside of the very expensive Cayin N8 cannot do yet is incorporate tube technology. All sorts of electrical issues as to why a tube design is impractical in a music player not least the impact of heat in a true tube design on other components such as an LCD screen. This is where designing a portable tube amp still has an almost “magical” appeal to tube lovers.

The BA300s is more than just an analog tube amp, it is also a 4.4mm fully balanced tube amp. It is designed to pair up with Sony DAPs, primarily the ZX300, because of the form factor. However, it will pair with any source that uses a 4.4mm output in a traditional double-amping setup rather than a classic line-out since classic LO’s only use a 3.5mm connection output stage.

Analog amps have an inherent level of noise. How much noise depends on how well the amp stage is designed including any desired mute relay. With analog source amp stages, double-amping has a tendency to amplify any inherent noise in the sources amplifier because the signal is forced through this amp to the output jack stage, unlike a line-out.

Pairing with a Sony DAP is somewhat different to a regular double-amping DAP pairing because of the use of their own S-Master HX amplifier which is a digital amplifier as opposed to analog. We threw in this short Sony video to better help you understand why Sony use a digital amplifier.

The pitch here is that the BA300s will directly benefit by offering a purely 4.4mm balanced analog tube amp tied in with a very low noise output from Sony DAPs digital amplifier.

One of the salient features is really the very low SNR or zero hiss presentation. Much more so than standard analog based DAPs that use 4.4mm outputs. You could argue that this is not double-amping in the conventional sense since the signal is kept entirely in the digital domain until it hits the BA300s analog amp. 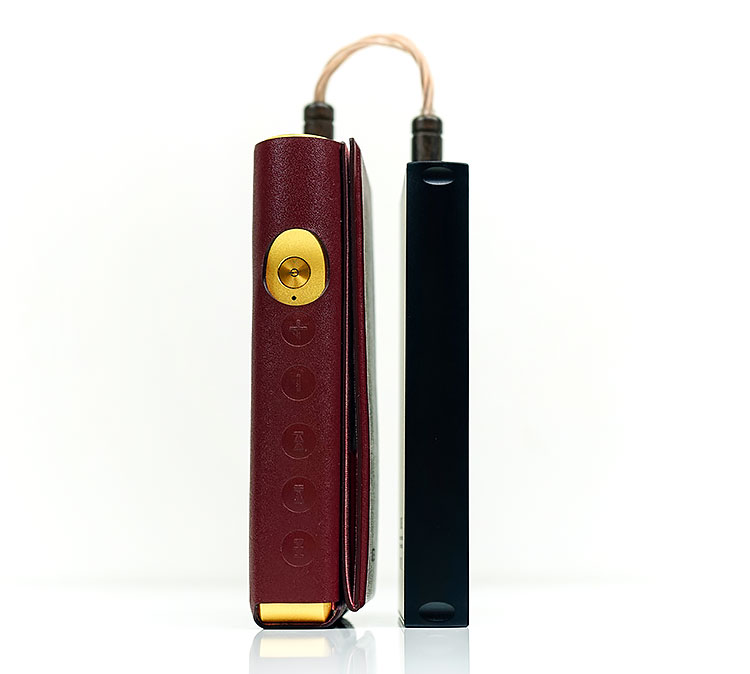 If you are rocking a Sony ZX300 then you are in luck as the form factor of the BA300S is almost the exact same in terms of dimensions and visual aesthetic. I don’t have a ZX300. Instead, the pairing is an NW-WM1Z and the BA300S is a fair bit smaller, not to mention a whole lot lighter, than Sony’s flagship DAP.

The chassis of the BA300s is crafted from a long rectangular matte black anodized CNC Aluminum material which I presume also acts as the heat sink for the tube design inside. There are some tiny indents on the top and bottom of each side panel which I presume is for improved grip when handling.

The one break from the monolithic black is the windowed panel on the top plate of the BA300s which does a nice job of showing off the glow of the tubes just underneath. When powered on they have a short interlude of orange before the LED goes blue denoting it is ready to be used.

The only other lit areas are to the back with the charging LED light which is really small and just beside the micro-USB charging port and to the front with a red glowing led light switch to denote when power is on. 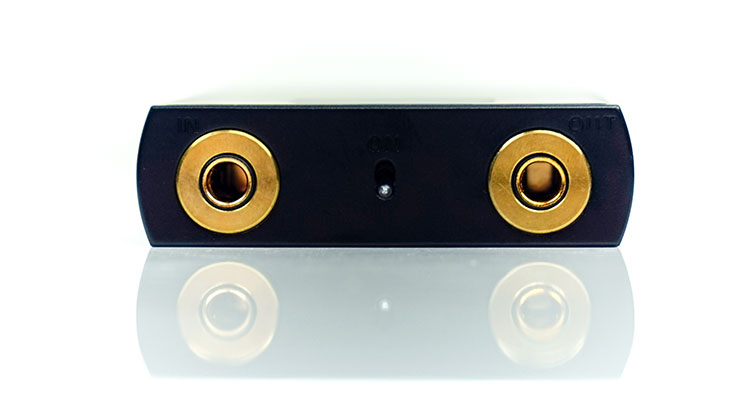 To the front, you have two 4.4mm balanced sockets for a signal input from the DAP and headphone/IEM output. The labeling is carved into the black shell but its kind of hard to make out unless you stare at it intently.

I would have preferred a bit of more visibility to denote which is in and which is out. The sockets are good quality gold plated stages with a nice comforting snap when the jacks are properly inserted. They are designed to mimic the classic Sony DAP look also to give it a seamless look when stacked.

Important to note there is no volume control on the BA300S. All volume is done via source device so you cannot use this on a fixed-voltage line-out connection with a 3.5mm to 4.4mm IC. 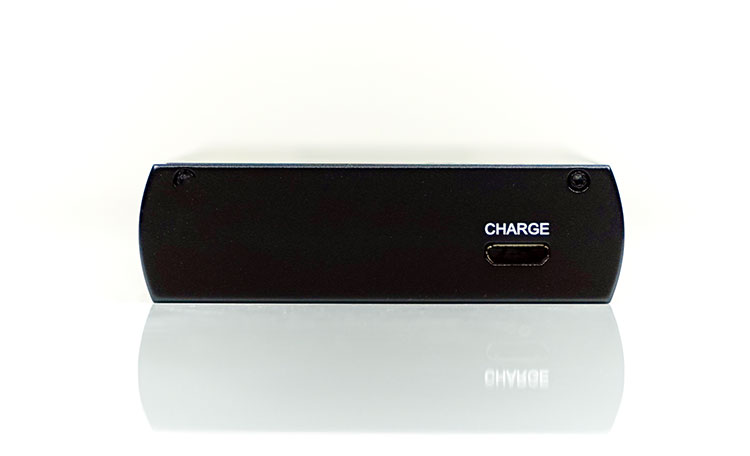 To the rear, you have a single charging micro-USB socket so no fast charging here. The tiny charging pin-hole LED light is about 1cm to the left of the USB socket. Hard to make out from the pics but it is there.

It takes about 2-3 hours to fully charge after which you get around 6-7 hours of battery life depending on the headphone or IEM load you place on it. Our tests had it closer to around 5-6 hours with a 30Ω IEM and a little lower with a 150Ω Sennheiser HD660s. Of course, Sony DAPs will mote along for up to 20-30 hours so there is a bit of an imbalance between amp and DAP.

Personally, I would have loved to have seen a USB-C socket here just for fast charging with modern day power banks. I could see this amp being charged in around 1-1.5 hours with USB-C.

The BA300S uses a dual channel “pencil” Dual 6N16B vacuum tube amp topology at the heart of its amplification stage. Instead of pins, they are hardwired into the PCB with a set of 8 flexible leads so sadly not rollable as far as I am aware unless you are a dab hand at electrical and DIY soldering.

For a portable tube amp, the BA300s has some pretty good numbers for its amplification stage. One of my own perceived weaknesses of the Sony digital amplifiers is the lack of power compared to the analog amp stages from the likes of iBasso.

The BA300S increases that to a 350mW +350mW output potential into a 32Ω load to open up the Sony a source to a lot more demanding gear out there that can avail of a 4.4mm output. The gain level is around a +3dB increase which is relatively mild though compared to the more powerful amps inside the more expensive ALO Audio V5 which is rated at +10dB gain.

Of course, moving out of the digital to analog domain means you will take a hit on the SNR and THD+N numbers and there will be a bit more noise using the BA300S tube amplification stage.

Will you hear hiss on sensitive IEMs? In some cases, yes, but I have yet to hear a totally quiet portable tube amp and the BA300S is no different there. 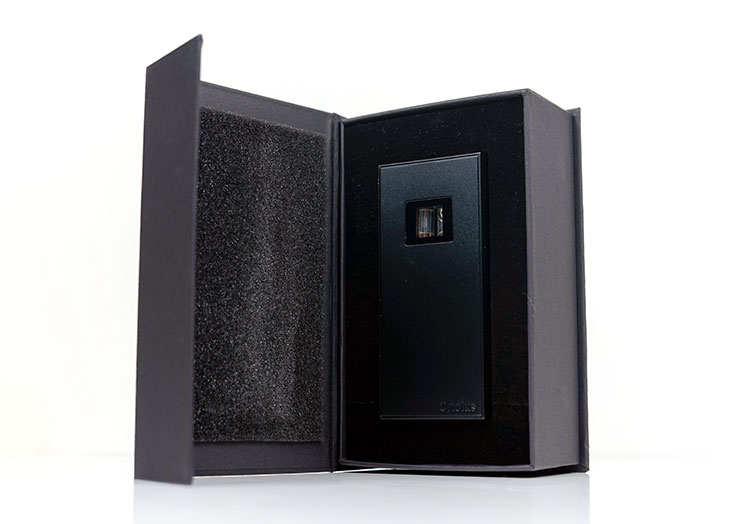 Actually, this is a pretty decent package and nothing too cheap looking. It does have a slight “Sony” air to the box dimensions and graphic design but not too much. Inside you get the amp itself set into a foam padded top layer. Below you get a wealth of accessories and manuals some of which are absolutely necessary to get the amp working right away. 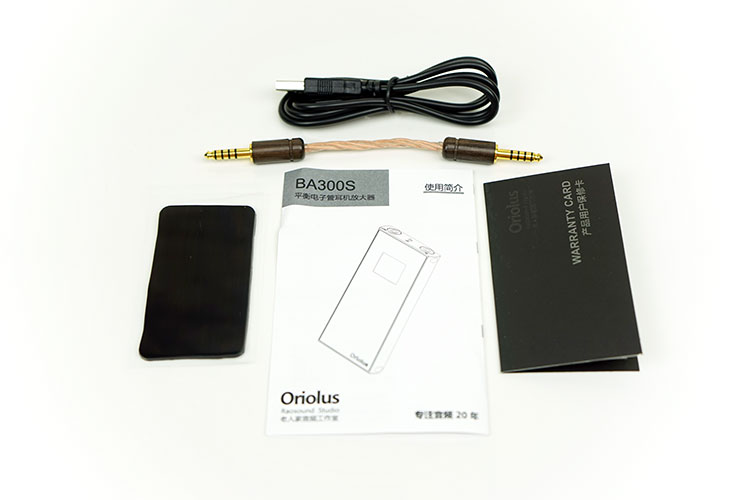 Aside from the USB charging cable, you receive a small pad for stacking the BA300S to your DAP of choice in a safe manner and a 4.4mm to 4.4mm short interconnect cable. This is the first time I have used a 4.4mm IC. I have a dozen 2.5mm and 3.5mm but not a 4.4mm.

The wood finish and copper tones behind the twisted translucent jacket is nicely done also. It looks attractive rather than industrial. There is enough pliancy for it to bend easily for stacking and not too long that it sticks out like a sore thumb. 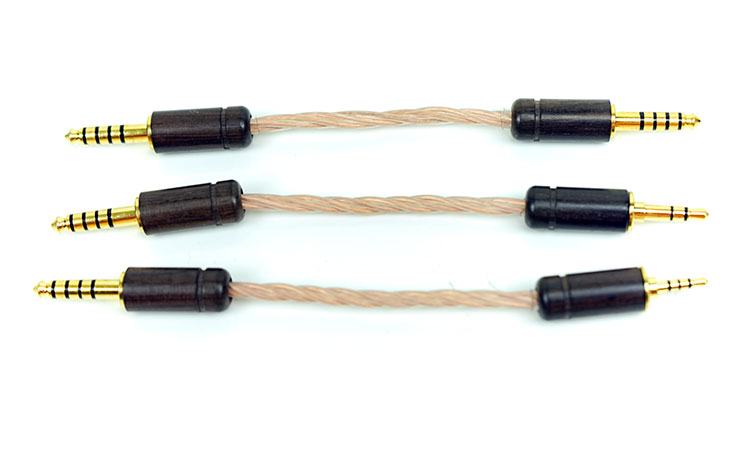 There are optional IC’s you can acquire from Oriolus also to make the BA300S even more flexible as an amp beyond just 4.4mm to 4.4mm connections. You can order cables with a 4.4mm to 3.5m and 2.5mm terminations allowing you to use them in balanced outputs of a wider range of DAPs such as AK, Shanling, and Colorfly.

Again, I must emphasize that due to the fact the volume is controlled via your source this does not mean you can plug it into the line-out of your DAP. Doing so will likely cause a bit of hearing damage.