In this review, we go in-depth on the HIFIMAN HM-650, which is the company’s latest swappable amp card-compatible digital audio player. It is priced at $449 with the standard amp card.

Disclaimer: This is a sample sent to us in exchange for our honest opinion. Headfonics is an independent website with no affiliate links or status. We thank the team at Hifiman for this opportunity.

To read more about the HIFIMAN products we have previously featured on Headfonics click here.

No matter the area, Hifiman always has pushed the envelope. For example, their first DAP was the monstrosity known as the HM-801. At 9 ounces and an entire inch thick, it, put bluntly, was a brick.

It was a wonderful-sounding brick at that with swappable amplifier modules to tailor the player to be used with almost everything from IEMs to high impedance headphones.

Fast forward a few years, the HM-901 was released. While it lost the beautiful piano gloss finish and beautiful PCM1704 of the HM-801, it gained a stepped attenuator with much more refined amp modules and a DAC circuit centered around the SABRE ESS9018K2M.

For those who aren’t a fan of the SABRE glare, Hifiman also released the Wolfson-based HM-802. Last year, Hifiman released the HM-650, basically an HM-802 without the ability to act as a USB DAC and clickable direction buttons instead of a scroll wheel (arguably an improvement). 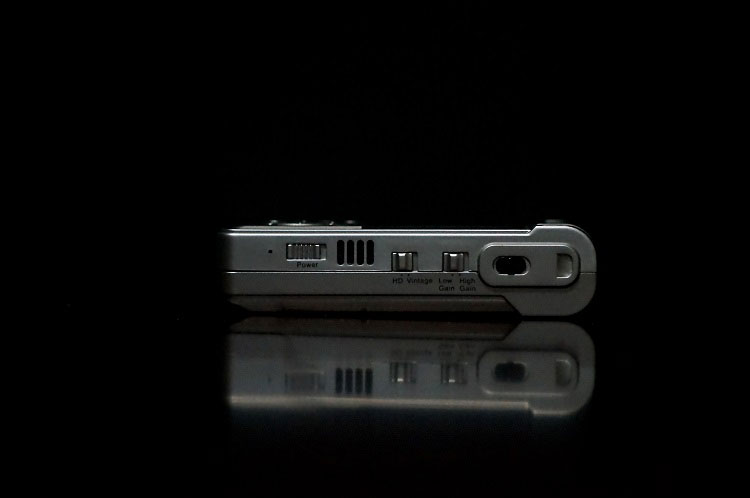 The HM-650 comes in a sturdy presentation box befitting its $449 price. Inside the box are the manual, line-out cable, and proprietary power brick charger. Yes, it has a proprietary charger, which is one of the biggest cons to the HM-650. If the charger is lost or falls outside of the warranty, it’s $69 to replace.

Negatives aside, the HM-650 is beautifully utilitarian in person. The FIIO X5 feels like a hunk of metal, yet I never felt comfortable holding it due to its flat back and constant fear I would drop it. In contrast, the HM-650 is a solid-feeling big hunk of plastic. It’s solid in the same way an old Walkman feels.

In fact, apparently, it looks like one too, according to my friend who saw the HM-650 on my desk and asked if it played cassettes. She has a point—it’s about the same size as the HM-801 so it’s still a bit of a brick.

The buttons click solidly but the switches are a little bit loose. I noticed that once in a while the “HD/Vintage” switch on the side would occasionally be in the middle of the two. The stepped volume control feels sublime. In a sea of digital volume controls, I get an odd sense of satisfaction feeling the slight friction the stepped potentiometer gives.

As far as inputs go, the HM-650 is a stark contrast to the X5 and iBasso DX90. While the latter DAPs have stuff like coaxial out, USB out, etc, the HM-650 is simply a music player.

Since the HM-650 retains the bulk of the HM-802’s capability at almost half the price, Hifiman had to cut most of the extras the other players in the HM-650’s price range have in exchange for a more powerful amp section.

The only inputs available in the HM-650 are a 3.5mm TRRS jack for potential balanced use, line out via the proprietary plug, and an SD card slot (the HM-650 has no internal storage so be sure to have one). 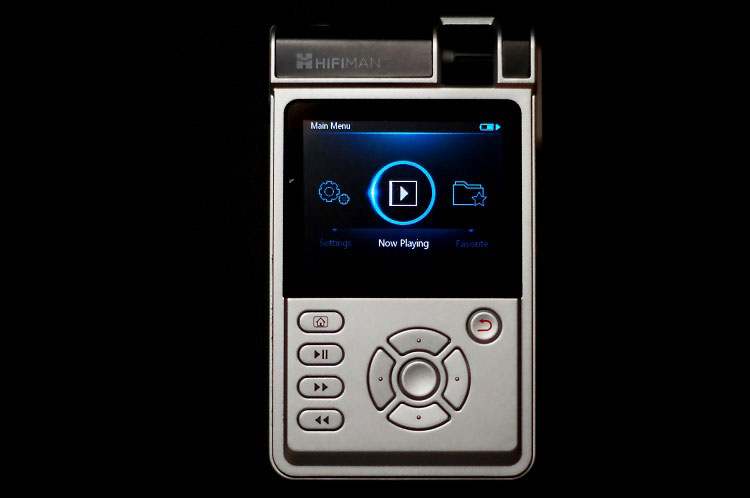 Hifiman admittedly isn’t the best at UI. The HM-700’s UI is borderline infuriating at first, for example. The HM-650 is a significant setup for organizing artists and albums correctly, but it was not without the occasional crash–all these DAPs’ UIs frankly make me yearn for another iPod.

The HM-650’s UI is navigable, with options to list music by artist, album, and genre, and it rarely lags, so there really is not much room to complain. Though I certainly wouldn’t complain if there were ever a Rockbox port like there is for the previous generation of Hifiman DAPs. 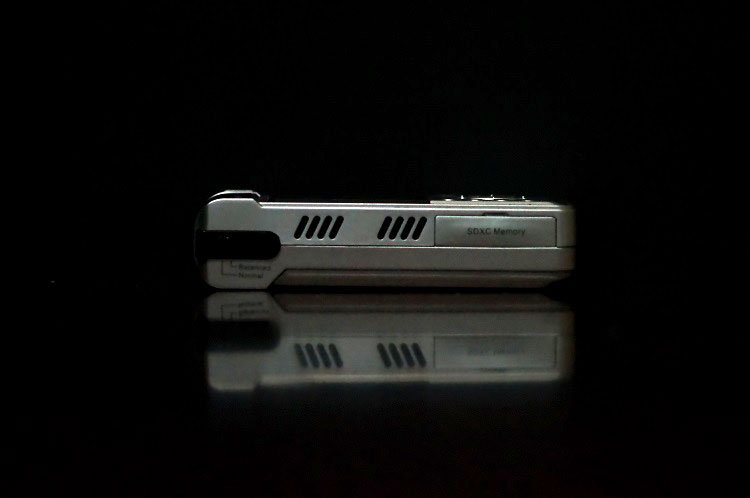 I came across something strange in my time with the HM-650: it gets hot. Since it’s impossible to put it in my pants pocket—my pants aren’t that tight I swear—I put it in my coat pocket when I used it walking to class.

After only about 10 minutes, I would always notice it was so hot I actually felt it through my pocket. The vents on the side aren’t ornamental; they’re actually pretty necessary. The HM-650 never got unusably hot, but it’s a strange occurrence. 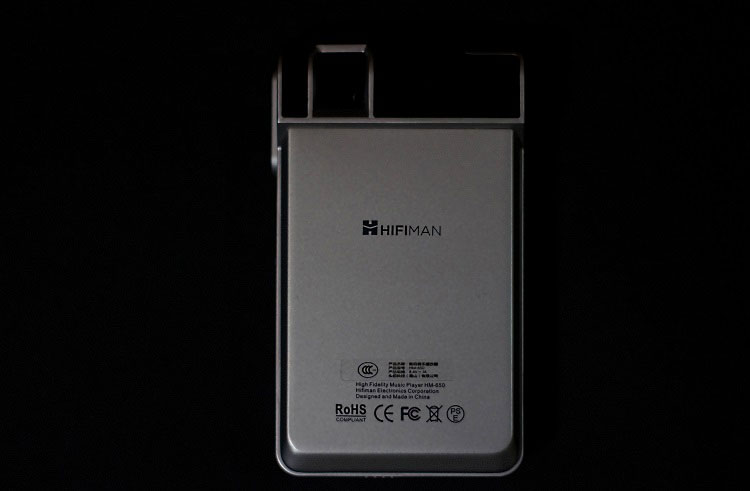 But more than anything else, battery life is my biggest complaint with the HM-650. The website claims 9-hour battery life for the HM-650, which already isn’t superb.

The HM-650 Hifiman has loaned me for review comes with the balanced card and I’ve had trouble eking out more than 6 hours out of it.

For reference, after leaving my dorm, taking the hour-long subway ride to Logan Airport, waiting another 30 minutes trying to get past the TSA, and the three-and-a-half-hour plane ride back, the HM-650 was almost dead. It actually only lasted another half hour after the plane ride.

For all the power stuffed in the HM-650, there isn’t much room to complain about battery life, but the combination of the meager 2100mAh battery (which is replaceable at $99 for an extra battery) and brick of a charger makes the HM-650 more of a transportable player than a truly portable player.

It’s sad that the battery life is subpar due to the HM-650’s circuitry, as it’s almost enough to make it worth the trouble.

I’m quite familiar with the Wolfson WM8740 in the HM-650. The piece of equipment that’s stayed with me more than anything other than my AKG K271 is my Gamma2, which uses the WM8741.

The typical Wolfson warmth stays true with the HM-650. I noticed a slight bit of roll-off at the harmonics with the HM-650, which kind of makes the “Vintage” switch, which lowers the treble by 3dB, a bit too much for most headphones.

Treble, as I’ve stated, is a tiny bit rolled off, as it is in many WM874X implementations, but it’s tasteful in an OTL way. It does not sacrifice detail and is in fact a good bit more natural than the FIIO X5, which I felt sounded slightly robotic.

I’ve yet to try the iBasso DX90, but before anyone asks, if it is SABRE implementation is anything like most others, it’d be a different signature—the DX90 likely has more energy and presence whereas the HM-650 tries to meld the treble to be as inoffensive as possible and integrate it with the rest of the sound.

The midrange is unquestionably forward, making it a joy for most headphones lacking slightly in mids (though don’t expect miracles; they couldn’t save the V-MODA M100) but a bit too much for something like the Sennheiser HD650 and, at times, the OPPO PM2.

Timbre is excellent, as expected from something with an amp module that seems to have much thought put into it, easily besting the X5 and even, from my very brief experience, the Astell & Kern AK100 MKII.

I wish I could add more impressions about the AK, but I only heard it briefly and only remember being pretty disappointed with the midrange, which sounded artificial. 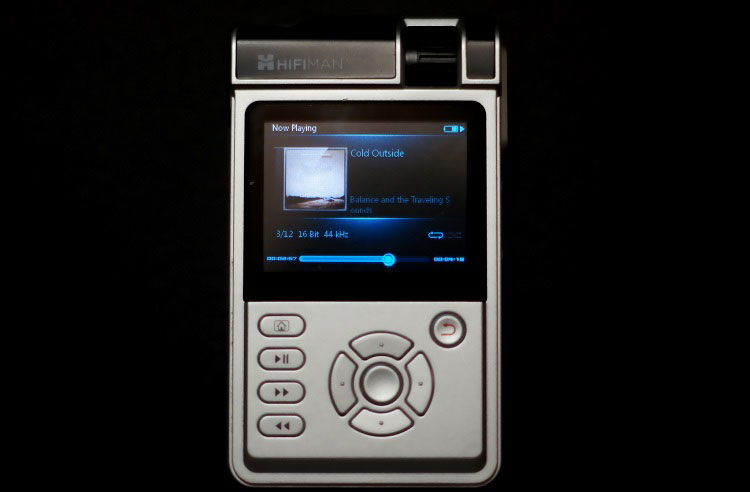 Bass is where the HM-650 does strangely well for a WM8740 implementation. A great number of WM8740-based players and DACs I’ve heard struggle with bass, blurring it slightly. But the HM-650 had surprisingly capable separation thanks to its fantastic amp section.

Not only is the bass well-executed, but it also manages to be this good while still being slightly elevated. I wouldn’t call it a bass head’s dream, but it’s easily the most engaging DAP I’ve used.

Now comes the bad part: with the balanced card, using any IEM was like a game of roulette. The HM-650 has so much gain, and the pot has such drastic changes in volume that sensitive IEMs are basically unusable. I’m sure the regular card or better yet, the IEM card is a much better choice. 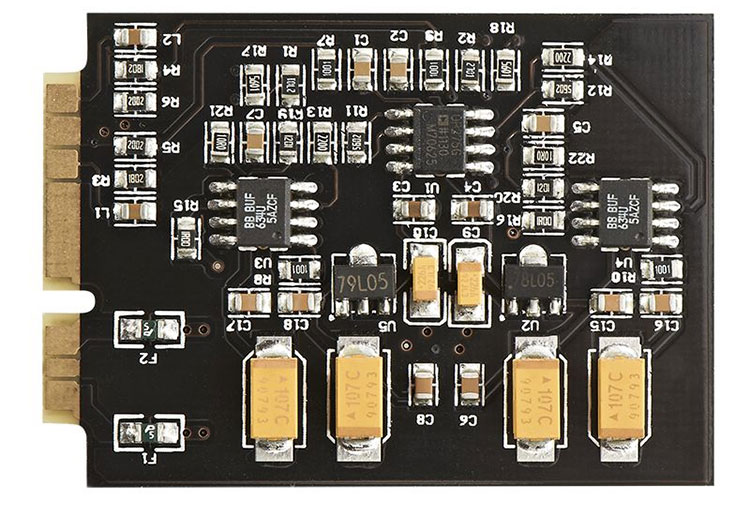 The only problem is that its battery life is kind of pathetic and makes it hard to recommend as a portable DAP, not that its size makes it very portable anyway.  Though it is much more manageable size-wise than a DAP/amp stack, which is what I believe Hifiman aims to replace with the HM series.

I actually use it paired with the Blackwood (usually with the charger in my backpack) as a library setup with great success. But I did occasionally get called a “hipster with a cassette player.”