The Campfire Audio Solaris SE is a special edition version of their flagship hybrid Solaris featuring 3D printed ceramic acoustic chambers and natural abalone inlaid. It is priced at $1899.

Disclaimer: The Campfire Audio Solaris SE sent to us is a sample in exchange for our honest opinion. We thank the team at Campfire Audio for giving us this opportunity.

Almost exactly a year ago we did the full review of the original hybrid Solaris Flagship which went on to pick up our top universal IEM award for 2019. I think I used it for just about every DAP noise floor and sound quality review section we did last year. Certainly, we churned through plenty of tips in the process. Know it well? Hell, yes!

And in 2020, along comes the Solaris SE into our office and with it, the groans of tons of DAP companies get a little louder. There are only 750 of these made so that’s pretty much special edition limited in my book.

The price is higher though at $1899. Mind you, in 2019 the original price of $1499 for a flagship hybrid seems tame now looking back on the $2-3k models that were launched. However, what makes this a $400 more expensive Solaris? We shall find out. 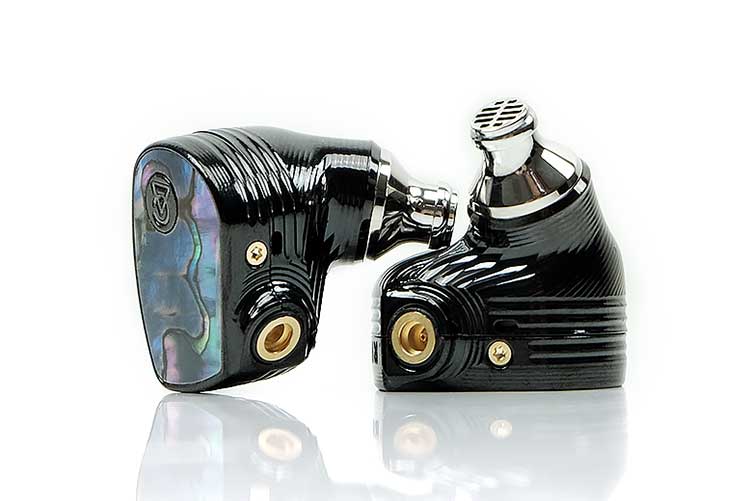 The Solaris is what I call the kitchen sink for Campfire Audio’s thinking over the last 3-4 years. It has everything they are known for crammed into one shell. That includes a hybrid driver configuration, T.E.A.C. tubeless chamber technology, their A.D.L.C dynamic driver as well as those long-life beryllium MMCX connectors.

You won’t hear about this or read it in the marketing material. It was only by speaking to CA directly did I find out that in actual fact, the Solaris SE has a new mids driver. This new driver is partially responsible for delivering a slightly different timbre and FR tuning to the Solaris SE mids which you can read more about in the initial sound impressions below.

The Solaris SE tweaks beyond the driver not only include the external plates but the chamber also. Combined with a new driver this is way more than just a cosmetic overhaul. The first big pitch is a new acoustic chamber design.

The Solaris built upon CA’s initial involvement with 3D printing and the Equinox indirectly by using a 3D designed acoustical chamber. This time, the Solaris SE uses a high-density ceramic finish to that acoustical chamber that they claim refines the Solaris tuning. Most notably staging and vocal performances have been further enhanced via a bit of reshaping of that chamber.

The second change is more on the outside but it brings a unique twist to every individual unit. Gone is the 24k Gold of the regular Solaris, replaced instead with a natural abalone inlaid lid.

Abalone is actually, a shellfish. However, they are known by their colorful “pearlescent” inside shell which is what is used here to finish off the distinct and unique looking faceplate. Each shell is different therefore each Solaris SE will look completely original. 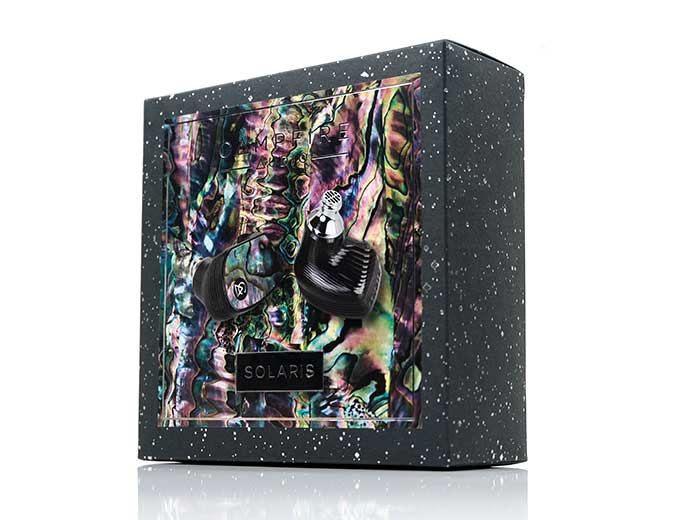 The packaging styling is more of the older ‘starry’ design meshed with a collage of abalone color schemes. The dimensions are more or less the same as the original Solaris container so it is a little bigger than the older minute boxes and there is a good reason for that with a large carry case inside.

The outer packaging has two layers. As paper wrap on the outside which peels off to an inner box that contains the Solaris SE drivers, cable and accessories. If you have seen the new Polaris 2 or IO then it is much the same in terms of unboxing mechanics and a little more elaborate than the boxes from the Vega/Andromeda era. 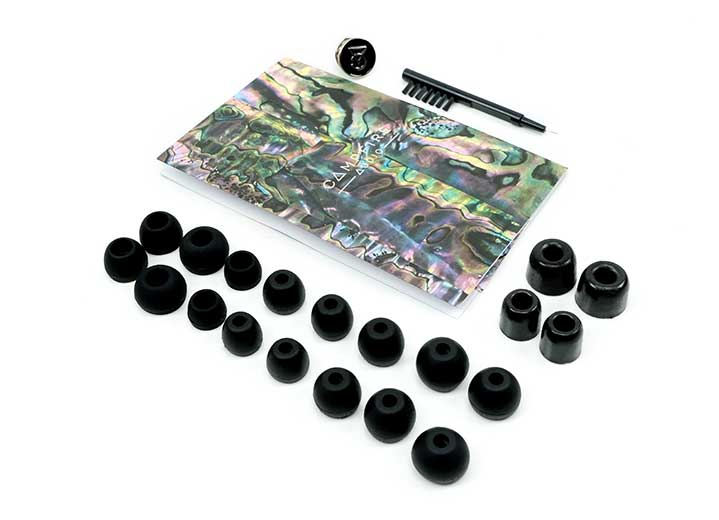 Inside you get a strong lineup of tips inside a few black nylon-mesh “Peter Griffin chin warmers”, the Solaris SuperLitz cable, a CA pendant, cleaning tool and an assortment of leaflets. For the past, while now CA has stuck with Final E tips over SpinFit and the lineup is the same as the original Solaris tip selection including:

As with the Solaris review, my preferences sat with the Marshmallow foam tips over the Final E whose bore has a tendency to close in my ear canal completely blocking out the audio. When they do not close they tend to let a bit more treble shine than the foam tips.

The single-bore house silicone tips are a big no for me. The seal is gone, the bass drops and all hopes of good dynamic range are lost. YMMV here but I am sticking with the same lineup of tips as with the original Solaris. 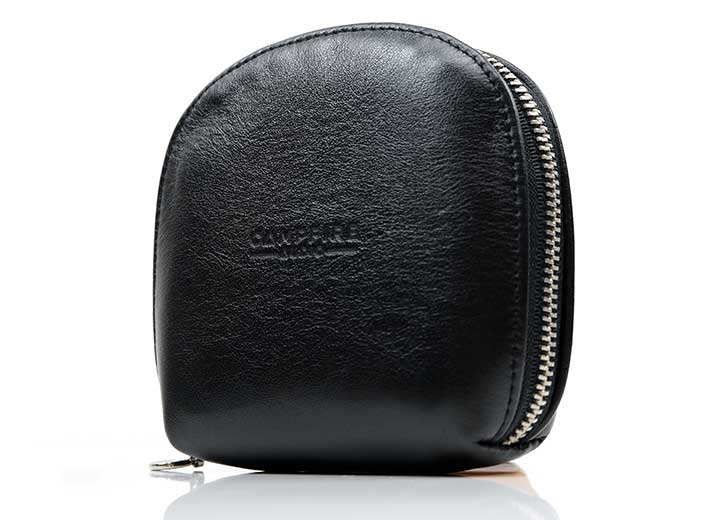 The styling of that big lush pimp-daddy fur lined zipper case has also changed though the form factor remains the same. This time the leather seems a little softer, perhaps even a higher grade of hide. Also, the color was switched to a worn black from the original dark tan.

I actually prefer it’s more vintage worn look over the smooth flat tone of the original case. There is tons of space inside it also to fit everything in with the fur doing a decent cushioning job for knocks and bumps. 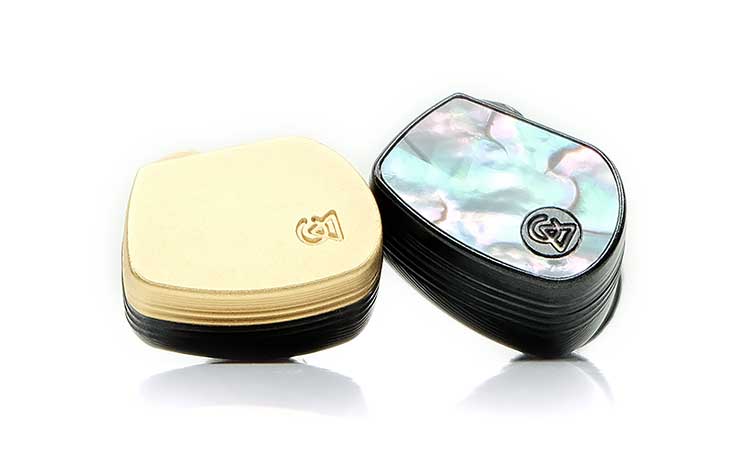 Out of the box and the contrast in the two faceplates of the Solaris and Solaris SE from above could not be more different. The Abalone faceplate is a dreamy aquatic overtone compared to the bright splash of gold on the original. I know a few who will prefer that abalone finish but I also know a few who will prefer the gold. Such is Asia at times, gold is an important element or aesthetic to many in that region.

I suspect the Abalone choice might sit well with the Western crowds and truth be told the black plate edging of the Solaris SE complements the main shell a lot better. In fact, you tend to notice just how nicely defined the shell is on the Solaris SE where on the original your eye is always drawn to the gold. 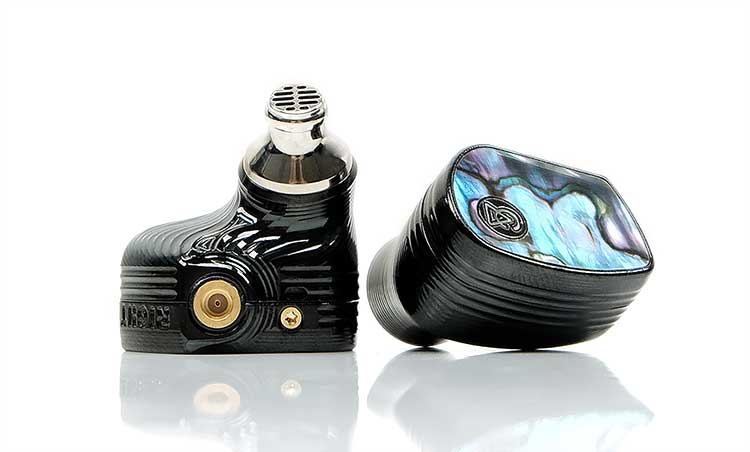 The logo on the front plate is also finished a little different as are some of the markings on the side of the main shell. The Logo is more distinct now and not quite as integrated as the original. I suspect it might be harder to work a carving directly into the shell without breaking it. Hence, the shell faceplate design seems to go around the black and silver logo components.

Pretty much everything else is unchanged including the use of the Atlas’s unique stainless-steel nozzle, the beryllium connectors, and the form factor/weight. 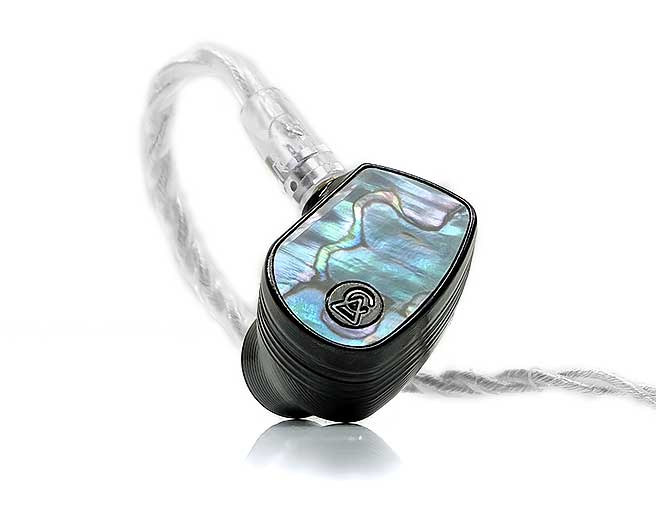 Campfire Audio has stuck with the original Solaris SuperLitz stock cable and to be fair, this is not a bad cable at all.

This is a multi-sized stranded SPC Litz wire jacketed in a very nice supple twisted PVC jacket. This is a great physical build actually and a step up on the aesthetics of the original Litz wire that was packaged with the Andromeda and Vega.

It comes in a 3.5mm single-ended jack termination with matching beryllium MMCX connectors and a stylish chrome Y-split barrel and rubber cinch. The physical noise levels or ‘microphonics’ is very low indeed, and whilst it does have the odd kink in it when unfolding it straightens out quickly and is very tangle resistant.

On its own, the cable sells for $199, so not a cheap cable. You can order an additional 4.4mm and 2.5mm versions for the same price on their website.

This is a thick nozzle and tip system which does create a bit of pressure to hold both drivers firmly in your ear. Very little driver shell touches your outer ear because of that steady grip in the canal.

The only real pressure points will come from the tip and its sizing relative to the nozzle and your ear canal.  There is only a small surface contact point at the base of the Pinna to provide stability to the Solaris when in your ear. The rest is done through the nozzle.

It does mean that the Solaris SE will stick out of your ear a lot more than the smaller designs of the Lyra, Dorado, et al. That does have some benefits with regard to the cable. The actual design directs the cable out and away from most of your ear so you will not feel the cable pressing on your ear apart from the point where the memory hooks crossover at the very edge.

Now I am told that I need to run these for about 100 hours to get the final presentation or optimal performance so what I am telling you now is fresh out of the box and things may change by the time we get to the full review.

The first thing I noticed right away is the slight change in harmonic balance and in a good way also. I am going to presume the new mids-driver is a partial factor in this change. The timbre on the Solaris SE is a little smoother and wetter, particularly on the upper mids and treble compared to the original. This comes without a loss in extension and airiness also.

I was using The Chainsmokers “Hope” track as one of my reference songs to check the differences and around the 2nd minute when instrumental layering drops and you just get a layered lead female vocal you can hear that tuning tweak.

On the Solaris, this vocal passage sounds a little ‘steelier’ in tone but with more separation on the layers. The Solaris SE blends the layers a bit more and produces a bit more warmth and liquidity on the vocal timbre. You could say it generates a slightly softer hit on the percussion but without diminishing its presence. I get a feeling the Solaris SE is going to be a little more matchable as a result of that timbral tweak.

The Solaris SE mids driver generally sounds a little more even in positioning and presence than the original Solaris driver. I would define it as a more natural sound than the more excitable clean timbre of the Solaris original.

I will reserve detailed comments on the bass performance for now as my older Solaris has 100’s of hours clocked up compared to just a few on the Solaris SE.

At this stage there is not a huge FR difference nor should there be really as both use the same dynamic driver. They both have a nice sub-bass bias with perhaps the SE holding onto a smidgen more warmth into the mid-bass and not quite as much lower-mids scoop. After 100 plus hours, what I am looking for really is to see if the bass tightens up even more, perhaps even more separation and layering. We shall see how much that changes for the main review. 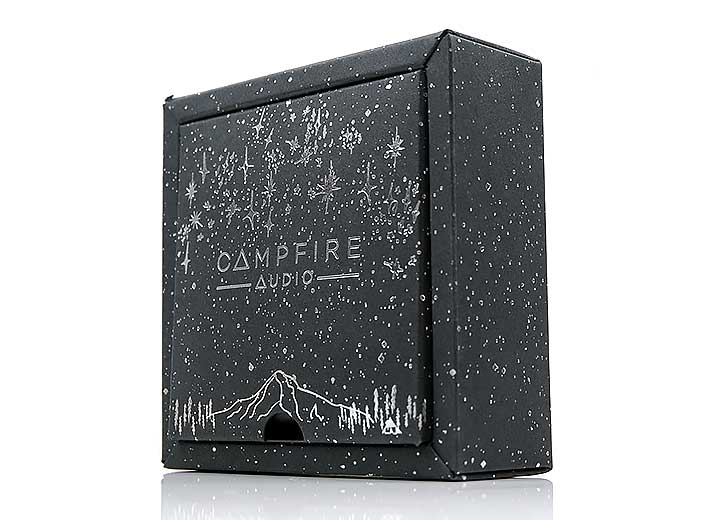 Early days on the Solaris SE but already I can tell that the tuning has moved more towards a slightly more relaxed and coherent mids and treble performance.

Some might miss the wow and excitement of the cleaner energetic original Solaris but for me, the Solaris SE does sound a bit more mature, a bit more refined and possibly the better longer listening session bet.

The Solaris SE design is very different in real life to the gold of the original. The Abalone colorization is more subdued but far more intricate and very unique. In fact, 100% unique to me. Yours will be slightly different, as will the other 748 available.

I do need to throw another 90 hours before I can comment a bit more on how the Solaris Se presentation finally sounds so stay tuned for a full review in due course.