The AV3 is rated at 50Ω and 120dB sensitivity. The larger CI driver does up the resistance and power needs a little but you should find no serious issues at all driving the AV3 from smartphones and DAPs. It is marginally easier to drive than the Minerva Mi-Artist Pro which is rated at 75Ω and 122dB but does require more juice than the FIBAE 3 from Custom art which comes in at just 7.3Ω and 100dB.

Unfortunately, the 120dB sensitivity rating of the AV3 does mean that it is more susceptible to picking up on high noise floors and background hiss. Some sources will display hiss also such as the FiiO X5iii, which has a faint level of hiss on its amp as well as the Shozy Alien series.

Better and quieter sources though are easy to acquire for the AV3. DAPs such as the FiiO M7, pretty much most of AK’s sources, the Onkyo Granbeat and the iBasso DX150 (Amp 6) were just some of the sources we tested that delivered a nice black background with the AV3.

I would not recommend pairing the AV3 with most analog old-school portable amps that are known for hiss such as the ALO Audio V5. Even in low gain hiss is immediate and distracting. Normally quieter portable amps such as their Rx and RHA’s Dacamp L1 had some noise with the AV3. In the case of the Oppo HA-2SE, you can get an audible signal from your source when the volume is at zero.

You are in luck though if you are using a Chord Mojo because the noise floor was excellent. Bear in mind, the gain is not the issue here, the Mojo and the Rx volume control was just fine with the AV3 but you do need to be aware of the ‘nose for noise’ on the AV3.

Personally, I felt the bass was a little too loose and soft on my smartphone (LG G6) though it did perform much better with the upper mids and treble and still sounded fairly smooth and very forgiving.

A little more power will work that low-end big driver a lot better in terms of impact and tighten it up with better dynamics essential for faster-paced EDM/Trance and my own favorite retro synth wave genres. DAPs such as the iBasso DX150 will deliver more physicality and heft from the AV3 bass performance though the mids and treble felt a little too sweet and rounded for my tastes using the AMP 6 card.

You really do not want to overly soften the liquid sound of the AV3. A neutral or clean sounding DAP is a better choice for me to retain mids and treble clarity. FiiO’s X7 Mark II with the AM3a or the DX200 with the AMP1 card hit the mark for me with the X7 Mark II adding a bit more sparkle and the DX200 sounding the most balanced. I also found the older AK 100 II to be quite a natural match. This is also a largely neutral source but not quite as clean or detailed as the AK240’s super detailed performance.

The FIBAE 3 is also a triple driver custom monitor though priced a little higher than the AV3. CA’s designs are off the hook though and are among the most creative in the business. They do not do 3D printing but their choices and options are just a little more varied than Avara’s. My own personal FIBAE 3 fit and finish are a little more relaxed and it is a smaller CIEM than the AV3.

The FIBAE 3 is rated at a peculiar 7.3Ω and 100db but this is entirely in sync with the rest of the FIBAE product range and its big selling point is that high impedance output will not skew its low-z output. The AV3, rated at 50Ω will not have any low-Z skew either on DAPs like the R6 from HiBy Music and the Shanling M2s. The AV3’s 120dB though is more hiss sensitive on higher noise floors than the FIBAE 3. 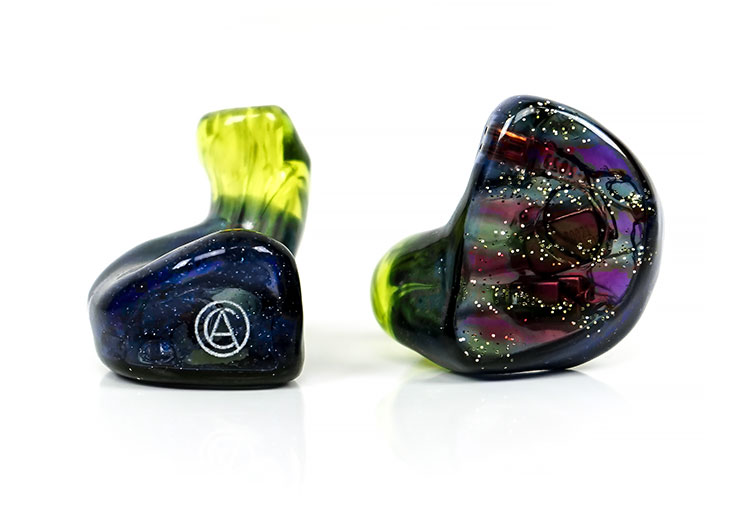 The FIBAE 3 is a little more balanced sounding for me with less weight and warmth on its mid-bass, a little more midrange clarity and an instrumental timbre that is a touch lighter and more neutral sounding.

The AV3 definitely hits harder with more low-end quantity and mid-bass impact. The FIBAE 3 instead dials that back and provide a little more lower midrange articulation and speed that really pairs well with metal, rock and thrash. Here, I prefer the FIBAE 3 over the AV3 for that additional perceptible clarity for lower midrange guitar notes. Note body is just a little lighter and articulation a little quicker as a result.

Overall both are very flexible presentations with a natural to warm sounding timbre. The slightly lighter and cleaner signature of the FIBAE 3 makes it more suitable for acoustics, indie rock, and harder-edged shredding metal work. It just has a bit more odd-harmonic emphasis and speed for delicate or speedy instrumental passages to shine. The AV3 does a lot better with R’n’B, hip-hop or anything that requires a slightly deeper low-end presence.

The Kaleido is a hybrid single dynamic driver and dual BA universal IEM priced just a little over $225. This may constitute a bit of a bargain and in hybrid terms, it is pitched firmly against the likes of the IT03 hybrid from iBasso. We will have a full review of this very shortly in case you are wondering.

The Kaleido is rated at 10Ω and 109dB and uses a 7mm PET diaphragm coated dynamic driver. It is tiny compared to the AV3, like 1/3 of the size though it may scale a bit more inside any custom version that Lear decides to roll out at a later stage. The AV3 is just easier of the two to drive by the way. For example, out of low gain on the X5iii both on volume 38 low gain, the Lear sounded way more muted needing about 10 more steps to get close. 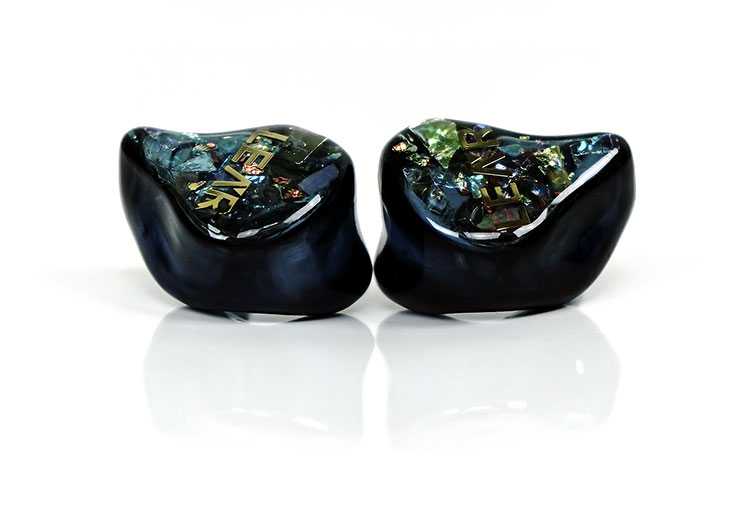 The Kaleido is warm sounding with a deep hitting low-end, a recessed and slightly smoothed over midrange and a rising treble performance with some energy around 5-7k with a slight roll off beyond. I would say it is darker sounding and more v-shaped compared to the AV3’s livelier more balanced natural tone.

The AV3’s mids are a lot more forward and open sounding with bags more detail than the Kaleido. Instrumental timbre is more natural sounding with better separation and more detail.  Vocals are front and center and richer sounding on the AV3 whereas the Kaleido dips them in favor of more low-end power and treble contrast.

The Kaleido DD will go lower and generate a little more sub-bass presence than the AV3 which opts instead for more mid-bass quantity. That being said I find them both on the polite side in terms of bass impact.

The Kaleido is more suitable for generic EDM, trance, and dubstep where there is less midrange emphasis. The AV3 is the better all-rounder for modern vocalists, pop, and synthwave.

This is a triple BA CIEM rated at a huge 75 ohms and 122dB. Sensitivity levels are good but you will find the AV3 just marginally the easier to drive of the two. What that means is the Mi-Artist Pro is a good deal quieter on higher noise floors and will scale well with quality amping. However, weaker sources will sound a bit lifeless compared to the AV3 which will handle them a little better.

It not entirely suited to low powered smartphone amps in terms of resolution and dynamics. In fact, the impedance factor here plays a role in sucking the Minerva of dynamics and sounding generally quite thin and tinny. The AV3 is a little looser on weaker sources but generally will retain a more dynamic sound on smartphones or low-powered sources. 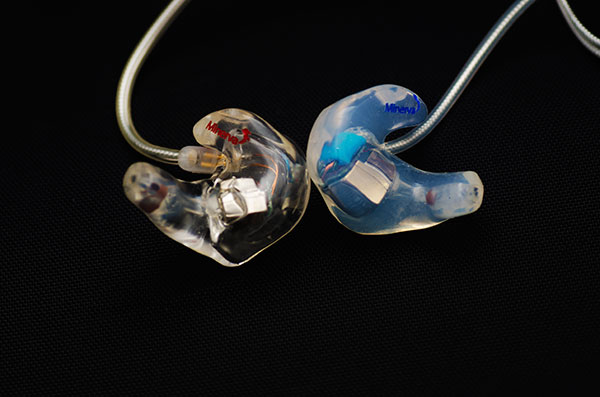 Like the AV3, the Mi-Artist Pro will not generate huge sub-bass power with a bias to a mid-bass emphasis and a little warmth creeping up into the instrumental timbre but not quite as rich sounding as the AV3.

The biggest difference between the two is the vocal and upper mids into the lower treble. The AV3 has a little more air in its final octave and generally sounds the more spacious and open of the two in its mids. Vocals on the AV3 are a little more liquid sounding and less prone to sibilance than the Mi-Artist Pro. The Pro vocals are just as forward but lack air and sound thinner by comparison.

Treble on the AV3 is livelier than the Minerva, particularly so on its lower treble which has a bit more energy and excitement. It is an important difference because the Mi-Artist Pro sounds just that bit duller for percussion with a little less contrast and snap in its signature.

I am not sure I would take the Mi-Artist Pro on anything compared to the AV3. Perhaps if I want to tone down the impact a little and go for something a bit more mellow like jazz or acoustics where that slightly flatter but natural sound will be just fine. On pretty much everything else I would go with the AV3’s livelier and more dynamic presentation. 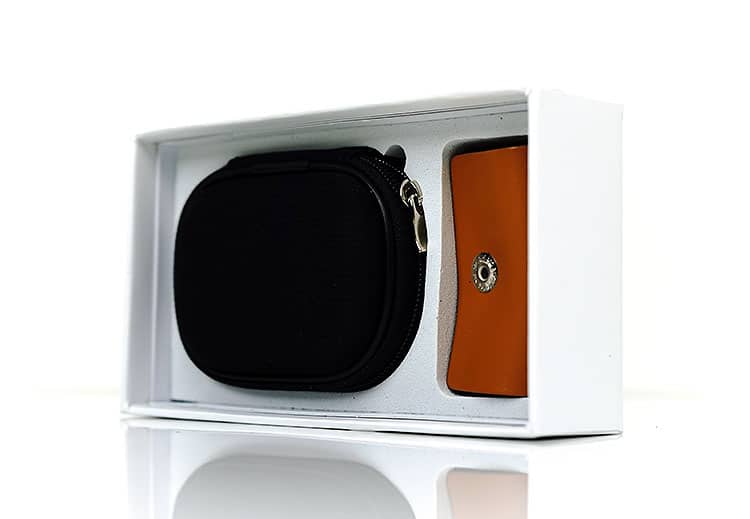 I honestly can’t think of a better performing triple BA custom monitor for the $320 price point. Let us be clear though on that statement.  There are some triple driver custom designs that do perform a bit better such as the FIBAE 3 from Custom Art but they are almost double the price so the opening ‘gambit’ is fair in my opinion. The value for money proposition is off the hook for me.

The AV3 is a very easy and enjoyable listening monitor for everyday use. It also demonstrates how far BA designs have come since the days of the UM3 and UM3x almost 10 years ago. That CI low-end driver is very potent and the -6dB leash put on it by Avara was a very wise decision. Instead of darkness and pure bloat you get quantity but a rich almost lush or liquid tone that even if slightly light on pure detail makes up for it by being immensely forgiving.

There is also enough on the custom builder side to create some nice designs and I am pleased to see more than just 2-3 basic shell colors despite using a 3D-printing process, something the bigger firms could watch and learn. Customer choice in the custom monitor business is a powerful tool indeed.

What is missing? Some options really depending on levels of affordability. A Pelican 1010 type case option, dehumidifier pillows and the options to upgrade to better cables because the AV3 is so much better with a good cable. I wouldn’t say change the core package as that price point is very important to the AV3 pitch. I can see why this is their best seller and it not just the price.