The FIBAE 2 is rated at 7.1 ohms and 113dB. The Ohm rating is relatively moot given the flat impedance technology but certainly matches the unusual specs on paper of the FIBAE 1. All things being equal the FIBAE 2 is a very easy IEM to drive even on weaker sources.

It is actually marginally easier to drive than the single BA FIBAE 1 (109dB). Across a number of sources, volume requirements on the FIBAE 2 were, in fact, lower than the FIBAE 1 settings. I was expecting it to be the other way round given the more powerful full range additional Knowles driver.

Does it show better dynamics and a generally tighter punchier sound on higher quality amps? Sure it does. I am not for a second saying you ignore your smartphone, it will sound pretty good. However, on a better quality amp such as the AM3a (FiiO) or the new HiBy Music R6, it will not sound quite as soft or rounded and generally a little cleaner and more detailed.

Like the FIBAE 1, the FIBAE 2 is sensitive to hiss on some sources and amps with higher noise floors. Background hiss will need to be checked on DAPs such as the FiiO X3iii and the X5iii as they had a tendency to show it with the FIBAE 2. The FiiO X7ii with AM3a was very quiet and well behaved though as was mid-fi DAPs such as the Colorfly C10 and the Shanling M2s.

Portable amping is not required unless you have a tonal pairing preference in mind. Mine would be for a neutral solid-state amp with plenty of energy such as the RHA L1 or the Mojo for excellent resolution. 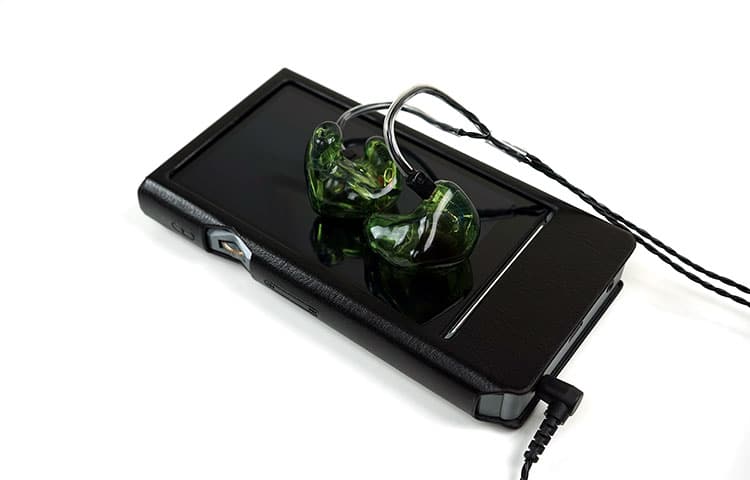 Once again we used the Shanling M2s as a guide to how the flat impedance technology performed with the FIBAE 2. The Shanling M2s, with its 4.8-ohms output impedance rating, always has an effect on my low impedance IEMs. Particularly the Andromeda but it is by no means consistent in how the sound changes from IEM to IEM.

The Andromeda gets brighter and more linear, the SE846 gets darker and the 99 Classics from Meze get a bit leaner. In short, this is a bit of a crapshoot if you are using the M2s because of the high output resistance.

Comparing the performances of the M2s and the newer M3s which has an output rating of a very low <0.3Ω I got the exact same results with the FIBAE 2 as I did with the FIBAE 1. It did not sound thinned out in the low end, nor did it get darker.

There are some volume and resolution differences due to the better DAC and amping setup of the M3s but this has nothing to do with the output resistance. Remember, this is a 7.8-ohm rated IEM. The Andromeda is rated at 12.8-ohms and is all over the place with the M2s. In all, the FIBAE 2 passed the impedance test just as well as the FIBAE 1.

The FIBAE 1 is a single balanced armature driver with the same flat impedance technology. It is rated at just 5.8 ohms but has a slightly lower level of efficiency coming in at 109dB compared to the FIBAE 2’s 113dB.

It is not a huge difference though, perhaps about 5-6 digital steps on most DAPs but it does say much about how well designed that Knowles CI driver is. Generally, I would have expected the F1 to be the most efficient but not so here. Amping and noise performance between the two is the same as is the impedance matching performance as you would expect. 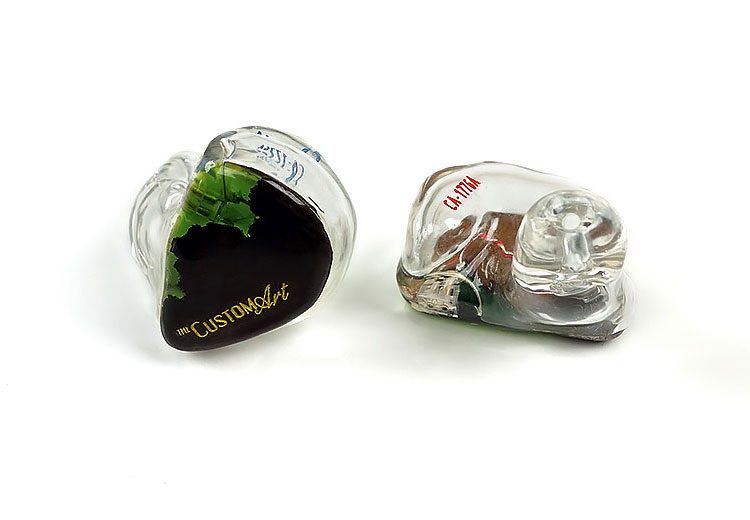 The FIBAE 1 is more neutral-sounding than the FIBAE 2 and takes a much more studied approach with a greater focus on mids and vocals. It is not as bright as the Sage, it is a lot more natural-sounding in that respect and perhaps a little more balanced.

The FIBAE 2 is much more low to mid-bass focused with a thicker note and fuller sounding lower mid-range. It generates a bit more power and warmth and delivers a deeper and taller staging quality.

It doesn’t quite have the same clarity for me as the FIBAE 1 on instrumental notes and vocals are slightly dipped in comparison. However, it is more musical and delivers much more conviction with rock, R’n’B, and anything really with a heavy beat focus.

The Sage is gen 3 for Noble with regard to their dual BA tuning. The first was their now discontinued Savant, followed by the Noble X and finally the current Sage. Though Noble does not release technical specs as openly as CA, the Sage is generally around the usual 30-ohm marker for their BA designs but it is much less efficient than the FIBAE 2 and requires a bit more juice to drive it. 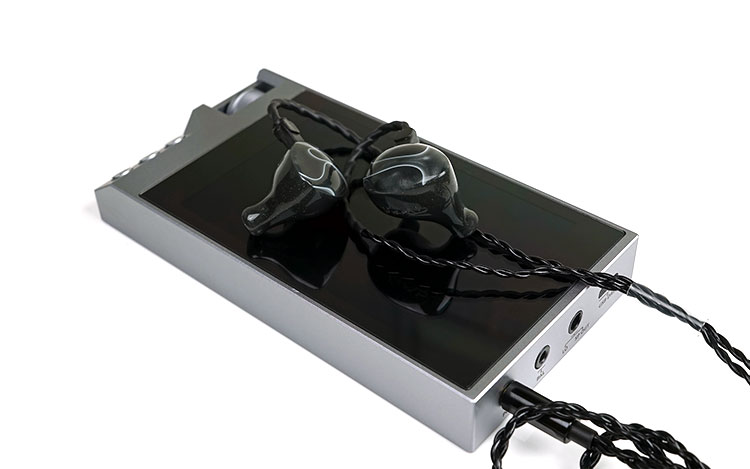 The Sage is almost the complete opposite of the FIBAE 2. The bass is lean and linear in comparison with more of mids to top end focus. Staging is not as holographic sounding as the FIBAE 2. The FIBAE 2 has some seriously excellent bass in comparison. If you had the Noble X dual-driver it is more in that direction only a bit more textured and resolving sounding.

The F2 delivers some excellent imaging for a dual BA and does sound more spacious. I can easily bat for the Sage in terms of upper mids and treble clarity, articulation and snap. It the forte of the Sage compared to the F2’s more laid back and slightly muted upper mids. I generally get a cleaner response more akin to the FIBAE 1 for vocals.

This is a triple BA CIEM rated at 75 ohms and 122dB so its efficiency levels are pretty good though not quite as dynamic sounding as the F2. The ohm rating though is almost the complete opposite of the F2.

What that means is the Mi is a good deal quieter on higher noise floors and will scale well with quality amping. However, weaker sources will sound a bit lifeless compared to the F2 which will sound a good deal more consistent.

It not entirely suited to low powered smartphone amps in terms of resolution and dynamics. In fact, the impedance factor here plays a huge role sucking the Minerva of dynamics and sounding generally quite thin and tinny. Despite its higher sensitivity rating, it is the FIBAE 2 that gets louder faster and generally reacts better to weaker sources. 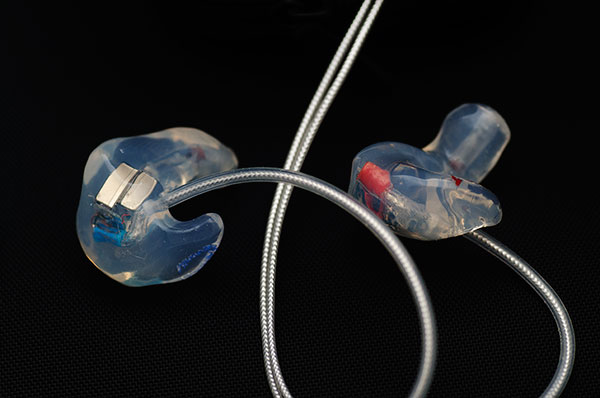 The Triple BA design is very old school compared to the modern vented variable size BA drivers CA use in the FIBAE 2. The Mi-Pro sounds clean, linear and mid-centric and perhaps more comparable to the pitch of the FIBAE 1.

It also sounds much leaner than the FIBAE 2 with less than comparable depth and bass impact. There is a drop off at both ends of the Mi-Pro’s response range so it doesn’t generate the same power and fullness of sound from its low end.

The Mi-Pro though has a bit more energy and focus on the mids and has a pretty good vocal presence that is front and center.  By comparison, the FIBAE 2 instrumental timbre is much richer almost euphoric in its presentation and a shade darker.

Lower treble on the Mi-Pro has a bit more energy and perceptible articulation than the smoother laid back FIBAE 2. The FIBAE 2 has a bit more kick though in the final octave so technically a little more headroom. The lower treble difference though fades away with a better Litz or SPC cable compared to the flaccid stock cable.

The FIBAE 2 simply works. Boxes are ticked in many areas. It is a musical sounding and fun dual BA IEM to begin with and probably one of the better musical tunings I have heard to date for 2 balanced armatures. It has decent power, excellent bass for a BA design and just enough vocal presence to avoid falling into a V-shaped trap.

The fact that it comes in a custom format is really a welcome bonus in terms of comfort and seal making it an almost complete package for listening to modern pop and rock without ever feeling like your breaking the bank in doing so.

What is missing? A really good cable that can get the most out of the FIBAE 2. Silver Litz and SPC worked wonders for me. The stock leaves it all a touch veiled in the upper mids but with a better cable the whole 3-7k range performed with much more clarity and energy. With something like the Thor II from Effect Audio, the FIBAE 2 was a stellar performer.