The Unique Melody Mentor V3+ flagship sees the original V3 from 2017 upgraded, retuned and enhanced with a new carbon fiber shell design. The retail price is $2599.

Disclaimer: The Unique Melody Mentor V3+ was sent to us as a loan sample in exchange for our honest opinion. It will be returned after the main review. We thank Unique Melody for this opportunity.

So, this is the second major release from Unique Melody this month and their penultimate monitor in their lineup, second only to the Mason V3+. The Mentor V3 was launched roughly around the same time as the Mason V3 and with the + version the specific upgrades outside of the tuning are relatively similar. This one is the universal version.

Now, I have not had the experience of listening to the Mentor V3 when it first came out so I am coming to the ‘Mentor heritage” as a bit of a freshman. That means, unlike the Mason V3+ I cannot tell you if the new tuning applied or physical tweaks are an upgrade on the previous V3 model.

What I do know from the feedback was that the Mentor V3 was a bit more of a fun signature with a lot more bass/treble contrast and slightly less reference-orientated than the Mason V3. It will be interesting then to see if the new version stays faithful to that signature.

Inside, the Mentor V3+ is a 12 balanced armature driver monitor with a configuration of 4 for the lows, 2 for the lower-mids, 2 for the upper-mids and four for the highs.  All of this is laced together with a 4-way crossover system. I am presuming it also uses a Penta bore style tubing system with four for the driver groupings and 1 bore for the DB-GO bass module.

A lot of what makes the Mason V3+ unique is here in the Mentor V3+ also. That means an improved and more accurate control of the bass performance via the DB-GO module, a titanium-gold tubing system resistant to corrosion and that upgraded silver alloy internal wiring.

On the outside, you also get the new stronger carbon fiber shell on the universal version. Since it is the universal format I can now see the sizing difference Unique Melody mentioned as a direct benefit of the new materials. The Mentor V3+ has a pretty small form factor for a 12-driver IEM. 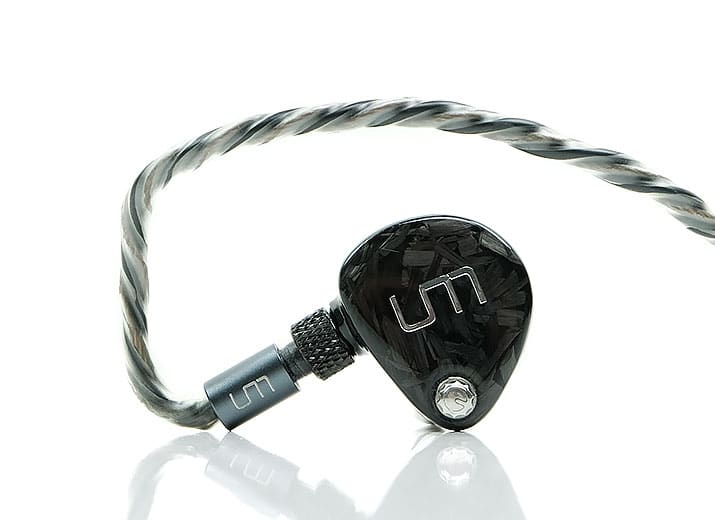 You can also buy the Mentor V3+ with the same premium Phanes aftermarket custom-designed cable for an upgrade fee. The new upgrade cable was made specifically for the V3+ by Effect Audio of Singapore.

The Phanes is a 1.2m 8-core UPOCC Silver Plated Palladium+ Gold Palladium Alloy combination and I presume a 26AWG wire in their UltraFlexi jacket. As before, I am hoping to get one in the coming weeks before the main review to test just how good of an upgrade it will be. Fingers crossed.

The stock cable I am told is the same as the Mason V3+ but visually it looks a bit different.  Like the Mason V3+ dual-tone build, the Mentor V3+ dual-tone cable is a bigger cable than the original Dual Tone that came with the V3. The original cable was 4-core and this one is 8-core though they do not mention exactly what gauge it is. I am presuming 26AWG.

The two-tone wire material of the stock cable seems unchanged from before. I will confirm for the main review but presuming that means 6N 4-core single crystal copper and the other is 6N 4-core silver, (combined for 8-core).

UM has retained that very unique feature of being able to swap around the 4-pin connectors from left to right and vice versa to activate either the copper 2-pin side or the silver 2-pin side. Hence, two unique flavors of sound inside one wire. The way to change those connectors looks much easier also and is the same upgrade as you will find on the Mason V3+ stock cable.

Previously, it was an obscure ridge system on the top of a plastic right-angle connector that you really only could detect via physical touch. Now the connector barrels are a stronger metal alloy to match the splitter and jack barrels. They also use a much more legible labeling system on the left and right for faster swapping.

The unboxing experience with the Mentor V3+ is incredibly similar to the Mason V3+. That means you get the exact same box, packaging, and accessories with the outer sleeve color being the only qualitative difference. And yes, at this price point I am hoping for a little more also. It is good, but not awesome compared to some of the competition. 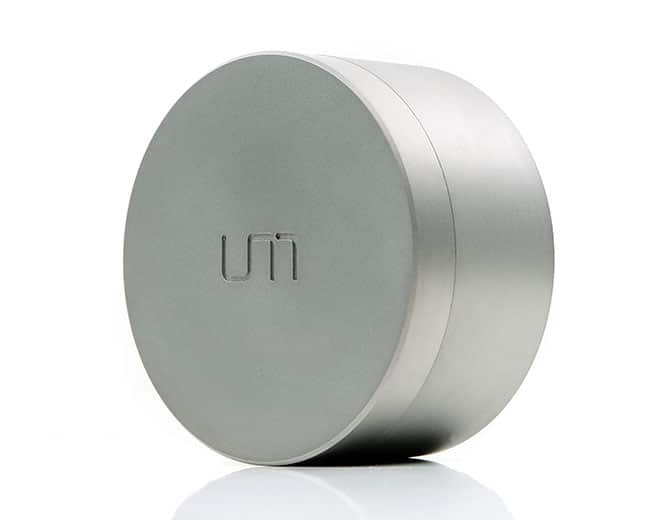 The hard screw lid case looks like the same one as the previous Mentor V3 and is also the one included in the Mason V3 in 2017. It has more of a matte finish than the fingerprint magnet chrome finish of the new Mason V3+ version. I actually prefer this one a little despite its more muted aesthetic. You get less fingerprinting and pretty much the same quiet high-quality titanium carrying case.

You also receive a variety of tips with the universal version including s/m/l in single bore silicone and s/m/l TSX-500 Comply foam tips. I would love to have seen a few Final E, SpinFit or biflange thrown in there just to widen the variety a little. 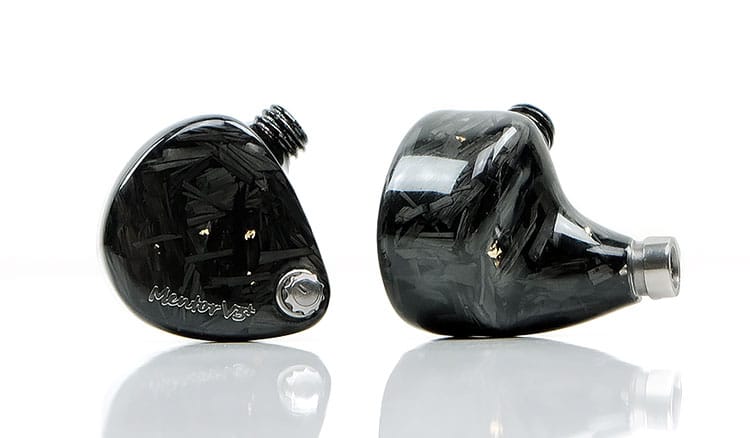 Since this is in a universal format the Mentor V3+ has some obvious difference to the custom version. As mentioned earlier, the Mentor V3+ is quite a bit smaller than I imagined a 12-driver universal might be. Looking at some online pic of the older Mentor V3 the new V3+ does seem a bit tidier and more compact.

Like the Mason V3+, the visual is much the same for the carbon fiber finish. The shell is a dark smoky translucent black with tons of fibrous materials creating that collage type effect of black and light grey strokes. UM has also infused a very light spattering of gold flecks in the Mentor V3+ design as opposed to the Mason V3+ which has silver fleck. It is literally the only way to tell them apart if you place them side by side and both are universal.

The DB-GO module is the same new sturdy design with a new bigger screw with a better grip than the previous version. It is much easier to use than the older thin screw on the Mason V3 from 2017. I will presume the same applies to the older Mentor V3 DB-GO module.

The 4-pin connector on the new V3+ does not seem to have moved that much from where it was on the older Mentor V3. That being said the new design seems to have pushed it a shade higher and closer to the front. I can’t be too sure unless I saw them side by side to confirm that.

Sadly, you will not get the same unbelievable level of passive isolation as the custom Mason V3+ or I presume a custom Mentor V3+. However, the small form factor has a custom universal contouring so it is very comfortable and light in the ear.

The positioning of the connectors slightly to the front also means the cable nicely clears your ear without any pressure on them, unlike the older right-angle plastic cable connector which digs in a bit.

The tip performance is quite stark for me. The foams do a pretty good job, maybe about 60-70% of the custom isolation level and above average for universal form factors. The nozzle is reasonably long on the Mentor V3+ so the tips go in quite deep. Combined that with the large THX-500 Comply tip I was able to block out most of the lower-level aircon hum from about 1m away from me.

The silicone tips are more porous and do shape the sound much more to the bright side for me and you also lose a bit of bass response. Personally, I will stick with the foams on the initial impressions. 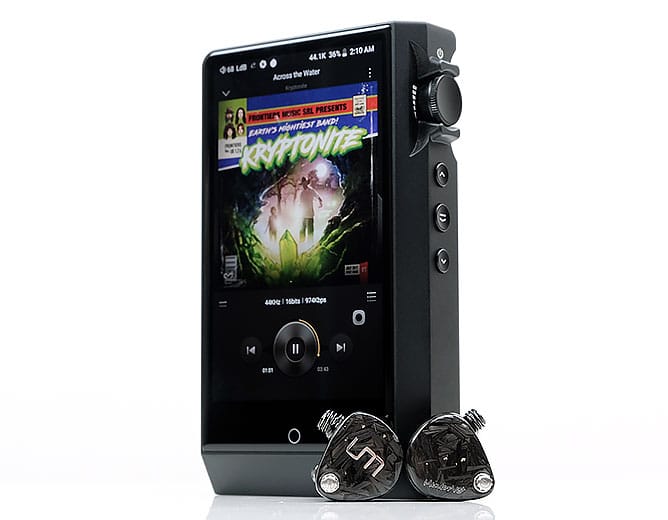 (Initial listening impressions were done with a Lotoo PAW Gold Touch and Cayin N6ii as sources.)

The Mentor V3+ is quite the contrasting presentation to the Mason V3+ and honestly, you should not have any issues deciding which one suits your preferences best. Out of the box, the Mentor V3+ is a lively affair with a slight v-shaped tuning favoring snappy lows and sparkling highs over the mids but not hugely so. There is a bit of mids lift for vocals. The Mason V3+ is thicker, more planted sounding with more body and less treble energy.

The tips will have a huge influence here. The Comply tips will tone down the high-end energy and inject a bit of body and wetness into the Mentor V3+ timbre. The silicone tips will thin it out, bring in a lot more treble energy and tip the balance more in that direction.

My personal preference is a little on the foam side or the silicone tips with the Cayin N6ii/A01 combo. It can get hot up there with the Mentor V3+/LPGT and silicone tip combo. Some might like that but me, I prefer the thicker richer sound the foams offer. You still get nice energy from the upper mids and treble but it is not so aggressive. Slipping into silver cable mode with the foams is spot on for me. The clarity is excellent.

These sound great with electronica by the way. There is a nice edge to the harmonic balance with a snappy and lively tone for high-pitched synthetic notes. Staging also sounds pretty tall and reasonably deep though the width is just ok for me. I like how the low-end performs on the Mentor V3+, especially with the foam tips. This is a fun tuning but also very articulate and quite detailed. 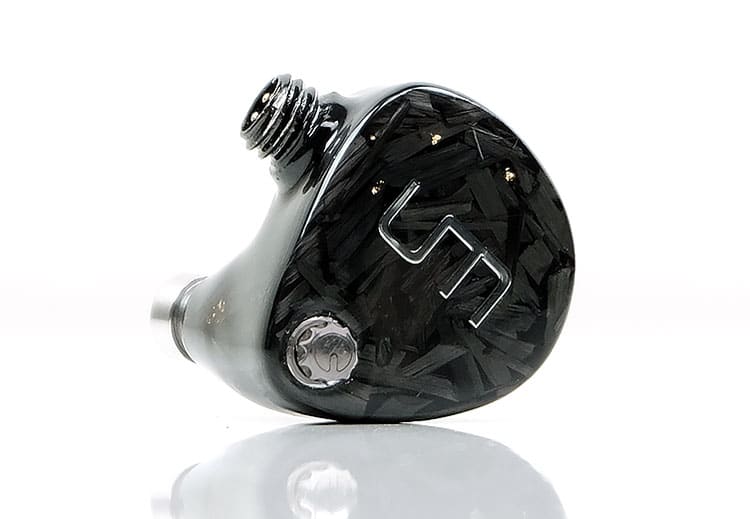 From my initial impressions, the tuning of the Mentor V3+ is quite removed from the Mason V3+. I can’t see how anyone would ponder on which one to choose.

The Mason V3 is more tapered on the top-end, smoother, fuller sounding and to die for in terms of isolation in its custom version. The Mentor V3+ is visceral, fun, deep and tall with energy to burn but it is quite tip-dependent in its universal format. My vote is with foams, the silicones are too bright for me but YMMV.

I think I will pull in some Symbios hybrid, SpinFits, and a few other variants just to see how things change in the main review. I wasn’t expecting to like the Mentor V3+ as much as the Mason V3+ but I may be wrong after this initial listen. Nothing wrong with a bit of fun so stay tuned for our main review out soon!