So, there are some IEMs out there that offer a good sound stage and then there is this R2A.  When I swap out my JH16 customs for the R2A, I feel like I can breathe and experience the music without physical constraint.  As far as stereo image size goes, I’ve not come across IEMs like this outside of the IE800 from Sennheiser (which has a setup similar to the R2Pro in my opinion).   Sound stage is a tricky thing to get right in an IEM and I cannot see one person on this Earth stating the Flare Audio IEMs don’t have impressive sound staging qualities. There are lots of elements to consider: height, width, the feeling of space and air between instruments, depth of field and how well formed and shapely the presentation is setup.  I can safely say the R2A will impress everyone and I’ve found it plentiful and of equal parts width and height, good depth of field and a strong sense of airiness to the entire sonic void.  The Pro version offers a very different presentation, but more on this later.

There is a great effortless appeal that these IEMs give off, something akin to what most would consider a fatigue free experience in the mids and treble.  I consider this presentation extremely soothing and unlike most IEMs in general that offer a high solidity factor that tend to go overboard with slam factor.  Such is not the case with the R2A; it is both highly engaging and vividly smooth at the same time.  How can that be?  Well, the impact levels through the mids and up into the treble are forward and lush, lacking a harsh impact but are also nowhere near what I would consider overly relaxed.  Impact levels are gorgeous and reflect much higher audio price tiers and flagships and how they tend to sound.  Heard the Koss ESP950 Electrostatic?  Well, these IEMs sound similar in effortlessness factor.

The naturalness of the midrange and treble is quite special, but this model offers a very plentiful amount of deep reaching bass.  One would think this IEM would sound lopsided due to the potent bass quantity, but that isn’t the case. The quantity of mids and treble are also more than plentiful.  There is enough to insure that the presentation feels smooth and well formed.  With that in mind, the bass is potent, deep and very pure sounding.  By comparison, it feels similar to my Fostex TH600 in texture and quantity and makes my Sony Z7 full size headphone sound horribly muddy.  IEMs generally don’t have a broad sense of bass while at the same time offering a pure texture.  Normally, it would be broad and slow, or thick sounding instead of broad and pristine in texture.  These IEMs are unique in that respect.  The bass quantity is both plentiful and clear enough to best some mid-tier full size headphones.  This R2A reaches deep enough in a smooth enough fashion for me to eyeball my TH600 and my Z7 full size headphones and cringe.  If you like Bass and sound stage, you really need to hear this R2A ASAP. 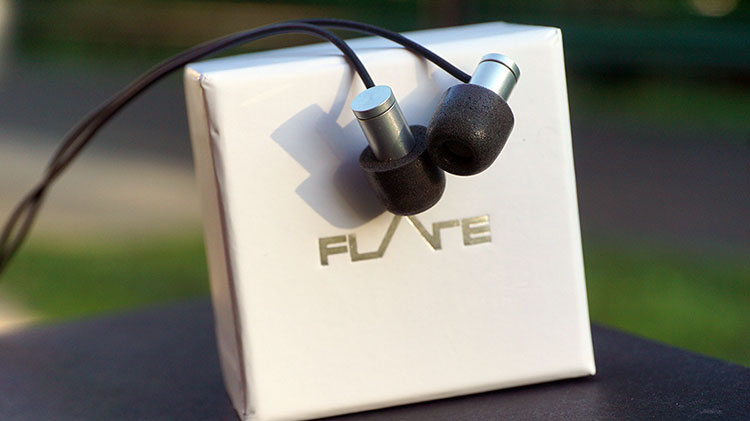 I do find this model to house a slightly warm tilt to the bass experience, but it is not overly colored at all.  If you are into the texture of Audeze bass, you’ll enjoy this IEM.  If you want a clinical appeal similar to the HD800 from Sennheiser, the R2Pro might be worth looking into.  Both the Pro and R2A models offer the same physicality and substance factor, which is something of a natural texturing and void of a hyper monitor flavor.   Those who don’t care about how the mids or treble texture sounds, but who want some damned yummy and tasty bass are going to love the R2A.  So, I would consider the low end gently colored and exaggerated in quantity, with a natural mid and treble presentation that is absolutely titanic in spaciousness.

There are striking differences between the R2A to the IE800, sadly Sennheiser’s $799us flagship IEM just doesn’t compare much.  The biggest difference you might instantly notice is the vast superiority of bass purity the R2A pushes over the IE800: one of them sounds unclean and bloated, the other sounds pure and extremely firm, deep reaching and expansive.  Sennheiser’s IE800 sounds wrong and unnatural in every sense of the word.  I’d previously thought it sounded good, but it seems I was very incorrect.  My reference point for what is actually natural sound and “good” is now set by this R2A from Flare when it comes to IEMs.  To date, I’ve not heard any other IEM that sounds this nice that wasn’t a custom monitor.  Truthfully, this R2A’s bass quality is superior to my JH16 custom.

The midrange is lively and forward, extremely natural and shockingly vivid in realism.  When I swap back and forth between this IEM and the full size Sony Z7, which again the Z7 has a more well-formed stage than the TH600, the R2A here once again makes the Z7 sound like it is busted or has taken water damage.  The solidity factor on this IEM is off the charts good and rivals a lot of my custom IEMs like the UM Merlin and the JH16.  That poor IE800 just falls so flat, I feel bad for my buddy who loaned it to me and paid full price for it.  Ouch.  Formation of vocals is really hard to find in IEMs in my experience, normally I would look to full size Planar’s for this type of thing.  In this case, I shrug and just go with it.  The likes of Sinatra to Whiz Khalifa, Winehouse to Buble’…doesn’t really matter here as the sheer size of the stage only accentuated the vocal experience.  This headphone makes my TH600, Z7 and IE800 all sound positively sibilant and warped.  There is no natural appeal to those headphones and again previously my thoughts of the TH600 was that the tonality of the midrange was pretty natural sounding, albeit recessed.  By comparison, the TH600 is less natural in the mid tonality.  I am legitimately shocked by the natural clarity of the midrange and vocals in general of the R2A.  Both IEMs are genre masters, but very spacious and plentiful IEMs like this generally are well rounded. 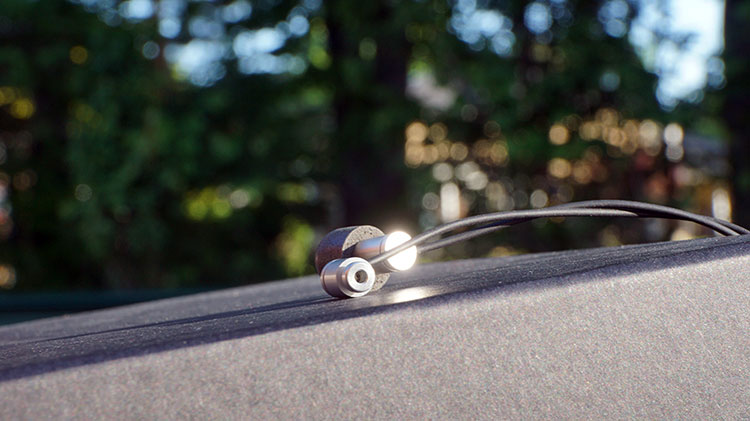 If there is a weak point, it is the treble and upper end in general.  I find it to be just a bit relaxed, perhaps too much by contrast to the exceptional bass and midrange quantity.  In this giant void of stereo imaging, the R2A seems tuned to be relatively flat in treble quantity, but plenty clean.  Again, a sibilant tendency just doesn’t exist here and it is well into the world of what I would call reserved in quantity by comparison to the plentiful bass and forward mids.  The treble is plenty responsive to EQ as well and able to sound bright when physically inclined on digital source equalizers, but also normalized and a little flat for a number of other recordings on neutral presets.  With regard to literal midrange clarity, again we are talking upper midrange and lower Summit level custom IEM quality.  Yes, the R2A is just about on par with the literal clarity and fidelity of my JH16, surpassing my Merlin audibly.  I would call the treble experience of this model a clinical/natural hybrid in tone and presentation.  This is really odd, but considering the amount of bass and midrange offered, I would expect the treble to be tuned like this to insure there is no fatigue ala’ Hifiman HE-6 or HD800.  Don’t forget though, the aim of these IEMs was to be non-fatiguing…it pretty much says it in the title description that these are not treble emphasized nor bright and snappy.