The Thinksound On2 headphone is a revision to the popular original On which we rated highly. What do we think about the new version? Read on!

Disclaimer: The Thinksound On2 sent to us is a sample in exchange for our honest opinion. We thank the team at Thinksound for giving us this opportunity.

You can read up on our previous Thinksound reviews on Headfonics here.

Thinksound On2
Either way, the On2 is a win for those who just want to enjoy the music and not get caught up in things like accuracy. The headphone could have used a bump in imaging prowess to really set it apart from the rest of the crowd, though.
Slide here to add your score on the gear!31 Votes
8
8
Reader's Score
$199
Thinksound Audio

Woodies are a beautiful thing, I think we can all accept that as an Audiophile Law. Thinksound has replaced the original On1 on-ear model with a newer, updated version called the On2.

Can this beautiful woody compare to the likes of the rest of the very plentiful volume of best buy products of 2016?

Objectively speaking, the On2 is well into the good range in build quality. For $199, it feels more solid than my $999 Audio Technica ESW11LTD and ESW10JPN, which feel a bit wonky and toy-like by comparison to the On2.

I suspect that is because of the cut of wood Thinksound used, there is a clear superior density factor difference between this On2 and other portable on-ear woodies that I have reviewed, substantially better headband solidity as well in comparison to the other models from ATH that I’ve just mentioned. Summed up, the build quality on the On2 itself is good.

The On2 cable is housed in a kevlar, reinforced material fabric casing. I very much prefer these types of cables, they are less prone to being squeezed or chopped in half if you snag the cable on a doorknob or something silly as we all tend to now and then.

Fabric cables are always a good sign, especially so in a $199 model headphone that is also offering a nice, thick cut of wood for the earcups. Unlike the ATH models that cost upwards of 5x the price, that also offer the worst and thinnest cables imaginable, Thinksound has made sure to include a very strong, very nice looking cable for On2 owners. 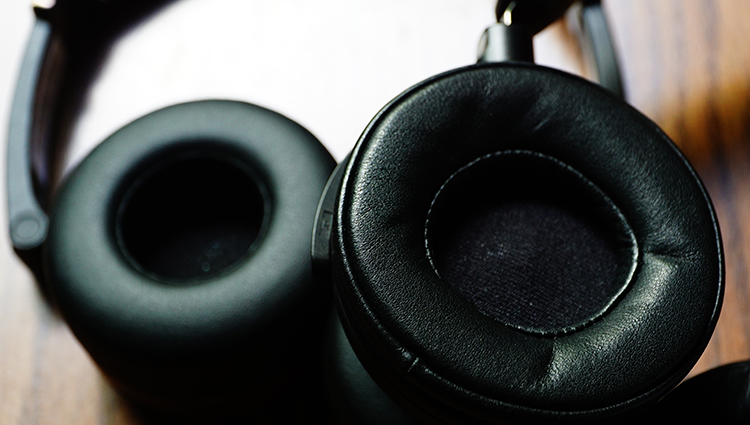 There are no ifs or buts here, the On2 is clearly warm and vividly musical. Bass quality is good for the price and noticeably cleaner than my ES-10 (not the ESW10JPN) from ATH, which was my pick for best overall mid-tier closed-back on-ear for bass needs.

The quantity game is still in favor of the ES-10, but I think on an objective basis this On2 is more clean sounding down below. For a $199 on-ear, I simply do not have anything in my collection that sounds as nice in terms of quality outside of the Fiil Wireless, which sells for $299.

As for quantity, the On2 reaches deep enough to satisfy me, but will not make any bass enthusiast giddy with glee. I consider the level of bass achievable to be a moderate level and nothing more.

Plentiful, but not overabundant or lacking. It is just where it should be to satisfy those who may want to EQ up or down the bass quantity in the source player being used. As per the abundant warmth and clear thickness in tonality, the On2 seems like something that will clearly please everyone who wants to relax and have fun with their music collection.

Purists looking for accuracy are clearly not the intended audience here for the On2. There are other options out there that will satisfy those who want clinical, surgical accuracy to the track. The bass experience of this On2 is of a moderate quantity, but also with a heft to it, that feels more than satisfying at all times.

It is also what I would consider a slower bass experience, something lacking a fast decay as found in the more clinical sets out there. The term I use for that is lumbering, but this is highly desirable to musicality chasers such as myself. 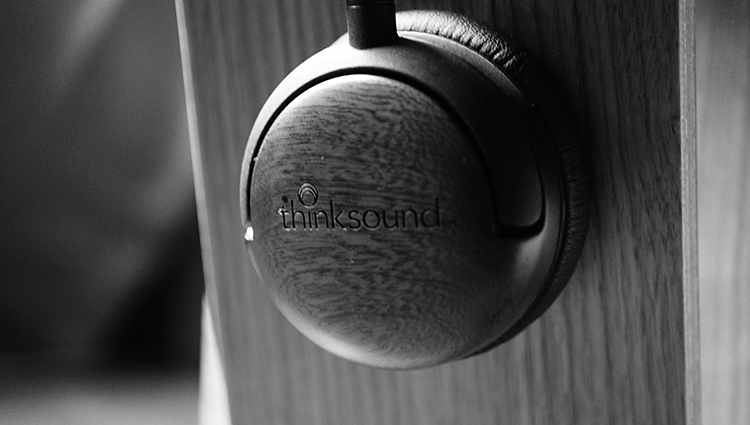 Well, the On2 is into the realm of being forward. Also, the vocal experience seems obviously tailored for high musicality and not a clinical or accurate experience. As with the lower end, it seems the entire mid-band is also intended to be colored.

I wouldn’t take that as a negative quality unless you are a die-hard purist. Plenty of the higher-end models have this type of midrange, the Audeze Since series being the most popular headphones I can think of that share a similar setup and tonality with regard to the midrange of this On2.

If you like that sort of experience and if you have heard the Sine before, odds are good you’ll enjoy this On2 quite a lot.

On an even more positive note, the On2 does not showcase any nasalness or bleed from the midrange into the upper midrange. Typically, headphones in this price tier and of an on-ear styling will have some funky vocal problems now and then, depending on the frequencies nearer to the treble end.

Thankfully, this is not an issue with the On2. It is an issue with my much more expensive ESW10JPN from Audio Technica though, which is something that bothers me a lot considering the absurd price difference between these two models. Either way, if you are into a forward, thick midrange sound, you’ll really enjoy this set. 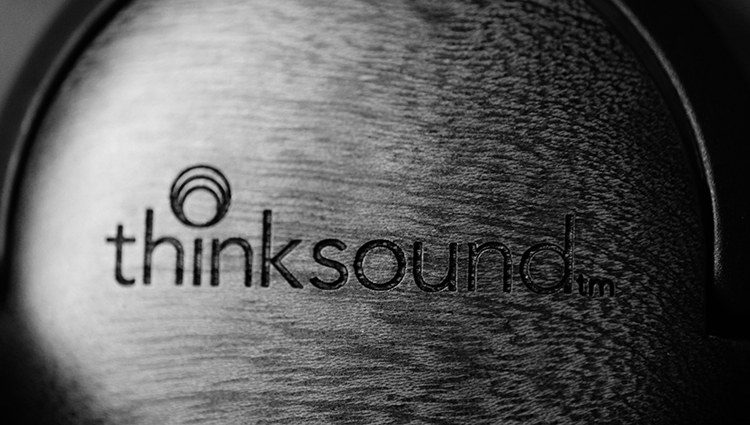 Don’t expect wonders from the On2, this is no AKG K267 Tiesto. Thinksound is more known for a slightly reserved, but non-recessed treble experience, and this On2 is no different.

Clarity seems more than acceptable for this price, but I feel that it objectively lacks that sparkle that most users may want. I think it is just a bit underwhelming in quantity and I do find myself EQ-ing up just a bit now and then.

It isn’t at all a problem, but I do think it is worth mentioning for those treble heads out there who may desire something with more punch, kick, or substance factor. This isn’t the headphone for you. Instead, the On2 is obviously set up for maximum relaxation when it comes to the upper end. Expect hours of usage without much fatigue or stress on your ear.

Not for a moment do I think the treble is an issue on th On2, I only wish I could squeeze more out of it with proper equalization. Sadly, the On2 doesn’t respond as well as I had hoped to customization. I am able to tack on a +3dB up top before I feel or hear a difference. Some headphones are very responsive to small, incremental boosts, some aren’t.

Dynamics in the On2’s upper end are all laid back, meaning the set doesn’t slam or kick hard up top. You should be more than fine with lower-quality tune files and harsher recordings.

I’ve been enjoying the older recordings of Django Reinhardt, a guitar player from the late 1930s and the early ’40s, quite a lot recently on this On2. I enjoy the lack of bite and wince factor, especially so with twangy upper E string plucks and violin solos as common in the genre that I know to be problematic on other sets.

Ah, the weak link on the On2. Average staging at best, but then again I’ve only really come across one set of on-ear headphones with excellent imaging, so I cannot fault this On2 for anything here.

What it does have is more than fine for this price and you shouldn’t find it lacking, so long as you understand that most other on-ear models will never compare to full sizes for the most part.

Height, width, and depth of field seem of an equal quantity, but I do not at all consider it something to highlight. It is an on-ear so expect the typical closed-in experience as customary with this type of headphone design.

The separation of instruments is the best quality in On2’s imaging department, which is noticeable airier than my AKG K67. The newly released Fiil Diva on-ear model, which sells for the same general price as this On2, certainly bests the On2 in staging properties across the board, but not by much. 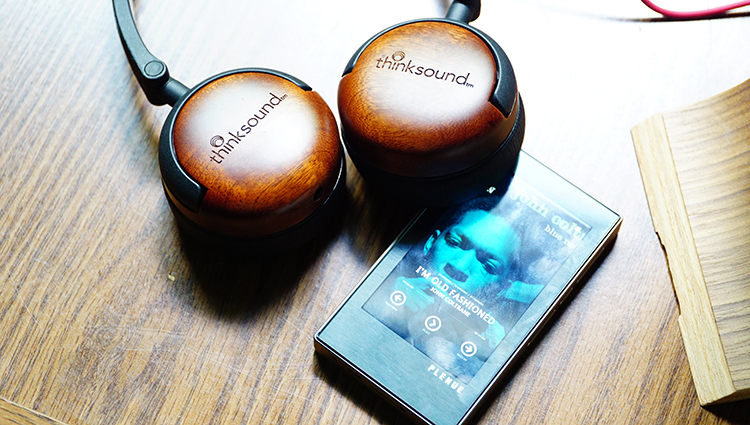 The world of portable headphones only gets better over time. 2016 has spouted some of the best portables I’ve ever experienced and they are making it very hard for is musical enthusiasts to look back on a time just recently when purity and complete neutrality was the name of the game.

Now, it seems there are plentiful neutral cans and plentiful musical headphones as well. Thinksound is well regarded for its fun sound signature that you can listen to for hours without feeling any fatigue.

This On2 is a great gateway stepping stone to higher-end products and also is a proper replacement for the ATH ESW9. Surely, my ESW9A is no longer needed, I rock these On2’s now instead, as I find them superior overall on an objective level.

I wonder and question what Thinksound would do with a flagship model. I believe it is sorely needed in the higher-end market at the moment. If only we could get a $999 On2 Flagship with the same sound, but with much better clarity. Ah, an audiophile like me can dream.

Either way, the On2 is a win for those who just want to enjoy the music and not get caught up in things like accuracy. The headphone could have used a bump in imaging prowess to really set it apart from the rest of the crowd, though.

If I had a real gripe at this price, that would really be all I could muster. The ESW9 finally gets kicked off the throne, Great job, Thinksound.