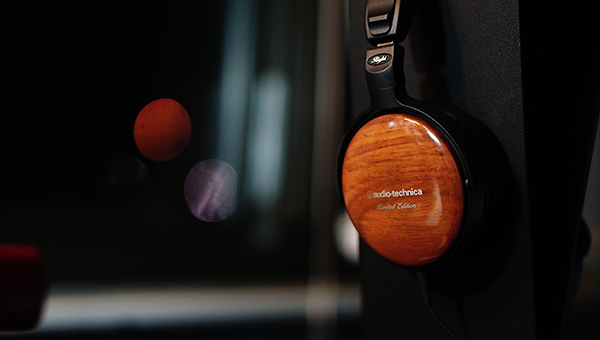 Well, good on Audio Technica for trying to better one of their long discontinued headphones and actually succeeding. Fans of the ATH house sound are going to feel right as rain with the new $400 limited edition ESW9-LTD on ear headphone. Funny enough, I live near Audio Technica HQ in Stow, Ohio in the USA and even they were unable to help me acquire a reviewers unit of this new portable rehash, ended up importing it myself through Pricejapan.com who were beyond wonderful with shipment details, speedy responses and keeping me updated even when I didn’t ask for it…so tell me why some website in Japan has better customer service than ATH’s world headquarters in Japan, who refused to even discuss the new ESW9-LTD with me? It may be a mystery now, but one I am sure will have an obvious answer before you finish reading this review.

I’ve been a fan of Audio Technica products for a long time. Hell, the ATH-W3000anv is literally my favorite headphone of all time: so yummy, vibrant and fun and a headphone that really hit home for me with regard to musicality and like the ESW9 original, as well as the ESW11JPN, the excellent forward midrange and vocal experience is second to none in my opinion. If there were awards for the best vocalist headphones in the portable world, odds are good the Oscar would go to the ESW11JPN ($799), ESW10JPN ($399-499) and the ESW9 original at roughly $200-300US. All of these headphones are discontinued marvels and it upsets me to no end why Audio Technica would actually want to discontinue them.

Comfort qualities aside, which were pretty bad in my humbled opinion, all of them were all star players that were designed with fun and style in mind. None of them were reference quality in tone, all of them were colored and extremely forward in midrange presence. The ESW10JPN clearly was the most beautiful of the bunch with a deepened, dark hue to the grain of the lacquered wood cups…so sexy…the stuff of dreams. At least, that is until you actually put the headphone on your head.

Audio Technica still doesn’t understand comfort or the fact that many of the audio junkies like myself, who support their company through thick and thin, wear their products for hours at a time and even up to the majority of their days or nights. Long gaming binges, raiding level 255 and 72 dungeons with your elite level equips, ATH AD-700 in tow the entire time as you are munching on god knows what type of candy or soda that is wrecking your kidneys. Point being; team Audio Technica released the ESW9 years ago and many complained over the cheap cup feel and the poor comfort of the ear pads.

A short time later, the ESW10JPN was released at a huge premium over the cost of the original ESW9, not one comfort problem was addressed and the sound signature was radically different. I recall many owners crying out in pain over their poor quality ear pads and overall lack of comfort. Damn, I was one of them now that I think about it. Just a few years ago, they released the hyper expensive ESW11JPN which once again did not address a single comfort issue, although they did make the ear pads a little different…still damned uncomfortable though. Again, all of these are now discontinued and being massively price gouged on the for sale areas of specific headphone forums that my fingers are allergic to typing the name of on my keyboard.

On November 21st of 2014, Audio Technica released the newly updated ESW9-LTD, which is in fact a solid improvement in audio quality over the original ESW9 of old. The question I keep asking myself is: If this headphone sounds this nice, why do I consider it a failure? I’ve been lucky enough to have Sony send me their recently XB950BT headphone, which by the way dipped down to less than $99 on Black Friday and Cyber Monday of this 2014 holiday season. I’ve since come to the realization that nobody is going to trump Sony’s 950BT any time soon. I’d like to play the audiophile prophet card right now and go on record stating that no other company will produce another “Absolute beast of a headphone and best headphone under $199…PERIOD!” for at least another year and onward into the holiday season of 2015, maybe even 2016. 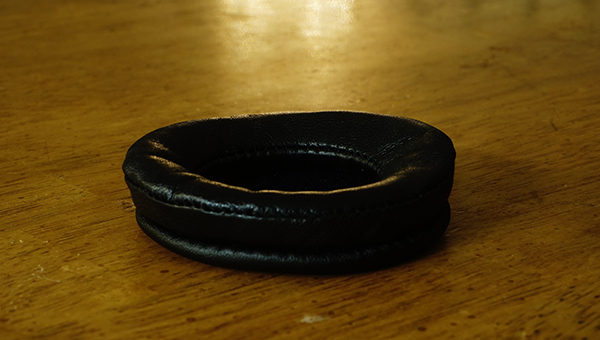 As mentioned above, Audio Technica just doesn’t understand ear pads. Some of their over ears were designed with earmuff-like pads that are plenty comfortable if you angle them just right, but most of the time they just don’t conform to the shape of your head in the slightest, unless you are a villain from Marvel or DC comics with some type of mutant, oblong shaped head. Not that this is a bad thing, my x-girlfriend had one. God bless her little mutant-hybrid heart. The pads on the ESW-series portables are thin and oddly cone shaped, meaning they don’t rest flat on your ears and only the very outer circumference of their pads will make the most contact with your ears. As you get closer to the center of the ear pads, the pads themselves become more distant from your ears, thus pain usually will ensue within mere minutes of using the headphone. This factoid has been something I’ve experienced throughout each new ESW model that was released.

I really loved the overall design of these ESW-series headphones; they are the most beautiful series of portables to me. There is nothing at all wrong with their build qualities, from headband to ear cups almost everything is designed and setup in a very intelligent way. The headband itself thankfully does not suffer from being un-conforming to my head and retains a good angle of approach just above the ear cups. Clamp factor isn’t really an issue, although there is a misconception that these headphones generally have excessive clamp. I disagree, it’s the crap ear pads, not the clamp factor. The headband is made of a thin metal strip under a plush leatherette material with plenty of padding. The Y-braces that hold each cup in place feel solid enough. The headphone only weighs 5.6oz ( 158g ). Plenty light and comfortable, suitable for portable and long listening sessions…at least on paper that is.

The ear cups still feel dirt cheap when you touch them, like the wood is very thin and not of a high quality, which is deceptive because of the high quality lacquer that adorns the exterior of the wood. Much like the ESW10JPN, they have a glossy and candy glass-like appeal. Despite being gorgeous to look at, they feel like junk. I would much rather this headphone had been designed a fair bit larger to the circumaural circuit, something with a thicker cut of wood and a heavier bulk to it that would imply “higher quality”. For this type of price tag, a thicker wood should have been used; there is no getting around it. $400-500 for this headphone depending on the price does not justify low quality wooden cups…especially not after four previously released models in the series before it that also had this problem. 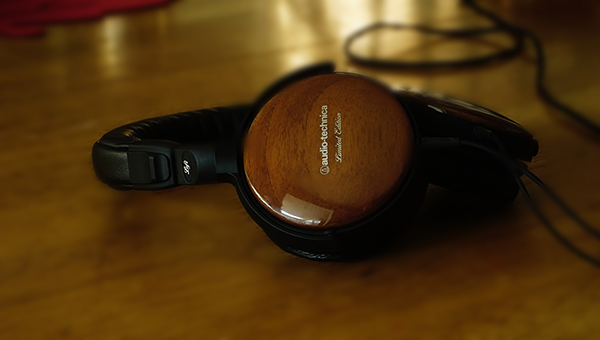 The original ESW9 had no shiny look to the exterior; the same went for the ESW11JPN and only this new ESW9-LTD and ESW10JPN had glossy wooden cups. Although, I have to admit that Audio Technica wasn’t nearly as lazy as they were with the stain job on this headphone as they were with the ESW10JPN. Google some photos of that ESW10JPN headphone and look at how bad the stain job was near the exteriors of the wooden cup, which sometimes were completely unstained near the areas where the headphones wooden cups entered the housing. Thankfully, the ESW9-LTD is beautiful in that respect, very nicely done.

The cable, just like every other ESW-series model before it, is still dollar store in quality. It is thin, weak and screaming the lowest quality possible. Although, they’ve now adopted a dual L/R cable with matching exterior casing instead of the older versions and their single strand cable type. The adapter heads are also now right angle…hooray? Always nice to know you can pay $400-800 for these headphones and get truly awful cable quality from a materials point of view. This should be paracording and have no strain relief, instead offering a detachable cable option. It is a portable headphone that is going to be put into portable cases for crying out loud. ATH offers nothing to protect this headphone from scuffs except a junk fabric sac that some cheaper headphones usually come with. No hard case, nothing innovative to make you feel better about moving it around on the go is unforgivable at this price range.