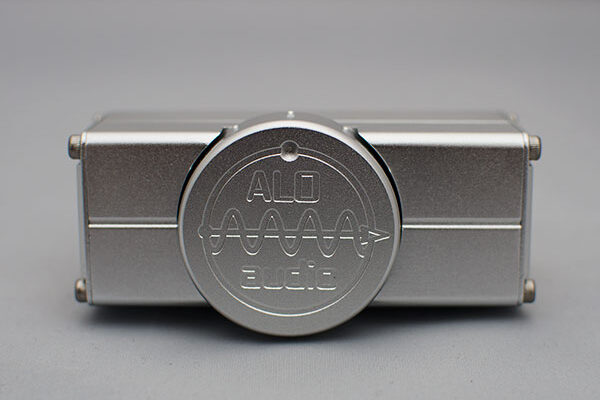 ALO Audio recently released their new balanced USB-powered DAC/AMP called the Island priced at $299 and frankly folks this is about as small as it can get.

Ok so I saw the eye-catching pictures like everyone else on their website and Facebook pages and thought nice-looking “gold bar” design there but I was expecting something double the size.

The Island comes in at a little over 3 inches long, just over an inch wide, and the same again in terms of width. It really does look like a mini bullion bar except for that fantastically user-friendly volume dial at the top.

With its origins from a 3D print design concept into a production reality sporting 4 different colored variations you cannot really accuse ALO Audio of being predictable.

It looks like nothing they have ever made before and frankly doesn’t even follow the conventional norms we tired old hacks are used to seeing in our headphone amp/dac designs.

The fact also ALO Audio saw fit to make this both a single-ended and balanced amp out as well as stuffing a 24Bit/192kHz capable Cirrus Logic CS4398 DAC chip in there (USB only) and a gain filter switch makes this a pretty decent value proposition.

Anyway enough of the size thing, we have seen portable amp/DACs achieve similar things I guess with ALO Audio’s own International though not at $299, and for some that may well be reason enough to empty the wallet. 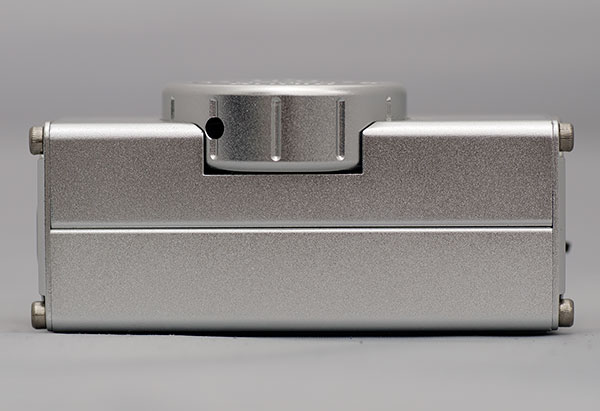 Out of the box, you cannot fail to notice the big analog 3-stage volume dial sitting astride the Island’s main body (we choose silver, but you can have black, blue, or gold also) like some sort of audiophile Major T.J. “King” Kong without the waving cowboy hat and when you get to grips with it actually it really is quite the liberating experience.

Gone is that incessant nerdy need to check where your volume dial is positioned before you start any new tracks like some other amps, this volume dial is intuitive and very natural to the touch. The control is effortless and requires zero eye contact leaving you free to focus on whatever else you are doing.

On top of that, it is a really smooth and tight pot also with no detectable channel imbalance and a nice consistent level of resistance to prevent any loss of control or accidental volume bursts.

If this is aimed at laptop users then the concept of surfing your laptop and using the Island wheel is going to feel awfully similar to managing your mouse. Why has no one thought of this before? Based on the pictures I didn’t get the big volume dial at all, in front of my laptop I do now. 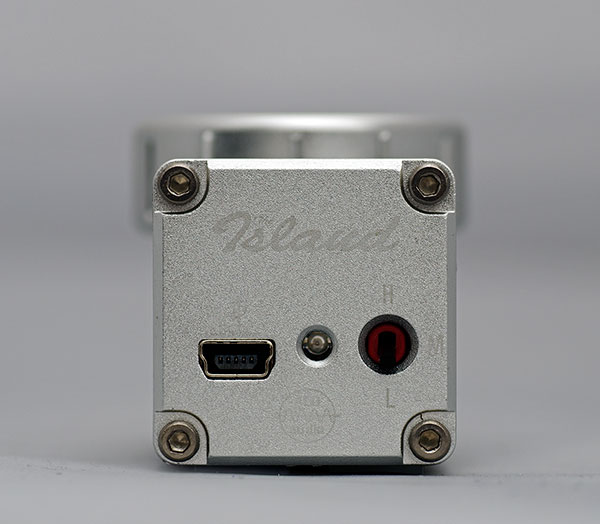 The Island’s tonality after a few hours of burn-in could be best described as smooth, spacious with a fairly bassy low end. The Island conveys a pretty large sound stage with a good handle on the power that drives most headphones pretty well including the LCD-2 to satisfactory levels.

It is far from neutral, sounding slightly veiled, warm, and perhaps lacking in a bit of bite compared to say the Theorem 720’s excellent full yet detailed and neutral tonality, and that large sound stage can sometimes equate to a slight loss of resolution on tracks requiring something more intimate and articulate.

The Island seems built to provide a “big sound” but perhaps not the final word on resolution or intricate detail. I would say that this is a pretty fair trade-off considering the price actually. I never expected a $299 balanced amp to beat out their pricier International or Continental but it does compete very well indeed against the National.

The Islands tonality for me is more about on the go musicality than a studied monitor like presentation. It has a sound much more in keeping with modern genres such as dance, techno, and R&B but that big sound stage can make it also more amenable to some classical works with imaging that feels more like mid-row than the mosh pit.

I actually got the Island at the same time as the Ibasso DX50 which uses a Wolfson WM8740 and after a few listens we felt that although the DX50 was more accurate tonally and a better sense of detail and sparkle it lost out to the spaciousness of the Island by some margin.

I did some checking against a few other DAC/AMP’s I had also such as the Miniwatt N4 which I actually rate quite highly for headphones but compared to the Island it had a noticeably higher noise floor with IEM’s and a more forward presentation and smaller sound stage.

What the Island does best

What I love about the Island is that although it packs a fairly powerful little amp it is not a clumsy beast with sensitive headphones and earphones like the RX-MK3 first edition could be at times.

The LCD-2 does indeed require the high gain setting on balanced mode but IEM’s are pretty happy to function at low gain without any noise floor issues. The humble but stellar AudioFly AF56 IEM which retails at around $100 and has a 118db rating handled excellently at low gain setting with zero noise floor and little or no channel imbalance at low volume levels.

I also tried working with some more treble orientated headphones such as the Soundmagic HP200 and the Beyer T70P. After the initial slight worry about the rather less detailed presentation, I actually found that smoother tonality and bigger sound stage to work in the Island’s favor making both these cans just a little less “hot”.

It also gave both the bottom a slight lift and slightly more satisfying impact than more neutral amps such as the JDS Labs C5 or the Theorem 720. 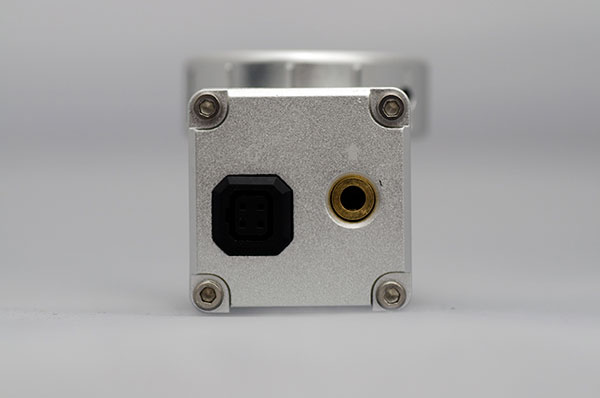 There is much to like about the tiny little Island DAC/AMP. The form factor and intuitive volume dial do make it wonderfully suited to an audiophile’s or road warriors laptop toolkit.

Its warm, bassy spacious tonality with a very flexible power handling makes the Island a “jack of all cans” that allows it to work well with a wide array of headphones even the LCD-2 rev 2.

It is not the final word in resolution and at times it can seem a bit veiled and distant but coming in at $299, with 4 distinctive colors and balanced to boot makes the Island a very accessible and modern DAC/AMP that is great fun to use.

ALO Audio The Island
Its warm, bassy spacious tonality with a very flexible power handling makes the Island a "jack of all cans" that allows it to work well with a wide array of headphones even the LCD-2 rev 2.
Slide here to add your score on the gear!10 Votes
7.2
7.2
Score
Discontinued
ALO Audio