The Austru is rated at min 112dB up to 120dB beyond the crossover but interestingly, no doubt due to the additional dynamic driver, the impedance rating is a very high 75.9 ohms. Out of this a couple of things became obvious when testing.

The first was the relatively noise free and black background on the Austru with most DAPs in unbalanced and balanced mode and the better noise performance than more efficient IEMs such as the Andromeda on portable amping.

Second, the volume control interval from lowest comfortable or audible listening setting to the highest most uncomfortable setting was quite big in comparison to other IEM’s we tested. The 120dB BA rating allowed the Austru to kick in at a pretty low level across most of the DAPs we tested. Audible volume came in lower by as much as 5-10 steps lower than the CA Vega or Noble X & Savanna. Yet, the Austru was able to go that bit higher in volume than any of these IEMs were capable off.

That 76-ohm rating of the Austru definitely demands more power than most lower ohms rated IEMs for optimal efficiency but it’s still well within the capability of good DAPs, you just need to push up the volume a bit more.

This is quite a balanced pairing so the bass filter switch has a very subtle change to the response using the AK240 for me. Rather than increase any sense of slam you simply get a slightly fuller midbass response and a touch more body. It’s still a fairly linear experience overall with a smooth but detailed performance, a slightly mid-centric bias and a natural top end attenuation with little in the way of harsh stridency or splashiness.

Vocals are full sounding and natural and resolution is excellent. Props for a lovely instrumental timbre. Out of the sourcing pairings, this was my favorite for accuracy and micro detail. With the AK240 it is better to keep the bass switch forward on the Austru just to tease out a bit more low-end texture and body and offer a bit more musicality otherwise it can come across as a bit lacking.

Tonally this pairing fell in between the AK240 and the M5 in terms of good detail, a slightly mid-centric presentation from the Austru with only a subtle change-up using the bass boost selector switch. Resolution was superior to both the X5iii and the i5 with a noticeable uplift in treble extension and articulation over the X5iii, however, it lacks both the warmth and musicality of these DAPs with a flatter less responsive bass performance from the Austru.

Tonally this is a very good pairing for bass body and slam, sounding much fuller and more musical than the AK240, X7, and M5. Using the Bass filter switch had a more noticeable impact on the bass quantity and body when turned on over the M5 and AK240. This is a good choice for those wanting something for RnB and Hip Hop and concerned the bass performance might be a bit too ‘correct’.

Plenty of PRaT with this pairing with a smooth midrange and vocal presentation though a little ‘smoothed over’ in terms of detail and resolution compared to the other higher end offerings. Instrumental timbre is more to the warm side with a slightly euphonic sweet sound that resolutely sibilant free and relaxed sounding. For me, the Cayin I5 and Austru pairing have a little edge in terms of sparkle and treble clarity over the more laid back FiiO sound.

The I5 tops the X5ii in terms of both bass slam and clarity using the Austru. It’s tighter sounding, a touch more neutral in the midrange but with sibilant free full vocal performance as well as giving up superior treble articulation and clarity over the warmer and more laid back X5iii.

With the I5, the Bass filter switch on and off tonal tweaks was much more noticeable than the rest of the DAPs tested and just edged the X5iii with its slightly tighter response. This is another pairing that will excel with modern rock, pop, and RnB where a full sounding well-defined low-end body is important.

Although offering less detail and a touch drier sounding than the AK240 this was by far my favorite pairing with the Austru for vocal performance. Both male and female vocals sounded natural, full-bodied and sibilant free with the M5/Austru. The staging was also a little deeper and more holographic than either the X5ii or AK240 though in the favor of the AK240 I got a more natural timbre in the midrange and superior resolution from the Austru.

Bass performance with the selector switch using the M5 was a little similar to the AK240 pairing with a slightly fuller sound but nothing dramatic though it does help with fundamentals. It’s not a basshead pairing for me but I do prefer using the M5 with the bass selector switch turned on rather than off for the additional bass presence particularly with EDM and rock. 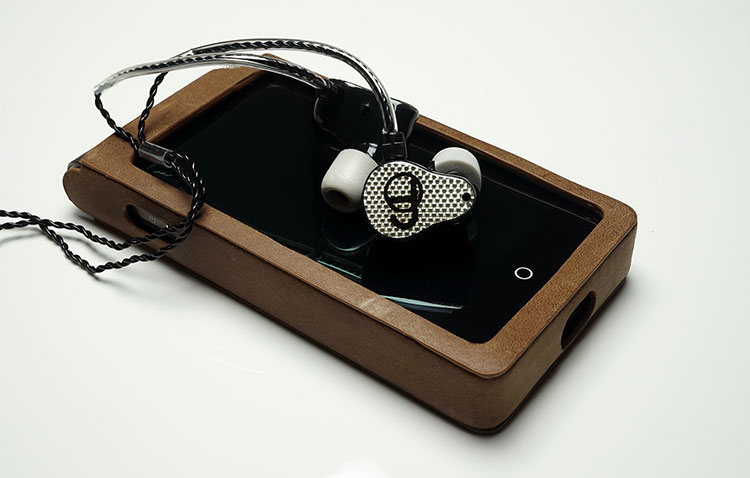 The A91 is also a hybrid, with a single 10mm dynamic and 4 BA design and rated at 20 ohms and 112dB. It is a bit more efficient than the Austru though technically the Austru’s BA drives are more sensitive at 120dB with the dynamic driver at a similar 112dB rating. The big difference is the resistance rating difference so the A91 will have the edge on more efficient amps but on the flipside will be more sensitive to noise and increase in gain/volume on your source or amp.

Tonally the Austru is richer, smoother and more musical in the mids and treble but the A91 has a deeper and better bass presence with a quality sub-bass response like no other. Staging wise the A91 is deeper, more holographic than the Austru with more headroom also.

Personally, I prefer the mids of the Austru over the A91 with its slightly more distinct and euphonic tonality and vocals but if you are going for something more expansive and need a much more pronounced sub-bass response then the A91 is a clear choice.

The UM Martian is actually a dual DD, dual BA design rated at 28 ohms and 110 dB and does not require the same level of power as the Austru though it is not quite as efficient as an all-BA design such as the Andromeda. Volume upper limit was around 15 steps lower on the X7 with the Martian compared to the Austru as an example, though the Austru could play as quietly if not more so than the Martian.

The Martians dual DD is more centered on good sub-bass presence and extension rather than the fuller sounding and slightly longer decay of the Austru’s midbass focus. The Martian for me has the slightly quicker bass response but the Austru sounds the more musical of the two. Mids on the Austru are a bit further forward and richer sounding than the Martian which lacks a little texture in comparison and the dual BA design of the Austru pulls ahead in the treble which has a more natural sound over the Martian’s slightly leaner performance.

The IT03 is a budget-buster of a hybrid from iBasso with a single 9.2mm dynamic, and dual BA design measuring in at 8 ohms and 105dB rating. It does not need as much power as the Austru, peaks lower on volume but can be more prone to noise and rapid gain changes than the Austru.

Tonally it’s all about coherence and treble performance for me. The IT03 will seem more extended, more impactful but it’s not as coherent and in single ended mode the treble is nowhere near as balanced sounding as the Austru’s more natural attenuation. The Austru has a more forgiving and flowing sound than the IT03. Vocals, in particular, are fuller sounding and more refined than the IT03 whose upper pitched female voicing can often carry a sibilant aftertaste. Balanced with the IT03 is more competitive but matching is not as easy as it is with the Austru. 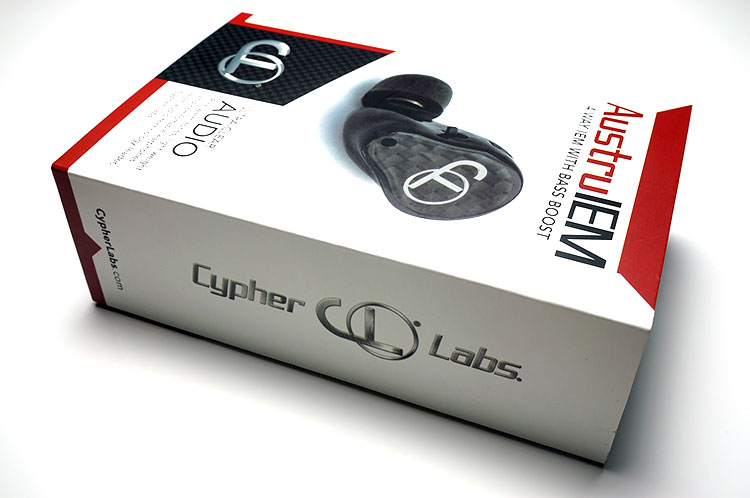 The Austru from Cypher Labs is an accomplished, smooth and rather balanced sounding hybrid IEM. Rather than emphasizing the bass weight with the filter switch, Cypher Labs have instead given us something a lot subtler in terms of fullness. It is also a source dependent IEM with stronger amps, or perhaps more musical sources benefitting the most from the bass filter switch effect on the low-end response of the Austru.

Its biggest calling card is the coherence. Often a hybrid can feel like 2-3 different IEM’s shoved into one shell and can come across as slightly uneven such as the IT03. Not so with the Austru. If anything, the ‘bass off’ switch can taper off the bass a bit too much taking away some much-needed power and weight and reducing the enjoyable musicality of the Austru. More often than not keeping the bass boost on produces the more pleasing and coherent response from the Austru.

If this is going to be the house tonality of Cypher Labs IEMs, and we got a hint of that with the C6IEM before it then I think there will be more than a few fans of this smooth sound.