The T+A Solitaire P-SE is a high-end planar magnetic open-back circumaural headphone based on the flagship Solitaire P. It is priced at £3000.

Disclaimer: The T+A Solitaire P-SE sent to us is a sample in exchange for our honest opinion in this review. We thank Audio Business UK and T+A for this opportunity.

To learn more about other T+A headphones featured on Headfonics you can click here. 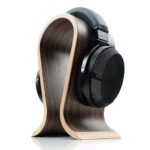 T+A Solitaire P-SE
What an outstanding headphone the T+A Solitaire P-SE is. It has a world-class resolving capability, a stellar transient response, and very pleasing levels of separation from top to bottom. This is purist's headphone for those who like to hear every event and note in the music they like to play.
Slide here to add your score on the gear!189 Votes
9.2
9.2
Reader's Score
£3000
T+AAudio Business UK

Last year, the Solitaire P captured the Top Gear Best Headphones Award alongside the Abyss Headphones Diana V2. This is or was quite an achievement for a freshman headphone debut, albeit a very high-end one at £5000.

Now, I did not personally review the Solitaire P. That review was done by one of our contributors in the UK so I was always kind of curious about how it sounded. Luckily, I was in contact with Audio Business UK via Naphine Porter who suggested we review the new P-SE version. I agreed but they sent not just the P-SE but the Solitaire P also to compare with.

For those of you coming fresh to the brand, T+A’s full name is T+A elektroakustik GmbH & Co. KG and are located in Herford, Germany. They do a lot more than headphones also with a product line covering speakers, cables, integrated receivers, and headphone amplifiers such as the HA 200.

Although the P and P-SE headphones have a shared nomenclature, it would be relatively crude to say the P-SE is simply a cheaper version of the P despite it being based on the same design principle.

Both are planar-magnetostatic full-sized open-back circumaural headphones of a similar form factor, but inside there are differences, (including the tuning). The two drivers are designed and manufactured in their factory in Hereford so there is no IP migration or OEM adoption.

The P-SE has a new elliptic 110x80mm driver inside called the TPM 2500 whereas the flagship P uses the original TPM 3100 of similar size. This is a single-sided magnet design as opposed to the TPM 3100’s dual-sided magnet application, meaning the P-SE will be somewhat lighter.

The diaphragm itself is very thin at just a few µm thick and constructed from an ultra-lightweight film material and coated with a similar conductor array as the P flagship.

The P-SE driver design’s key principle is still quite similar to the P. That is to ensure the P-SE drive delivers an even distribution of its performance across the entire diaphragm and not just in specific or localized hotspots such as right above the coil.

To achieve this, T+A has focused on the P-SE magnetic field performance with a magnet arrangement that is matched in length to the oval diaphragm shape and with absolute precision in terms of positioning.

This precision within a few hundredths of a millimeter, combined with the retaining rings and magnet mount is supposed to produce a linear magnetic field across the entire diaphragm surface.

Fewer magnets mean a slightly more efficient specification from the P-SE which is now rated at 45Ω impedance compared to the more demanding 80Ω rating of the flagship Solitaire P.

Sensitivity for both remains unchanged at 100dB SPL which places it on the ‘easy end’ of the scale for current demand alongside the likes of the Meze Empyrean and Final’s latest D series headphones.

Overall, the P-SE should be the easier of the two to drive and you can check that performance out in more detail in our synergy section on page 2.

The P-SE’s overall form factor is almost identical to the clean minimalist lines of the flagship Solitaire P but with a lower-profile all-black design. This is an oval cupped full-sized open-back design with a single adjustable spring-steel headband system mounted on articulating pivot blocks with full arch gimbals.

The mainly plastic material construct is lighter and slightly cheaper to produce than the Solitaire P’s heavier CNC-milled aluminum elements.

This includes the pivot blocks, main cups, and gimbals. However, the plastic molding is finished to a very nice level of quality. The use of plastics also contributes to the 90g saving in terms of weight at 440g compared to the 530g of the flagship.

You will not notice a huge difference in the faceplate aesthetic since the P-SE uses the same black honeycombed mesh grille design as the P that allows you to peek right into the driver as well as the unique jack socket design.

The Alcantara finish on the underside of the Solitaire P headband inner cup walls has now been replaced by a good quality velour material that has a slightly different textural feel to it. That being said the memory foam feels every bit as supple as the flagship design.

The P-SE uses the same soft synthetic leather for the outer pad walls and the top-side of the headband and the striking red fabric inserts inside the cups to cover the drivers. 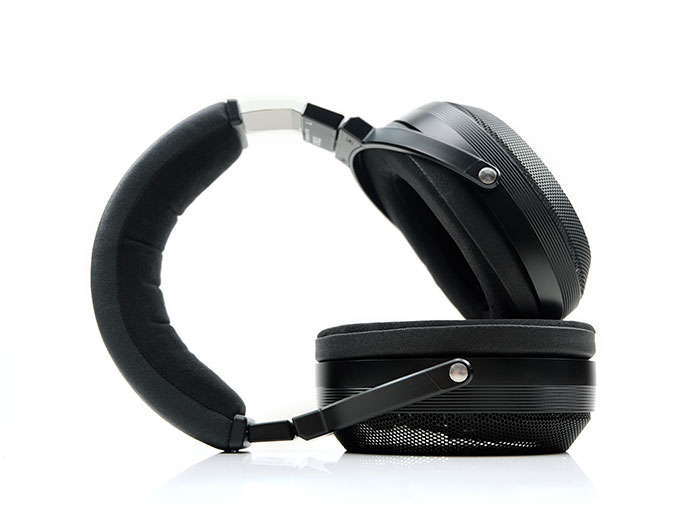 The P-SE is indeed lighter than the Solitaire P which is an advantage but even so both headphones have excellent pressure distribution despite the single headband design. There is very little bias towards the vertical or the lateral which in turn, helps to keep it very steady on your head.

Unlike many planar designs, you do not feel like the majority of the weight distribution residing in the cups pulling them down and creating pressure hotspots on your scalp. That can often be a common complaint with single headband designs. I suspect the memory foam and velour finish is doing its job here quite well.

Also, T+A has resisted enhancing the lateral clamping pressure to compensate for any downwards pull from the cup weight so they actually remain quite relaxed in fitting yet at the same time fairly secure.

Combine that with very breathable non-sweaty pads finishes you get what I consider to be a very comfortable wearing headphone despite its 440g weight being relatively heavier than something like the Ether 2 from Dan Clark Audio.

The adjustable headband is just on the right side of long for me. I tend to wear this at its shortest setting which is a very good fit for me but there is plenty of room for larger heads at its maximum length. 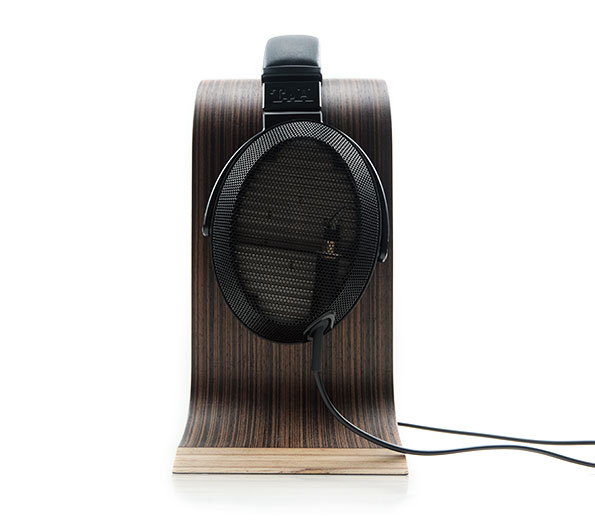 This is a big change from the Solitaire P and I have to be honest I do prefer the new 3.5mm TRS connector system to the original LEMO connector push-pull design.

The main reason for that is the red and blue channel marking on the new cables being much easier to differentiate compared to the non-marked P cables which always requires me to pause and study before inserting to make sure it is correctly aligned. The secondary reason is the cost of repairs with LEMO connectors usually costing a lot more than 3.5mm TRS alternatives.

The depth of the socket on the P-SE is the same as the P though which means the majority of the barrel in both headphone cable designs is buried deep. To unlock and pull out you are actually holding the cable around the strain relief area which might become a weak point after multiple pulls for disconnecting.

The P-SE comes with two heavy-duty but professionally finished stock 3m black ‘rubbery’ cables. Both have a similar aesthetic and internal composition. These are 4-core SPC cables, (OFC silver-plated), with silver-plated woven shielding, Hytrel, and TPE toxic-free insulating jackets. They are relatively heavy but do handle quite well and suffer from zero microphonics.

One slight difference from the P are the splitters on the P-SE cables which are a lighter rubbery square finish compared to the premium metal finish of the P version. It does look a little cheaper but on the flip side, the P-SE cables are marginally lighter.

As with the Solitaire P, the P-SE stock cables come with 6.35mm SE and 4.4mm balanced terminations. You can, as an option, replace the 4.4mm with a balanced 4-pin XLR version which I suspect would be more popular for balanced headphone desktop amps currently in the market.

The packaging for the P-SE is surprisingly huge but gorgeous. You really do feel like you are getting a premium product with a box not unlike what you expect for a high-end amplifier. The packaging is also quite similar to the Solitaire P only a lighter grey color as opposed to black.

The squarish lift-lid box itself is big, flat, and begging to be placed on the mantlepiece as a display. It actually comprises of two components, a small light cardboard slip-on and the main box itself underneath with the various branding decals.

Inside, the headphones are placed flat in their own contoured velour-lined center area with the two stock cables deftly arranged in little compartments to the left and right. Underneath, you get your various leaflets including a user manual, quick use guide, and warranty registration.

What would I have liked to have seen? I am not sure what is possible with the flat case design but it would have been ideal if the box was more weather-sealed or strapped with a loop at the top to convert into a carry case.

HiBy did this wonderfully well with their R8 DAP and Audeze does include their excellent weather-sealed carry cases with their flagship headphones.  I feel something similar might be needed for the Solitaire P-SE, (and the P) if you do not already have display cabinets or plan on using the box as a display piece on its own right.