Our ‘Bang For Buck’ portable amp/DAC for 2018 with a slew of similar features to the xCAN but also 2-3 major differences. The first is the inclusion of a Burr-Brown PCM1793 multibit DAC chipset for decoding digital to analog as well as MQA rendering.

The xCAN only has an unnamed Sabre DAC for Bluetooth audio though the xDSD does not use the Burr-Brown DAC chipset for its BT decoding. It remains on the integrated chipset. The xDSD also does not have anywhere near the same output power as the xCAN at 500mW into a 16Ω load unbalanced compared to the xCAN’s 600mW unbalanced and a balanced 1W into a 32Ω load. The CAN is your choice for demanding headphones.

The xDSD has no analog line-in nor does it have balanced outputs though both have S-Balanced 3.5mm outputs. The playback time on the xDSD is rated at just 8 hours whereas the xCAN in the analog domain is rated at up to 18 hours and around 12 hours for wireless depending on the codec and headphone load.

XBass is different also. The xDSD goes for pure low-end boosting whereas the xCAN has 3 options for the low-end, lower-mids presence or both. 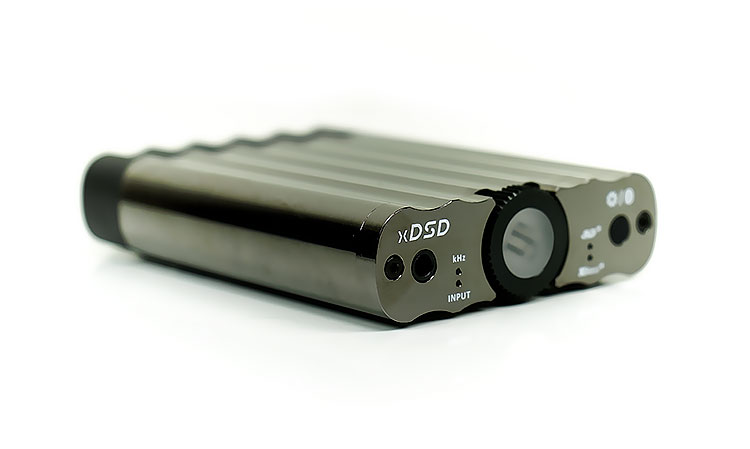 Outside of one glaring difference, this is a slightly tricky comparison. The xDSD has a built-in DAC that invariably means that most playback will have the same timbre, similar levels of resolution and dynamic range. The xCAN, being a pure analog amp for line-in can vary slightly given that the source signature can vary.

We tested both with the USB-OTG out of the HiBy R6 Pro for the xDSD and the LO of the same device for the xCAN using the Noble Khan to get a feel for how these variations worked out. The R6 Pro uses a dual ES9028Q2M giving it a balanced and natural sound with a slight top-end roll off.

Through the xCAN, we felt the sound was a little punchier, more spacious with better dynamic range. The xDSD sounded a little softer, especially when we switched to the Listen filter over the Measure filter. 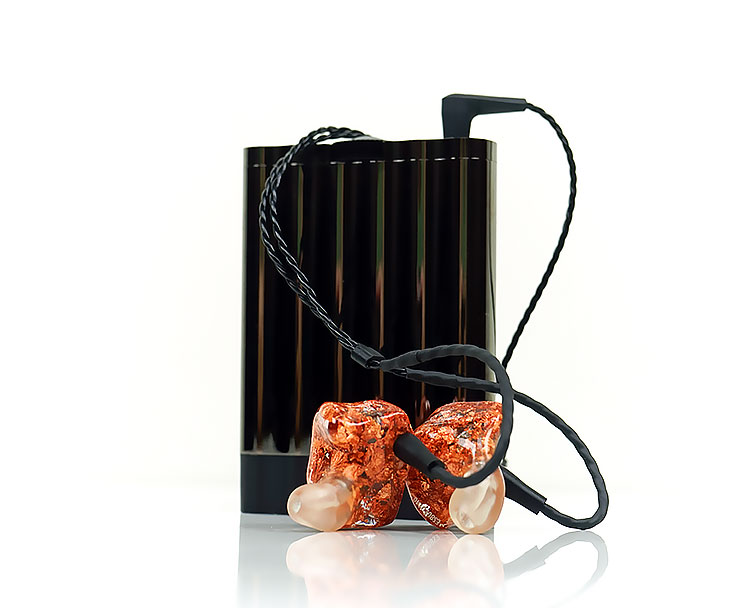 However, this all pales into the background when we discuss the noise floor. The Khan is reasonably sensitive but not on the same level as Campfire Audio’s Solaris or Andromeda. It does require SPL and is normally quite good at avoiding hiss.

Not on the xDSD. The xDSD noise floor is significantly higher than the xCAN which in turns masks plenty of nuanced detail. The xCAN’s amp stage is much quieter with the Khan, almost next to no hiss and a lovely black background. That’s both S-balanced (3.5mm) and balanced (2.5mm). The xCAN is clearly much more adept than the xDSD for monitors.

The same background noise is also on the BT output on the xDSD which tends to get distracting at times with monitors. Tonally, you can hear that Sabre DAC at work also when using the xCAN wirelessly. It has that Sabre sound: cleaner, more neutral, slightly more forward treble but a blacker background and more resolving than the xDSD.

In some ways, this was the precursor to the xDSD and when comparing to the xCAN a lot of the difference apply here also. The first is the same Burr-Brown PCM1793 multibit DAC implementation allowing the Nano iDSD BL to decode a digital signal from either a PC or an OTG digital audio source. It will also render MQA like the xDSD.

Like the xDSD, the BL also has the Listen and Measure DAC filters to the rear with a dedicated LO to the rear whereas the xDSD LO is shared with the 3.5mm unbalanced output to the front. The BL does not have any balanced 2.5mm line in or headphone out compared to the xCAN though it does use the S-Balanced 3.5mm feature.

It splits its outputs into a dedicated IEMatch out and a direct out. You will hear more noise on the direct output and a higher gain level due to the IEMatch inherent attenuation and slight loss of dynamic range. However, the IEMatch output has the lowest noise floor of the tested units and very suitable for IEMs.

The BL does not have any Bluetooth functionality unlike the xCAN which can operate wirelessly and its output power is inferior to the xCAN at 500 mW into a 16Ω load compared to 600mW into 32Ω S-Balanced and 1W into 32Ω balanced for the xCAN. Battery life on the BL is much lower at 10 hours compared to 18 hours analog and 12 hours wireless for the xCAN. 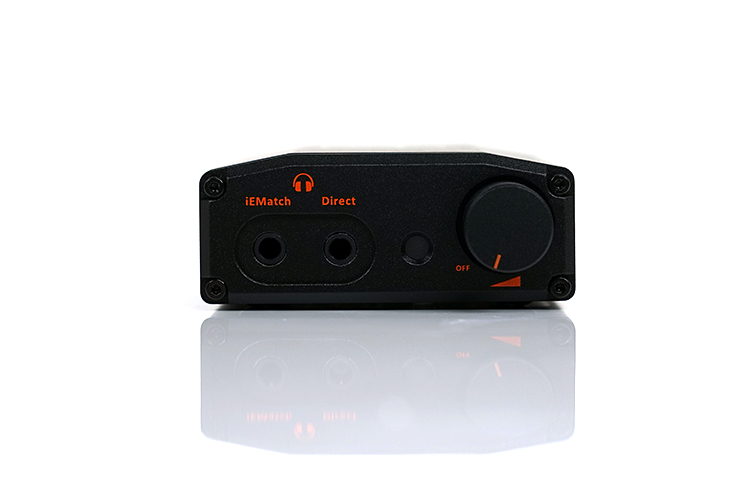 Two very different tunings. The Nano iDSD BL is warmer, smoother with a more relaxed top-end and a slightly more euphonic timbre. Its attack is slightly softer, the layering not quite as precise but if you are treble sensitive the more forgiving of the two presentations. It also has a touch more low-end body than the xCAN if you are using a fairly neutral source or DAP.

We tested the LO R6 Pro again and could detect a cleaner neutral stone with more treble articulation overall with the xCAN amp output. With the BL in OTG Digital via the R6 Pro we got that warmer softer tone.

The noise levels on both are the same, especially with the BL’s IEMatch output. The direct output wasn’t too bad either though the noise floor went up a touch but with less attenuation and bit more dynamic range. The xCAN’s built-in IEMatch nails it in both S-Balanced 3.5mm and 2.5mm balanced output. It is quiet, as quiet as the BL in both outputs. Both excel with monitors.

With headphones, the xCAN shows its mettle over the Nano iDSD BL. We tested both with Hifiman’s HE1000 V2 which is a fairly inefficient planar headphone at 90dB. You could get more demanding such as the Susvara but 90dB should be enough to demonstrate the gap in power between these two portable amps.

The BL did go loud with the HE1K V2 but more or less went to the end of its volume dial. The xCAN, especially in balanced 2.5mm mode,  had plenty more headroom in terms of volume. It was also the better of the two in terms of staging depth, dynamic range, and imaging clarity. Shame really as I quite liked the timbral match between these two on the BL, just not enough juice.

We thought it would be worthwhile throwing one of our favorite bang for buck analog amps into the mix, the FiiO A5. It is not as flashy or unique looking as the xCAN design but it is slimline and packs quite a few features also for the price point.

Like the xCAN there is a pure analog amp, however, unlike the xCAN, it does not have a wireless BT receiver and DAC, welcome to 2019. The A5 uses a MUSES02 opamp and LME49600 buffer combo amp stage rated at a maximum 800mW into a 32Ω unbalanced. That is more powerful than the 600mW 32Ω S-Balanced 3.5mm on the xCAN but less powerful than the xCAN’s 1W 32Ω load.

Like the xCAN, the A5 has a bass boosting or enhancing option but they do differ. The xCAN’s more complex XBass II has a lower-mids presence option which can be boosted with or without the low-bass boosting. The A5 has a hard stop at 100mHz for its bass boost and they do sound a bit different. The A5 has nothing like the xCAN 3D+ spatial tweak but it does have a high and low gain switching feature. 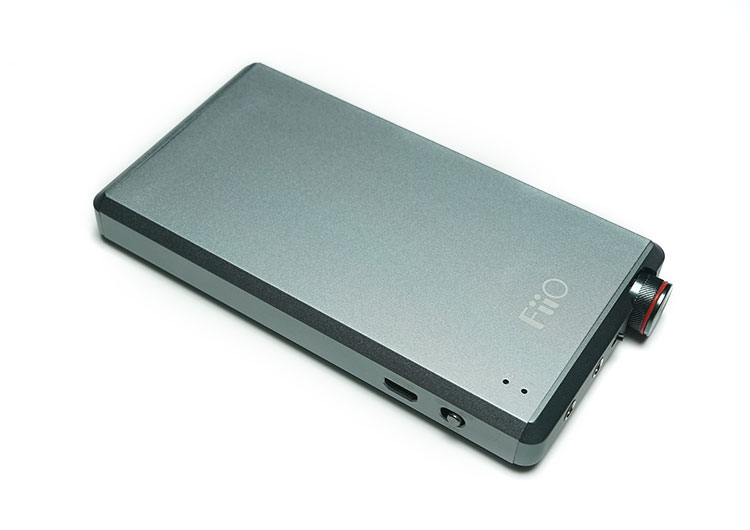 Both of these amps have more than enough power to drive demanding headphones such as the Hifiman HE1000 V2. I would not say desktop level but certainly to a very satisfying level for a portable amp at these price points.

The tuning in the stock format is competitive in term of a smallish gap. The difference is more in the tuning with the A5 the slightly darker of the two and possibly a little softer with slightly less treble presence. The xCAN is cleaner, a little more spacious sounding with more treble extension and air.

Staging on both with the HE1K is good but the A5 has a thicker low-end with more body and you can hear that clearly on the HE1K V2. It is the amp that will deliver raw low-end power. What the xCAN does is offer a bit more space and clarity on the low-end with much better definition. 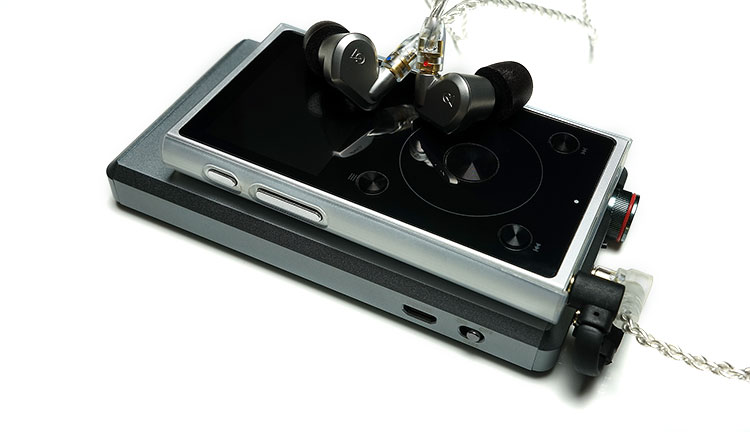 Battle of the Tweaks

The bigger differences come when you start deploying the 3D+ and XBass II compared to the A5’s Bass only tweak. With the XBass II on its bass only switch the A5 delivers the greater body but the xCAN the better definition and clarity.

However, throwing on the Presence and Bass together on the xCAN switch brings a far more dynamic presentation and leaves the A5 sounding a little overblown in the low-end and lacking in instrumental and vocal presence the further up you go in the range.

Noise on both of these amps is very low indeed using a Noble Khan as our test monitor. The bigger difference is in the accuracy of the channel balancing and useable volume. I found the channel balance on the A5 to be far less accurate with a left channel bias at low volume and by the time it balanced itself out we were already at a comfortable listening level.

The A5 then proceeded to get very loud very quickly making the useable volume parameters quite small on monitors. In comparison, the xCAN channel balancing was flawless from the lowest to comfortable levels with next to no channel bias at low volume. The level of useable volume was also excellent. I always felt totally in control of the current on the xCAN compared to the A5. 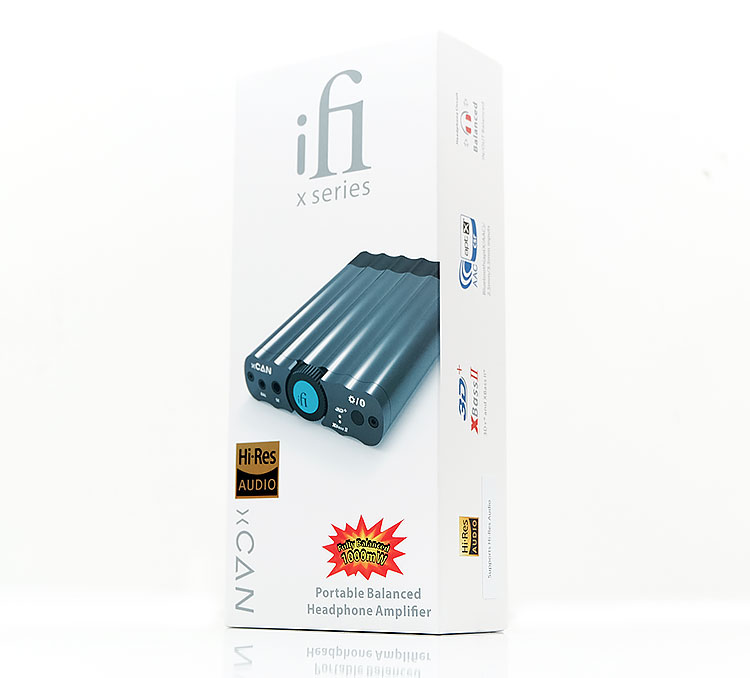 The xCAN is a fine pure portable amplifier at this price point. Its modern wireless connectivity may appeal more to a new generation, but as an old hack I really do appreciate a great analog performance and this is indeed a great one.

I personally think whatever fine IEMatch fine-tuning they did inside the xCAN amp stage is spot on this time around. The noise floor on the xDSD was just too high for today’s super-efficient monitors to be an ideal pairing. The xCAN’s super-low noise floor combined with excellent output power makes it very adept indeed with almost anything you pair it with.

And it is not just in the pure analog amp domain that the xCAN excels for noise. The Bluetooth performance is equally impressive for keeping a lid on the hiss.

True, nothing is perfect and I would so dearly have loved to have seen LDAC in the codec decoding list of the xCAN. One wonders what could have been if LDAC was pumping through that Sabre DAC’s clean neutral and resolving signature. A small but important quibble in an otherwise good feature set.

For now, because in this hobby nothing is forever, the xCAN is a fantastic reference portable solid-state amp and one I will be keeping on the table as a pleasurable if somewhat niche benchmark.