Audeze LCD2 – One of the best?

I’ve always been a fan of orthos ever since I had my Hifiman HE-5LE. It was almost the perfect headphones for me but I just can’t seem to get over the sibilance issue. And I thought Hifiman was able to solve that as soon as the 2nd generation Hifiman came out.

So after a few months, I decided to take a plunge at most revered Audeze LCD2. Though I was a bit concerned at getting one since its made of wood and wood orthos never seemed to shake off the cup cracking issues. Anyway, I still bought one and got them around a week ago. It arrived with the new waterproof travel box which quite a different from the original default wooden box that comes along with it. Good move for Audeze in my opinion since the box costs around $75 alone so this is a good upgrade value-wise, durability-wise and protection-wise for my beloved cans. It also comes with the new ADZ-5 cables by Audeze along with the usual stuff as the headphone documents and wood care kit.

Preferred the tracks mentioned above since these are the ones I’m most familiar with.  All are in FLAC. 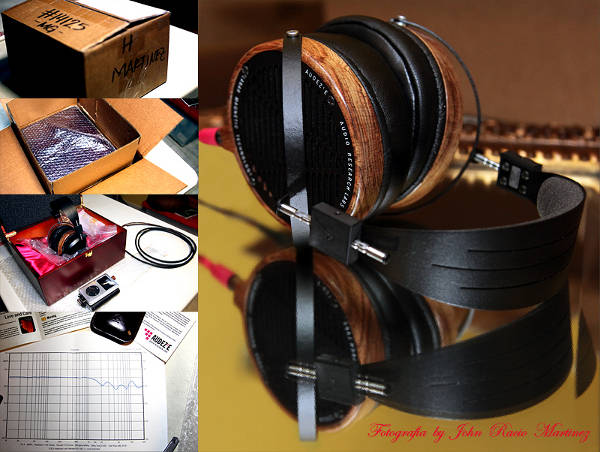 Driving the LCD2 is quite easy considering the fact that it is more sensitive than the Hifiman orthos. The NFB-11 is said to be a bit brighter than the NFB-12 hence the not-so-good synergy with the the HE-5LE so I reckon this would pair well with the LCD2 which is said to be the darker headphone. Comparing it with the HE-5LE, it is way easier to drive since I need to reach around 12 on the dial to get the sufficient volume while on the LCD2, I only need to get up to to 10 on the dial to obtain the right listening levels. High gain setting on the NFB-11. Coming from Grados and Hifiman, I hope these cans won’t disappoint.

Listened to my first track and then…These cans sound dark.

Paused the track at around 5 seconds of listening and thought I should prepare myself to be disappointed and regret I ever bought one. Then I turned it on again to continue and slowly pleasant surprises were on the way.

I have been interested in mids for quite some time now and of all the headphones I owned and tried, the LCD2 has the best mids there is. Smooth and meaty just the way I like it. A bit better than the HE-5LE in terms of resolution and detail. I might need a better amp and source to further assess the difference. On the Acoustic Alchemy tracks, soundstage is wide enough to feel the sound traveling on a wide space of air. Instrument separation is superb its almost possible to determine where each instrument is located, cellos on the right, bongo drums on the left and some background electronic keyboards on both channels and more. It seems the detail-oriented Sabre ES9018 of the NFB11 is a nice complement to these cans. Very nice indeed.

One thing I missed on my HE-5LE upon having the LCD2 is the higher end sparkle. It could be the sibilance issue coming in but I like it to a degree. It is just that it becomes a bit fatiguing the longer it stays on your ears. With the LCD2 there’s a bit of roll off in the top end but that’s one of the reasons why I wanted to switch to these. It is more fun but controlled. No trace of confusion when you worry about instrument placement as opposed to the aggressive Grado 325is. Filipino diva, Nina is portrayed by the LCD-2 in an extremely enticing manner with realism in abundance. So much so you can actually hear every time she takes in air when she sings and of course no ear piercing highs when she raises the notes to the top of her lungs. That’s good news to me.

When it comes to the bass department, this is where the LCD2 falls short of the Hifiman orthos. It is a love-hate affair. The LCD2 has a nice bass slam to my ears that I haven’t had before. But the Hifiman orthos HE-5LE and the HE-6 goes way deeper than this. It is especially noticeable on “The Storm” by David Chesky when you listen to the thunder in the background. I didn’t even need to analyze these to notice the difference. I just heard it there and then. If one wants bass slam and punch, the LCD2 would be a very good choice. If one wants a bit more neutral SQ with a deeper bass coverage, it is the HE-5LE or the HE-6. Or you can have both because Hifiman and Audeze truly complement each other when it comes to the sound characteristics.

Either way, you won’t lose, each of them is the some of the best headphones around at the moment.