This review covers the Grado Reference Series RS1 which is a high-end open-back circumaural headphone designed with a mahogany housing and a 50mm driver. It is priced at $695.

Disclaimer: The Grado Reference Series RS1 was sent to us in exchange for our honest opinion. Thank you to Grado and 4ourears USA for giving us this opportunity.

You can read more about other Grado products we have featured on Headfonics here. 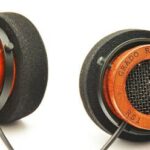 Grado Reference Series RS1 Review
The Grado RS1 is a reference in its own right. Why? Because it makes any kind of beautiful music sound even more beautiful. That alone is a talent very few headphones have. It's not picky at all, and as such a lot of people will grow fond of the sound these mahogany masterpieces make.
Slide here to add your score on the gear!17 Votes
8.5
8.5
Reader's Score
$695
4OurEars

Three odd years ago these marvelous cans were considered the cream of the crop from Brooklyn-based audiophile headphone house Grado Labs.

Even on their very own website, Grado stated that these are the top-of-the-range masterpiece of the Grado collection. But thanks to a marketing term we call product diversification, it was only a matter of time until the arena churned out four-digit cans from various headphone brands.

Before the world knew it, the mahogany-clad RS1 was relegated to a third-place position, behind the bigger GS1000 and hybrid PS1000.

But I could not pass up an opportunity to own a pair of these headphones. I started with what most people initially get as a starter Grado headphone–the SR80 (now the SR80i), and just like everyone else, stood witness to a revelation that is full, frontal, and aggressive.

Then a chance came to procure one of the Grado unicorns, the HF2, and I bit it harder than an infant getting its first shot.

I thought my journey would end with the HF2s. I mean, they had struck a good balance between the most often mentioned downside to the Grado house signature: forward midrange and tight yet weak bass impact.

The HF2s had low frequencies in spades at the price of the high-end extension. Add to that the fact that I’ve read reviews of the RS1 signature being too fatiguing, though in a different way than the top of the line Prestige Series SR325 (now SR325is).

Yet once again the gates of headphone heaven (or was it hell?) opened up and bestowed upon me the Grado Labs RS1, and it is indeed a sight to behold. At the time of the release of this iteration of RS1, Grado had just decided to remove the ubiquitous button native to all RS1s, but kept the square rods, only to be changed to circular ones in the next version.

The dark stain of the wood cups says very little about how they sound, however the nature of the material (mahogany from trees grown in Brooklyn) gives clues to an “organic” sounding pair of transducers. The surprisingly lightweight of these headphones tend to make first-time listeners downplay the imminent shock of their lives.

The King Midas of Headphones, save for one important genre

The Grado RS1 was the pinnacle of the entire Grado family, and I still believe it is. The two models that succeeded the RS1 played with a new element that turned out to be a waterloo, and that’s the extended soundstage.

Stepping back, the top Reference Series headphone has a wide enough soundstage to accurately picture yourself inside a stadium good for 100,000 people and more, yet you’re standing right in the middle of it all. On the stage.

It does so many genres justice. Guitars, whether acoustic or electric, sound delectable enough to elicit a spine-tingling sensation. Drums are sensational, with every single strike being accounted for and melting into one complete rock experience.

The RS1 can do rock, jazz, vocals, pop, metal, electronic… It’s all mesmerizingly realistic and upfront that you will not doubt one bit that you’re in the performance itself. But it too has one flaw, and that is classical/chamber music.

Something is missing from the feeling of being enveloped not only by the instruments but by the room itself; sometimes it’s much better to be sitting in the back, and not front and center. 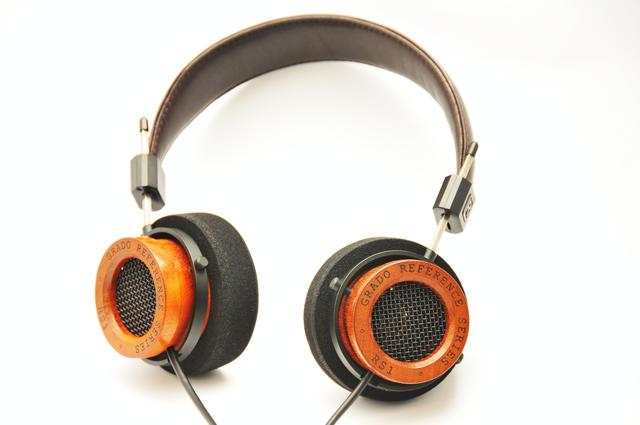 Regardless of what you listen to and where you listen out, the RS1s perform the simplest of tasks: sprinkling the best chocolate on top of your music and making it sound awesome. Aside from the most luscious midrange I have ever heard, it possesses the deepest low-frequency response and the ability to sparkle high enough never to miss a single beat.

With regards to presentation, it harkens to the forward and aggressive sound of the Prestige Series but is so refined and crystal clear that identifying instruments in a particular performance is a cinch. Now I really know why they’re so light: that’s because when you eventually involuntarily bob your head to the music, they don’t easily fall off.

The RS1 was not without a fair share of competitors, or otherwise known as “sidekicks” especially in most headphone collector’s dry boxes.

Sennheiser had its HD650, which was the ultimate in dark yet encompassing and intimate sound. It can be considered the RS1’s opposite. AKG had the K701, hailed as the most natural and thus accurate sounding headphone.

Compared to the RS1 though, the AKG was rendered boring, overly sibilant, and exceedingly detailed. 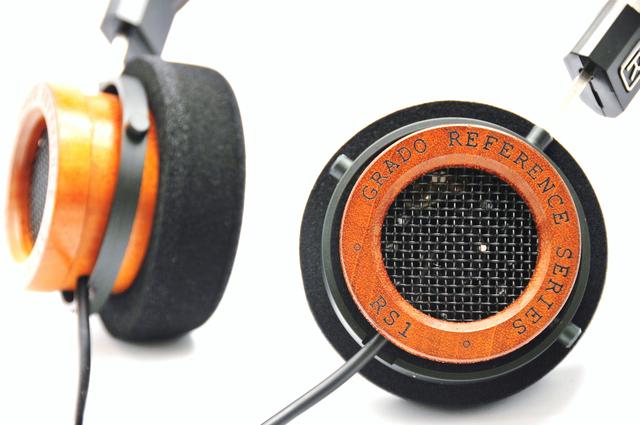 There are many headphones that claim to be of reference quality and expounding on that, there are many interpretations of what “reference” truly means.

For some, it may mean being true to the sound that came straight from the sound engineer that did the final recording. Others may define it as lush, palpable, and realistic. Still many more call reference the benchmark in doing comparisons.

The RS1, though, is a reference in its own right. Why? Because it makes any kind of beautiful music sound even more beautiful. That alone is a talent very few headphones have. It’s not picky at all, and as such a lot of people will grow fond of the sound these mahogany masterpieces make.