Leaving the looks aside the VK-1 sound is all about musicality more than any sort of precision hearing experience. It is unabatedly dark yet surprisingly clear and accurate in its tonality. It possesses a very smooth and clear mid range, a excellent bass response that neither bleeds nor underwhelms and slightly recessed treble that display minimal harshness or sibilance. The tuning on the VK-1 is pretty top notch for those with sensitive but demanding ears looking for a closed on ear portable headphone and displaying none of the obvious imbalances I found on the On-Ear Momentum or the heady bass dominance on the V-moda M100. It is not as expansive or articulate or fast as say the K500 from AKG but the AKG’s bass will feel anemic and thin compared to the weightier response of the VK-1’s bass.

The mids on the VK-1 are perhaps some of the clearest I have heard in a closed can outside of the K550 and given the K550 mid to upper leanings that is some compliment since the VK-1 possesses a fairly potent bass response that doesn’t bleed or overpower the mids. I am reminded in some ways of how the Amperior’s metal cups, for me, cured the ills of some of the HD25-1 II’s plastic shells in terms of reverb, allowing for a much more controlled and refined reproduction over it’s older sibling. That mid-range clarity for the VK-1 gives it a much more competitive multiple genre flexibility that the Amperior alluded to also when it came out in 2012.

Hats off to Aedle also for managing to squeeze out a larger than average sound stage with above par imaging and good depth. This is not the fastest headphone in the world though. The recessed treble can give a somewhat duller top end than some other headphones and the bass is not the most agile but for a dark closed headphone it doesn’t struggle to breath and express itself on multiple genres unlike say the Aiaiai TMA-1 which comes across as quite one dimensional in comparison. Vocals are especially well controlled with great detail and thankfully sibilant free, acoustics sound wonderfully expressive particularly on some of my favorite tracks such as “Blue Does” from Blue October which adds some nice controlled vocal harmonics and some delicate percussion without ever feeling too busy or congested. 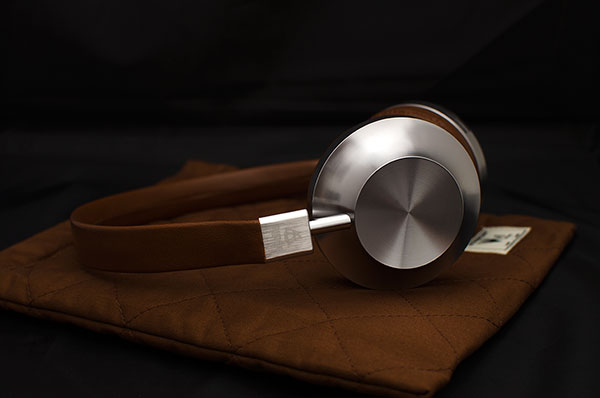 The VK-1 is easy enough to power from just about any source but the higher the quality source you have the more you are going to benefit from the match. Its dark, yet smooth and clean tonality works pretty well with both the DX50 from Ibasso and the Ak100 from Astell & Kern with the edge going to the cleaner AK100 over the darker DX50 on this occasion. I tried it also straight out of my S3 and also with the FiiO E18 attached and whilst the S3 did an ok job the E18’s more spacious and cleaner quality give it an added dimension over the S3’s sound stage which was a bit thinner sounding. Pairing with the VorzAmp Duo amplified a little mid-treble peakiness that didn’t quite gel with me and for once the Vorzamp, that I so much love, didn’t get an automatic win. Things returned to normal with the more neutral JDS Labs C5 giving a much more natural and controlled sound but with a slight loss of bass slam in favor of stronger details.

From those that I tried, neutral amps seemed to fare better, either from a source or amp, than colored or warmer amps but overall the VK-1 does benefit and scales excellently with good amping.

Click next page to read about the fit and build..