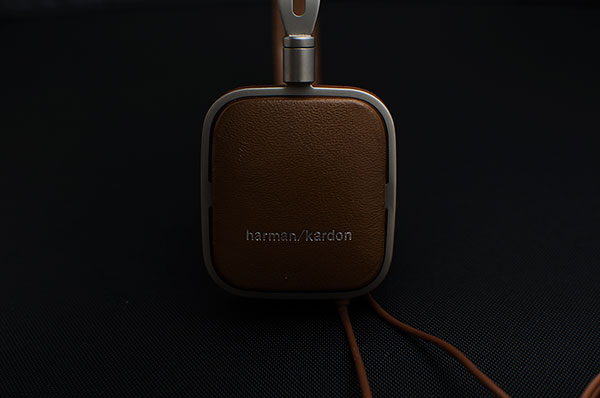 The Soho by Harman Kardon

Last year Harman Kardon released the pleasing CL/BT full size headphone range which we thought was above average with a slight tilt to the bottom end and warmish mids but a little restrictive on the top end. They look great though and not too dissimilar to the Bowers & Wilkins P5 though bigger and overall a more engaging tonality and sound stage. So now HK decided to bring out the Soho, which is sort of a junior CL and very much in line with Bowers and Wilkins P3 making this pretty much an audio and styling face-off for roughly the same target market.

And junior is pretty appropriate as the Soho design looks pretty much like the CL only a few sizes smaller with the only major difference in the switch to an external metal headband and leather support to a singular leather encased headband for the Soho. Where the Soho largely differs in the greater consumer angle with multiple color schemes (black, brown, white) and an accompanying plastic square carry box with felt fittings for the headphone itself to be packed into on the go.

There is a more than a whiff of femininity about these cans – the target demographic does feel more female than male, especially with the white version and those crusty old male reviewers complaining that the box was a bit big or inflexible really should get out more and inspect a woman’s bottomless pit of a bag as honestly this is exactly the kind of case that goes into some handbags with room to spare. It is not unattractive actually – everything is very well laid out and not too dissimilar to the way AKG packaged the K3003 with the felt designed innards and small cloth holder nestled neatly in the lid of the case for holding the spare cable.