The PLB is rated at 19 ohms and 118dB sensitivity so it’s quite an efficient IEM and doesn’t need a huge amount of amping to get it to sing nicely. Voltage requirements are hardly significant with most sources happily driving the PLB in low gain mode. Smartphones such as the LG G6 had no issues either.

As always with these type of BA designs, noise may be a factor in whatever amp you choose to use be it DAP, portable etc. Some higher noise floors can be detected such as the FiiO X5iii in low gain though it’s not terribly distracting. Shozy’s Alien gold edition is another offender but that is hardly surprising, so much so we didn’t even bother to put it in the table. DAPs such as the DX200, X7 Mark 2 (AM3a) and the Opus#2 did not exhibit any noticeable noise and the budget Cayin N3 was also an excellent noise performer with the PLB on low gain.

Pairing wise it is not always the neutral pairing that is the best with the PLB and its stock cable regardless of its thick note and full flowing low end. The best pairings actually ended up being those with either excellent dynamics to extract the maximum detail and control or an aggressive impactful signature such as the Cayin i5 or even the N3.

Particularly with dance, pop, R’n’B the latter two DAPs were more adept at showing off the PLB’s forward bass and full sounding vocals than other pairings such as the X5iii or the DX200 with the Amp 1 card. These tended to be just a little too laid back or more neutral in the final sound even if the DX200 offered more detail with its 3.5mm single ended output.

Perhaps the most significant pairing, at least for me anyhow, is the cable. The stock cable is a copper variant and quite sluggish and lacking in dynamics compared to some of the higher end cables on offer.

Cables such as Effect Audio’s Thor II silver Litz and ALO Audio’s SXC24 SPC variant are excellent matches for the PLB for two reasons. The first is the additional injection of dynamics into the PLB signature helping to tighten up its transient response and the bass performance in general. It is still full sounding but they both take a little off that softness and inject a bit more definition and control.

The second is the weight in the lower mids is not so thick sounding with some of that warmth stripped away producing a cleaner attack and a better instrumental separation making the PLB a bit more amenable to rock and metal.

A further option that significantly enhances the dynamics and control of the PLB is to go balanced with your cable choice. Star performers include the Whiplash Twag V4 (silver Litz 22awg) with its quick paced but refined character, combined with the huge 6Vrms output of the DX200, clean off a lot of the weight in the lower mids and produce a very spacious and fast paced signature. It also tones down the mid-bass impact a little, increase treble presence and produces something a little less colored and more even sounding. 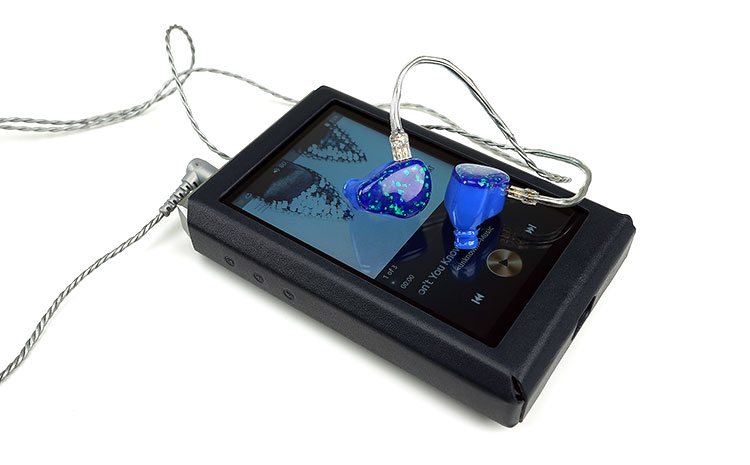 The IT03 is a hybrid single DD, double BA design priced very competitively with a lot of fans of its robust dynamic sound and very competent if slightly wild treble response. It’s rated at just 8 ohms and 107dB but it does require more juice than the PLB to be driven efficiently. Weaker amping also tends to give the IT03 a rougher edge on its treble performance which for me is right on the edge of spectacular and irritating.

Both are inherently fun sounding signatures with robust bass responses however the hybrid nature of the IT03 means you get a more natural sounding bass delivery with slightly less warmth combined with IT03 bigger upper bass to lower mids dip. The IT03 gets its power more from its sub-bass rumble than midbass and lower mids warmth so it has a bit more depth than the PLB. No doubt on EDM the IT03 hits very hard and a lot deeper but at a slightly slower pace.

Vocals on the PLB are also a little more forward and cleaner sounding than the IT03’s vocal performance which tends to come across as a little leaner sounding. Guitar work and lower mids instrumental notes generally are leaner and lack the same level of warmth and body as the PLB but can sound a bit more spacious and not as soft sounding.

It also has a more forward and extended treble signature than the PLB which is a bit more laid back post 5-7k. One thing I did note, but only with a change of cable to Twag v4 silver litz was the slightly harder more brittle sound of the PLB’s upper mids and lower treble. When switching to the EA Thor II it became a lot smoother as did the IT03 so watch out for cable change-ups.

The Sage is rated at 30 ohms and around 155dB efficiency though this is the best guess as Noble do not release their data to the public eye. In terms of efficiency though it does require a little more voltage than the PLB making the PLB the slightly more efficient of the two (119dB and 19 ohms). The PLB though is a little more sensitive to noise out of DAPs such as the X5iii.

Tonally the dual BA Sage is cleaner, brighter with more energy and focuses on mids and treble more than low-end heft which is more linear sounding. The PLB is almost the exact opposite with a design focused on bass fullness, warmth, and depth. The PLB is the thicker sounding of the two with the Sage sounding light and lean in comparison.

Both have good vocal presence though the Sage is much better for lower mids clarity and has a tighter grip on guitar work and superior instrumental separation. Staging wise the PLB projects a much bigger presentation though I find the Sage’s imaging to be top notch as well as slightly more headroom and air.

The Sage overall is more suited to acoustics, light indie rock, and mid-focused genres whereas the PLB is really tuned much more for modern pop, RnB, and some EDM.

The Soranik SK1 is a single BA driver rated at 20 ohms and 109dB so it should not require significant voltage to be driven well and output impedance is largely similar to the PLB. In most sources, the voltage played out quite similar to each other though I found the SK1 one to be less susceptible to noise from the likes of the X5iii than the PLB.

Both have warmish personalities but the PLB is more forward sounding, more aggressive in its signature with greater depth and impact and more sparkle and articulation in its upper mids and lower treble.

The SK1 is a smooth performer, one of the best single BA’s I have heard outside of the YK1 but it lacks the extension a triple BA config can offer and instead its focus is on being a little more coherent with a deliciously smoother and natural sounding mid-range and outstanding vocals.

The SK1 is not as heavy sounding overall with less note thickness, especially in its lower mids which is where the SK1 is at its strongest. That’s not to say the SK1 is without impact, the mid-bass response is pretty good actually, it just doesn’t reach down as deep as the PLB. 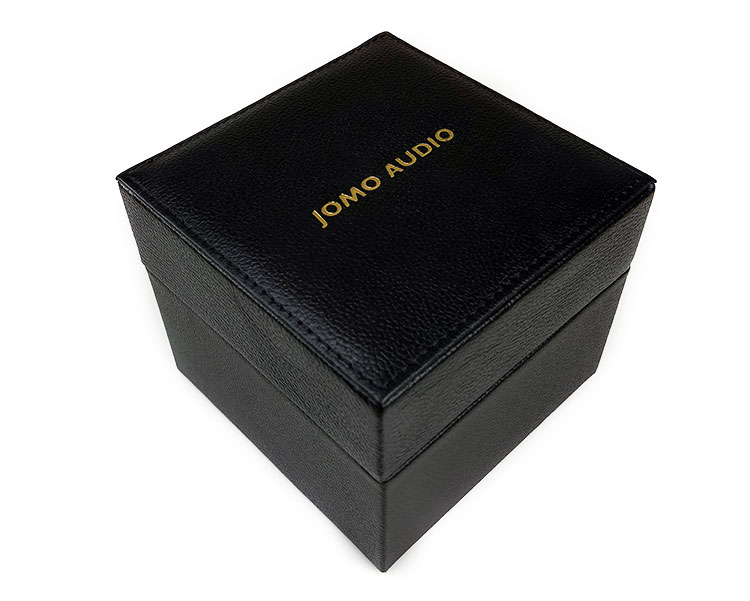 The Pretty Little Beast is a left of center release from Jomo Audio and it does show that Joseph and the team are dissecting their potential audience carefully in terms of listening preferences. After reviewing the 6R the PLB is like a 180 in terms of tonal signature. It is made for the discerning consumer, the iPhone guy with maybe a Mojo in tow who likes to slap on some modern dance and R’n’B and doesn’t care too much for binaural recordings.

To that extent, the PLB has achieved its goal with a warm full sounding signature that is easy on the ear in many respects and delivers excellent slam for a 3 driver BA design. It is also packaged really nicely and certainly an eye catcher for those that are looking something a bit different.

The caveats? Change the cable and dump the dual flange tips and upgrade to something with better dynamic range and a cleaner response. The supplied tornado tips will do the job nicely but if you want my advice then replace the dual flange with Symbio tips which will do much the same as the tornado but offer a slightly smoother upper mids to lower treble response at the crossover point.

The supplied cable is also a bit mushy sounding to me and doesn’t get the best out of the PLB. Effect Audio’s Thor II and Whiplash’s Twag v4 will give it a significant upgrade in both dynamics and clarity.

Overall a solid offering from Jomo Audio with a widely appealing consumer tonal profile that should reach out beyond their traditional audience.