The V2 Maestro is a 20 ohm 109dB CIEM so it is not as sensitive as say the VE6XC which is also 20 ohms but with a much higher sensitivity rating of 120dB and the 64Audio A12 at 16 ohms at 116dB. Both of these flagships are far more efficient than the Maestro V2 which does need a bit of juice to get going much like the V1.

By way of contrast, the VE6XC runs comfortably at 35 digital steps in low gain on the X7/AM3 pairing compared to the Maestro V2 which hits its sweet spot on low gain closer to 65-70 digital steps.

The more energetic and dynamic profile of the V2 might have you dropping a digit or two volume-wise but nothing significant and entirely down to individual tracks gain setting and the amp/source in use. The payoff, of course, is that the Maestro V2 is far less affected by inefficient amping (within reason) and will exhibit far less noise on most quality sources and amps. 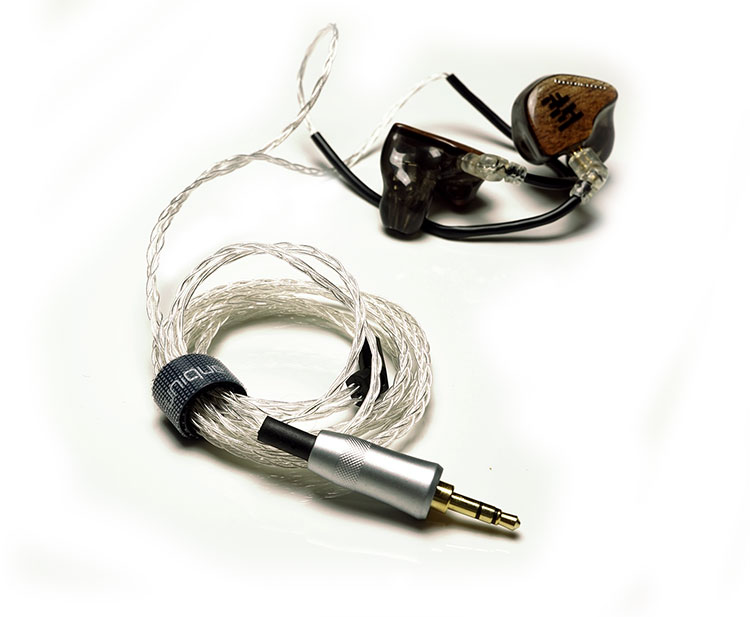 Tonally the AK380 was the most natural-sounding pairing with the V2 out of the 5 DAP’s tested (unbalanced). Vocals on the 380 were a touch smoother with a softer attack compared to the more neutral-sounding AK240. Given the V2 more forward vocal stage some might prefer the AK240’s cleaner presentation whilst others might opt for the thicker and warmer sounding 380 signature. Ultimately it might come down to the type of vocal you are used to listening. Thick husky female vocals I preferred with the V2/AK240 whereas edgy ethereal higher-pitched vocals were more enticing on the AK380.

The bass weight with the AK380/V2 was slightly heavier with better texturing and a slightly more musical lilt over the linear AK240. In truth, the AK240 bass is excellent with plenty of snap and speed but if you want something with a touch more body than the AK380 delivers it. It is not i5 levels of bass boost, this pairing will now slam as hard as the i5 but it does sound incredibly refined with the V2, offering a more coherent stage than the i5.

The AK240 gave a cleaner slightly flatter and more neutral signature with the V2. Bass was pulled back slightly with a greater emphasis on the V2 midrange and treble response. More intimate and detailed orientated genres tend to really perform on the AK240 and combined with the V2’s more forward and thicker midrange this combination is excellent.

Vocals on the AK240/V2 pairing where super accurate and very clean. I actually preferred the AK240 vocal for its slightly cleaner and brighter response over the softer AK380 pairing. The slightly darker V2 signature works very well indeed with the AK240, unlike the original V1 whose brighter signature sits much better with the AK380’s warmer tonality.

The Paw Gold/V2 pairing sits somewhere in-between the AK380 and AK240 with a slightly softer sound than the AK240 but cleaner and slightly brighter sounding than the 380/V2 pairing. It is an incredibly transparent natural-sounding DAP and the V2 simply laps it up, especially with its very spacious staging and superb imaging. The Paw Gold really pushes the V2’s staging to the max with superb depth to its sound.

Treble on the Paw Gold/V2 pairing is natural sounding and slightly laid back in comparison to how the AK240’s slightly more energetic top end when paired with the Maestro V2. Both are still incredibly detailed so it’s just a question of personal preference because both technically are spot on in terms of micro-detail reproduction at the top end.

Personally, I found the V2/Paw Gold pairing slightly more endearing and easier to listen to for standard rock numbers such as Queen and U2 over the AK240 which tended to excel more with acoustics, jazz, and easy listening. The Ak380/V2 seemed to work better with EDM and metal, given its warmer hue and heavier low end.

A dark to neutral DAP to a dark to neutral V2, hmmm. Well, actually this sounded much better than I thought it would. It has some excellent depth in its staging, vocals are clean though slightly more sibilant sounding than the Paw Gold or the two AK DAP’s and treble was very articulate and detailed.

Bass was very well planted and solid sounding, certainly heavier hitting than the AK380 and not as warm sounding to boot which I tend to prefer. Genres such as industrial metal and EDM sounded much more authoritative on the ZX2/V2 low end with plenty of slam and depth. You can elect to warm it up a touch with Clear Audio+ (Sony’s EQ) but it does push back mids a little too much on the V2 which negates any of the gains over the V1 in terms of midrange prominence.

Having said that, even without the EQ, the Sony ZX2/V2 pairing doesn’t quite have the vocal smoothness and clarity of the AK or Paw Gold pairings. Also, the V2 treble extension takes a bit of a hit with the ZX2 in comparison in terms of control and refinement.

The X7/AM3 in unbalanced mode is very competitive indeed with the V2 pairing compared to the flagship DAPs. It has an easy-going but clean tonal presentation but with just enough brightness not to pull the V2 down into something muddy and a more solid bass heft than either the Paw Gold or the AK240. It’s not as warm sounding as the AK380, nor as soft in the attack either but both have similar levels of bass elevation.

Where is pulls up the rear with the V2 is the slightly grainier and harsher sounding vocal performance compared to the AK240.  That is a very contextual statement because on its own the X7/v2 sounds very good indeed with a natural and flowing vocal performance but you can just hear some slight sibilance a few times more than the AK240 or Paw Gold which sounds wonderfully controlled with the same tracks. 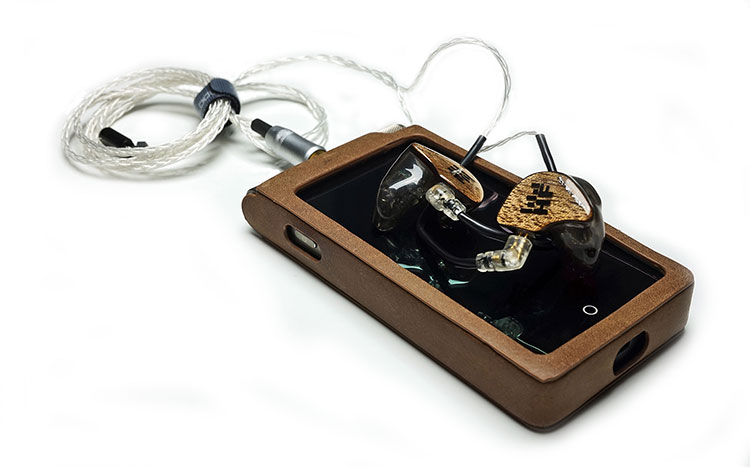 This 20-ohm 20dB custom is a lot more efficient than the Maestro v2. On both the AK240 and X7/AM3 pairing its volume parameters sat roughly 20-30 steps lower in low gain mode than the Maestro V2.

Tonally the VE6XC has a slightly more neutral and flatter presentation with a similar forward vocal presence and an airier top end. It also has a wider soundstage than the V2 but has slightly less depth than the V2 which has a heavier and more weighted bass response. Both have excellent detail and clarity but the V2 has that slightly darker and thicker note than the VE6XC so it sounds a touch smoother overall but not quite as tight and speedy as the VE6XC.

On the flip side, the V2 is the more forgiving of the two CIEMs with treble happy recordings where the VE6XC can sometimes get a tiny bit bright in performance with its slightly more forward nature. It is not a night and day tonal difference because the VE6XC is stellar but I do find synth or ‘percussion-happy’ rock tunes have a bit more weight with the V2 Maestro that I find more satisfying.

The A12 is rated at 16 ohms and 116dB and much like the VE6XC it also more efficient than the Maestro V2 with volume parameters coming around 10-15 steps lower on the AK240 on low gain mode.

Tonally the A12 is warmer than the VE6XC and with a stronger low end but it is not as authoritative as the V2’s more muscular low end. Both have excellent low-end texture and depth but I find the Maestro v2 to have better sub-bass performance, (though with a longer decay) over the A12 which is slightly pacier and lighter in comparison. Mids on the A12 are more open and spacious than the darker sounding V2 but vocals sounded smoother and more controlled on the V2, particularly for female vocals.

Treble on the A12 is also laid back but it has a tiny peak on the lower treble which gives it a slightly forced perception of clarity compared to the darker but smoother treble performance of the V2. I actually find the V2 treble response to sound just that bit more natural and less brittle than the lower treble of the A12.

That’s unusual for me to say that because more often than not I have been a keen advocate of the A12’s laid back treble as being quite smooth but it does react to cable changes and with a Twag v4 cable the A12 does come out of its treble shell a whole lot more so you do tend to notice that little lower treble peak. In saying that it is a very mild peak, just not as smooth as the V2 Maestro’s treble. If you want to dull it down just stick the stock cable back on but be prepared for the rest of the FR to take a hit also.

The Stage 7 is rated at 21 ohms and 188dB but it is far less efficient than both the Vision Ears VE6XC and the 64Audio A12 and much closer to the Maestro V2 in terms of volume requirements. Typical parameters of the Stage 7 is only 10 steps below the V2 Maestro on low gain.

Tonally, the Stage 7 is a warm signature compared to the darker Maestro V2 but it is a clear step down in terms of resolution and clarity. Some of that can be attributed to the driver count in the Stage 7 at 7 per shell compared to the V2 Maestro’s 12 per side but that only tells half the story. It is really down to the tuning and here Rhines didn’t get it quite right for me with a far more veiled and closed in presentation than I would like for a flagship CIEM.

The Stage 7 has an overly boosted upper bass and lower midrange which muddies the presentation in comparison and throws a veil over an otherwise decent sounding vocal performance. EQ that lower midsection down and the vocal response of the Stage 7 sounds quite natural actually but that is a lot of fiddling to get a supposed flagship to come close to the V2’s already smooth and clear vocal performance. Treble on both are relaxed and slightly laid back, however, the Stage 7 treble just sounds too rounded, too blunted, and lacking in resolution and coherence compared to the V2 Maestro. 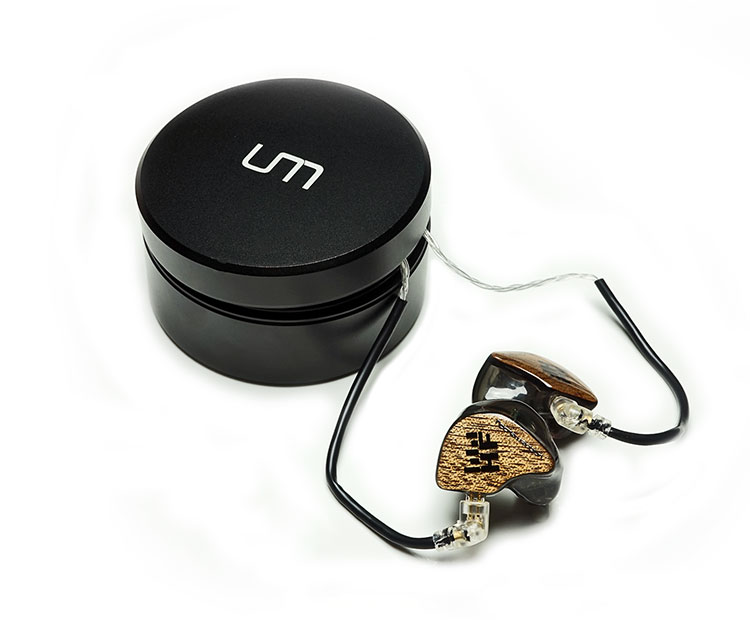 The Maestro V2 is actually quite a serious reworking of the old V1 sound. Gone are the more neutral midrange and the sparkling top-end of the V1 and in comes a darker, heavier hitting smoother sounding V2. They are very different in approach yet both are equally detailed and technically very good. The choice is simply down to preference for me personally.

Those looking for something just a little bit more rounded and more adept at modern rock and pop genres will appreciate what Unique Melody has done with the V2 though I dare say the treble head fans of the V1 might miss the slightly airier more forward treble signature. Personally, going back and forth I ended up gravitating more to the V2 presentation which sounded just that little bit more natural particularly in the vocal performance which was very controlled indeed.

The upgraded cable and design are more comfortable and stable than the older design though those with aftermarket cables might want to take a second look to see if their more traditional 2-pin designs are a stable fit as it is quite a different approach. It works very well but it is like starting from new again if you are into cable rolling.

Design-wise it is excellent as always from Unique Melody whom I rate as one of the best companies for materials, choices, and finish. They may not have the eye-popping appeal of Noble or Custom Art designs but the level of craftsmanship is top class.