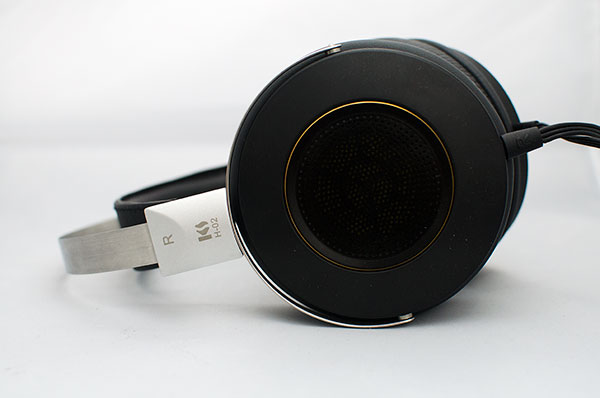 The solid state is the entry level offering from Kingsound sold initially for $800 but now approximately $1000 after the introductory period ran out sometime in August 2013 I think.

The amp itself is a rather compact floor standing amp roughly the same size as my Maverick Audio D2 DAC and externally it feels quite similar in terms of the enclosure build quality. From the pictures in circulation it comes in black or silver and the KS-H1 headphones are either sort of a faded lilac or black. I have some reservations about the KS-H1 headphone in terms of build quality, looks and performance. During playback it had a tendency to “sequel” from time to time and produced a higher than acceptable level of background hum perhaps pointing to grounding issues either with my unit or a design issue in general. The headphone is relatively comfortable though with good sized cups that can sit flat but the pads seemed a little thin for my liking compared to other systems I have tried or owned. The box is also quite nice as well acting as a nice carry case for moving the system around and matches the amp case as well except for the internal foam cuts. 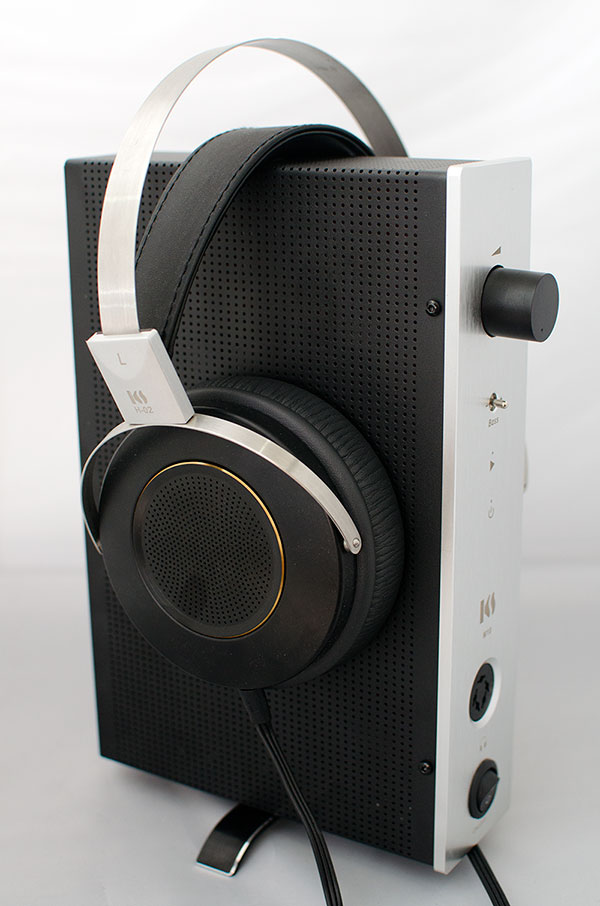 Luckily the newer KS H-02 headphone that came later is more the real deal with more attractive classic cut lines, a proper metal headband, slightly deeper cup and pad though it does not lay flat like the original KS-H1. It still is hard plastic but the gimbles and headband are made of metals and it feels sturdier and also comes in black. No fancy case though but overall the KS H-02 on looks and build is light years ahead of the original headphone.

Moving back to the M-10 amp there are a few features that are worth noting and can cause some confusion. The most salient feature to note is the headphone connector which is the 5-pin Pro Bias variant we see being used by Stax which is normally rated at 580VDC. However the headphone itself is rated at 450VDC meaning sticking the KS-H01 into another pro bias setting at 580VDC may in fact do some serious damage. Therefore the headphone is really only an electrically safe partner for the M-10 or the M-20 unless you know what you are doing with resisters.

The other obvious feature is the bass switch which acts as a bass boost for the regular signal around the 20-100hZ marker which is fairly audible when moving back and forth. Its not the most fluid of switches being more click than resistant and I find myself holding onto the amp front panel when turning it on or off. Its more of a fun feature than anything else due to its obvious coloration at the mid-bass level and it is not that overpowering using the second set of headphones, the KS H-02. 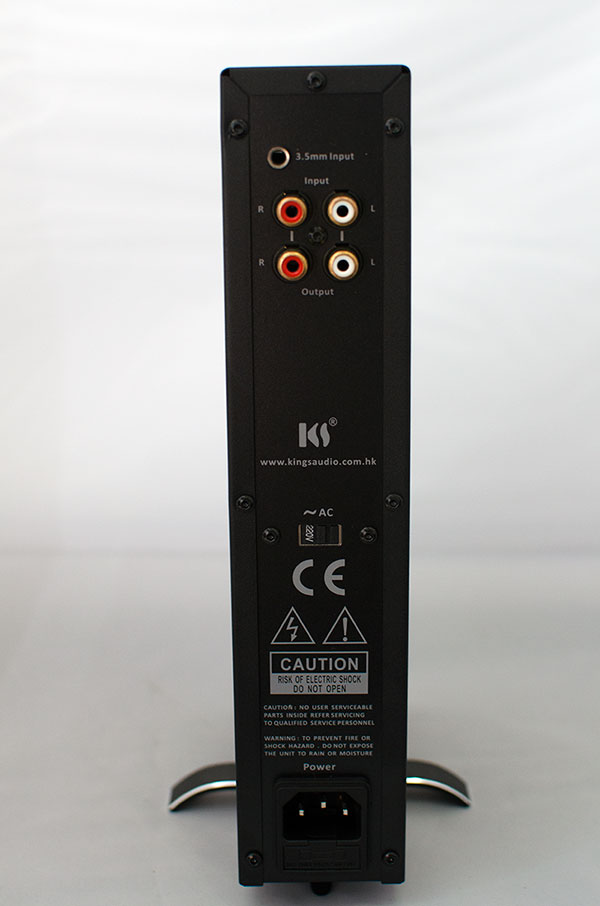 The back of the M-10 is pretty simple state of affairs with a single set of analog inputs and another set of analog outputs with the generic power connector at the bottom. Being a floor stander it also has a swiveling set of stabilizers at the base of the casing that give it a necessary degree of stability. Its quite a small form factor actually compared to some of the previously larger stats amps I have had the pleasure of bedecking my rack and I had no trouble find a space for it on my already busy rack.

When up and running I do have some concerns with the amount of heat generating from the top of the M-10 amplifier. Having peaked inside the amp itself there does not seem to be any true heat sink system deployed and, correct me if I am wrong, the heat is moving right through the PCB itself which in the long run might mean a short shelf life of the amp or some regular swapping out of the resisters and caps. Added to that the volume pot was scratchy and not entirely noise free on rotation on my second unit suggesting either dirt or dust, a soldering issue or a somewhat low quality variant of the standard Alps pot we are so used to seeing in well built amps.