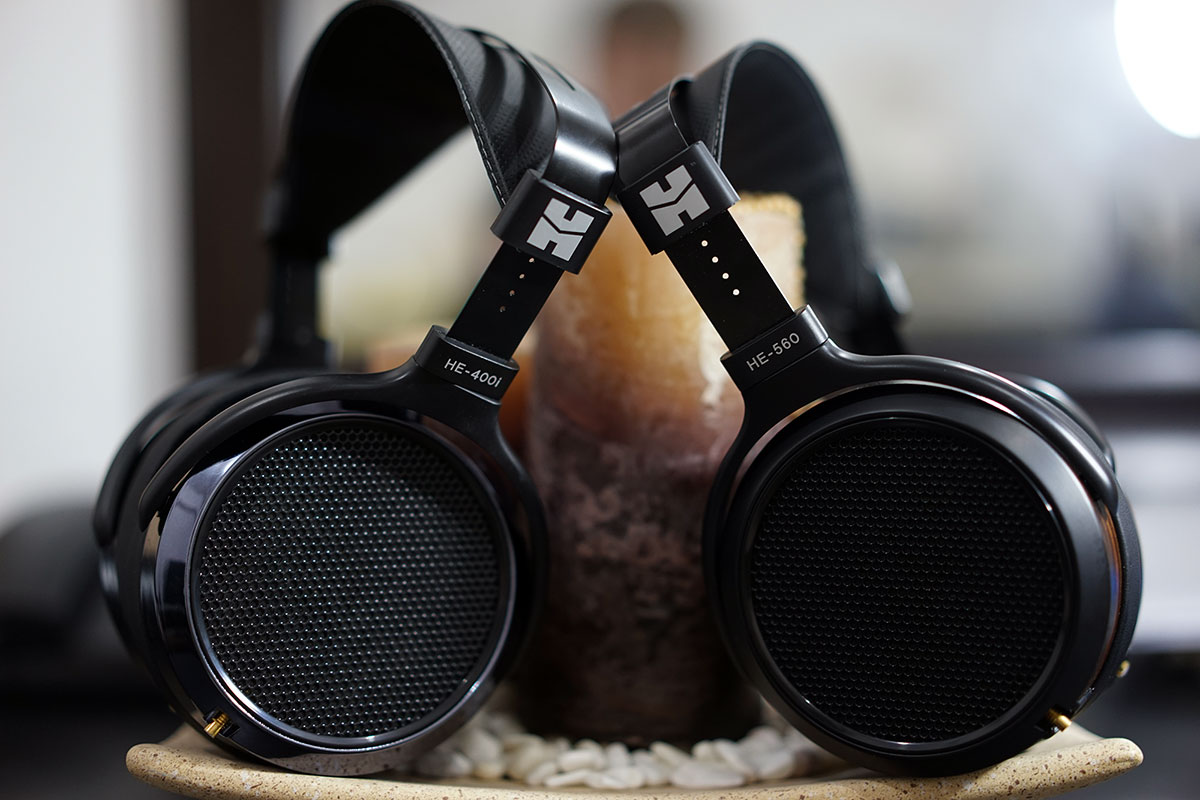 My HE6 is still a headphone I love to sit back, relax and listen to but only after years of trying to find something that would smooth out that lower treble and warm it up a bit. Good amping and good matching was and still is essential for the HE6. Heck, even the old HE4 causes major decision-making sessions on what to match it with and how to get it to perform at its best. More often than not most people just opted for the warmer and smoother tones of the HE500 as their Hifiman end game headphone due to its comparative driving ease until the HE400 came out and split the camps into bass heads and audiophiles (crudely speaking).

Luckily the HE400i and HE560 come right out of the box with a much more enticing and engaging personality than before and as such are much easier to match up to a various mix of amps and sources. The HE400i is the more efficient of the two, the shorter right-angle 3.5mm terminated cable is indeed a bit of a giveaway that the HE400i was seen as having a lot of portable potential. It is still not the most highly efficient driver at 94db but modern day DAP’s are increasingly powerful and a lot of portable amps are planar ready now at very low prices.

Top Of The Food Chain – The Hifiman EF6

That being said both the HE4o0i and He560 sounded at their absolute finest with power on tap from the Hifiman EF6 using my Oppo HA-1 as the DAC (Sabre32) and pre-amp. I have always enjoyed the warm liquid delivery of the EF6 and is one of the few amps that matches absolutely superbly with the HE6. The HE560 is perhaps the most to benefit from the EF6’s power and tonality sounding controlled, smooth and positively brimming in detail. The EF6 and HE560 match is effortless. The HE460i, though perhaps not needing the power, still has much to gain from the EF6 sounding bolder, brasher and more upfront with excellent low-end dynamics. The lusher delivery of the EF6 ensures the treble of the HE400i never gets too tizzy, thin or peaky though doesn’t alter that slight lack of air feeling in top end performance.

The higher levels of efficiency though mean amps like the Magni from Schiit also adapted reasonably well to the HE560 but even more so to the HE400i. The slightly more forward, clean and musical signature of the Magni combined with the already forward and slamming signature of the HE400i are a budget audio match par excellence. Sibilance was ever so slightly more present on the Magni and the background wasn’t as black as well as lacking the same level of resolution as the EF6 but then again it costs a fraction of the price and has enough power to put the HE400i through its paces satisfactorily.

In my review of the CA-1 last year I remarked that it was a stylish amp that excelled best with detail, speed and clarity and is one of our Top 15 for 2014. Matched with the dynamic Just Audio uDAC24-96 it really tightened up the HE400i vocal presence over the Magni with a far faster and controlled attack and decay without any hint of grain or sibilance. The bass of the HE400i fell back slightly which might not suit some but it added a very clean and detailed dimension to the HE400i. The CA-1 was also the best amp in the range tested to deal with the lack of air in the treble region of the HE400i giving a better sense of headroom with its leaner signature pushing back the bass and mids a bit more than the more forward Magni. Power was there also for the HE400i sitting at around 12 noon on the dial.

The CA-1 combined with the HE560 was on another dimension to the He400i though. It does require a bit more power than the HDE400i but not that much however what you get in return is that gorgeous speed, detail and treble performance just soar over without a hair out of place. Now for modern rock and pop this pairing might sound excessively thin, especially in the bass performance and it does sound a little thinner and a little less liquid than the mighty EF6 but switch it to anything that requires the utmost in nuanced detail even at the lowest sounding level it doesn’t miss a beat. This could possibly be my favorite pairing of all for acoustical works, my Sting collection and that beautiful Pacquito D’Rivera “Portraits of Cuba” album I keep wheeling out for the HE6.

Going portable is now possible with the HE400i, perhaps less so on the HE560 but it is not impossible. My take on the HE560 really is that if you want it to soar and sound at its best then only the highest grade portable solution or desktop is really going to work for it. But these days “there are alternatives” as the good Captain Picard would say. 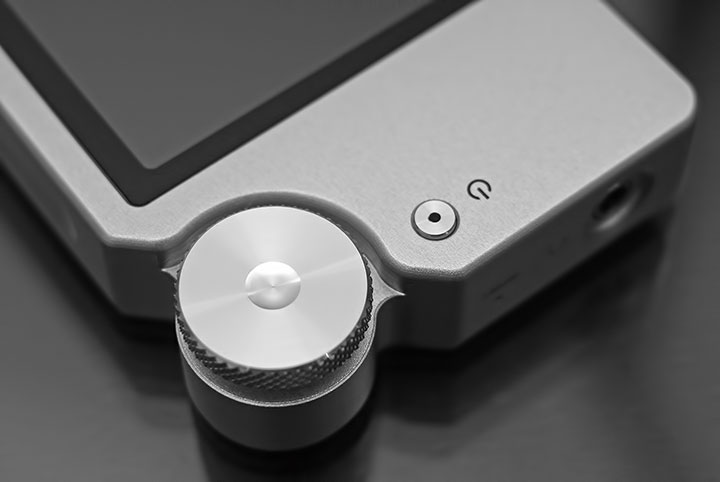 Strike off the DX90 and the AK120 Titan though from your list of HE560 matches. Quite apart from the slight amping power deficiency the AK120 dulled that treble sparkle and felt a bit too closed in compared to the glory of the CA-1 and EF6 desktop solutions. The DX90 performed a little better for me with the HE560 in terms of dynamics and bass response but again that delicate treble got a bit brutal and to started to sound a bit too tizzy in comparison to the desktops. Sibilance on some lossy tracks was in abundance. I wasn’t totally surprised.

The DX90 again had the better dynamic range with the HE400i but the previously warm and engaging tonality of the HE400i suddenly felt a lot colder and harsher especially on EDM which surprised me how much the tonality changed. The AK120 was a better match tonally for me with the HE400i with a more natural performance, especially with the treble response which was neither tizzy or peaky and a far more convincing vocal presence and midrange. The bass still slams pretty good but there is a slight lack of body on the AK120 compared to the desktop amps overall.

What I did enjoy was the pairing with the new M3 DAP from Shanling (review in full end of month) which sounded a lot more natural with the HE560 and had a decent amount of power to fill out the HE560 in terms of headroom and bass response. Vocal presence was excellent with very little sign of unwanted sibilance, good texture and a far more pleasing timbre and tonality than the DX90 and the AK120.

The HE400i paired with the M3 was slightly more efficient allowing me to drop the volume by around 15 – 25% over the HE560. The M3’s smooth but neutral tonal signature did reasonably well with the HE400i but I wasn’t as taken to it tonally as I was with the HE560 pairing. For rock and pop the M3/HE400i top end just sounded a bit harsher than I would have liked or what I am used to with the reviewed desktop pairings. Cymbal work sounded a little over emphasized also distracting unnecessarily from an otherwise good vocal presence.

I wasn’t totally in love with the DAP performance with both the HE560 and the HE400 although the Shanling made a decent fist of it. Both still need a bit more juice to really shine so I went with a few amping choices old and new to see if there was any upswing. 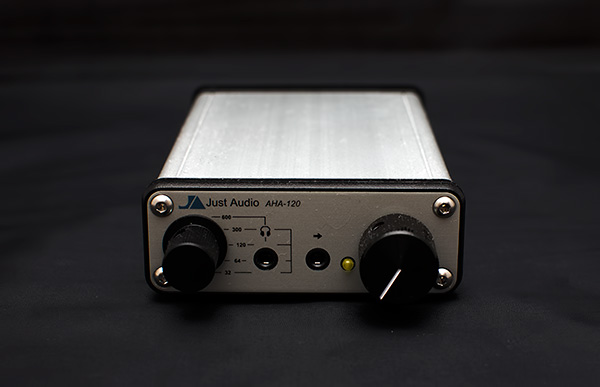 There are some cracking portable amps now that do not cost the earth and can handle planar power. Chief among them at the budget end is the Cayin C5 for me and another of our Top 15 of 2014. Paired with the AK120 and the HE400i it does a great job beefing up the mids and adding an extra sense of dimension to the soundstage. The Cayin brings a lot more “pop” and dynamics to the table strapped to the AK120. This is a sound much more reminiscent of my HE400i desktop amp experience with a thicker bass response and much more convincing and forward midrange. The C5 also paired quite well with the HE560 which gave ample room for the Cayin to show off its imaging prowess and it kept everything in check in terms of peakiness but it lacked the resolution to really let the HE560 treble and detail shine as well as the more expensive amps.

Switching to the Cypher Labs Duet and the clarity levels jump up by quite a few degrees over the Cayin C5. It has plenty of power in reserve and whilst the Cayin C5 and Duet are ‘even-stevens’ for beefing up the dynamic range and bass response the Duet is far more controlled and clearer in the midrange and treble. The Duet paired exceedingly well with the HE560 with a very sweet and smooth treble response that remained articulate and airy, the trademarks of this headphone. Power on the HE560 sat a little higher on mid gain 11am on the dial.

The Class A Just Audio Aha-120

Perhaps my favorite portable amping match with the HE400i/560 was the Just Audio AHA-120. This is an amp that has been out for some time, a slightly larger than normal class A portable amp from the UK that excels in striking a really nice balance between detail and musicality all wrapped up in a nice analog tonality. It is not as clean as say the Duet and it is not the airiest of amps but the level of detail and width on the HE400i/560 is excellent and it adds a very lovely flowing element to the HE400i and HE560 tonality. Power is a breeze also at around 11am on the dial.

If anything I veered to the HE560 pairing with the Aha-120 as having the better match. That analog sound, excellent detail and flowing type of presentation by the AHA-120 added a touch of beef to the HE560 generally leaner signature. Guthrie Govan’s “Waves” guitar work sounded incredibly natural and almost like it was lifted off vinyl with a tiny touch of grain that only succeeded in adding to the retro vibe.

The HE400i and the He560 are a step in the right direction for Hifiman and show a much better appreciation of what the market is asking before than previous models in the range. They have taken the best bits of the HE400, the HE500 and borrow a little from the HE6 in some respects to come out with two headphones that will take center stage in the top 10 of mid-tier and planar headphones overall for quite a while to come. Whilst they share a similar slant in tonality they both have very clear target markets.

The HE400i is for the modern pop and rock lover who wants his bass heavy but detailed and wants his experience to be a highly musical one. It is a pick-up and go experience and a very good one at that. The HE560, being flatter, more linear and more neutral is intended for the more considered listener. This will be a listener who values detail, accurate timbre, and articulation over slam but doesn’t want to move into a monitor like experience. It retains just enough musicality and smoothness, especially in the treble reproduction to be a headphone of choice for late nights, melancholic melodies and absorbing jazz and blues.

Both are now more efficient, more comfortable and address many of the faults of the previous models without ever directly replacing;  instead adding a little tweak here and there to ensure the owners of both get something more than just better bass, or less tizzy treble. Both have character and both are very memorable indeed. Two early contenders for me for reviewed headphones of the year. Unless of course that HE-1000 lands on my desk before Dec 31st, 2015.