Bass has a smooth tonality which contributes to the musicality of these in-ears and extends well into the sub-bass territories. Upon initial listening though, the mid-bass hump presented as a bit muddy with a lack of accuracy but this did subside a little with burn-in. The Fidue A71’s bass does not come across as bass-head level but rather makes for a smooth and enjoyable listening experience. An example of this is the soft rounded impact achieved in tracks where bass is neither aggressive nor overly recessed but aids in the general laidback tone of the A71s. In comparison to the DUNU Titan 1, bass is less tight and less accurate with slower decay speeds but consequently warmer and slightly fuller sounding.

This is definitely a predominant aspect of the A71 signature and at times I felt it matched perfectly with the music and at other times I felt it was too dominating despite its lush and engaging mid section. Source matching with the A71 played a significant role in the performance of the bass. The DX90’s increased dynamics, particularly the added weight on the low end did have a tendency to give a rather enhanced reproduction of the A71 bass response that really wasn’t needed. The AK120 Titan and A71 was a more composed and convincing match. I agree with Smit that it is not an impactful or aggressive bass response but it does have a slow decay that creates an ever present bass response that at times I would prefer to sound a bit leaner or tighter. Lana Del Ray’s “Summertime Sadness” (album version) intricacies got drowned out a little by the bass being too full despite the smooth and present vocal presence.

On the other hand that bass dominant signature is quite apt, deep and convincing for tracks that have a purposeful rhythmic bass response such as Major Lazer’s “You’re No Good” and sounded positively glorious and decidedly addictive on Deadmau5’s “Phantoms Can’t Hang” using the AK120. I guess it is a case of careful matching and I would recommend using a neutral DAP with softer dynamics to get the best out of the A71 bass line.

As a result of the prominent mid-bass hump, clarity in the mids is slightly compromised in bass-heavy tracks. The bleeding of the bass into the lower midrange frequencies was confirmed when I reduced bass presence via an equalizer which subsequently resulted in a sharper perceived sonic image. Nevertheless, the mids are incredibly lush, tone of delivery is very natural and akin to the bass, is very smooth. The midrange here really is the star of the show and presents with a beautiful timbre devoid of any harsh peaks. Compared to the DN-2000, vocals are more intimate and natural sounding whilst still having plentiful clarity.

There is indeed a slight element of bass bleed into the lower mids in the A71 but it really doesn’t take away from a very enjoyable midrange that is very forgiving and natural sounding particularly with vocals. Vocals were sibilant-free on practically on any source or amplification I could chuck at it. This is not a case of purposefully softening the midrange to the point where it sounded syrupy and dull to compensate for any driver deficiencies either. There is decent detail, decent but not amazing separation and a slightly forward upper mid range to ensure the vocals do not get lost. I actually preferred the Shanling M3’s more neutral midrange over the smoother midrange on the AK120 especially on tracks that dialed back on the need for any significant bass input. Vocals just felt a little bit more defined and cleaner over the AK120 which kept the A71 mids a little too smooth overall. 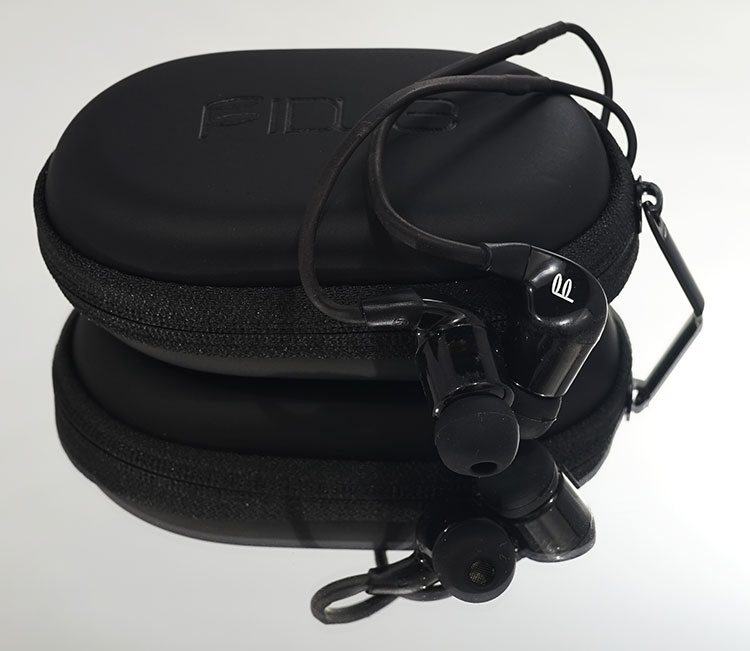 The treble of the Fidue A71 is clear and non-fatiguing but is subdued with a roll-off at high frequency ranges. This may either be a blessing for those seeking a laidback signature or a curse for those wishing for bright treble with endless extension. In comparison to the similarly priced Rock-it Sounds R-50, the A71 falls short in the treble region with less sparkle and detail as compared to the R-50’s ethereal-like high frequency range.

This is very much the opposite of the A83 in terms of treble performance. Fidue this time have opted to tone down the treble signature on the A71 and offer instead a more consumer orientated laid back treble that neither offends nor dominates. On the plus side this is going to yield endless hours of non-fatiguing listening experience and on quite a lot of slower and more ethereal electronic tracks such as Moby’s “Almost Home” I found the treble experience to be rather soothing and enjoyable. On the downside there is a slight veil from the roll off in the treble and that warm tilt in the tonality though might find some more critical listeners struggling to distinguish details or enjoy any sense of added sparkle or detail in tracks with a demanding level of articulation in the treble. Once again the A71’s treble response sounded more present with the Shanling M3’s more neutral character over the smoother AK120 and the more treble muted FiiO X5.

Soundstage is above average with good width and depth. Instrument separation however could be better implemented with some tracks sounding congested due to the bass-levels.

The A71’s dual dynamic driver setup really succeeds in presenting a larger than average soundstage than equivalent BA builds but it lacks a bit of accuracy and as Smit mentioned it can get a bit congested in the lower mids section with the predominance of the bass. For general EDM such as Deadmau5 this works for me personally but for tracks such as Lana Del Ray’s “Summertime Sadness” it got a bit messy even with added width and depth.

Overall, Fidue has created a solid entry-level IEM in the latest of their line-ups. Although a bass-orientated IEM, for me the mids stand out and portray a natural charming signature. With an overall smooth and relaxing tonality, the Fidue A71 are great for long listening sessions and the relatively dark signature aids in this forte. With that said, however, the mid-bass hump could be toned down and the treble frequencies extended to further complement the midrange.

I get a feeling anyone who tinkers with EQ will get the best performance out of the A71. It is for sure a universal IEM for the modern ‘on the go’ bass loving users. It wears its heart on its sleeve without apology and is quite the contrast to the treble maestro A83. I am personally glad that Fidue brought some audiophile sensibility into the midrange and kept it natural, smooth and responsive.

Matching the A71 to most modern DAP’s should be relatively easy as it doesn’t require any serious degree of amplification also. I would state though my own personal preference would be to match it with a DAP that is a little lean on the bass and more neutral in character to just gently offset any unwanted added emphasis on the bass. The DX90 did a great job with the A71 mids but tended to emphasise the bass, unlike the Shanling M3’s more neutral and linear bass response which more often than not matched the A71 stride for stride.

I actually feel Fidue have got the pricing just right with the A71 and it should provide healthy competition to the likes of the Rock Jaw Arcana V2 we reviewed just recently as well as the RHA MA600i, both of which have solid bass signatures and in roughly the same ballpark price wise. 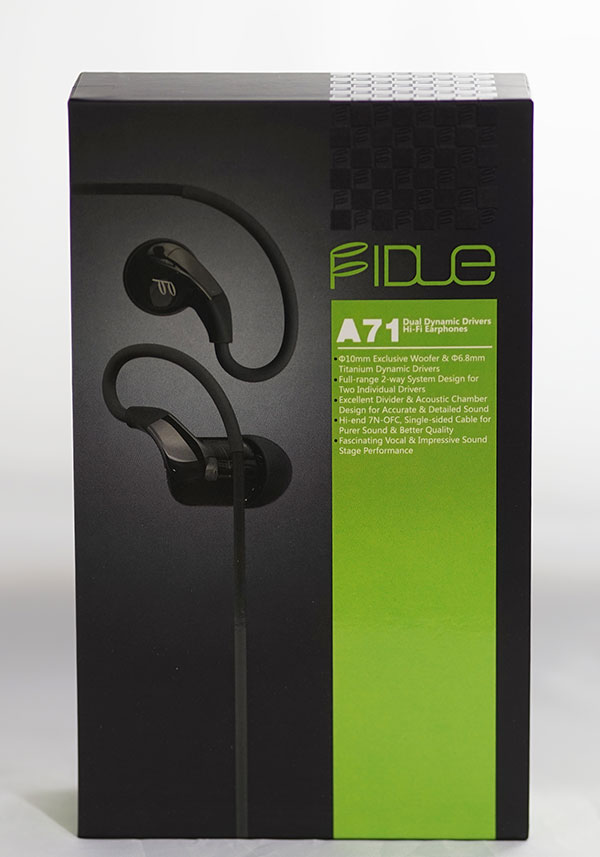