The tonality of each version is markedly different, both at the outset and even after significant burn-in. This is not one unit with two different cables, these are two different tonal signatures and I can tell you now that it’s not a simple case of spending $350 and you expect to enjoy The Truth edition even more with the same setup.

The chances are if you are running both off a generic DAP setup you are actually going to prefer the Answer over the Truth Edition. If you are running it out of something a bit higher-end, perhaps a bit more natural or tonally warmer then the Truth edition should start racing ahead.

Why is that then?

The Answer is simply to put the more forgiving of the two earphones. It is warmer, smoother but less resolving, and less transparent of the two side by side. If you running a midrange DAP or even jacking out of smartphone you are going to gravitate to the Answer but it just sounds that bit more musical.

The Truth, on the other hand, is quite a bit more revealing and transparent in nature and whilst I wouldn’t quite say it’s a neutral earphone it is far more likely to chew up bad recordings and give you a nasty sound right back at you if you do not amp, DAP it or source it correctly.

The Truth in short is the more precise or accurate IEM of the two. If you have highly resolving DAP or even simply a DAP that you just love the sound plus some well-mastered tracks then you are going to hear some glorious realism and some exciting dynamics that you will not achieve with the Answer more instant sound. 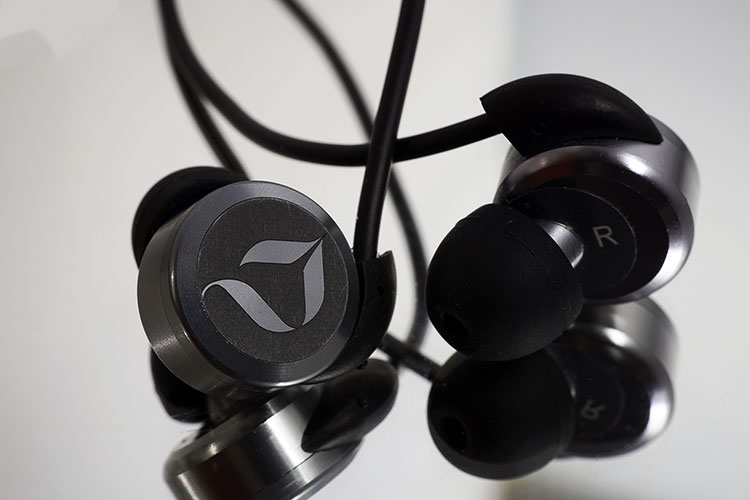 The Answer’s own tonality could be best described as a full sounding warm to neutral signature with a slight emphasis on the mid-bass over any deep sub-bass extension which in itself has a very slight roll-off.

Thankfully the bass response does not bleed into what I would describe as a full-bodied but well-separated midrange that provides an excellent vocal presence straddling between clear, clean, and smooth.

That balance is important for me because I hate dulled out vocals with no texture or detail and the Answer provides a very engaging and detailed vocal presence whilst still shying away from any overly sibilant tendencies.

The treble, though not as resolving as the Truth edition, is airy and well extended with just a little energy in the upper treble to keep it sparkling rather than rolled off. It’s not buttery but it’s more than acceptable and built for long listening sessions without too much fatigue.

Detail and resolution is excellent but not searingly transparent enough to make it terribly edgy and as mentioned this makes it a rather forgiving earphone with most sources. All of this is wrapped in a soundstage that is quite open with particular emphasis on width over depth.

The Truth is going to sound the more visceral, dynamic and resolving of the two tonally when placed side by side with the Answer. It is also slightly leaner and quicker sounding than the fuller Answer, especially in the midrange.

This is the one that will suck you right in but equally could turn you right off if ill-equipped or feed it some low-end hissy lossy tracks on a Smartphone or lesser DAP.

Instead of a gently rolled off sub-bass extension the Truth has a much superior and stronger sub-bass response that extends very deep indeed, displaying all the prowess of what is traditionally a dynamic driver’s core strength. Drums, guitar, anything that slings low hits with accurate and superbly weighted authority.

It’s also a speedier dynamic driver than I expected, still not top BA fast but you won’t get that extension without some seriously complicated multi-driver designs at a much higher price.

It’s not all wham either. The Truths bass texture and definition are excellent, this is not a one-note wonder and you will not find any bloom. The increased extension and quantity of sub-bass also means the Truth provides soundstage with more depth than the Answer and with equal width and space.

Treble on the Truth will come across as a bit edgier than the Answer depending on what you are listening to, or what you feed it. This is the less forgiving nature at full force with the Truth. Unlike the Answers smoother more musical top end the Truth is a bit more strident and accurate though hardly neutral.

The treble on the Truth doesn’t suffer from any roll-off and whilst I would not say it’s forward it is definitely the most revealing meaning crappy sources or inherently bright sources are going to make the Truth sound bright, sharp, and possibly too hot for some tastes.

Yes, the articulation and detail are excellent when on song and they sound incredibly clean, clear, and even more airy than the Answer’s more gentile treble response. This is a treble for detail lovers. 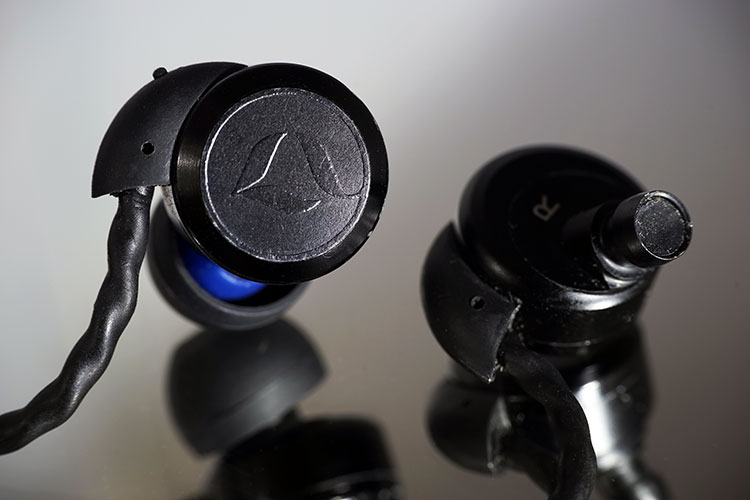 The good news both earphones are relatively easy to drive out of most sources. The bad news is that the type of source you use is much more critical in use with the Truth over the stock Answer.

The rather forgiving nature of the Answer tonality combined with the 16ohm/102db setup means it will give you a solid measure of return from just about any credible source from smartphones right up to the AK380. Whilst the Truth is the more revealing of the two, its setup can actually sound the less appealing of the two the further down the quality scale you go.

Jacked out of an iPod or my Passport which I would rank bottom in the audio food chain for quality audio source and amping the Truth sounded much less engaging and also the treble response felt harsher and hotter.

By contrast, the Answer did a decent job out of the iPod Classic. Though not amazing by any stretch of the imagination it still sounded coherent and enjoyable as opposed to detached, flat, and disjointed. The Truth only really came alive once we started plugging it into better-matched sources and amps.

Crucially noise did become present with some setups, though not all, with the Truth, in particular, to be very revealing and intolerant even on some excellent budget DAPs. Sources such as the Hidizs AP100 had slight levels of noise with The Truth edition though overall it had a better performance than say the Fidue A83 which has much more present noise feedback.

The main thing I found though with this match-up was the response or the tonality of the Truth when matched with the AP100. The Truth actually was one of my least favorite matches with the AP100, outside of the Noble 4 Classic, with a tizzy top end and a far too edgy and metallic flavor from the upper mids onwards.

Using an AK120 and the optical connection with the Sound Blaster E5 I detected very low noise or hiss issues from both the Answer and The Truth edition and even on excellent budget amps such as the FiiO E12a both IEM’s performed very well indeed. 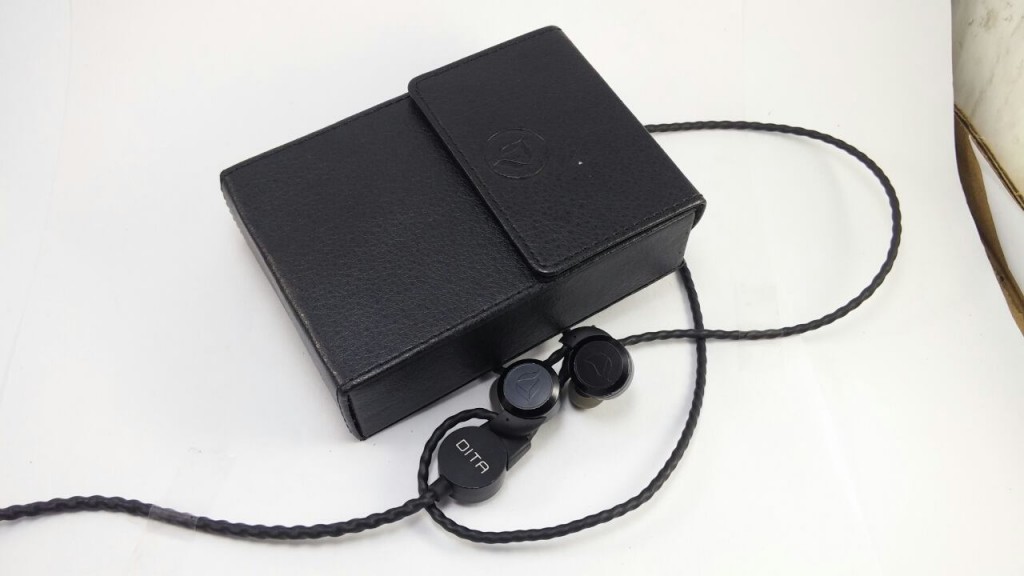 Moving up the scale the Truth really started coming into its element with the AK range, particularly the AK120 paired with the Glove A1 DAC/AMP and its rather laid back, smooth tones. The Answer edition combined with an AK120 and the ALO Audio RX with a touch of Diana Krall for about an hour or two is also very enjoyable at this price point.

That nice full mid-section of the Answer matches really well with the neutral mids of the RX. The slight top-end sizzle that I found with the ALO Audio RX/Westone W4/Ibasso DX90 pairing was toned down with only a mild elevation in the lower treble, zero sibilance and slightly weightier and more natural bass response from the excellent single dynamic driver of the Ditas.

It was really pleasing actually the RX didn’t mess with the Dita’s more natural-sounding tonality, especially with the bass detail, slam, and attack.

Instead of coloring it unnecessarily the RX instead added a sense of scale to the presentation. It will never give you intimacy, especially on acoustics. For that, I would go back to something like a BA setup but the Dita/RX pairing is something I think I would use a lot in my daily listening.

The Answer’s dynamic driver also sounded excellent with both the Picollo DAC/Amp and the Picollo Amp from Cypher Labs.

It also had much more life in the treble than BA setups such as the Westone W4 sounded more rounded than the IE800 and had a bit more of a cutting edge in female vocals as well as having a wider and deeper soundstage than the Westones.

The Truth is also equally adept at desk top amping also and one such fine match was actually the nimble, fast but tonally sweet Challenger One or CA-1 amp from Tisbury Audio. These are simply superb earphones matched with the CA-1. Smooth, full-bodied, and natural-sounding earphones combined with the CA-1 excellent mids and vocals performance is full of win for me.

Driving on low gain the CA-1 pot can go to around 10am on the dial before getting a bit too loud but that is decent control for a desktop amp. The Truth is still not the ‘answer’ to hard rock with the CA-1, (get it? no?.. never mind will get my coat).

The CA-1 is relatively stubborn in that respect but matched with something like Damian Rice’s “Elephant” it is searing with emotional detail in the vocal staging and possesses a drop-dead super black background with a massive yet accurate sound stage.

The Truth’s slightly elevated bass adds some much needed lower frequency weight when needed but never as domineering as say the UM Merlin’s. It’s also a bit cleaner and more forward in the mids and treble than the Merlin when used with the CA-1.

When I mentioned vocals I do think on this occasion I preferred male vocal reproduction over female vocals which tended to show a tiny bit of harshness now and then depending on the recording.

The Dita Answer IEMs took me quite by surprise actually as single dynamic driver IEMs I was expecting something quite different, perhaps two IEM’s more or less the same separated by a bit of an expensive overhaul for the Truth Edition.

What I got instead though was two very different flavors of IEM that will appeal to two different tastes. Those who want a high-quality dynamic driver IEM that can jack out of just about anything and give you a very pleasing and engaging response will take to the Answer edition.

It is priced more competitively, far more versatile but crucially more forgiving for lossy compressed music on the go. Those who want to spend that bit extra and get something far more revealing that scales with the type of gear you throw at it will want to go instead with The Truth edition.

It scales and then some. It’s also far more exacting in matching but at the same time far more rewarding once you get the perfect match.

If you are not really going beyond a budget DAP then it could well be a bit of a waste of money despite the beautiful Van Den Hul cables. Both are beautiful but both have their target audiences very well defined.

The Answer The Truth Edition Specifications