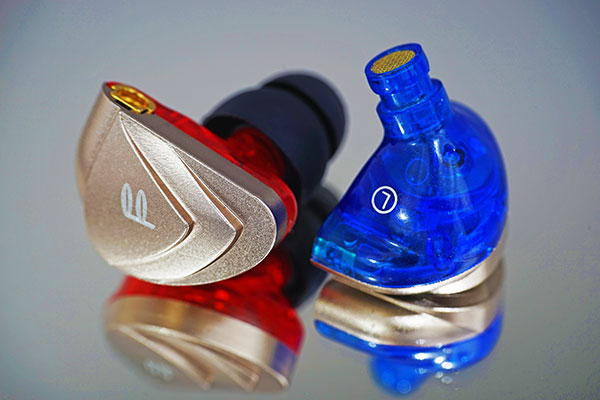 The A83 Hybrid IEM by Fidue

Chinese IEM specialists Fidue have just recently released their new flagship hybrid IEM, the A83, and Headfonics was lucky enough to be contacted by Fidue and asked if we could put the A83 through its paces with a review. I must admit I have not really tried Fidue earphones before but the consensus out there in the usual forums seem to be that previous releases have been quite well received in the IEM community. Visiting their website I actually gathered more information regarding their lineup of earphones through Google Translate than the English version which seemed rather empty in comparison.

Right now Fidue have 4 IEM’s, the A31s which we covered a few weeks ago at the budget end of the scale right up to the A81 and now the A83. All have a deep personal connection to Benny Tan, who in China is rather a well know headphone designer and is the founder of Fidue. It is also no surprise then to find out he also designed the entire Fidue range of earphones. What makes the Fidue A83 unique to the rest of the product line is that this is the company’s first step into hybrid driver and BA technology. The previous 3 models from Fidue have all taken their cue from single dynamic driver implementations. The A83 on the other hand is a hybrid design consisting of a dual BA for the mids and highs and a single 10mm dynamic driver for the lows.

Priced at around $350 US the Fidue A83 is $150 more than the older A81 dynamic IEM and competes directly with the likes of the UE900, older Westone 4R and some of the cheaper 2-3 driver custom IEM’s to name but a few. I have seen a lot of comparisons with IEMs already such as the DUNU DN2000 and the RE-600 but the only other hybrid I have had a chance to extensively try and use has been my 4 BA single dynamic UM Merlin custom and I can tell you right now the A83 is nothing like the Merlin and in a very positive way also.

Out of the box the A83 is a striking IEM with a full bodied and artfully adventurous design complimented by a red blue color scheme for left and right driver units (red right and blue left). It passes a strong resemblance to a cross between a miniature custom IEM and a Shure/Westone type unit and is designed for over the ear use as opposed to straight down. The A83 also comes packed with a pelican type small storage case, single detachable cable, tips, quarter jack and airline adapter and a collar clip. The tip selection includes s/m/l silicon, a single pair of large Comply and dual flange tips in small and medium.

The Fidue A83 uses a gold plated MMXC connector type similar to the likes of Shure and the new range from Westone but unlike these two brands Fidue have made a small adaptation to the connector to stiffen the connection and prevent unintended disconnections. Looking carefully on the external facing side of the connector on the cable there is a small metal wedge that fits into a socket on the driver unit. This ‘tweak’ is intended to give you a more stable connection but it does mean the swivel ability of stock MMXC connectors are lost. The A83 shells do not have that swivel capability like the Westone W50 or the UE900 or some of the Shure units. I was a bit worried when I initially used them the driver units fell off with little or no pressure but after a few weeks it seems to have stiffened up noticeably and the connection is indeed pretty strong and stable. 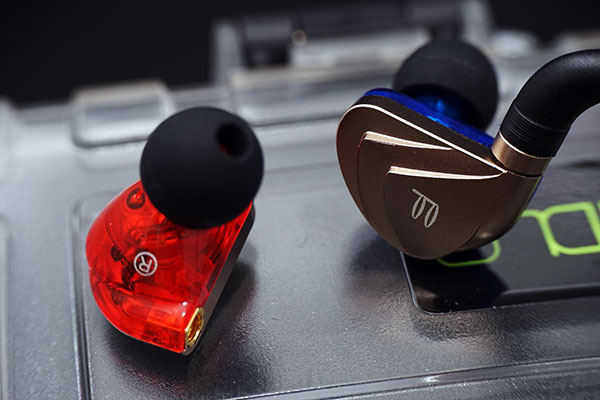 It is possible Fidue had the confidence to try out this MMXC connection mod due to the rather awesome cable they have decided to pack with the A83. Probably one of the most pliant and forgiving silver-plated OFC memory retention-free cables I have had the pleasure of using with a mid-fi IEM. It feels more durable than the Westone EPIC cable (and a good deal more revealing also) and just edges out my UE900 blue braided cable for flexibility and weight or pressure on the ear. Fidue have also seen fit to terminate it with a nice custom 3.5mm branded jack as well as a similar type metal tubing around the y-split for stress relief. The top end is encased in heat shrink which is a little bit more flexible than the UE900 equivalent when shaping around the ear and very light also. 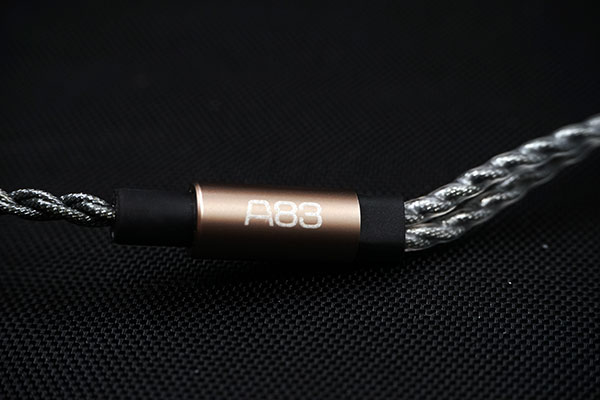 From its unassuming cardboard box finally an IEM manufacturer from China who does not insist on suede frilly display boxes or generic pill box zipper cases for storing an IEM. The faux 1010 transparent pelican case is just perfect for any IEM user. This is usually the preserve of the likes of Westone and customs manufacturers like Heir and 1964Ears so a $300 IEM with a similar case gets my vote. And pleasingly the inside foam unit holder is not a nightmare to use for once though I did notice a little pressure during wrapping did loosen the glue from the layers. Naturally a touch of super glue put that issue to rest permanently in 30 seconds. 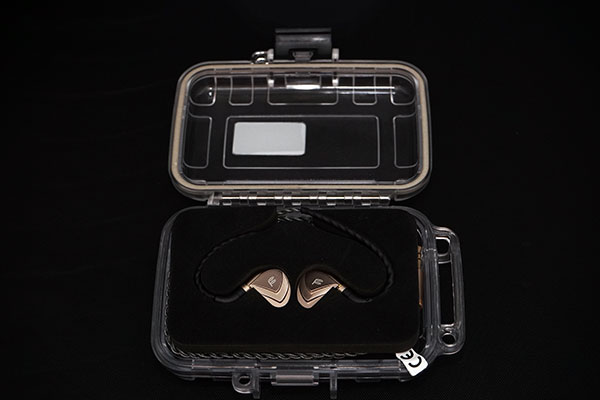 The fit was hit and miss for me to be honest with the A83. The design is unique but in some way I felt it hindered the fit just a little more than it should have. In my hand it looked like a cracking design for a seal but the seal was much harder to achieve with the provided tips than I had imagined. The fit around from the concha to the tragus and anti-tragus was smooth and firm but the unit didn’t quite sit flush with my ears tending to stick out a bit. The angle of the nozzle didn’t quite work for my ear canals meaning often the seal felt a bit loose, especially in my rather crooked and deformed left ear canal. This had repercussions for my tip selection also. The silicon tips felt too slippery and the foams actually created a slight bit of discomfort. In the end the double flange tips felt the steadiest, most secure and provided the best seal out of the range offered. Isolation wise the seal was good but not as complete as the UE900 or the Westone W50. Background noise was audible on quieter tracks during some instances taking away from an otherwise engaging performance.

I had actually spoken to Michael from Fidue during the review write up on the tip issue. I did advise looking into the possibility of testing with triple flanges to see if they gave a bit more depth and a stronger seal without the placebo of immanent loss of seal I got with the existing tip selection even if none occurred. I do mean placebo by the way because at no time did I loose the seal but I honestly found myself pushing them in every few minutes thinking I was about to. This is just my personal preference of course and you could be one of the lucky ones with a perfect fit.