The use of different drives, different tuning has produce two differing tonal signatures. Tonally the 6 is the warmer of the two and the slightly thicker of the two. By contrast the 6R is the flatter, more balanced and more neutral of the two earphones. It also sounds drier than the 6’s slightly wetter signature. After all R means reference and that is what Jomo have gone for here.

The regular 6 tonally is slightly more colored with a slightly greater bass emphasis, a thicker sound and a slightly ethereal top end response. If anything it displays a slight u shape type of sound signature with a more recessed mid-range (but not hugely recessed). The 6R flatter response allows for more focus on the mid-range with a better vocal presence and cleaner and more detailed presentation. It also has a more linear and controlled bass response than the regular 6 series.

Both are designed to complement each other tonally. If you want flat, reference and articulation then the 6R technically should match your needs. If you want something with a bit more character, a bit of warmer glow to it with a stronger mid-bass then go for the 6. If truth be told I found neither of them to be bright or strident, both are free of annoying treble peakiness, weird metallic sheen or muddy and sluggish bloated bass.

Both the 6 and the 6R do not have a huge sub bass presence and for the 6r the bass signature is quite neutral and linear. The Jomo 6 bass though has a slightly thicker and more planted sound with better body and a slight elevation around 50-100hz to provide more slam and presence than the 6r. It still relatively constrained compared to the likes of the V8 from 64Audio or the darker AAW W300AR which hit far harder and with a great deal more texture and body. By comparison though is the more suitable of the two for modern pop, rock and EDM if you need a bit of heft down below.

The 6R’s relatively flatter and more neutral bass line drops off somewhat below 50hz and doesn’t display any noticeable mid-bass elevation making it more coherent and possibly the more realistic and less colored of the two bass signatures. The 6R’s bass response also has a tighter and faster response than the Jomo 6 with a shorter decay giving it a drier and thinner edge. Bass head fans will unlikely find favor with the 6R’s bass whereas those into the lighter side of things will appreciate it dropping to the background a little to give way for a stronger mid section. It sort of reminds me a little of the Noble Classic 4 tuning but not quite as bright sounding making it much more palatable for long term listening. 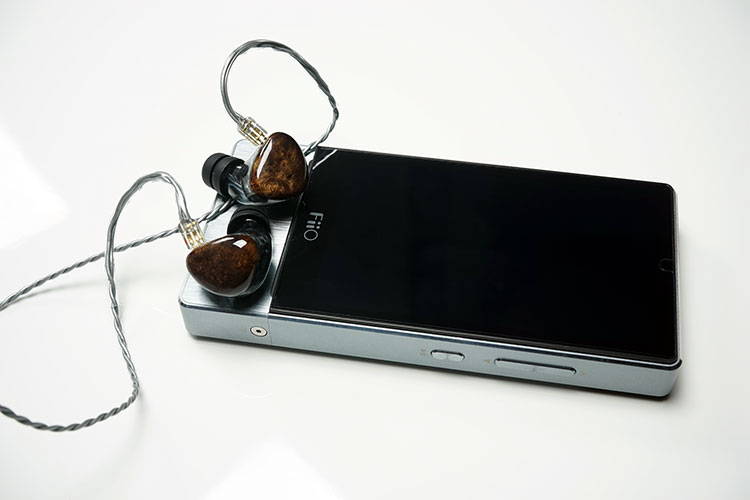 The 6R’s mid-range has a very slight dip in the lower mid-range to around 1k, though not by much, with a smooth transient from bass to the mids and an elevated vocal presence from around 2-3k allowing vocals on the 6R to shine more than the Jomo 6. Vocals, like the bass, reminds me a little of the Wizard Savant I review not so long ago; smooth, slightly forward but slightly thin sounding. They are accurate though but not huge sounding or euphoric in nature. Very much a neutral/natural sounding affair here but the level of control though is excellent and that shortish decay is right up my alley with a largely sibilant free listening experience.

By contrast the Jomo 6 has a less prominent mid-range compared to the 6R with a bigger dip in the lower mids and a vocal presence that has a very slight elevation but not as forward as the 6R. Vocals still sound smooth and assured but the decay is slightly longer with a touch more sibilance creeping in though not by much. You only really notice it side by side with the 6R. I do need to explain that I used the phrase “less prominent” rather than recessed for the Jomo 6 mid-range. That is an important caveat as I do not think the mids are all that recessed rather the bass of the Jomo 6 and treble is more elevated placing less emphasis on the mids than the 6R.

Both trebles I would not describe as strident, peaky or harsh though the 6R has a bit more energy than the Jomo 6’s slightly more subdued highs. The 6R has a little bit more of a peak around 7k and another lesser one at around 10k to give it an added sparkle and shine. Again that short decay or dry characteristic of the 6R keeps sibilance in the lower treble in check and ensures percussion work doesn’t sound harsh or splashy. Details is excellent with a better than average articulation and decent headroom though not the airiest sounding.

The Jomo 6 by contrast has a slight peak at around 10k, more so than anything around 7k, that gives it some sparkle but doesn’t quite convey the same level of energy or detail as the Jomo 6R. If anything it sounds slightly more ethereal and less dry sounding meaning cymbals have a bit of a more natural timbre and slightly warmer tone to it but the longer decay produces a little bit more splashiness in return though not by a huge amount.

The Jomo 6 soundstage is slightly more extended height and depth wise over the flatter 6R but I actually found the separation and left right channels of the 6R to have greater width than the Jomo 6 which sounded a bit narrower mainly due to the less prominent mid-range.

The 6R also sounds a bit more forward and intimate especially with vocals which are a bit more center focused and is much better suited to sparse arrangements, vocal powered genres and anything that doesn’t need a weighted low end. The Jomo R’s more planted low end and depth makes it more ideal for EDM and pop where there is less of an emphasis on the mid-range performance. 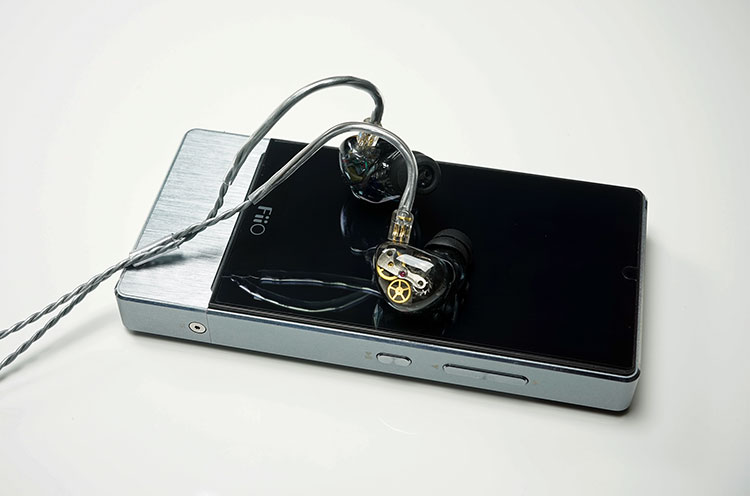 Both the Jomo 6 and Jomo 6R are fairly sensitive earphones and at 125dB and 126dB (6R) and 20 ohms each they are very easy to drive out of just about any source from Smartphone to high end DAP. Volume control for the X7 for instance was a very comfortable 60 steps, 20 steps on the budget FiiO M3, and 65 steps on the iBasso DX80. Noise levels where excellent also with zero noise at low volumes out of those 3 DAP’s tested.

Given the slightly thin sounding presentation of the 6R my temptation is to pair them with a source or amp that has a richer signature such as the DX80 over the X7 or the Vorzamp Duo over the iBasso D14. Then again the detail of the 6R is slightly superior than the Jomo 6 so it does pair well with the X7’s superior resolution to the DX80 especially for acoustics and classical. One superb catch all in terms of richness of sound and detail was Lotoo’s Paw Gold DAP which really flowed with the 6R in terms of detail without ever sounding thin.

The Jomo 6 on the other hand has that slightly more musical sound to it over the 6R and as such I found it to be that bit more flexible in either amp or DAP pairings so long as the source was not inherently sibilant in the first place. Pairing with anything from the M3 to the Paw Gold sounded more than adequate with my preference with the X7 or once again the Paw Gold on low gain.

The Jomo 6 and Jomo 6R strike a different path for me than a few other CIEM and IEM manufacturers right now with their 6 driver configs. Most are hitting for either blood and guts bass or something more consumer orientated with a tapered top end. Its only when you hit flagship territory such as Vision Ears VE5/6XC do you find any sort of real orientation to vocals.

Jomo Audio, on the other hand, seem to have built the 6 and the 6R for a more discerning customer, almost as if they envisaged the guy in the studio looking for a reference sound or the audiophile who want s a bit of fun but not prepared to stray too far away from audiophile sensibilities. As such whilst the 6R is is aiming for reference quality all the way and the 6 is described as the musical one with a more weighted bass, both still sound more refrained and more detail orientated instead of all out musicality. There is a certain delicate flavor to both despite their differences. Personally I would grab the 6R for the better vocal and mid-range performance but others won’t be able to live without their bass and choose the Jomo 6 instead.

Do not forget you can grab these as CIEM’s also and increase your seal and level of customization which for me I think would sound ideal with the 6R just to grab every ounce of detail that maybe otherwise lost with the universal version.