Fast on the heels of the Amperior comes Sennheiser’s Momentum headphones and they are proof positive things are changing within the Sennheiser R&D in terms of how they view the market and the growing demands of the lifestyle sector which has featured a lot more strongly now than a few years back in terms of who is buying headphones and how they are prepared to spend on headphones. If Monster can do it, so can Sennheiser eh?

And to be fair to Sennheiser they have an amazing legacy to call from to get it right and give us a fashion orientated headphone that can easily beat out the newer brands but at $350 for the new Momentum this is not going to be a cheap impulse purchase or or something to just hang around your neck unless your just simply loaded to begin with. At $350 you are going to actually want to listen to it as well as admire it before you even think of handing the cash over. 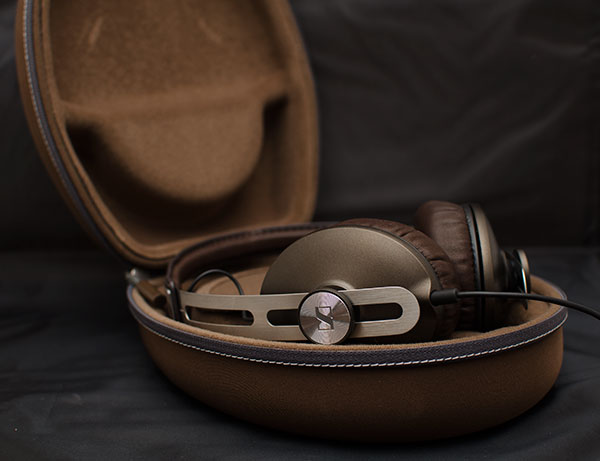 As a fashion statement I have to admit brown is a seductive color for me and always will be. The Philips Downtown at less than $100 did it for me color wise when it came to me in brown, so did the Uptown and so does the Momentum. I am a sucker for browns. The packaging is a massive step up and much in the same line as the Amperior only its comes boxed with a really luxuriant suede type hard case that really goes perfectly with the headphone. I am almost afraid to take it outside with me for fear of marks, it is that sweet looking. The Headphone itself is somewhat of a departure from the classic Sennheiser looks at this end of the price bracket and pretty striking actually. The scaled down retro steel band look with twin leather banding gives it a nice warm inviting tone rather than the older utilitarian feel of previous efforts such as the HD25-1 II. This does not look like a tank in any shape or form. 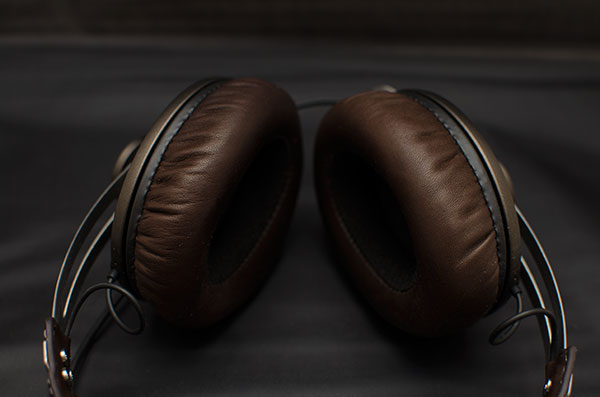 And heck this is also one of the comfiest headphones I have ever tested. Its much lighter and smaller in real life than the pics would lead you to think and the Pittard’s produced leather pads are a joy to my sensitive ears. These are built for long listening periods and I can imagine them being a popular choice for commuters with time to spare. It put the pads by similar sized (though cheaper) headphones to shame such as the Capital and the B&W P5 and even the K550 and the Amperior. This is one of the smaller closed circumaural headphones so it doesn’t quite go over all of my ear but the pads are very comfy indeed so unlike other cans that tend to grate on my outer ear after a while these don’t seem to have any such issues. It sort of reminds me of the SC Aviator pads but bigger and slightly better at sealing. At some point those with larger ears though maybe searching for a sweet spot for headband positioning due to the slightly smaller than ideal pads but my ears coped pretty well.

The Momentum cables are detachable and it comes packed with two. The slightly longer straight audio only cable and the now almost mandatory igadget cable with attached remote and mic. I normally hate igadget cables but I have to admit the Momentum one has a few very nice things going for it. The first is the design of the remote is very stylish and well put together and doesn’t suffer from noise and channel imbalance unlike the cheaper one attached to the Philips Uptown. The jack on the igadget cable is one of the best I have seen. Normally they are straight or right angle but this is a swivel type 3.5mm jack which negates the need for right angle or straight depending on the igadget socket you are using. I think that type of plug could catch on more with the mobile users, especially those with some smaller portable amps like the Go Vibe Petite or the Just Audio Uha-120. They are not the fattest cables going but look pretty durable and being changeable means well i guess you can just mod something to your liking in the long run to adjust the signature. 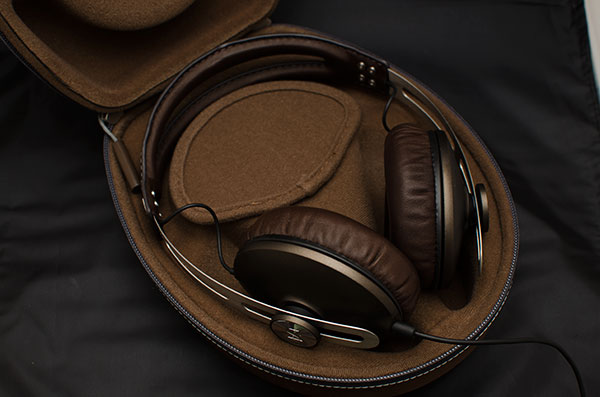 Considering the Momentum is more of a statement than a reach for flagship status I think Sennheiser have done a very good job indeed with the tuning of this headphone. They know who they are targeting with this sound. Unlike the lively Amperior the Momentum is pulled back a bit into the more classic Sennhesier laid back sound with a really pleasing warm tonality that isnt as claustrophobic as say the B&W P5 and closer to the tonality of the Philips L1. Thought similar in size to the Amperior the Momentum heads in a very different direction to the Amperior. It is not forward or aggressive but has a much better sound stage and much more seductive tonality that will not fatigue or peak.

It is not the fastest or snappiest headphone that being said. It’s bass is perhaps a bit flabby and loose compared to the Amperior and is more suited to slower rock and jazz than say heavy electronica. It impacts reasonably well though and wouldn’t be considered a bass light headphone making it flexible enough to cope with some more ambient dance tracks as well as the most standard fare mid-paced rock and jazz. 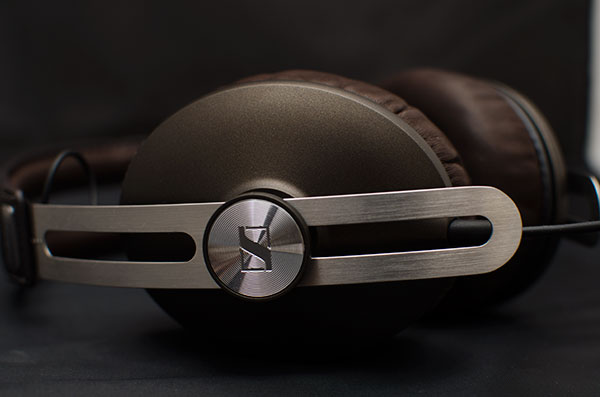 The top end is a smooth but not in anyway tapered like the TMA-1 or as dark as the TMA-1. It certainly has enough clarity and shine to prevent it from being considered a dark headphone or a niche headphone. Running out of the Just Audio uHa-120 amp I found it a tad livelier than my Philips M1 and certainly beat the pants out of the B&W P3 beside it. Not K550 levels of articulation and detail but clean and easy on the ear nevertheless. There are no sharp spikes, no nasty top end bumps and certainly no sibilance. I would say this is safe territory for Sennheiser. Sennheiser do smooth treble very well on many of their headphones. If there is one company who can do mid-fi very well indeed it is these guys.

What I enjoyed most about the Momentum was the coherence and pleasing tonality rather than any one major aspect of the headphone. They look fabulous to be honest and represents Sennheiser really taking the lifestyle market seriously but not forgetting their roots in making good sounding headphones. Some might say they are a tad safe or maybe a little less exciting than some other similarly price headphones but I think that is missing the point. These are aimed at a slightly more mature upwardly mobile market than the Amperior. For me this headphone flows rather than pounds and is a seriously tempting choice for long term musicality and listening while on the go.