Aiaiai make great headphones but they have an edge to them as a company; sort of a funky hipster thing going on with the DJ fraternity combined with a lifestyle outlook steeped in Scandinavian sensibilities. Most of their headphones have come in a range of colors such as the Capital and the Tracks, the Swirls and the Pipes but the TMA-1 has well remained largely black to be honest including the Studio edition. Nothing wrong with that actually, they look pretty darn good as they are but the with the release of the Fool’s Gold edition we have perhaps an interesting option now if you wish to break the black scheme somewhat. 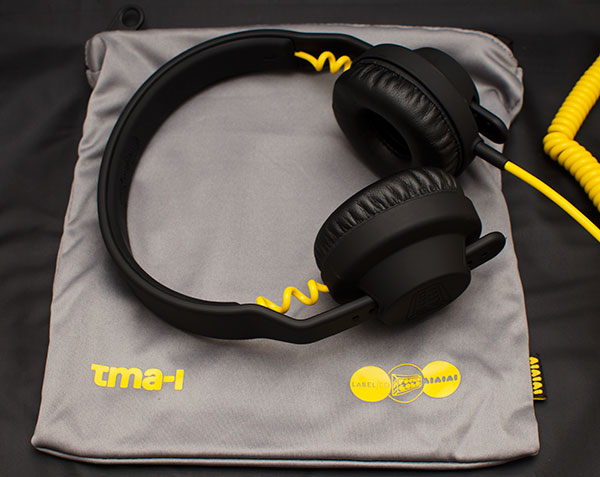 So in a nut shell before we go any further the Fool’s Gold sounds exactly the same as the stock TMA-1. That means a dark tonality wholly suited to dance and eletronica, perhaps the best in class for this in any mobile headphone I have encountered but limited really in any genre outside of this. It is a closed headphone with an attenuated treble, great mid-bass slam and slightly recessed mids but with a very comfortable if slightly loose clamp and an excellent build quality that makes it near indestructible.

The Fools Gold connection serves to reinforce the music connection, in particular the DJ following being a US-based record label founded in 2007 by DJs introducing artists like Kid Sister, Kid Cudi and Duck Sauce to the world. They also have a panache for nifty designs and graphic presentations so presumably the synergy was there to get this project off the ground with Aiaiai.

Transducer Principle: Dynamic, closed
Driver Unit: Size40 mm
Impedance: 32±15% Ohm
Load Rating: 0.1W
Frequency Response: 20 to 20.000 Hz
Total Harmonic Distortion: <0.3% Sensitivity: 110±3dB Weight w/o Weight without cable: 190 Gram The Fool's Gold edition, whilst sounding the same and more or less being the same has one or two notable changes in the setup that might attract those with some bugbears on the stock TMA-1. Far from being just a simple fashion diversion a couple of small changes were brought in to address feedback from the original TMA-1 edition. 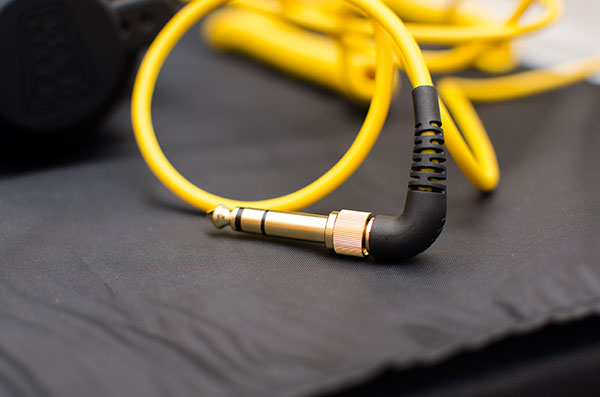 The first is the cable. Now in a bright yellow, which I might add, for the hip generation they will find this pretty striking and funky, it’s major change from the original cable in terms of functionality is the angled termination and a cable lock at the cup end. The cable lock is a welcome edition for stock users like me as the cable on the original had a tendency to come out when you least wanted it to and the lock keeps everything tight in the most demanding of conditions. DJ’s in particular will see that as a welcome bonus. The angled adapter will suit many but not sure all, certainly on some setups the angle is very welcome indeed. 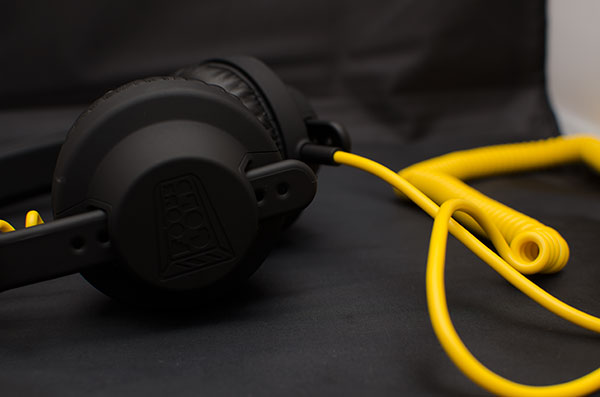 The rest of the cans are pretty much stylized for identity and branding but the box itself has gone through an upgrade now having the mechanics of the Capital case with a swing flap and plastic sheet rather than the older and more difficult slide up box. The soft cloth pouch is grey still but the lettering is now emboldened with a splash of yellow to remain consistent with the new branding. 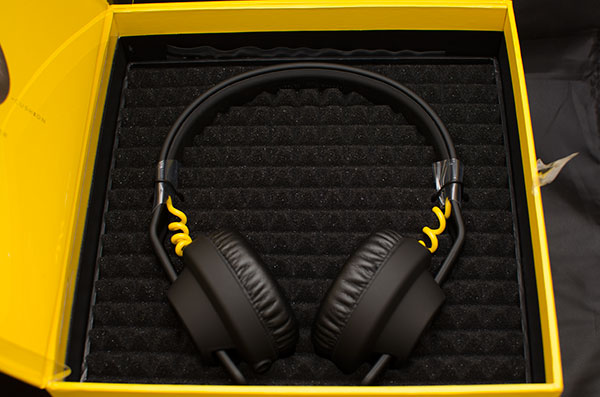 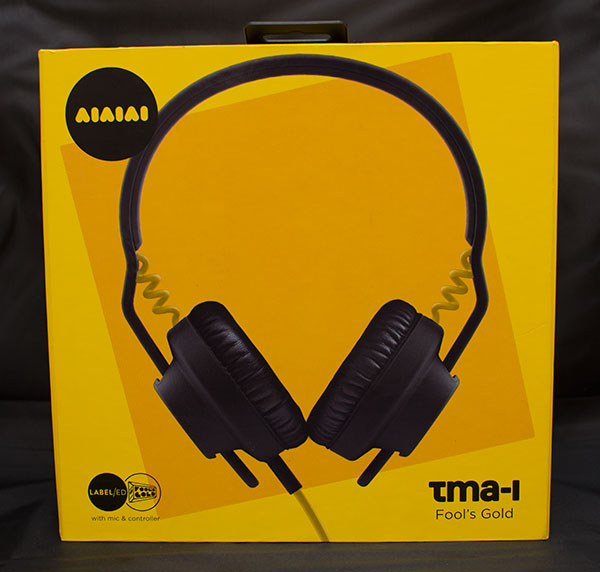 Of course if you have a TMA-1 already this is not worth getting unless you are a Fool’s Gold fan but if you are on the hunt for a TMA-1 or an excellent eletronica orientated headphone then the Fool’s Gold edition is a pretty nice option for the color scheme alone and the additional cable lock. The limited edition means the price is a touch higher though.