In today’s review, we take a look at Schiit Audio’s newest mid-range solid-state desktop amplifier, the Asgard. It is priced at $249.

Disclaimer: The Schiit Audio Asgard sent to us is a direct purchase from their website. We thank the team at Schiit Audio for shipping it safely and quickly.

To read more about Schiit Audio products we have featured on Headfonics click here.

Note, this review follows our new scoring guidelines which you can read up on here.

Schiit Audio Asgard Amp Review
The Schiit Asgard did not disappoint, it just did not offer the characteristics I was looking for this time around. For others, though this will appeal greatly.
Slide here to add your score on the gear!1 Vote
8.1
8.1
Reader's Score
$249
Schiit Audio

My word processor’s auto-correct will highlight that one! And no, I did not misspell. It’s the name of a company that sells headphone amplifiers.

According to their website, Schiit was started by two veterans formerly of Sumo and Theta, both regarded names in the audio industry. They are proud of the fact that the products are “Made in the USA”, with sensible pricing.

Schiit currently offers two products, the Asgard and Valhalla. I was fortunate enough to be able to borrow an Asgard. A quick check on their website revealed the following specifications:

So there, the most important figure I’m looking for is headphone impedance up to 600 ohms. The search for an amplifier that can drive my AKG K240M+K701 pads still continues.

What’s in this Schiit?

The packaging is sufficient, where the Asgard is protected from the usual bumps from transport by a molded foam. It is single boxed. It came with a decent power cord, with safety instructions.

In addition, Schiit supplied an RCA-3.5mm interconnect, 3.5mm to 6.3mm adaptor, and four rubber bump-on (as feet). Finally, there is a manual that tells you what you need to know with real common sense, in four pages.

For the MSRP of US$249, the supplied accessories are ordinary. In fact, the accessories’ look and quality are no better than those China- or Taiwan-made interconnects one can find at Ace Hardware or True Value. 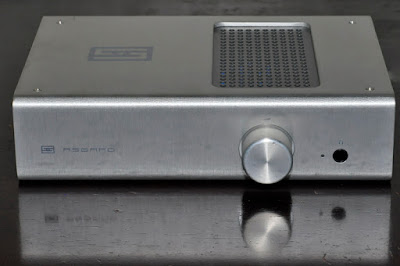 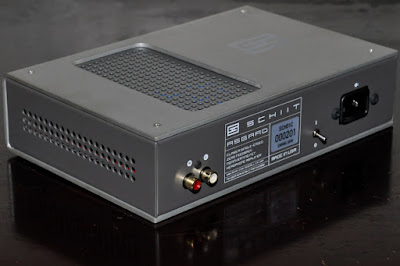 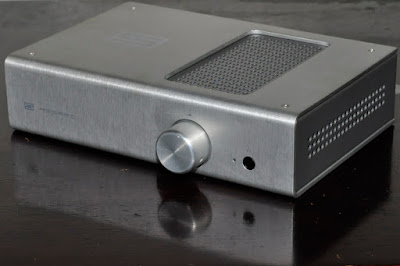 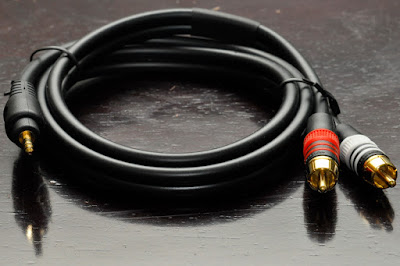 The Asgard and Valhalla share the same two-piece C-shaped chassis. The finish is decent, but I hate the screws on the top and bottom. They’re an eye-sore and could have been designed in a way where the screws are at the sides.

You better stick on the rubber feet to prevent the bottom screws from scratching your acrylic shelf, like what I have. The volume knob is also made of aluminum and has a nice feel. The power switch is of very good quality, if not for being small. It does the job done and has a solid feel.

On the front, the ubiquitous knob controls the volume. A very light marker shows the minimum volume at 7 o’clock and at 5 o’clock for maximum volume. To its right is a 6.3mm female socket to feed your headphone. A boring pale, white LED turns on when power is applied to the unit.

At the back, two decent female RCA sockets will take the input from your source. The power switch lets you turn on/off the amp. Finally, an IEC connector so you can plug in the supplied power cord, or your own.

The unit will get real hot, in just a short period but that is no cause for alarm. In fact, the manual will tell you like it is.

With the AKG K240M, I need to crank up the volume to the maximum to get a satisfying level of output into them. What the manual mentioned as “holy moly, my ears just exploded!” is certainly not realized, despite the claim of 20V peak to peak output.

With the AKG K240S, the volume indicator sits at 12 o’clock for the same level of output.

Refinement. That’s the first word that came to mind as I played the first track from a CD collection given to me by a friend. Is this the Schiit sound signature? Without an audition of the Valhalla, I would never know. But this is a good start. Having an amplifier that offers refinement and finesse is a good character for me.

Relaxed. In most of the materials I played, the Asgard presented them in a relaxed, laid-back manner. This is good for some music, but not for some. In materials where I’m looking for more rhythm and pace, the Asgard won’t give it to me.

This is a highly subjective area, some people like it, some don’t, like me. The Naim house sound of being lively, very dynamic, and musical, which I prefer, is something other people don’t like.

Dry top end. Compared to both the AMB Labs Mini³ and the Naim NAHA, Asgard’s top-end lacks air and ambiance. One might argue about the technical and claimed specs. So for the curious, here they are:

Lacks energy. In many instances, I’ve wanted more from the Asgard. The music I’m playing is full of energy and raw power, but the Asgard won’t give it to me that way. It sounds like you’re there, but you’re not. This is where the Naim NAHA will beat the Schiit out of the Asgard.

The Schiit Asgard did not disappoint, it just did not offer the characteristics I was looking for this time around. For others, though this will appeal greatly.