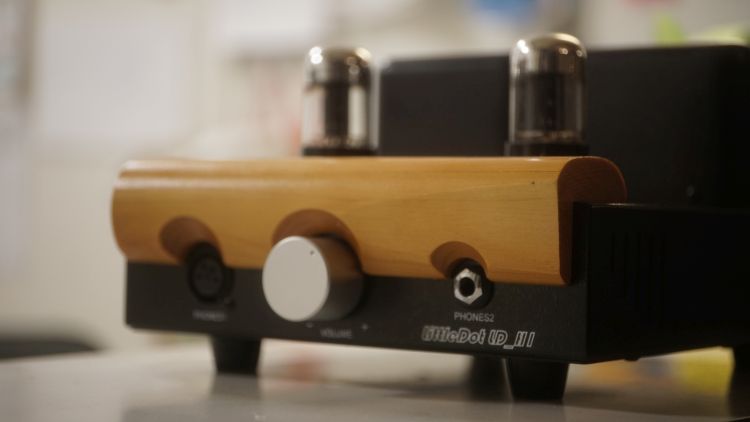 The Little Dot LD H1 is a tube-transistor hybrid, fully balanced desktop headphone amplifier capable of up to 3.5W of output power. It is priced at $1399.

Disclaimer: The Little Dot LD H1 sent to us is a sample in exchange for our honest opinion in this review. We thank the team at Little Dot for giving us this opportunity.

Little Dot LD H1
The LD H1 is a great pure sounding headphone amplifier that offers an amazing clinical tonality.  It is also great for IEM usage, so long as you are careful, and seems to play well with most DAC's out there
Slide here to add your score on the gear!27 Votes
8.4
8.4
Reader's Score
$1399
Little Dot US

The Little Dot LD H1 is a monster $1399 headphone amplifier, and then some.  Let us take a deeper dive into what that other “some” is for this beautiful thing of pure sonic bliss.  The LD H1 has fierce competition in this price bracket, so I am elated to compare it to what other amplifiers I have on hand at the moment!

The presentation box is standard, nothing special.  Mine arrived in a plain cardboard box with some foam inserts.  No official branding of a box or anything like that, at this point in pricing, I literally do not care if it does or does not.

The packaging means nothing to me, as it has been beaten into my face by other audiophiles that the added costs of development of nice exterior boxes are not adding to the cost of the product inside.

I disagreed for a while and am currently exhausted in the argument, so I have thrown in the towel.  I am totally fine with basic things and prefer it since I do not display boxes anywhere in my listening area and do not know anyone who does. 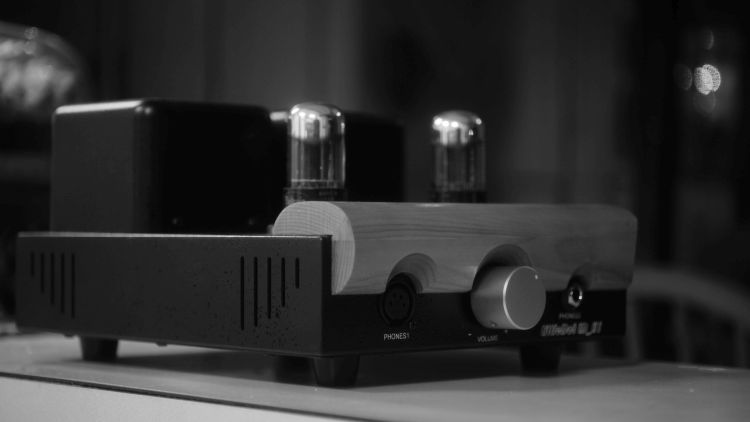 The exterior front portion of the amplifier has a nice, solid cut of wood.  An interesting hybrid design here, one that drastically contrasts with blonde wood coloration and the darker metal chassis of the amplifier.

Hardcore aluminum is always nice, but the texturing on the amplifier’s exterior is raised and looks like it was sprayed with water or something like it is always a bit roughed up.  But it is not.  It is just extra physical texturing and visual appeal.

The volume knob is high tier quality, offering a nice, smooth functionality with zero wiggle. I am using high-quality XLR’s at the moment and they have no play whatsoever when I gently jiggle them.  This is good to see, quality soldering and interior mounting of the inputs and output ports. 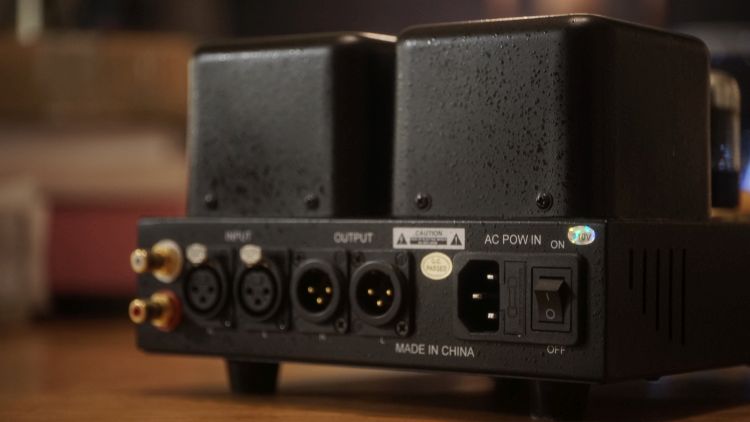 Sylvania 6N7S’s are always nice to see and offer a plethora of rolling options.  Do you need it?  Well, you might and might not, depending on your tonality preferences.  The stock tonality of this amplifier is dead neutral, super clinical.  A fantastic opposing force to the recently reviewed Feliks Audio Euforia 20th ANV amp ($3500) that I posted earlier.

Swapping between these two is like night and day.  The LD H1 is raw, pure, and unforgiving if the track calls for it.  The Euforia 20th is the complete opposite, on the musical side and much smoother.  There are some headphones I own that mesh better with the LD H1 than the Euphoria 20th, and some that jive better with the Feliks amp than the Little Dot.

Example? The Dan Clark AEON RT are not powered well by the Euforia 20th Anniversary but powered exceptionally well by the much higher output driving power of the Little Dot.

The AEON RT sounds more engaging and interesting out of the LD H1, and just flat out too boring and smooth on the Euphoria.  The LD H1 does not sound as clean as the Euphoria, but that makes sense as one of them is now priced at $1399 and the other, a monster at $3500.

As mentioned, this amplifier is very pure sounding.  Clinical is the right word.  I cannot for the life of me get this amplifier to feel velvety and warm.

I might be able to do so with very warm tube-rolling options, I do not know for sure.  I ordered a few sets that got stuck in customs, as I type this week after that order, they are still pending customs! So, I cannot safely say this amplifier relies on the tubes for tonality.

The low end of this amplifier is colorless and dynamically punchy at times.  I call it highly engaging, as I do not find it harsh with headphones that are not harsh, to begin with.

Again, the HD800 low end is snappy and frail, so it was not a good match up for me on a subjective level.  But it was a great match for the incredibly soft impact of the Dan Clark Aeon RT and even Swan Song Audio’s open back, which offers excellent bass quantity.

Via the XLR Balanced option, my Aeon2 RT has an extremely yummy feeling on the bass side, with plenty of depth.  And I consider it well defined for the price at just over a thousand dollars.  It is not the amplifier for bassy headphones, I would be opting for the Burson instead. But, if you have balanced XRL headphones and require lots of power, this is a great option for you.

I found the LD H1 to require just a bit of bass boost to really even things out down yonder via the DAC source option.  Just a small +3dB was enough to satisfy me.  Bassheads are not going to like this, because the amplifier begins to shake a bit approaching +5dB and beyond. 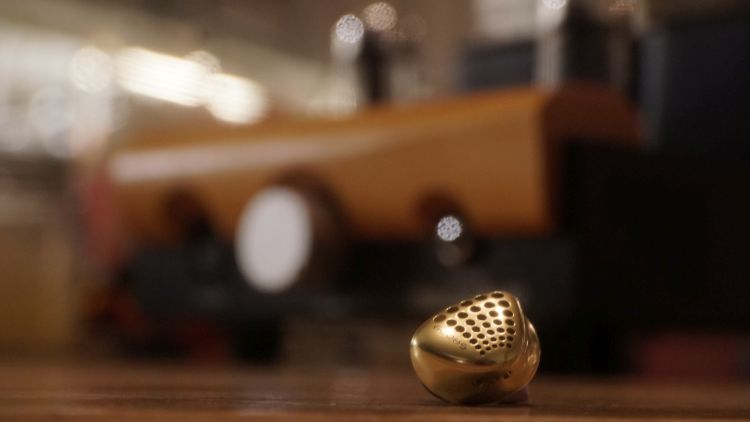 This is quite a forward sounding amplifier, so if you own Audio Technica’s, congrats! If you own widescreen effect headphones, you might want to consider something else entirely.

As far as fidelity goes, the amplifier is extremely pure sounding and highly dynamic.  That upper midrange is fantastic, lending amazing fidelity to the genres of Big Band and Jazz.

Sinatra fans?  Pay attention, please.  I have sat for hours gasping at the raw fidelity offered in the older tracks in this genre.  I am stunned by the portrayal of vocals in general with this amplifier.  As I say often, I really subjectively dislike raw clinical tone, but there are times where it is so good sometimes that I do not notice.  This is one of those rare cases.

I have found this to mesh immensely well with the new Shozy Black Hole IEMs ($800).  The purity factor is off the charts good and that lends some credence to exceptionally forward sounding tracks, which then meshes in a beautiful finale with forward-sounding headphones or speakers.

The top side of this amplifier is never sharp or hissy.  It is dead silent through all of the gear I have tested with.  Again, with harsh headphones, you get a harsh track portrayal if the track is also annoyingly painful.

Due to the excellent top side, again, when the track allows for it, the LD H1 sounds enjoyably dynamic.  Clarity is excellent for the price, but it lacks that stunning luster of the Burson.  I do not think it was intended to house that type of sound, but again, some tube rolling could easily fix that if you prefer that sound.  If not, and you love hyper purity, rejoice!

The LD H1 has you covered. I am really stunned once again by the clarity of my Empire Ears Nemesis through this amplifier.  The top side is quite shocking at times in raw fidelity factor, I do not feel like it hits too hard either.  But you can easily overdrive IEMs with that Balanced XLR, so please avoid that if possible, or at least, be super careful.

The output of the H2 is extremely high for a tube amplifier. 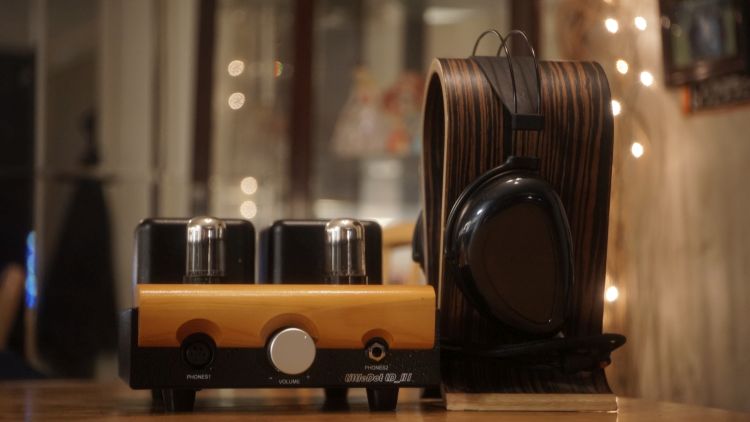 I have found that the DCA AEON RT paired the best with the H2, but that is because the RT is so soft on impact no matter what and that really tamed the dynamic kick from the stock LD H1.

Without that, the fidelity factor was absurdly good on the AEON RT for me.  Beyond that, the HD800 from Sennheiser, with the proper source tracks, was sublime as well, especially so in balanced options.

For the most part, Swan Song Audio’s open-back headphones were more well suited for usage on the Burson than anything else, but it still sounded great on the LD H1.  Having such a raw purity factor was a good thing for the plentiful bass of this headphone, taming it and driving it so well to the point that the treble seemed more vivid and enjoyable clean. 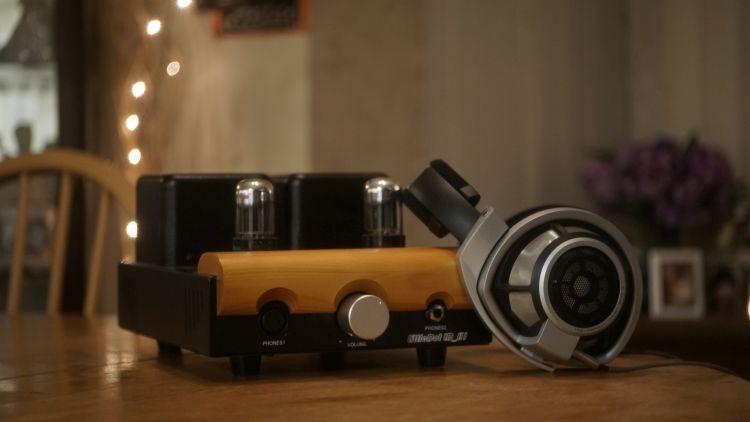 I refuse to use the LD H1 with the Sennheiser HD800 due to the overwhelming harshness and dynamic impact, but that is because I love the smoother sound, for the most part.  I want that censored, covered by some coloration.  The LD H1 does not do that.

If you have a clinical rig, this is an absurdly great option for you.  If not and you have instead a rig that is warm and musically colored, then I would be recommending the Burson series amps for this same general price range.

This route sounds cleaner and more realistic than just using the Burson Conductor 3 alone.  However, the Burson imaging is second to none and you will sacrifice sound staging vastness in left and right, height top to bottom, for the more realistically layered and forward depth realism of the LD H1.

What do I mean by that?

The Little Dot LD H1 has a more complete imaging experience than the Euforia 20th Anniversary which offers much more of a widescreen effect with a more relaxed physical presentation, vs the LD H1’s forward, bright, and vividly upfront imaging experience.

There is no doubt the Burson used as both a DAC and amplifier combo has better imaging chops than the other two.  However, as nice as it is, the LD H1 sounds noticeably cleaner in the mix.

The option to roll tubes with something much nicer than the stock tubes will only increase that fidelity factor, so I consider this a win. 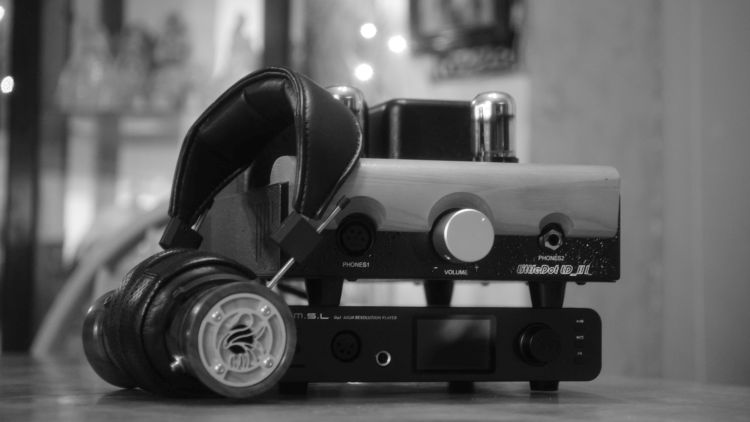 The LD H1 is a class act of an amplifier.  It houses excellent build quality, interesting visuals, and look at that what do’ know, both a balanced output and a normal unbalanced.

Who would have thought it?  An expensive thing offering options in the Hifi world in 2020?  Truly, the world is ending…must be.  XLR and RCA inputs on the back too?  Oh man, play the lottery now before it is too late. Hah.

The LD H1 is roll friendly I am told, so buy some cheaper tubes and see if you get a tonality change. If so, buy the better variants of that family and enjoy the higher fidelity factor offered with tube rolling.

For now, the LD H1 is a great pure sounding amplifier that offers an amazing clinical tonality.  It is great for IEM usage, so long as you are careful, and seems to play well with most DAC’s out there.  I could not really ask for more at this price range.