I always thought the original R3 was not the most neutral of sources, at least not as deathly analytical as the ES9028Q2M DAC implementation might have suggested. Well, with the switch to a dual Cirrus Logic CS43131 implementation, HiBy has tweaked the R3 Pro tuning to something I think is even more ‘musical’ than before.

Whether that is a change in the software algorithm or the DAC change allowing them to go in this direction I am not 100% sure. The net result, however, is a punchier sound with a slightly more natural overtone and a richer vocal delivery over the original R3.

You can also expect better PRaT on the R3 Pro than before. With any dynamic driver pairing, you can hear the difference right away.

The Tia Trio and Noble Khan pairings really showed up the more neutral R3 when compared to the R3 Pro on the low-end. The bass feels a little more physical, solid and better defined as a result. Sub-bass, in particular, seems to have more quantity which in turn teases out a better performance from these dynamic driver hybrids for bass responsiveness.

The instrumental and vocal timbre is a little richer and warmer on the R3 Pro when compared to the R3. The R3 comes across as perceptibly cleaner and brighter and also has a little less body. A lot of this seems to be connected to how the treble is delivered.

The Khan is treble sensitive and with the R3 the upper treble sounds a little thin and brittle, which in turn, leaves the timbre of percussion and higher-pitched synth sounds a shade spikey. It is not like the metallic overtone of the M9 treble but it sticks out more in its odd-harmonic overtones.

With the R3 Pro, I still get excellent articulation but the treble is a shade softer, wetter and with more body. I suspect the upper treble has a small amount of fade and lower treble response brought up a little more to fatten out the sound. It works much better for Khan’s upper mids and treble timbre which sounds more life-like and in turn, more listenable.

The R3 Pro improves on staging depth over the original R3 and generally has a more vivid or engaging staging quality, especially in the midrange where the R3 Pro’s vocals tend to stand out a little more.

Both have reasonably similar staging height but the perceived brighter treble on the R3 will give an added crispness and presence to percussion timbre. The R3 Pro tends to draw you more towards vocals and the stronger bass fundamental in lower-pitching instrumental notes. Hybrid IEM’s tended to exaggerate the differences a bit more than neutral IEMs such as the YB04 from Cayin.

With electrostatic hybrid monitors like the Jomo Audio Trinity and AAW’s Canary, there does seem to be a tendency to need a little more juice.

The Sonion stats drivers are not that efficient and whilst 60mW is more than enough current wise unbalanced I actually found the more powerful balanced output to produce better results. In fact, most dynamic driver hybrids sounded more impactful, (especially on the low-end) and responsive out of the balanced output of the R3 Pro.

The real beauty of the R3 Pro balanced output is the low noise floor. It is super quiet with a great black background, even for sensitive monitors. 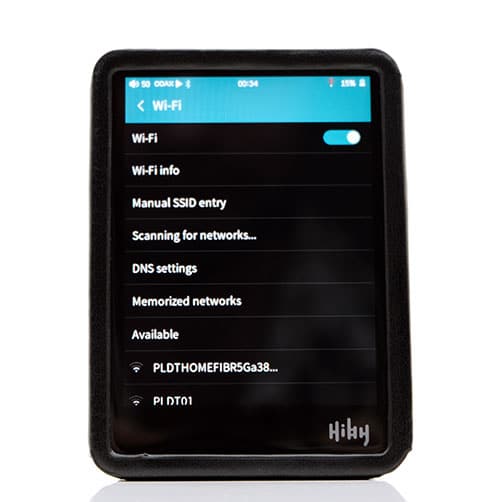 Honestly, at close range, both the R3 and R3 Pro performed at the same level for TIDAL streaming. The connection was strong and stable. This was about a 3m distance from the modem and there wasn’t too much happening with the modem at 3am in terms of data activity.

However, move away about 10m and stick 2 walls in-between the modem and both players then there was a definite difference. The R3 signal completely disappeared and the R3 Pro still showed 2 bars of signal. A bit too weak to stream TIDAL without the odd dropout but stronger than the R3 which would not play at all. The R3 Pro WiFi signal strength is a little closer now for me to the R5 than the R3 ever was. 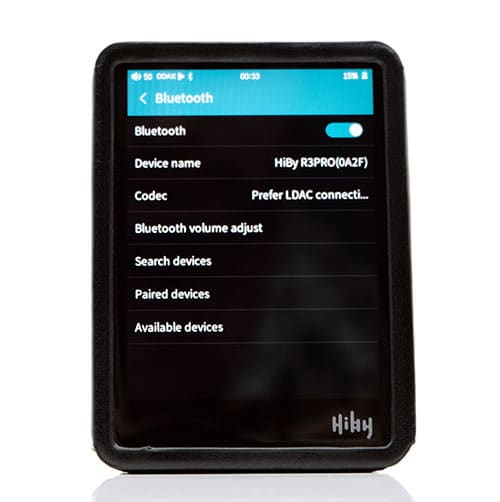 I had a mixed performance with the HiBy R3 Pro Bluetooth feature. Now in terms of connecting with a smartphone and using the HiByLink feature, I had zero issues. Everything worked as it should have.

More so, with the Samsung Note 9 and a Huawei P20 I got pretty good distance also. My house is only so long but I got right to the furthest wall in a straight line with one wooden door between the source and the R3 Pro using LDAC with no disruptions. That was about 15m. Dropping down to aptX produced the same performance and distance.

Now when I switched to DAPs as my source or transmitter I got a different story. This is more to do with the quality of BT chipset as a transmitter inside the DAPs than the R3 Pro chipset suddenly turning itself malfunctioning.

With the Lotoo PAW Gold Touch, FiiO M11 and iBasso’s DX160 I was barely getting a few meters before I turned a corner and the signal died. This was using LDAC so there is some mitigation in the reduced stability due to the high data rate transfer. However, it is pretty short and shorter than what I am used to.

What I am deducing from this is that the R3 Pro BT performance from a good smartphone will not pose an issue because the phone’s transmitting BT chipset and design is strong in its own right. However, once you water that down to a DAP where BT chipsets might be weaker or secondary to the analog performance then you might have an issue. 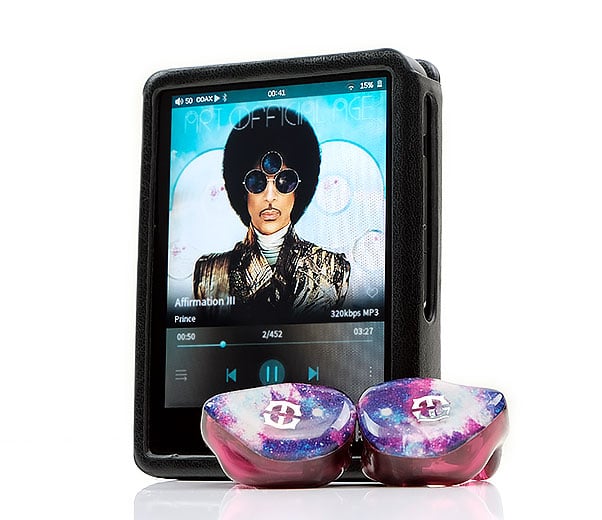 A wonderfully silent black background is what you get with the R3 Pro. Granted at 60mW into a 32Ω load the noise floor is never going to be that pervasive but this is a solid improvement over the already decent original R3 performance.

We tested with 3 IEMs, ranging from the most sensitive, the Solaris and Hum’s Dolores to the least, the Jomo Audio Trinity and RHA’s CL1 The Solaris performed like a trooper on the R3 Pro sounding incredibly quiet as well as producing a lack of audible channel imbalance at low volume. The digital volume on the R3 Pro is very steady throughout. We got the exact same results, if not better, for the Hum Dolores also which I rate as a fairly sensitive monitor.

I was presuming the large jump in output power for balanced might have some noise levels as a consequence but here also HiBy has engineered the R3 Pro to cope remarkably well, as good as unbalanced. The Solaris was quiet and so also the Pristine. Again, a much-improved noise floor compared to the R3. 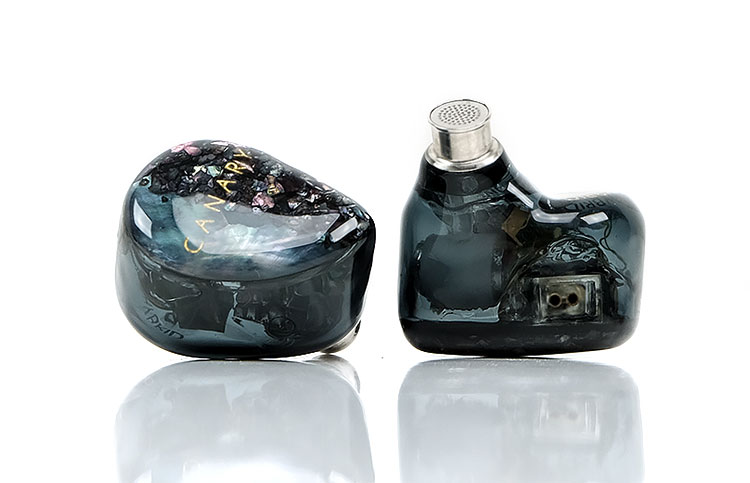 On the flip side, the R3 Pro can’t deal with the RHA CL1 but then again this is 150Ω and 89dB and most regular DAPs will be taxed by this special monitor. You do need a dedicated amp to get the dynamic range right and with the R3 Pro, even in balanced, the high is too brittle for me.

I wouldn’t push the R3 Pro that far with headphones unless you are going portable with a 32Ω load on a dynamic driver. Something like the Campfire Audio Cascade sounded just fine balanced low-gain with more than enough headroom and current to drive them. I would go high gain unbalanced however if you are using the Cascade just so you are not pushing the volume too hard. 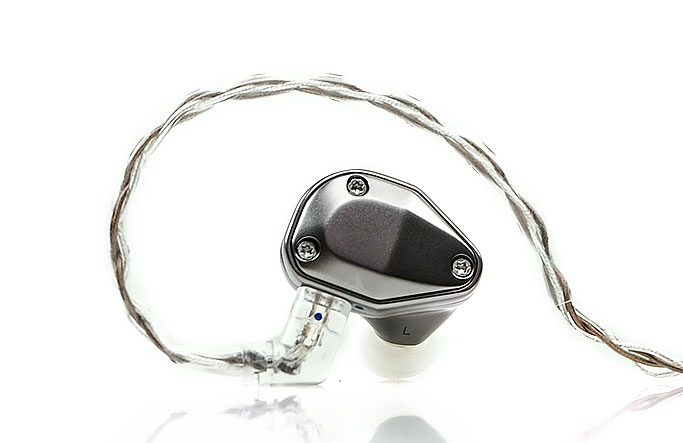 Synergy is more about power or efficiency matching than outright tonal pairing. The R3 Pro is not a bass-heavy source though I do find it punchier and tighter than the original. Its tuning is more on the slightly neutral to mid-centric side with a relatively wet vocal reproduction.

Whilst on the technical side it is not as resolving as the R6 Pro or some of the flagships out there it does pair very well in its stock tuning with vocal-centric monitors or IEMs that might require careful mids to treble matching. 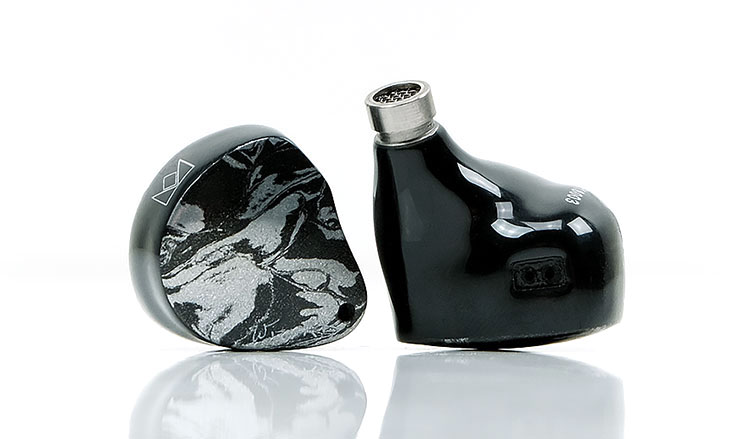 Monitors such as the FiiO FH7 and Cayin’s YB04 perform exceptionally well from the R3 Pro. With the FH7, that slightly softer top-end doesn’t overexcite the FiiO flagship’s elevated upper-mids so it is not as edgy as with their own M9 which tends to have an edgier treble signature. The YB04 is very balanced sounding with a slight mic-centric push which is just perfect for the R3 Pro’s controlled stock signature.

On the higher end of things, the Tia Trio and the Noble Khan had a similar positive response with a more liquid-like treble. Not that its overly relaxed but the attack has a softer edge to it than the M9 but still more presence than the original R3 so it sounds smooth but accurate.

The Elysium I slightly less fond of for this pairing. I felt the mids and treble to be a little closed in and not as vibrant as they can be with more neutral and very resolving DAPs. Unless you start using MSEB, which I highly recommend you do for warm and relaxed signatures, the R3 Pro works very well with cleaner monitors for my tastes.