The R3 is the original ‘big screen, small DAP’ and the predecessor to the R3 Pro. The original SRP was $229 but this was dropped to the same price as the R3 Pro just before the latest version was launched. I suspect this is, or will be, officially discontinued and a quick check on their site confirms as such with the R3 page now gone.

Inside was a single ES9028Q2M DAC implementation which was bold at the time and is still a quality DAC 2 years later. However, the R3 Pro’s dual Cirrus Logic CS43131 not only offers the same codec compatibility including MQA but also seems to contribute to a vastly improved battery life at up to 30% more balanced and unbalanced.

The other big change is the amp output. Under 32Ω loads, the balanced output of the R3 Pro is double that of the R3 from 112mW per channel to 220mW. Bluetooth has also been upgraded to BT5.0 with the inclusion of WiFi dual-band 2.4GhZ and 5GhZ.

In all other aspects, both OS and build quality the old R3 and new R3 Pro are 99.9% the same, (gold contacts on R3 Pro balanced output). All the R3 Pro OS features were on the older R3’s latest firmware before being discontinued.

The next thing is the noise floor. The Solaris is a great review tool aside from being a fun monitor because it can pick up literally any hint of hiss and a higher noise floor. On the R3 I can detect a faint hiss in unbalanced and unbalanced modes with a very annoying high click sound when pressing play in balanced mode with the Campfire Audio Solaris. On the R3 Pro, I get a black background with both outputs and no high-pitched mute relay click. 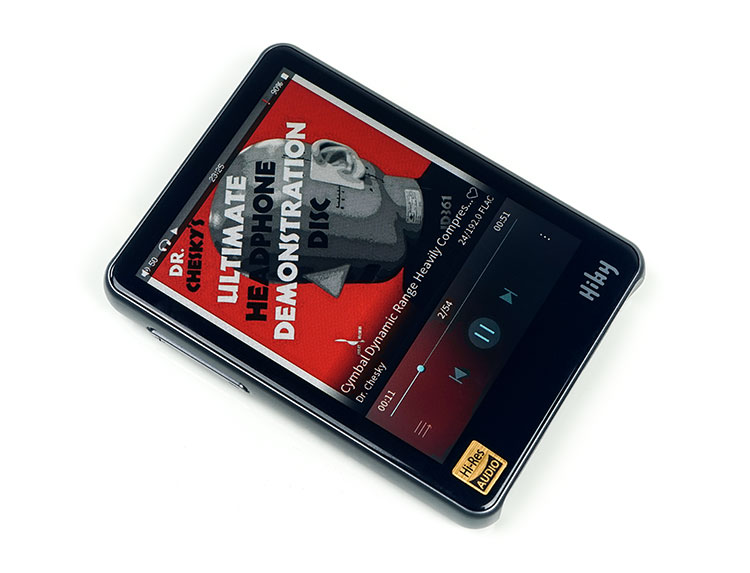 HiBy has tightened up the low end comparatively speaking with more depth and better layering in our testing with the Solaris combo. The new R3 Pro bass performance makes the old R3 low-end sound a bit softer and less dynamic in its performance.

The clarity in the mids is improved. There is a bit more of a black background and a more engaging level of instrumental separation. Vocals sound more forward or vivid on the R3 Pro in comparison and with a little more upper mids and treble accuracy.

It is that top-end push that delivers a more pleasing harmonic balance for my tastes. You get a bit more body which makes a big difference in the texture and definition, especially on whispery vocals. The R3 seems to leave the back end of the note slightly less defined, and also a little brighter and brittle sounding The R3 Pro tightens it up considerably.

The DX120 is more expensive and with a very different focus than the R3 Pro. I think there is some overlap on the target audience but with no wireless connectivity, the DX120 is positioned more as a pure player.

If you need Bluetooth or WiFi the choice here is obvious with the R3 Pro offering both. If the choice is size then it is the R3 Pro though to be fair the DX120 is not exactly big either, rather the R3 Pro is just really small. The HiBy OS on the R3 Pro is also most user-friendly than iBasso’s Mango OS. You do get a lot more tweaking capabilities and features such as MSEB, TIDAL, HiByLink, AirPLay, and DLNA.

If it is all about local music playing then the DX120 has a number of technical advantages. This includes a dedicated LO, as well as PO and balanced 3.5mm and 2.5mm TRRS jacks. Dual microSD slots as opposed to the R3 Pro’s single slot. A dedicated coaxial or SPDIF output as opposed to specifically from the USB-C port via an adapter on the R3 Pro.

Both have an excellent 16 hours plus on paper battery life and both have fairly similar real-world testing performances. Both of these DAPs really benefit from light proprietary OS as opposed to heavier Android demands. 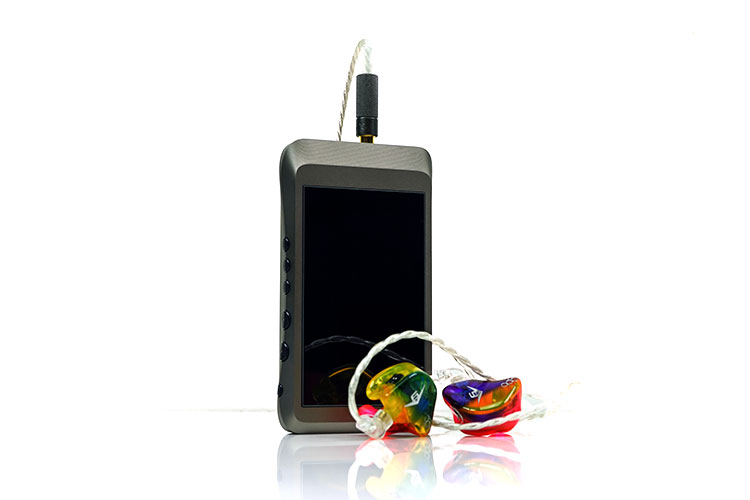 DACs differ on the 2 DAPs. The DX120 uses a single AKM AK4495EQ as opposed to the R3 Pro’s dual Cirrus Logic CS43131 and here I think the R3 Pro has some advantages. The first is the decoding capability with not just a higher DSD256 over the DX120’s DSD128 limit but also the ability to natively decode MQA, not to mention stream directly from TIDAL.

In short, the DX120 is much more powerful and will pair better for more demanding headgear but it will also have a slightly higher noise floor than the R3 Pro for sensitive IEMs. The likes of the Solaris and Andromeda will pick up a little more hiss than the R3 Pro’s more efficient amp.

With monitors, the performance of these two initial sounds competitively close but as time went on I got a better sense of where the DX120 differed. I suspect the dynamic range on the DX120 is just that little bit superior to the R3 Pro. It sounds a shade more vivid on louder passages coming in from almost complete silence or quiet solo singing on some of our test tracks such as CHVRCHES Miracle.

On the DX120, the low-end is a shade more resolving with a little more detail in its texture. From time to time the Solaris sounded a little more open on the low-end with slightly better layering on the DX120 combo. This in turns allows the DX120 to sounds a bit more holographic in its presentation.

The performance beyond that is slightly cleaner and cooler on the DX120 with a bit more lower treble push. It is not like the cheaper AK4490EQ tuning from the FiiO M9 but it is not quite as wet as the R3 Pro’s smoother delivery. Percussion on the DX120 has a bit more odd-harmonic overtone and strikes out a bit more delivering more of a contrast to its low-end performance.

The R3 Pro tends to tease out more of a mid-centric sound with a bit of a softer treble. It can often be more euphonic to my ears using the Solaris and Hum’s reference-level Dolores over the DX120 though not as dynamic or vivid.

The M9 is one of FiiO’s mid-rangers that didn’t really replace the X5iii, more of an X3iii replacement but with a slightly higher price point. This one runs $100 more than the current R3 Pro pricing, is slightly bigger but with an inferior LG IPS touchscreen screen and a huge bezel. It doesn’t scream style, more functional than the R3 Pro’s screen dominant form factor.

The M9 is an Android-powered DAP but it is not an open system. FiiO has locked this down to a white list to let the Samsung Exynos 7270 CPU breathe. So whilst it is more flexible than the R3 Pro for apps, it is not as expansive as the M11 or the HiBy R5.

Both have BT and Wifi and both can offer up to LDAC with the R3 Pro using UAT with their W5 dongles for a step higher and the M9 relying on HWA speed instead. Both offer linking BT services with FiiO Link and HiByLink and on the WiFi side both can tap into DLNA services.

The two DAPs have single memory card microSD slots however the M9 has a tiny advantage with 2GB onboard memory. I do prefer the rotary volume dial of the M9 over the button system of the R3 Pro, it feels more refined for micro-adjustments.

Decoding is also a step down on the M9 with just DSD128 and PCM 192 kHz/24BIT capability. Whilst you can download and run TIDAL on the M9 there is no native MQA playback.

The amping is set up slightly differently though the M9 also has both 3.5mm and 2.5mm TRRS capability. Unbalanced is more powerful on the M9 at 170mW into 32Ω compared to just 60mW from the R3 Pro. Balanced is similar with each capable of 220mW into 32Ω.

The noise floor on the M9 is marginally higher than the R3 Pro and the unbalanced output has a slightly high 2Ω impedance level. THD+N numbers do seem to correlate with that at 0.002% with a 32Ω 1kHz weighting for balanced and unbalanced compared to the R3 Pro’s healthier 0.0007% and 0.0008% equivalent.

The key difference here is how both players work the mids and lower treble. Again, we used the Solaris as our test IEM on both DAPs. here I found a certain harmonic imbalance creeping into the M9 upper mids and lower treble. Not surprising really as the AK4490EQ tends to have this hard-edged upper treble in most implementations acting as high contrast to its punchy warm bass.

You pretty much get that sound with the M9. It means percussion tends to stand out a bit more than the R3 Pro, you do get a bit more contrast also between the treble and bass but you also get a little more sibilance, partial overtones, and a slightly edgier sound with Solaris. This is the type of DAP that works best with warm monitors like the Lark Studio LSXC and Earsonics’ house sound.

The R3 Pro is more balanced, a little more liquid and not as pushed in the lower treble with the Solaris. It delivers a little more mids presence and better staging wide and instrumental separation compared to the M9. The M9 might be the slightly punchier of the two but it feels a little more disconnected for me than the R3 Pro’s coherent delivery. 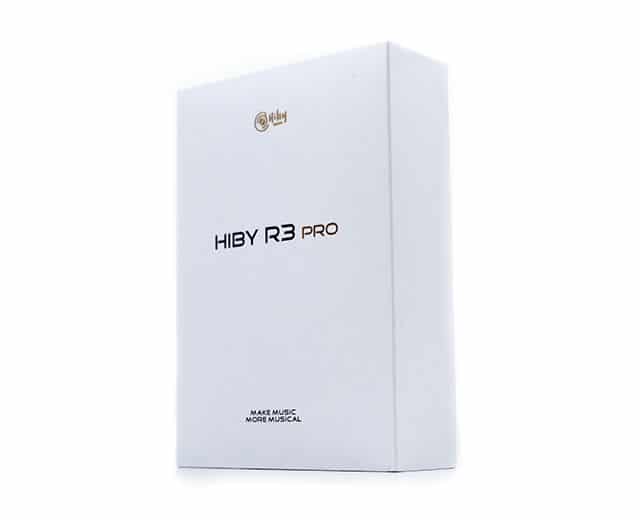 The R3 Pro is a steady evolution of an already proven platform, the excellent R3. The main improvements are in the output power and overall tuning. The tone is now a shade more natural, smoother and richer compared to the R3. The bass hits harder, the instruments fuller sounding and overall you are going to get a better level of PRaT from such this tiny DAP.

On the technical side, the noise floor is better despite the increase in power. Sensitive IEM users will have no issues with either balanced or unbalanced performance from the R3 Pro. The increased power of the balanced output, in particular, should be the default starting point.

WiFi also seems to have a bit more range than before which is something I will find personally useful in our two-story house. Bluetooth is going to be an uneven experience and will depend on your transmitting source. Smartphone users may see less of an issue there.

The rest? Pretty much the same really which is a good thing. The price of the R3 Pro has dropped also to $199 which was the departing gift of the now discontinued R3. That got to be bang for buck surely?