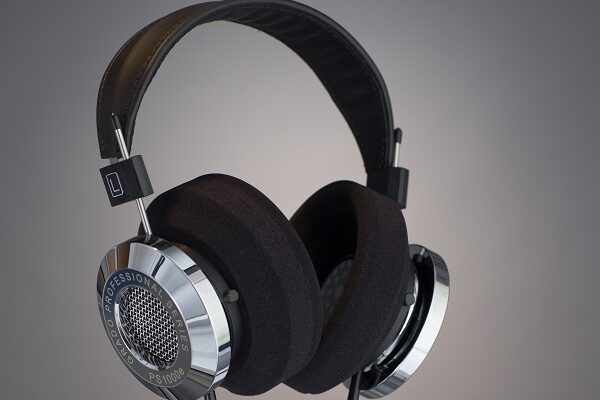 The Grado PS1000e was the company’s flagship single dynamic driver open-back circumaural headphone. It is now discontinued. It was priced at $1695.

Disclaimer: The Grado PS1000e was sent to us in exchange for our honest opinion in this review. Thank you to Grado and 4ourears USA for giving us this opportunity.

You can read more about other Grado products reviewed on Headfonics here. 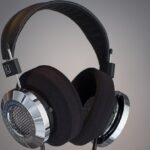 Grado PS1000e
The PS1000e is no doubt a masterful headphone, one which will send a true audiophile to audio bliss. Its reference sounding, crystal clear mids and highs, and well-defined bass are its strongest points. Folks looking for a touch more weight to their bass and do not mind a little loss of articulation may want to give the I series one last final look.
Slide here to add your score on the gear!8 Votes
7.9
7.9
Reader Score
$1695.00
Grado

While I was busy grilling Jonathan Grado about the whole new E series lineup, Lance, a writer from Singapore, was gleefully receiving the all-new PS1000e flagship from the SG distributor as well as the older PS1000i series to listen, compare, and just generally enjoy. Lucky chap indeed!

Does the E sound better than the I series? Lucky for us Lance wanted to share his findings with Headfonics.

It certainly looks very similar and it is one of the few left with the standard quarter jack along with the PS500e. However, the headphone flagship race has moved on very quickly in 4 years and there was a time when $1695 was considered the extreme end of headphone pricing.

Whilst still being pricey it is not there on its own anymore. The Audeze bandwagon has hung their finest knickers out to dry at $2k with the LCD-3 and the Abyss is positively glowing from afar at $5k a unit. Heady days indeed.

Wow, the new $1695 Grado PS1000e still comes in the same $10 pizza box. True, it is so very Grado and well known to the point of being a trademark but I am honestly not sure why something like an air-tight carry case or wooden boxes like Oppo and Audeze is not possible at this price range.

It is one of the few areas I think is actually quite easy to sort out. A missed opportunity there for Grado to move upwards and onwards.

The PS1000e box in the famous plain white box version with nothing on the sides except for a sticker at the front. Inside the box, you will get the usual foam cut out for the unit itself and a rather simple bundle of accessories which includes a 3.5mm adapter and a 15-foot long extension cable.

In all honesty, it looks almost the exact same as the latter PS1000 series before the ‘chrome’ revamp. Some people may still prefer the duller older finish from a few years back over the flashier chrome of the newer units.

Marcus is one such person (yes sorry I am boring and dull – ed) but you can’t help but admire the finish nevertheless. The shine in strong light is a total eye-catcher (ouch?) and very ‘bling’.

The PS1000e is also still the same 32ohm open-air dynamic headphone as the older ‘i’ series. Grado is not in anyway messing with this principle aspect of the design so those hoping for the mythical top of the line closed Grado will have to keep on waiting.

It sports the same large open design vents and outer mesh as the PS1000 at the center of the driver enclosure and as always noise leakage is still prevalent as in most Grados, to be frank. The PS1000e is built for ‘quiet me time’ – just you, your music and a big desk or chair one would presume.

The PS1000e also sticks with the same larger G-Cush pads used by the GS and older PS1000 series headphones. They never feel stuffy and dissipate heat pretty rapidly which is great for our sticky climate here.

Of course, they are much larger than the smaller s-cush pads and flats preferred by some and present on the PS500. Any Grado fan will tell you the choice of pads does make a difference to the Grado sound.

The G Cush will move you further from the driver and enhance the scale of the sound and soundstage though usually at the cost of a slight loss in weight and bass impact in my own personal experience.

Now the initial marketing release from Grado stated the e series will have red-marked drivers. This is an entirely new 50mm driver with a re-configured voice coil and diaphragm.

This new driver was actually in the market a few months previously in the last run of the ‘i’ series without much mention. This switch was quite subtle and possibly to test the market as much as manage the change process for recent buyers of the older ‘i’ who might claim their flagship as suddenly been devalued.

Good call Grado. There is nothing on the outside that will tell you that you have the new e series apart from the label itself. It is the same also for the interior of the PS1000e except for a small hint of red glitter on the rim of the driver. Grado has in fact alluded to this red marking already as being the tell-tale sign of an e series headphone and driver.

What also has changed though is the process by which they are now produced. Jonathan Grado pointed out in a recent interview with us, this is now modernized and updated in the belief that the new series will be better equipped for the demands of the modern listener.

The PS1000e is still essentially a hybrid design of metal and wood though externally it looks purely chrome metal. The wood itself though has gone through the new curing process in-house and the outer chrome metal is now cast with an intent to produce a higher degree of porosity.

The aim, as stated by Grado, is to reduce coloration and ringing and ensure detail and clarity are unaffected by transient distortions.

Grado has also taken the opportunity to redesign the cable with the launch of the new PS1000e. The PS1000 cable is one of the few in the lineup that survived the cut from a quarter jack to a 1/8 jack so it looks fairly similar to the older cable designs of the I series.

The cable itself is now a twelve-conductor cable design that uses UHPLC (Ultra-High Purity, Long Crystal) copper. Grado is claiming it improves control and stability of the total range of the frequency spectrum.

The PS1000e offers a reference sound signature that is noticeably more balanced throughout the spectrum compared to its predecessor, the PS1000i. I will get into this significant difference between successor and predecessor progressively.

Bass quality on the PS1000e is leaner and much more defined than the PS1000i. I could feel the rhythm and tone of the bass guitar, each note the bassist picks is clearly heard. 100% bloat-less. Clean sounding.

The midbass is great but the sub-bass is far too lean to my liking. Quantity is extra light as compared to the “i” which has a moderate quantity. For a moderate bass head, I’ve gotta admit that I did desire more bass, and even more so since the bass quality on these cans are really up there on top of the rest of its kind.

Audiophiles, on the other hand, will definitely be satisfied with the quantity and find the bass to be rather more coherent and purposeful than slamming. In short, acting in a support role to an outstanding mids section performance.

Extremely rich to the point that it starts to shine is what I’d like to describe the mids. The clarity and sheer strength of vocals, guitars, pianos, and violins on the previous PS1000i just got even better.

Expect a more intimate sounding mids (especially for the vocals) and a noticeable increase in clarity. The mids on the PS1000e are extremely transparent. No veil whatsoever seems to be clouding over the mids. Vocals are very natural and accurate sounding.

Cymbals and High Hats are accurate without any splashiness and uneven or distracting peaking. The shimmery effect is very much present giving them the natural sound and preventing them from sounding atrociously harsh and piercing to the ears.

The quantity of the highs is just right, the same amount as heard in the PS1000i. Overall there’s undeniably more sparkle here compared to the PS1000i, thanks to less prominent more lean bass, and a slightly more balanced response overall.

Like the PS1000i, the soundstage is wide enough to warp me into a giant concert hall with a stage, big enough to fit a 50 men orchestra band. Yet it can at times be quite intimate also with a feeling of being given the front seat just about 3 meters away from the stage.

Credit to the G-Cush effect in part and to the new 50mm driver for delivering an expansive and accurate yet flexible stage without ever really losing that “with the band” feeling that Grado headphones are renowned for.

In the PS1000i, the bass and vocals took the center and front of the stage, surrounded by the drums, and then followed by the rest of the instruments in an orchestra (if they are included in the track). Violins, pianos, and other string instruments float around the stage and are the most intimate sounding of the bunch.

With the PS1000e things change a bit. Vocals are about 10% more forward sounding, drums following behind, while the bass takes the back of the stage joining the orchestral horn section. String instruments remain where they are, intimate sounding and floating around the stage.

Imaging and separation on the PS1000e are accurate and well spaced out on the PS1000e. Like the PS1000i I had no issues trying to focus on a single instrument whilst listening to classical music such as “Nara by E.S Posthumus”. Additionally, the open-back design of the PS1000 series (i and e) helps convey an airy presentation that never feels unrealistic or too stretched.

Overall the PS1000e is an evolution rather than a revolution over the original PS1000i. There is some slight difference in the tuning as one might expect due to the new curing and materials as well as the new driver being used by Grado. The bass response is one area that I found to differ from the PS1000i.

Presentation-wise Grado seems to have pushed the bass back a bit from the original I series with a bit more sparkle in the top end also. Whether it’s a good or bad move would definitely depend on personal opinion and what you expect out of the new E series. A moderate bass head I did prefer the more forward-sounding bass on the PS1000i than the PS1000e.

The PS1000e is no doubt a masterful headphone, one which will send a true audiophile to audio bliss. Its reference sounding, crystal clear mids and highs, and well-defined bass are its strongest points. Folks looking for a touch more weight to their bass and do not mind a little loss of articulation may want to give the I series one last final look.