Having recently watched Discovery Channel’s “How Its Made” series on a cable TV I kept daydreaming how wonderful it would be if they’d cover manufacturing state-of-the-art and exotic headphones. So how about woody headphone chambers? I thought it’s a good idea.

I already have woodified my Grado and the thought of making another one isn’t really a priority as I have other more important things to do… like laundry. Anyway, one evening I realized my Grado looks like dung. The wood has caught dirt and the “new” shine faded from use and handling. It’s also just a prototype model that doesn’t have protective grilles. So I thought I’ll take the weekend to make a more proper-looking wood chamber for my Grado. Let me start with the things you will need: 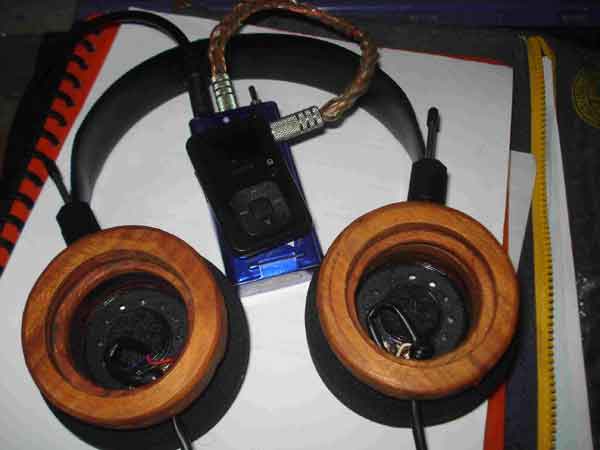 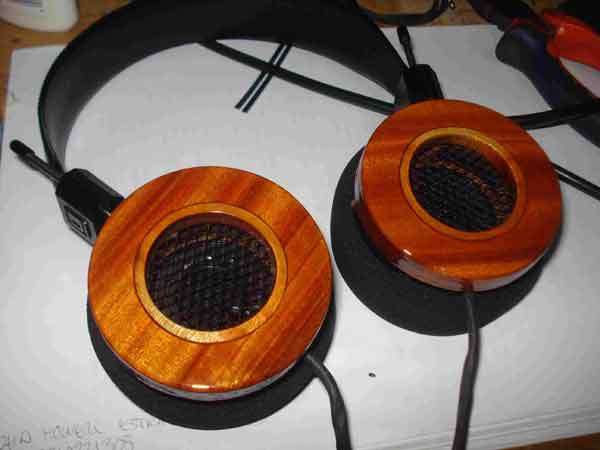 You can pick your own choice of tonewoods depending on how you want your modded headphone will sound like. High end grados use mahogany as it sits sweetly on the spot right between treble and bassy resonance.

Theres a graphical guide there somewhere on how different tonewoods should sound but I did not find much use for it because it mainly covers foreign wood species. In this section I will use mahogany as it’s a proven tonewood and its easily sourced.

Heres two samples of cut mahogany. One is bought from a local lumberyard and the other is a remnant from the last rebuilding of our house. 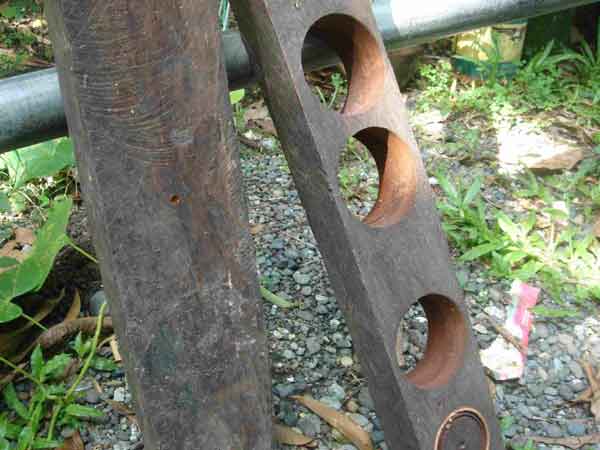 The age of the wood also affects tone, the older the wood the better is sounds, at least to me. It must be because of the wood grain density and weight. Usually, mahogany < 15years old are still white and the grain is porous and light. This is the wood I purchased, and it produced less than remarkable sound results. The wood I already had is a lot older, and I just want to use it only it is 2 inches thick which complicated the process (I need only 1.5inches), more on this later.

As a general guide, a reddish timber of mahogany is too young for woodies, the wood is white inside; a brownish timber would be older and the grains should be dense and hard, the wood is reddish inside. The purchased wood’s size about 4×1.5inch and 3ft long. I actually bought two planks at $1 for two. Anyone who would want to do this modding is strongly suggested to buy one that is 1.5inch thick, its about the right/standard length of our woodies and choose the old/oldest one by at least judging by your eyes. 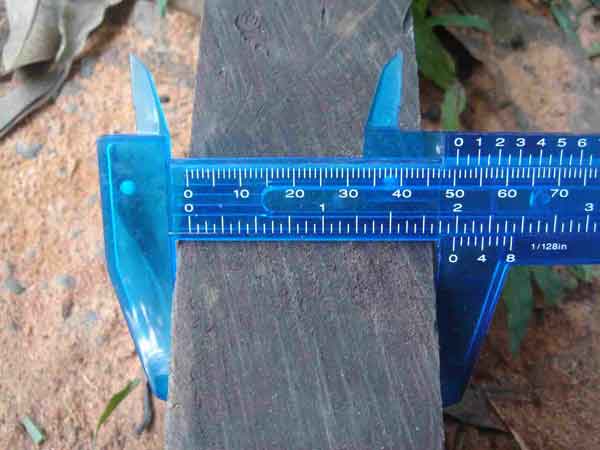 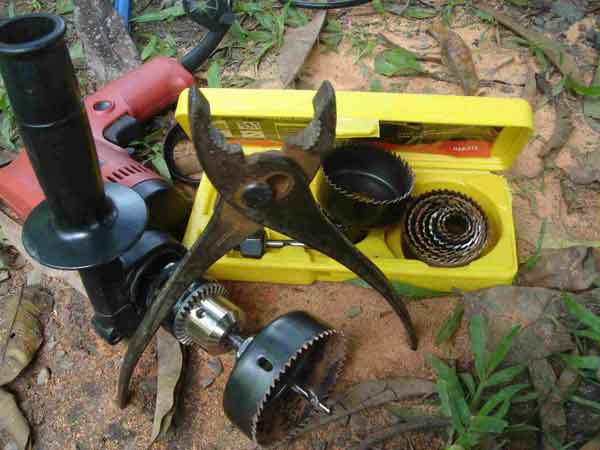 1. Pliers (a full size and a long nose pliers would be nice to have)
2. Calipers (a cheap one can be had for ~P60) *optional but very useful* 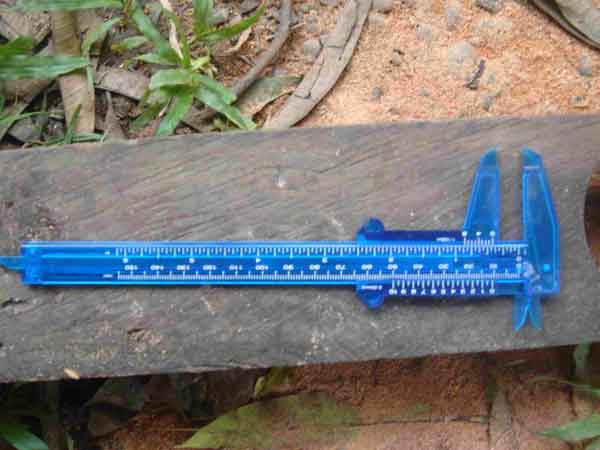 1. Polyurethane *if you want to varnish you woodies* (~P180/can)
2. Linseed oil or any wood stain *if you want to stain your woodies*
3. Glue (wood glue preferably) *the typical Elmers work fine*
4. Paintbrush (for staining/varnishing) *or a piece of sponge*
5. Sandpaper. Just get two types, soft and rough.
6. Grills to cover the chamber hole. [I used those cheap office grill trays]