This is a review of the Frends – ‘The Light’ Headphones which feature a 40mm dynamic driver with neodymium magnets. They are priced at $82.49

Disclaimer: The Frends – ‘The Light’ Headphones were sent to us as a sample in exchange for our honest opinion. We thank Frends for this opportunity.

To learn more about the headphones we have previously featured on Headfonics you can click here.

Note that this article follows our latest scoring guidelines which you can read up on here.

Frends – ‘The Light’ Headphones Review
Can I recommend the Frends? Well in a word no. The biggest problem with these headphones is clearly the sound leakage, to you, it may not sound like a big thing, but it really is!
Slide here to add your score on the gear!21 Votes
7.5
$82.49
Frends

I recently found out about a brand called Frends, all of their headphones look very different from most headphones on the current market- they are bright and colorful.

These particular headphones come in 6 different colors, and 3 different designs (the light, the light ‘stud’ edition, and the light premium).

You also have the option to customize these headphones- which I actually think is a cool idea if you want to go for your own look! Frends is actually a very interesting brand, I love their logo, and the colorful modern designs of their headphones, and they are all very cheap. 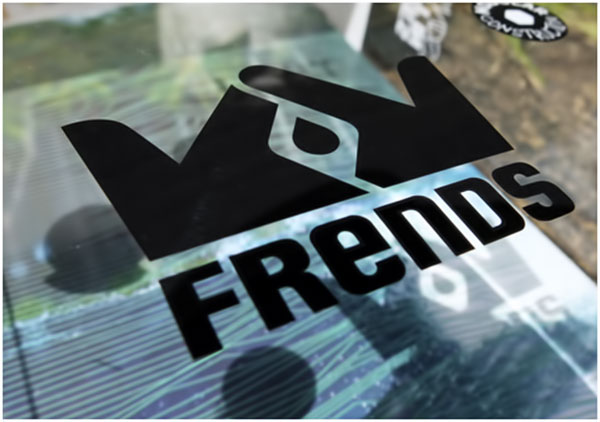 Upon receiving the product my first thoughts were that the packaging looked ok, nothing special, just simple. But there was actually too much packaging for these headphones, there was nothing else in the box apart from a paper background and a specifications card, although I am being a bit harsh, these are only £99 or $99, so a damn low price point to start off.

It would have also been nice to see some more eco-friendly packaging next time, although quite sometime after having these headphones I did notice that the box could be transformed into a moneybox- nice idea, but it is just plastic, but still, a great idea at the least. 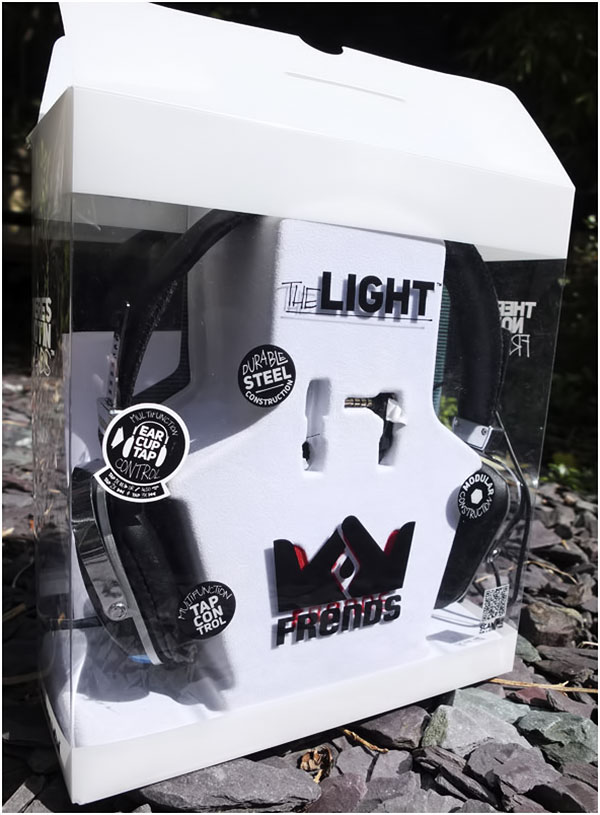 Overall, I thought that the packaging should be improved on, and considering the amount of packaging, I would have liked to see some accessories included in the box, I mean there wasn’t even a user’s manual, or a carry pouch, not that you would need them, but again, it would have been nice to have seen them included!

I did have to remind myself that these are pretty cheap headphones, so let’s stop raging on about the non-important stuff and go onto the headphones themselves. 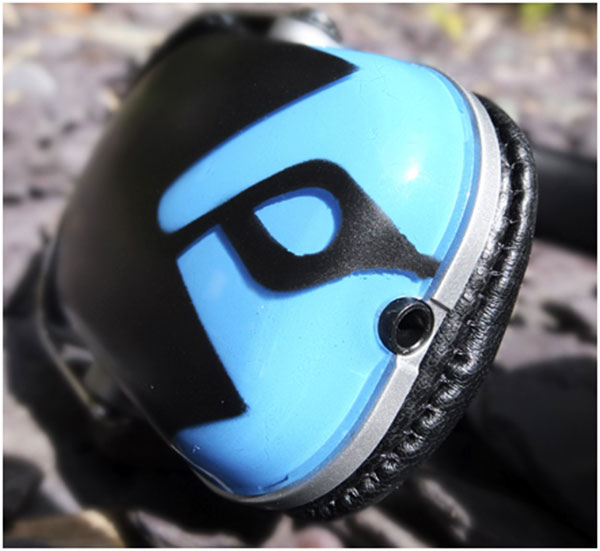 Frends say that these headphones are built to last, being made from quality materials such as steel, leather, and memory foam, it instantly sounded like they were meant to last!

After using these headphones for a long period of time, I have to agree, that they are built like a brick! They just feel as if you could do anything to them, and they would still carry on playing music from their tuned 40mm drivers.

One of the best features that these headphones offer is that they are dead rugged, but it hides that fact very well, making them appear like they would break easy- which I think is a good thing because you don’t want your headphones to look like some freaked up army challenge. 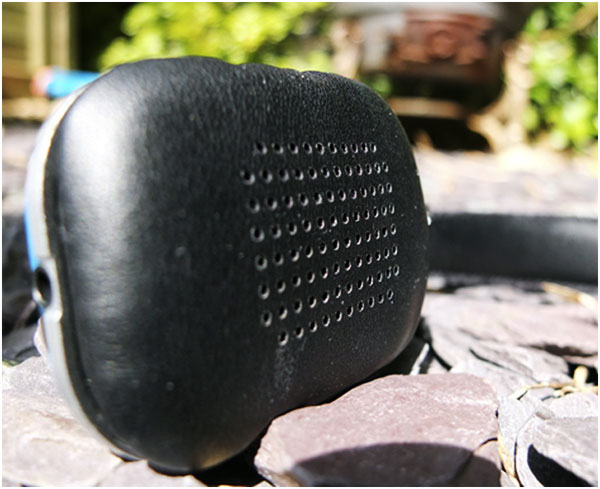 Being a portable headphone, or at least marketed for that, I have to measure a few extra factors beyond good audio reproduction. Does it carry well? Is it light? Does it seal and isolate?

Well, there is good news and bad news on that front; yes it is light (it is called the light for a reason), and they are very comfortable but sadly no carry case.

One of the things that I did find is that these headphones sadly don’t fold, but because of the supreme build quality, and the lightness of these headphones, it doesn’t really matter that much, it is just something to note!

However, there are a few more things to note, the sound isolation is pretty good, this is mainly because these are closed-back headphones, they will block out most background noise, but with good isolation, you always need low sound leakage, this is where these headphones fall flat on their drivers.

The sound leakage, in a word, is awful, almost all the sound will leak out when you are playing these headphones on your head, whatever volume you have them at, they will always leak.

I am really not sure what the problem is with these headphones, I believe the problem might be that the sound leaks out of the sides, and maybe where the cable input is, but it is a dreadful experience listening to these in the public, everyone looks at you like you are some sort of death person who fancies Niki Minaj, no but seriously it is a very bad thing about these headphones. 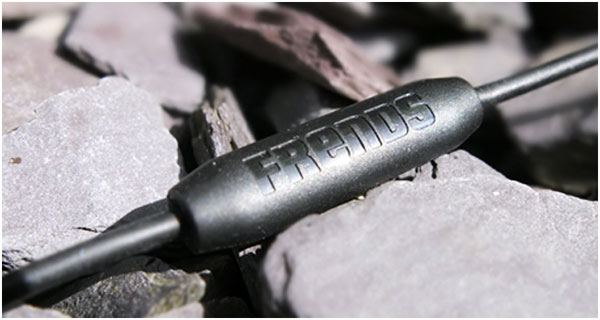 Tap control- this feature allows you to change your track, or even pause and play your songs by simply tapping either on the tapping on the right ear cup, or tapping on the mic button. There is a set number of taps.

So let’s set a scenario, you are on a train, and the food carriage comes, all you need to do is tap once to pause your embarrassing music (that everyone else can hear anyway, because of your crap sound leakage), then once the food carriage has gone again, you just tap once again to play the music.

Then your mum rings you to check that you are ok, again, you just tap once to answer, then tap once again to decline.

Then you get bored of the song you are listening to, you can tap twice to skip the track, but then disaster, you realize that you only have 2 songs on your Mp3 player, and the song that you have just skipped to is even worse than the previous song, so you tap 3 times to go back a track, easy eh?

Out of the box, I tried these on, and I was very disappointed in the sound, everything sounded flat, with bass being almost non-existent, but after a while, I found these sounding better after a period of around 100 hours of listening, now I know, most headphones need to be burnt in a little, but frends did not state this anywhere, and the burn-in time, I thought was a bit excessive!

One of the things that I did find with using them without an amp, was that they really weren’t very loud, even at the highest settings on the iPhone, they just didn’t cut it with the loudness.

So a big thing to note is even though these headphones are cheap, you will need to get a good headphone amp on top of them to get a great sound.

I recommend the FiiO E7, or HiSound Studio, which both sound great, although pay anything more than the cost of these amps (around £100-£200 or $130-$230), and you will not notice much difference in the sound, so just save you money and pay that.

The bass is very tight, although I would have liked a bit more bass, due to the fact that the highs and mids slightly wash out the bass.

This is very weird for a pair of headphones at this price range, because normally it is the complete opposite, the bass normally washes out the mid’s, but with these the mid’s seem to out-power the bass- so a big improvement needs to be done on the bass.

One of the things that I really liked with these headphones must go to the mids. It is unusual for a lower-priced headphone to have good mid’s. People don’t normally buy into that instead of preferring to jump into all bass and no action cans.

Credit to Frends for a brave move – although I think that it is a risk that has not paid off, it does, however, open it up to multiple genres and gives a bit of space for vocals and instruments to breathe more.

But one big thing to note is when you really crank up the volume, the highs do sound over-exaggerated and drown out the mids and bass completely.

I found that overall the sound of the light was above average because they are very well balanced and highly natural-sounding.

Although I think the reason why not many people have heard of them is that the bass in a word, is fairly disappointing, and I know for a fact that if someone is looking for a pair of headphones on a budget that is similar or less than this, one of the things that they will want is good bass.

It is fine if you don’t listen to dubstep or hip-hop, but a lot of people that listen to these kinds of things will have a budget similar to this (either that or they will go out and buy a pair of Dre Beats- which I do not recommend doing!). Just don’t turn the volume up too high on your amp. 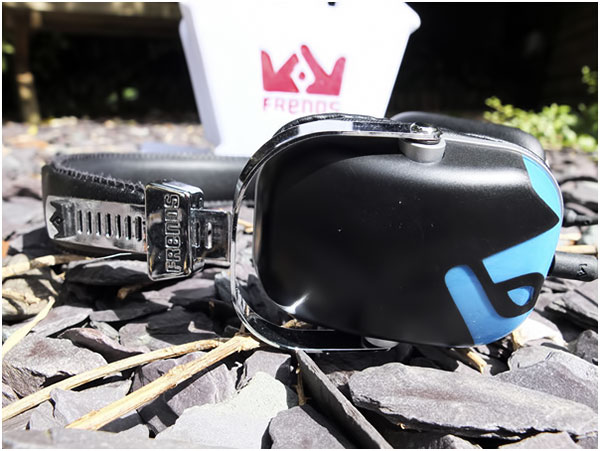 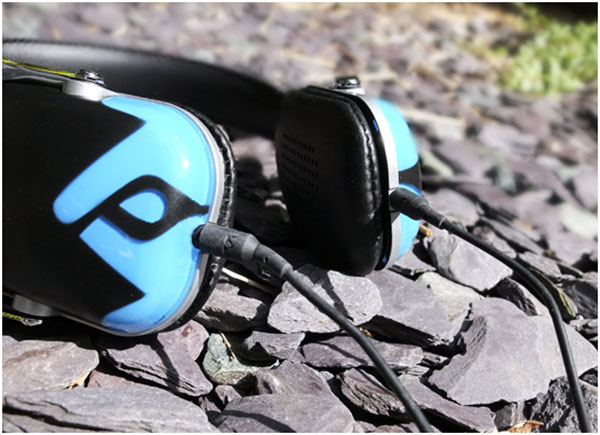 Can I recommend the Frends? Well in a word no. The biggest problem with these headphones is clearly the sound leakage, to you, it may not sound like a big thing, but it really is!

The problem is, that Frends have made a headphone that is just so comfortable, and portable, and this means the target market for these headphones is aimed at people who listen to headphones for long periods of time- people that get the train to work or something like that.

And it is a big mistake, you just should never make a headphone that is comfortable, light, and has good noise cancellation, if the sound leakage is awful.

I could understand if you wanted a pair of desktop headphones, but you wouldn’t go for a pair like this, you would go for an over-the-ear headphone that has an open ear setup, with a desktop amplifier.

And that is why I can’t recommend these, I mean if you are the sort of person who really isn’t bothered about everyone listening to your music, and you just want a good pair of lightweight headphones, that are made well, and you listen to anything but hip-hop, dubstep, R&B (you get my point).

But seriously, I just really can’t see the need for headphones like this, and there are better headphones out there for less money- for example, the Philips Citiscape that Marcus reviewed a few days ago.

So as I said, the Frends are fine if you can overcome the problems- because there really aren’t many problems, but the problems that are there are big problems, then these are a great pair of headphones that scream out quality and sound quality heaven.