Thanks to its clever phase plugs, waveguides, and off-center tweeter positions, the D11 paints a clear sonic picture of the music. On well-recorded albums, it is easy to point out the locations occupied by the singer, guitarist, pianist and backup vocals. In my listening room, there is also a nice sense of depth with singers appearing front and center with the band behind them. Additionally, the width of the soundstage clearly exceeds the boundaries of the left and right speakers.

The bass went down to 60Hz, which is actually good, given that it was several feet away from the side and rear walls. In my room, I heard a slight bump in the 80 to the 120Hz region which nicely emphasizes the midbass. This made the D11s sound big, which is desirable at its price range. A subwoofer, properly tuned, will add even more low-frequency extension, although I did not have one around to test.

The midrange is well composed and snappy. Even at loud volumes, I hear no distortion as singers raise their voices or as guitar riffs break loose. Transients such as snare drum hits and guitar string plucks start and end quickly, without any overhang. One gets a sense that these are “fast” speakers with excellent timing.

The Demand D11s can sound bright on certain recordings, particularly when playing today’s highly compressed music with its accentuated high frequencies. This was not as evident on ’60s and ’70s jazz nor on the popular “audiophile” albums. It did lend an added sense of texture as it was easier to hear the clicking of the keys of a saxophone, and even the singer’s lips opening at the start of the song.

Definitive rates the sensitivity of the D11 at 90dB/W/m. Use them with quality power amplifiers and they will hit high volumes with sounding strained. Only on very demanding peaks did I hear some compression. Once they ended, the D11 pair resumed its stress-free demeanor. This is not to say the D11 can party along with big floor standing speakers. They cannot and were never designed to, but with the right amplification, they will be able to fill a 20 square meter area with good sound.

I am grateful for the generosity of friends. Because of them, I have had many opportunities to audition a variety of vintage and modern loudspeakers in my own listening room. The D11 pair definitely sounds modern.

A favorable characteristic of many vintage speakers is their tendency to add warmth by gently rolling off the highs and accentuating the midbass. This can mellow out harsh recordings. There are a handful of modern speakers that can do this too, but definitely not the DefTech D11. If the recording sounds warm, to begin with, that is what one will hear, with a touch of added sparkle thanks to its aluminum dome tweeter. But if the recording already has a tipped-up top end, it will sound even brighter on the D11.

While I generally avoid excessively bright or harsh-sounding albums, I keep some around because they are useful in evaluating accuracy. If a certain loudspeaker, regardless of age, makes them sound warm, then it can be deemed “pleasant-sounding” but certainly not “accurate.” Based on this, the D11s are on the cooler and brighter side of accurate.

The high frequencies reproduced by all speakers will sound pronounced in rooms with highly reflective surfaces such as marble floors, concrete walls and glass windows. The D11 is no exception. Additionally, many do prefer the non-fatiguing “listen for hours without getting tired” effect a warmer sound signature brings. Fortunately, there are several ways to achieve this with the D11. 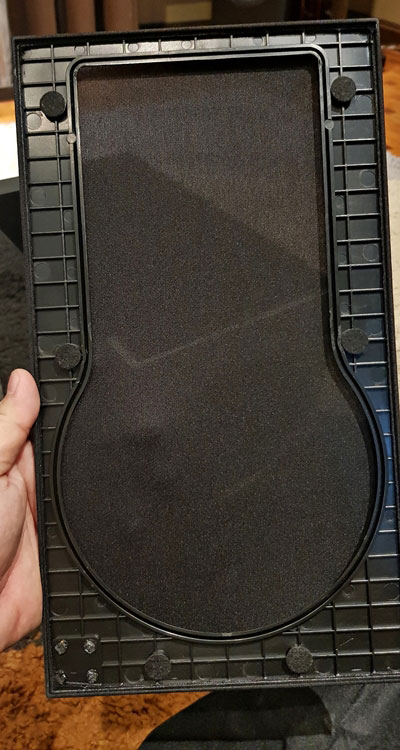 While I was able to do the first and second, I could not do the third since it means relocating the two amplifiers which weigh around 90 lbs. each with their stands. The fourth was already accomplished by various sound-absorbent panels strategically placed on the walls of the listening room.

What about the Cabasse Murano and the Goldenear Aon 3?  I reviewed them in the same room with the same equipment while listening to the same songs. How do the D11s stack up against them? Very nice, I would say.

Naturally, the Murano sounds more refined, goes deeper and plays even louder without distortion. It should, as it a three-way speaker that costs three times as much. Where they clearly outshine the D11 is on bass response, treble purity and stage depth. They could reproduce a 40Hz note in my room. The D11s could not. In addition, while the extended highs of D11 actually mirror that of the Murano, the French-made speakers sound cleaner and more true-to-life. For example, the D11 lets you hear a recording of cymbals and high-hats while the Cabasse pair puts them in the room with you.

There was also a greater sense of ambiance with the Murano. Listening to orchestral recordings, it was easier to imagine actually being in the concert hall. Fit and finish were also better. Its gloss black finish is deeper, the speaker terminals at the back are better in quality and the frame of its magnetically attached grill is more substantial. The left and right speakers are also individually packed and double-boxed, unlike the D11 where both speakers come in one carton. Of course, I would expect no less in the Murano’s price range.

The Goldenear Aon3 shares many similarities with the DefTech Demand D11. Both are designed in America and are mass-produced in China. Both are two-way, with asymmetrically placed tweeters and passive radiators. They are roughly the same size and are priced very closely. Do they sound alike? No, they do not. The Aon3 has a 7-inch mid-woofer compared to the D11’s 6.5-inch. It also sports a pair of passive radiators, one on each side of its cabinet, while the D11 has just one on top. This puts the Aon3 slightly ahead in terms of bass response. It also uses a folded ribbon tweeter rather than the D11’s aluminum dome. It sounds just as good without any extra brightness.

However, the Aon3 simply doesn’t look as good. A simple cloth sock covers four sides while the D11 has a chic piano-black finish. That sock cannot be removed while the D11 has a stylish aluminum front panel under its magnetically attached grill. If you will be looking at the speakers or if they must blend in with furniture, the D11 has the obvious edge. So obvious that the significant other may very well choose the D11 on looks alone. Mine certainly would. 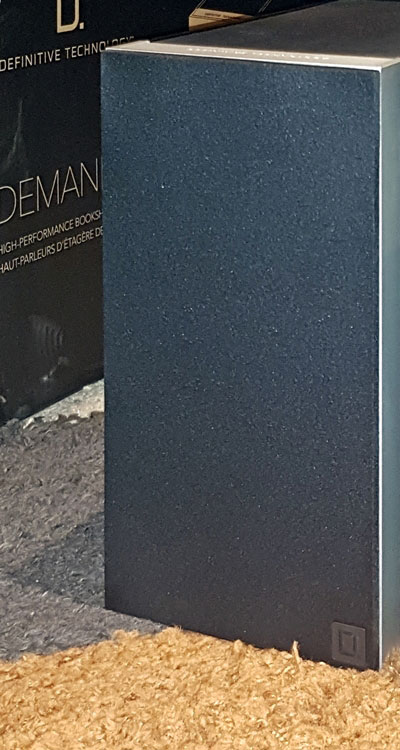 There is no such thing as a perfect speaker and as such, it is up to the designer to balance compromises in terms of sound quality versus cost. Based on what I have heard, the Demand D11 has two minor areas of improvement. 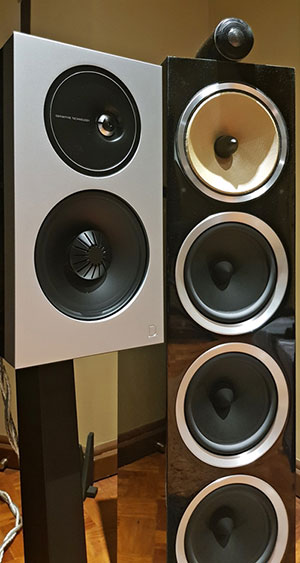 First, there is a tendency for its enclosure to ring at certain frequencies. Play bass-heavy pop and R&B at high volumes and the cabinet of my reference B&W CM10 S2 remains largely inert.

However, vibrations are felt through the fingertips when lightly touching the D11’s sidewalls. It could be due to the big passive radiator on top. Those vibrations themselves were, of course, inaudible from my listening chair but it can sometimes manifest itself as a slight bending of tone when listening to sustained notes on a solo piano. Photos found online show internal bracing. It could do with more but then its price would go up.

Second, the midrange region of the D11 is slightly recessed compared to its highs. This could be because of the D11’s tweeter, which tends to highlight brightness. In my system, a bump of a couple of decibels in the vocal range will be appreciated. This is just a minor nit-pick, as its well-engineered waveguides result in only a small change in sound character even when I sit off-axis.

The Demand D11 represents excellent value for money. Given their small size and lower price, they acquitted themselves well against my reference B&W CM10 S2 speakers.

Their elegant appearance blends well with modern furnishings. They are versatile and can be placed on a shallow shelf up against the wall. This improves its bass response and makes them sound even better. Most of all, one can sit pretty much anywhere and the sound won’t change significantly.

The Definitive Technology Demand D11 are well worth their asking price. Highly recommended.