The Clear Tune Monitor’s Da Vinci X is the company’s latest universal flagship IEM with a 10 balanced armature driver build. It is priced at $2400.

Disclaimer: The Clear Tune Monitors Da Vinci X sent to us is a sample in exchange for our honest opinion. We thank the team at CTM for giving us this opportunity.

Clear Tune Monitors Da Vinci X
The Da Vinci is a tremendously versatile reference type universal monitor and one of the better 10-drivers IEM's I have heard at this price point. The tuning is a clever mix of natural and analytical with a strong emphasis on clarity and air.
Slide here to add your score on the gear!50 Votes
8.9
8.9
Reader's Score
$2400
Clear Tune Monitors

The Vintage series was the first-ever universal monitor series launched by Clear Tune Monitors back in 2017. This was a mid-fi offering with a fairly musical approach (VS-4).

Since then, Clear Tune Monitors (CTM), has launched two new universal lines – the AS7 and, the Da Vinci Series.

I first heard a prototype of the Da Vinci Series back in Singapore in early 2018, both the X and IX. It was 5pm day 2 and my tired ears were shying away from anything neutral and more towards laid-back signatures. Asked what my preferred tuning I said the IX but given the testing conditions, you have to take that statement with a grain of salt.

Thankfully, both the X and IX are not officially launched and I have spent a few months with them here in the office and can offer something a bit more studied as to how each one performs. First up is the Da Vinci X, priced at $2400 which is the company’s most ambitious offering to date.

The Da Vinci X driver configuration is 4 for the lows, 4 for the mids, and 2 for the highs with a 5-way crossover. Both have different tunings with CTM pitching the X as their pinnacle of universal offerings for audiophile levels of detail.

The X also comes with tweakable tuning filters to subtly adjust the treble and bass by varying amounts so the precise sound is not fixed in stone. 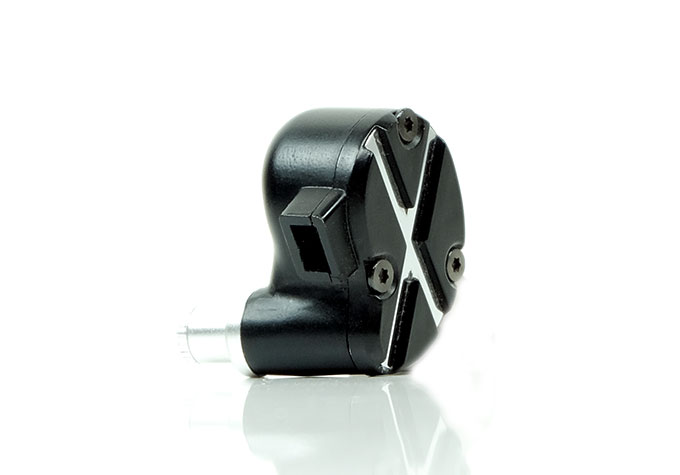 The Da Vinci X has a rugged industrial chic to its finishing combined with a ‘custom universal’ body design. The builds look robust, strong, and unlikely to break easily. This is a 3-part CNC aluminum housings with an all-black anodized finish and a detachable silver aluminum nozzle where you swap the filter.

The X has a large torq triple-screw finishing on their faceplates much like the Campfire Audio V1 designs (Andromeda, Jupiter). To tell them apart visually, since the IX has the same design,  CTM has an X cut into the faceplates with a silvery chrome finish in the cut to make it stand out.

Despite the rugged top-down looks, the body shell is quite smooth. In fact, unlike the CA early designs CTM has done a much better job of ensuring there are no sharp edges from the sides of the faceplate downwards.

The use of a contoured custom universal design on the shell body of the Da Vinci X is a welcome feature also. This is a specific shaping designed to match the common traits of most people’s ear shapes. By crafting this wedged contour it allows the Da Vinci series to fit snugly in your ear without putting pressure on your crus of your Helix or that little ridge around your ear canal.

The Da Vinci X is a fairly large design though and does stick out of your ear just a little rather than inset or flush. However, due to the design, the majority of the housing sits to the rear and away from the more sensitive ridges of your outer ear and keeps things quite comfortable.

The Da Vinci Series uses a recessed socket 2-pin 0.78mm connection and is designed to be worn over the ear. The sockets protrude ever so slightly from the main shell and the connectors on the stock cable are slightly angled but they are not UM-style protruding connectors so cable rolling is not an issue. To prove that CTM, has supplied two cables with the Da Vinci X and IX.

The first stock cable is a standard 50″ OFC 4-wire lightweight black jacket 3.5mm cable and the second is a more premium finished 4-wire hybrid with a balanced 2.5mm jack termination.

The first one I have seen many times before and it will sound ok but lacks a bit of dynamic range and openness. It is, however, light, pliant, and easy to work with little in the way of memory retention or microphonics. Strain relief on the stock cable is excellent at both ends and they use slanted 2-Pin connectors which tend to curve easier around the ear than traditional straight ones.

I believe the second one is their $180 Juba hybrid which is a 4-wire Hybrid Copper/Silver Alloy and brings a bit more clarity and treble sparkle to the X compared to the softer and warmer-sounding stock OFC. Overall, I would advise going with the Juba cable just on sound quality alone, especially if you need to go balanced with that 2.5mm connection.

It is a bigger cable but with a nice short braiding overthrow with some nice contrasting copper and silver colors from the TPE translucent jackets. All barrels and connectors look built from solid aluminum and have matching design patterns so it’s a nice finish.

The X is by no means the lightest monitor around but they certainly are very comfortable in the ear with no perceived pressure point build-up thanks to their unique body shell design.

Unlike the original CA Andromeda, the nozzle and tip combination is long enough to prevent the outer edging of the main driver housing from grating on your outer ear ridges and creating unintended discomfort.

I actually found the large foam tips to work best with the X for comfort as they seal without having to insert the X all the way into the canal. It does mean the housing is less flush but it doesn’t affect the seal and it stays pretty secure in the ear also.

The X comes with two packs of tips. Foams in small, medium, and large and silicone single bore tips in S. M, and L also. You also get one set of dual flange tips. Both the foam and dual flange isolate equally well with the dual flange tips being the comfier of the two. The single-bore silicone tips provided very little passive isolation in comparison.

The Da Vinci X packaging is professionally done and well laid out with some eye-catching labeling on the front. This is no cheap origami ‘stack ’em and rack ’em’ container.

The Da Vinci X comes in a medium-sized fold-out display box and it does look mighty impressive in terms of the internal graphics outlining the technology inside each monitor, the Da Vinci backstory, and a small window to tease the monitors and Juba premium cabling. 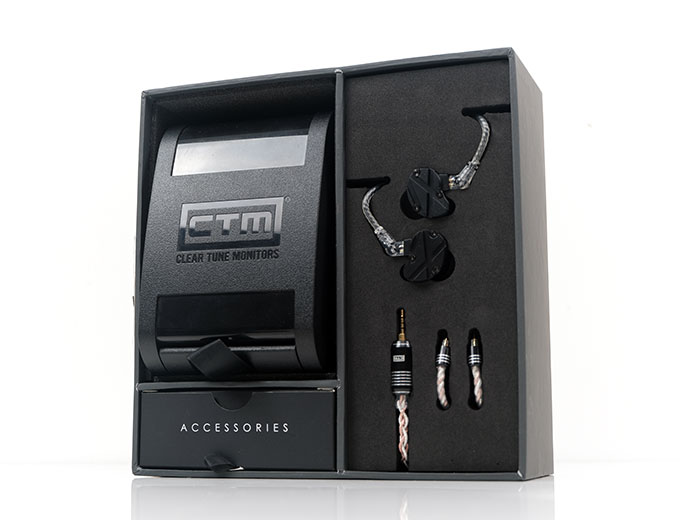 The accessory line-up for the Da Vinci X is plentiful, as you would expect at this price point. And it is not just the bits and pieces headcount but also the excellent functionality and purpose that the line-up excels in. The full accessory list is as follows:

Inside, you get a binding pole to wrap your cable(s) around, two curved compartments to store the drivers and towards the middle, a little latched storage compartment for a cleaning tool and the 6.35mm adapter.

What I especially like, though I am not sure it is intended for this, is the ability to stuff the stock tips into that little storage compartment. A feature I felt was missing from the 64 Audio version.

With both the X you also get 2 sets of tuning filters. Now what they do is not 100% clear on the boxes or in any supplied documentation. I would love to see the specifics on the box itself just to know their purpose right away.

As an FYI, the blue one is denoted as 150Ω and the red one 300Ω which does not mean a whole lot initially. A quick check with CTM clarifies their purpose in a simpler manner with the blue filters taming the treble (by up to 3dB) and the red ones enhancing the bass by up to 3dB.