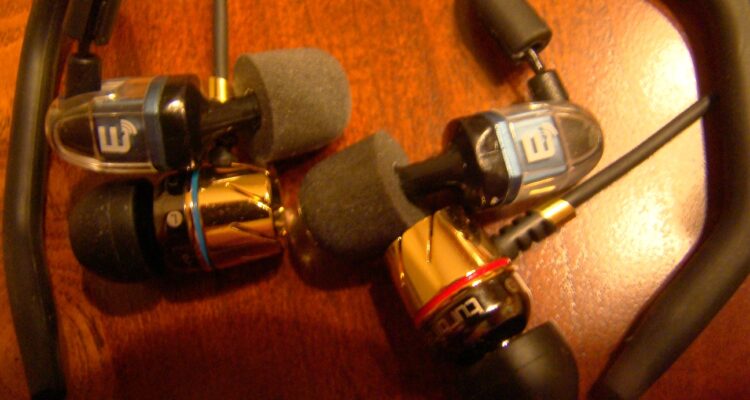 Brainwavz B2 Vs Monster Turbine Pro Gold–Venus Vs Mars

Alrighty boys and girls! Time to compare some apples and oranges! What could I possibly mean by that you say? Well, what I mean by that is the Brainwavz B2, an energetic balanced armature IEM and Monster Turbine Pro Gold, a sensual dynamic driver IEM, are gonna throw down! Who’s going to win? Read on!

Now, for those of you that are new at this, the Brainwavz B2 is Brainwavz’s new product, and their first balanced armature based IEM, and my, my, my, is it a home run! My review of them is here. The Monster Turbine Pro Gold is one of Monster’s finest attempts at creating sonic nirvana. My review of them is here. While these have totally different sound signatures, they do compete very well against each other. How? Patience, young grasshopper. There are things that need to be taken care of first. This guide was meant to be more of less of a guide on the general differences of dynamics versus armatures.

The build of the two are very different from each other, for better or for worse. The Turbines are a two piece metal housing that is rather hefty, although when inserted, does not account for much weight at all. On the other hand, the B2 housing is plastic, and meant to conform better to the ear than the Turbines, which just stick out. The nozzle is angled into the ear, which is a very nice touch; the B2 is basically flat against my ear because of this. The B2 cable is meant to be routed up and over the ear, while the Turbines can go either way. The B2 requires a reversal of channels for that privilege, sadly. I cannot comment on the cable of the B2 because I have a preproduction pair with a different cable than the production one.

The sound of the two couldn’t be more different. The B2 has amazing speed in everything thrown at it, with tight, yet punchy, bass, marvelously lucid mids, and extended treble, whereas the Golds have far-reaching, heavy bass, romantic mids, and somewhat subdued treble, while being somewhat slow because of the bodacious bass.

What? You thought that was it? Of course not! While the two are basically polar opposites, they are in the same price bracket, for the most part. They both cost about $180 new, and both are good enough to be considered top-tier. How ever will you decide? Well I’ll compare genres for y’all that are losing sleep at night wondering what $180 IEM you should get. This should be able to help you cross one off.

My source is a NaNite N2, a warm sounding player with a class A amp inside. Music files are 320kbps, like they should be!

I used Hallucinogen’s In Dub for this section. This album is pretty varied, ranging from HEEEEUUUUUGE and deep bass, which the Turbines absolutely smother the B2 in because of the magnitude of bass it can put out, to complex strains, where the B2 shines. The B2 isn’t the biggest fan of electronic, because, well, they just can’t keep up with the amount of bass impact and texture the Turbines give, and because of that, the Turbines win this round!

I used A Fine Frenzy’s One Cell in the Sea for testing female vocals, alone with a couple songs off the Chesky Ultimate Demonstration CD. Now, the Turbines have the wonderful ability to warm up and romanticize vocals, but because of this, make them sound a tad unnatural. This isn’t to say that they’re bad, just don’t expect the Turbines to be the most accurate. They are for fun and fun only. The B2 on the other hand, presents vocals smooth as silk, and for accuracy, it wins without breaking a sweat. However, there is occasional sibilance. Despite this, I give the round to the B2.

I don’t even really know what “Indie” is at this point. Sure, it’s a shortened version of independent music, but it’s almost become synonymous with music with a slight electronic-inspired background with vocals and “regular” instruments. Regardless, I’ll be using the Age of Rockets’ Hannah. It’s not the best recorded album, but it’s dear to me and I know it inside and out. This album is an equal playing field for the two rivaling IEM’s, because the album contains gentle, ethereal vocals and instruments to benefit the B2, but also contains some bass, and the smoothness of the Turbines sounds “right” with this album. The B2’s relative brightness works better with synth than the Turbines, but the Turbines add some nice chestiness to vocals—something the B2 doesn’t do for the sake of accuracy. Overall, however, I really can’t decide. Maybe give a slight edge to the B2 for one-upping the Turbines in general atmosphere.

I used Miles Davis’ Bitches Brew for this. I had a gut feeling the B2 would win out in this round, but also thought the Turbines’ warmness would lend to a soothing sound to make the decision harder. I was almost correct. The B2 has much better transient response and accuracy, along with better positioning. The trumpet sounded divine, almost real, while the Turbines warmed the sound too much for my liking, and the positioning sounded off in comparison. B2 wins this round easily. Jazz is an absolute joy to listen to with the B2’s.

Okay, no need to waste time here. Turbines win. The B2 just doesn’t really do this genre. Now an R&B-off would be more interesting, but I don’t have any R&B albums sadly. Although listening to the odd Boyz 2 Men song, the B2 is much more enjoyable.

This, I assumed, would be an interesting match up. The Turbines have the potential advantage due to more bass, which is nice to have in metal, while the B2 has its amazing speed. I used Orphaned Land’s The Beloved’s Cry. The Turbine had the upper hand in visceral impact, and grittiness in vocals, while the B2 has the upper hand in speed, where the Turbines tended to trip up at times. The winner of this round is a bit of a toss up. I’d like to say the Turbines, but the fact that they can’t keep up at times makes it hard to definitely call a winner. Let’s make it a hesitant win for the Turbines

I decided to use a Lady Gaga album because, well, I have nothing else that’s poppy enough to use here. Again, I had my assumptions that the Turbines would have the advantage due to its relative bulbousness in comparison to the B2, and I was correct. While the B2 was better with vocals than the Turbines, along with having more PRaT, they sounded anemic for the album. The Turbines, while having worse vocals and being slower with less PRat, were a much more fun listen, which is the basis of modern pop, not that most people considering to buy either of these would listen to exclusively pop, I hope…

For prog rock, I used Tool’s Ӕnima. I kind of expected the Turbines to win this round for being much more visceral. Although I did have high hopes for the B2 since it has more PRaT than the Turbines. The B2 is actually a beast with this album. It has soooo much energy that it’s hard to keep up with it. They did lack the impact of the Turbines though—something I missed in them dearly. The Turbines sounded basically perfect, simple as that. So as much as I want the B2 to win this round, I have to say the Turbines win because of the character they add to the album.

For this, I used Streetlight Manifesto’s Somewhere in the Between. I really wasn’t sure which would win this album. While ska like this usually has an electric bassline, it also requires accurate mids, which left me at a loss until I actually listened for a winner. The B2 does have its merits. Mids are downright infectious. Instruments are very realistic, cymbals are very close to accurate. Now for the Turbines, they sounded warm, as always, but something about them sounded totally wrong. They were too warm for their own good. B2 wins this round!

So let’s make a tally!

So…B2 won 4, Turbines won 5. Does this mean the Turbines are the better IEM? Hardly. Like I said in the beginning, the B2 and Turbines are total opposites of each other, each doing their own things with different strengths. While the B2 is easily the better technical performer, there is something about the Turbines’ bass that makes for a much more enjoyable listen. Basically, if you are a detail/accuracy freak, go for the B2 and never look back. It seems like you’ll have to pay twice its price to do any better for that (south of the ER4. I really wish I owned a pair to compare to). If you want a fun IEM, but still want accuracy, I’d find it hard to do much better than the Turbine Golds.

If I had to pick one, which would I pick? Well…I think I’d have to go against my philosophies as a midrange lover and pick the Turbines. (HEEEEUGE EDIT: It’s been almost two months since I’ve used the B2’s, and I have to say, I really, really miss them. The Golds have actually started to bore me with their predictable bassy presentation. So much so that I’m thinking of trading the Coppers I have for an ER4 to get the sheer detail I’ve been missing. I’d like to change my original statement. The B2 wins. As fun as the Golds are, the B2 was much more exciting.) As much as I love the B2, IEM’s are meant to be used outside, where I don’t analyze music as much and rock out instead, and the Turbines do that beautifully. In short, dynamics tend to replicate bass better than armatures, giving a certain “oomph” that’s hard to do for armatures, whereas balanced armatures easily have speed and detail over dynamics. Again, this is a basic synopsis, not meant to be an end all be all. There are anomalies, such as the RE0/RE252 for dynamics, and the Image X10 for balanced armatures.