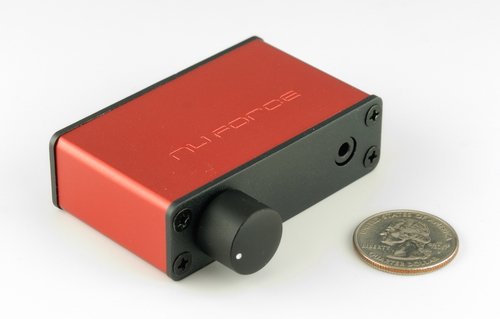 As everyone knows I have got myself a new toy in the form of the Nuforce uDAC, which has been receiving mixed reviews everywhere. and insted of amking another review among the contless already found in the internet, I decided to to change things a bit and instead do an FAQ with wel,l the most frequently asked questions about uh the uDAC. so here it goes:

So how the heck do I pronounce uDAC?

Well technically, the “u” in uDAC should be written as “μ”, which is pronounced as “Mu” in greek, so it should technically read as MuDAC, which I think is butt ugly. but fortunately “μ” also symbolizes the SI prefix for “micro”  so then it should read as the MicroDAC which is the official name for the product. But again we have a problem, since it’s a bit too long. So I think we should just stick to calling it the uDAC (with u pronounced as “you”). Now that i got that off my system, let’s move on..

You said micro, so the uDAC is very small?

Well I think it is, it’s not Fiio small, but small nonetheless to be able to slip easily in your pocket. well to give an idea, a size comparison:

As you can see it’s about half the size of the Cobra and around 2 1/2 times as thick and 2 times as long as the E5 so the size of uDAC sits in the middle. considering that the E5 is already very portable and small to begin with and that the D10 is one of the biggest portable amps i’ve seen, I don’t think that the uDAC poses much of a problem with portability, unless you really have very small pockets. Not that you’ll put them in your pocket or anything but you get the point. It’s also nice to point out that the enclosure is made if brushed aluminum and very well made at that, with no creaks and any other sound coming from the inside when I shake it around.

Okay, so it’s small.  but do I actually need one?

Well if you’re the type of person who listens to music straight out of your mp3 players headphone jack with the included earbuds, or through your laptop HP out with the same stock earbuds, then no. But if you have 99 dollars to spare and wants to improve the sound coming out of your laptop, then getting the uDAC is a no brainer.

does it work on my MP3 player?

No. unless you can DIY a separate power supply for it and willing to lug around some extra cables and stuff.

So I bought it anyway. Is this CMOY?

Well whatever. so what do I get?

Minimal stuff actually, you get the unit itself, a USB cable (same type found on usb printers) and a manual.

You have many options to use it actually, so let’s start with the backside: 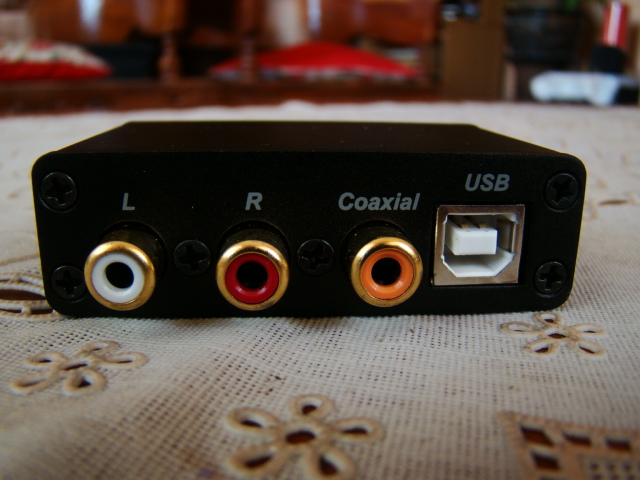 As you can see there is the LR RCA outputs which you can use to connect the uDAC to another standalone amplifier, in case you don’t have another portable/desktop amp at your disposal. There’s also a coaxial S/PDIF out, and of course the USB jack to connect to your PC or laptop. the Coax otput is also very convenient in case you want to upgrade to a better DAC, since you can use the uDAC as a USB to coax converter.

Now to the front: 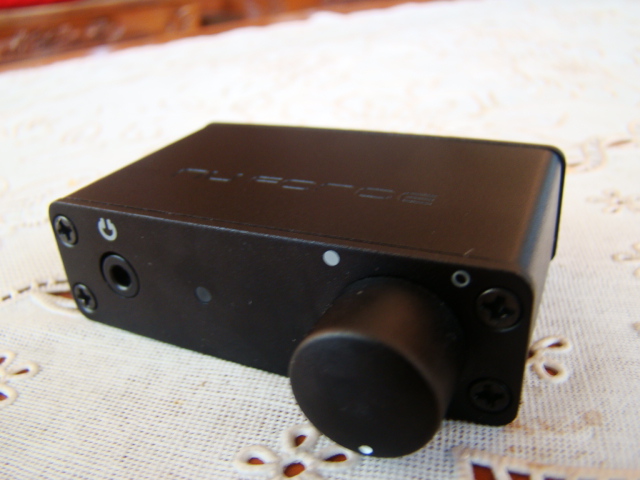 I forgot to mention that the uDAC can also function as an amplifier, hence, the HP out in front and of course the analog volume pot, to control the Amp and DAC outputs. there’s also a blue LED light to determine if the uDAC is powered on or off.

So I finally hooked it up. how does it sound?

Ah good question. well to give you an idea I have the following gears at my disposal for testing:

Firstly it’s nice to know that the uDAC HP output very powerful with my volume travel going at max at about 9:00. it’s also very silent at that, with no apparent hiss from my test gears.

Straight out of the uDAC HP out i find the uDAC to be warm sounding with forward mids and a very good low end. with the MS1 there’s more thump on the bass and mids are a bit more forward and defined. With the ESW9 (which is already warm and tubey) I find the synergy to be not as good as with the MS1. the ESW9 + uDAC combo is too overly warm and forward sounding, although I did notice a bit of improvement in PRAT. the UM3x also pairs well with the uDAC, gaining a bit of soundstage, bass and made the IEMs a bit more musical. overall I think the uDAC pairs well with Headphones and IEMs on the neutral/bright side.

Hooked up to the LD mk.II i find that compared with straight out of the uDAC HP out this combo is more on the neutral side but has a bit more airiness and smoothness to it. the ESW9 works well with this combo better than the MS1. I never tried it with the UM3x as it hisses and cackles a lot when connected to the LD.mk.II.

Now the uDAC achieves perfect balance when hooked with the D10. it’s not as neutral and laidback as when hooked to the LD mk.II and not as forward and overly warm straight out of it’s headphone out. the D10’s simply a very smooth and refined  amp to synergize almost perfectly with the uDAC. resolution and detail is the best with this combo while obtaining a fairly good amount of soundstage, bass impact and sparkle at the high end. it pairs absolutely well with the MS1 and equally as good with the ESW9 and the UM3X. During the last balikbayan meet this was also a highly favored combo among the attendees.

So, if i’m gonna rate the 3 setups above, I would go with:

Great! so now what?

Well I dunno, but I got to say that the uDAC is a fine value of a DAC/Amp, with great power which could probably drive higher impedance cans, good amount of bass and an overall musical sound signature. at 99 dollars I believe it does perform more than it’s price and is a perfect companion to busybodies who are always on the go.

PS: Do you think it’ll survive a ten floor drop considering how well built it is?

well you can try it, then report back to me. ;D