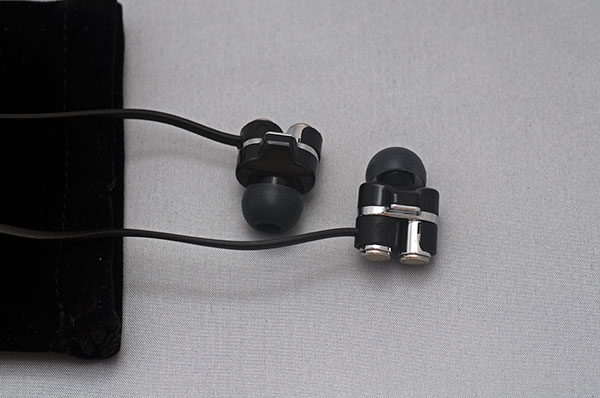 The SS01-B came to me by way of some local connections working in China right now who were extremely excited that one of their own local companies was churning out a $60 IEM that they felt could challenge some of the bigger boys at twice the price. You probably never heard of MOE before and to be frank neither had I but the infectious enthusiasm of my buddy paid off and I took a gamble and said ok lets review them. I am kind of glad I did to be honest because after a few hiccups and some burn in the SS01-B grew on me as quite a nice little find.

Much like the Brainwavz R3 recently reviewed by Kyle the SS01-B is a dual dynamic driver IEM which is starting to gain some traction as an interesting alternative to the standard single driver dynamic IEM’s and the multiple BA versions currently saturating the market. If anything these are aimed squarely against the likes of Soundmagic, Brainwavz, Fisher Audio and Rock-it in terms of likely audience and price range. It is just a pity right now they are not really that easy to get outside of HK/China but here is hoping things will change on that front.

Without rehashing too much of what Kyle said regarding the dual dynamic driver system origins and development it works basically by dividing the bass into one micro dynamic driver and the mids and highs into another micro dynamic driver allowing both, in theory if tuned correctly, to coexist in the same manner as balanced armature but with the benefits and features of dynamics drivers. Usually in my mind this means a deeper bass impact and bigger sound stage, perhaps not as detailed or speedy but more ‘dynamic’ and to some more natural sounding. There are pros and cons to both sets of drivers and debate can be lengthy on which is better so I will stay out of this one right now but suffice to say I need both and my UM Merlin is testament to that.

The other off shoot of the dual dynamic earphone though is the perception that its a bit bigger than BA or single dynamic earphones and to some extent they are right. A quick scan and some dual dynamic earphones look like sawed-off double barrel shotguns with tips with some sticking more out than in your ear. Also the positioning of drivers is debatable among manufacturers for for achieving the most optimal setup with most typically beside each other or behind each other and in the case of the Brainwavz R3 facing each other in the housing with some space.

Click here to read more on the SS01-B design…